Fish Fixe Shark Tank Update: Where Are They Now?

While seafood cravings can arise without warning, it is not always easy to find fish suitable for consumption at a moment’s notice. Entrepreneur Melissa Harrington faced such an issue when she suddenly started desiring seafood twice a day when pregnant with her second child. Moreover, Melissa and her friend, Emily Castro, had always talked about starting a business that would allow them some quality family time.

Therefore, when they saw an opportunity to kill two birds with one stone, Melissa and Emily came up with the idea of Fish Fixe, a frozen fish delivery service with a focus on quality. With viewers showing interest in Fish Fixe since their appearance on ‘Shark Tank‘ season 13 episode 7, we decided to chart out the company’s growth!

Fish Fixe: Who Are They and What Do They Do?

Fish Fixe’s co-founder, Emily Castro, obtained her Bachelor of Arts in Sociology from Texas A&M University in 2007 before joining Republic National Distributing Company as a Retail Wine Sales Representative. Emily found her job to be quite interesting, and she put her heart and soul into it, leading to a promotion in 2009 when she was made the District Manager for the Red Bull Division. Since then, Emily has never looked back and has passed one milestone after the other on the way to the top. 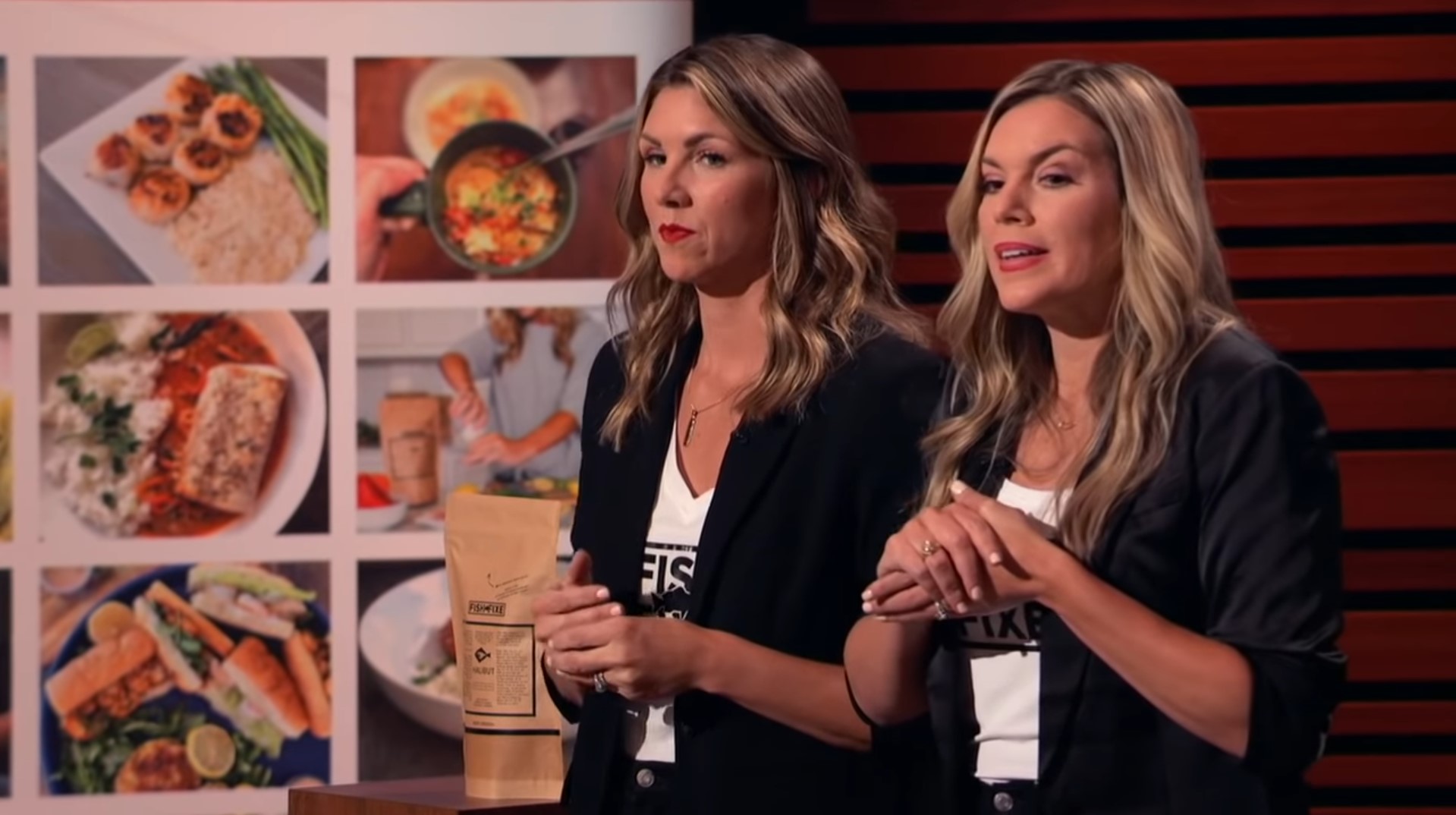 After serving in prestigious positions, including that of the Area Manager of On-Premise Spirits, Emily was finally made the Division Manager of On-Premise spirits in the Southeast Texas region in February 2020. Meanwhile, she co-founded Fish Fixe in 2017. After leaving the Republic National Distributing Company in 2021, Emily now involves herself in the day-to-day operations of her company.

The other founder and CEO, Melissa Harrington, graduated with a Bachelor of Science in Nutrition Sciences from Texas A&M University in 2008. She took on the job of VP of Sales at Lonestar Lobster LLC in 2011. At present, apart from helping run Fish Fixe on a daily basis, Melissa also works as a Sales Specialist at Lonestar Seafood. Emily and Melissa met at Texas A&M University as they were both on the soccer team. They always talked about starting a business that would allow them more time with their families.

On the show, Melissa explained how she had an acute desire to consume seafood twice a day when pregnant with her second child. As fresh seafood was hard to come by, Melissa would buy fish and freeze it in vacuum-sealed bags to maintain its freshness. Besides, preparing it was pretty easy as the fish just needed to be defrosted before cooking. Once Melissa shared this idea with Emily, they realized it had proper business potential and soon co-established their company, Fish Fixe. At its core, Fish Fixe is a frozen seafood delivery business that stands out because of its offerings.

Fish Fixe has a standard box that comes with 16-ounce portions of seven types of fish. While the company gets to choose the variety of fish, it assures the consumer of delivering the best product possible. Besides, spending just a little more allows the customer to choose the fish, while each box contains thawing as well as cooking instructions mentioned clearly on the package. The co-founders also take pride in the fact that their product does not contain added chemicals, antibiotics, or GMOs and note that every fish is obtained through sustainable methods and handled with utmost care.

Where Is Fish Fixe Now?

Fish Fixe was met with positive reviews immediately after its conception in 2017, as the quality and variety drew customers to the service. Moreover, Melissa Harrington was able to use her previous experience working in seafood sales, and soon Fish Fixe witnessed an exponential increase in its customer base. Before appearing on ‘Shark Tank,’ the company earned about $821,000 in sales and mentioned they were about to cross the $1 million sales mark in 2021.

During their time in the Tank, Melissa and Emily requested an investment of $200,000 for 15% of their business, where they specifically asked for help with shipping and logistics. Nevertheless, after a bit of back and forth, Lori Greiner offered the pair $200,000 for 25% of the company, which they happily accepted. Once Lori joined the business, she fixed their shipping issues and made it possible for orders to reach anywhere in the country within two days.

Moreover, they changed their packaging and made it eco-friendly and recyclable. By March 2021, Fish Fixe announced that their sales were up by 400%, and within a year of appearing on ‘Shark Tank,’ Fish Fixe made around $1.1 million in sales. Encouraged by their success, Melissa and Emily started working with renewed vigor, which finally paid off as the company is en route to earning around $4 million in sales by the end of 2022.

Those interested in trying out Fish Fixe can buy the products exclusively from their official website, where a standard box (with 16 handpicked servings comprising Salmon, Shrimp, Black Drum, Mahi, Cobia, Haddock, and Jalapeno Crab Cakes) costs $149. For 10 dollars more, you get to choose your own fish, while half, as well as one-and-a-half packs, are available for $119 and $219, respectively. The company even offers a subscription service with discounts. As a bonus, Fish Fixe provides free shipping on all their orders. Well, we are confident that the company is headed for further success.