Fleishman is in Trouble Episode 7 Recap and Ending, Explained 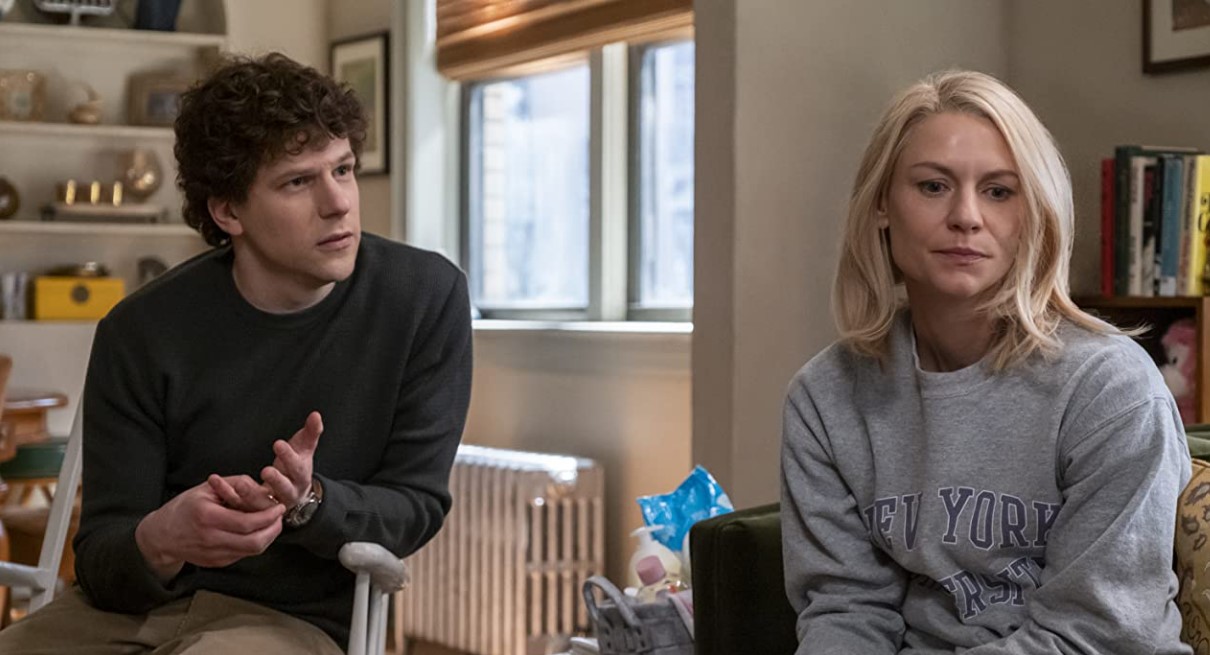 Series creator Taffy Brodesser-Akner developed ‘Fleishman Is in Trouble’ from her 2019 namesake novel. A documentation of the immediate months after the dissolution of a marriage, the series is mostly observed through the perspective of the husband, Toby (Jesse Eisenberg), which makes sense given the narrator of the story, Libby (Lizzy Caplan), is his close friend and sees things in the light that favors him. In episode 7, titled ‘Me-Time,’ a shift in the perspective arrives as Libby encounters Rachel in a park and learns her version of things. Here is what you might be wondering about the ending of ‘Fleishman Is in Trouble’ episode 7. SPOILER AHEAD.

Fleishman is in Trouble Episode 7 Recap

After spotting Rachel in the park, Libby approaches her and immediately realizes that something is wrong, prompting her to text Adam, telling him that she will be delayed further, and promising him that she will explain things later. Libby then takes Rachel to the other woman’s apartment, and after she gets her to settle down, Rachel begins to talk. What she says is not necessarily in chronological order, not that the narrative of the show is linear, to begin with. However, in this instance, Rachel’s account ascertains her restlessness, heartbreak, and pain.

Rachel starts by recounting events long before she and Toby started to have problems, and he began to ask for a divorce. At times, she goes back even further, speaking about her experience as a Jewish girl from a modest family at a Catholic school, where sophistication is a language you are born with, and Rachel has always spoken it with an accent. Toby was the first one in her life who was probably from that privileged world and didn’t hear her accent. Having grown up under the care of a demanding grandmother, Rachel craved for a family, and in the first meeting with Toby’s parents, siblings, and other relatives, she realized that she had finally found what she had been looking for.

As a journalist, Libby was taught that there would never be only one perspective of any event, let alone the dissolution of a marriage. Perhaps because she hasn’t been an active journalist for a long time or because Toby is one of her closest friends that she never considered Rachel might not be the villain Toby claims her to be. Either way, as Rachel recounts the same events about which Toby told her earlier, Libby realizes that she has done a disservice to her chosen profession.

Fleishman is in Trouble Episode 7 Ending: Where Was Rachel?

Sam Rothberg (Josh Stamberg) features quite early in Rachel’s versions of events. He showed up at Rachel’s workplace and requested for her to speak to her nephew, an aspiring actor, about the profession. And that’s how things started between them. Sam is the husband of Miriam, one of Rachel’s supposedly closest friends in the upper tier of New York’s social circle. As Rachel’s relationship with Toby deteriorated, she found herself spending more and more time with Sam.

However, that didn’t happen out of nowhere. Rachel was happy in her marriage until that point when she was about to give birth to Hanna, and the doctor broke her water without getting consent from her. This started her life in a downward spiral. Although Toby was supportive during this period, he never really understood what she was going through and suggested that she should try a pregnancy and post-partum support group. Instead, Rachel decided to attend a survivors’ group, realizing that the women in that room would understand what she was going through.

Things got better after that, and she and Toby went on to have another child. When Toby asked for a divorce the first time, she genuinely didn’t see it coming. They fought because they were fundamentally different people from different backgrounds, but separation and divorce never really crossed her mind. Rachel suffers from severe abandonment issues. With Toby constantly asking for a divorce, she felt that he was breaking his promise of never leaving her.

While she was married to Toby, Sam actively pursued her, telling her what she needed to hear and making her feel valued. After Toby moved out, she and Sam began their affair, even though he was married to Miriam at the time. Rachel started to hope for a future again and brought up the idea that she and Sam should move to Los Angeles, where she could open a branch of her agency. Sam seemed receptive to the idea, so she broached it with Toby, who exploded after learning that she planned to take his children away and basically told her to do whatever she wanted but not take their children with him.

And that’s exactly what Rachel did when she went to the Everglade Holistic Wellness and Retreat Center with Sam. But soon enough, her emotional turmoil became too much for Sam, and he fled, claiming she was no longer fun. After Rachel returned to New York, she spent weeks inside her apartment, unsure what day or time it was. She even took the drugs that Sam once brought with him. When she finally emerged from her apartment, the world had further collapsed around her. She discovered that her biggest client had left her for the agency that Rachel previously worked for