Is Fleishman Is in Trouble Based on a True Story? 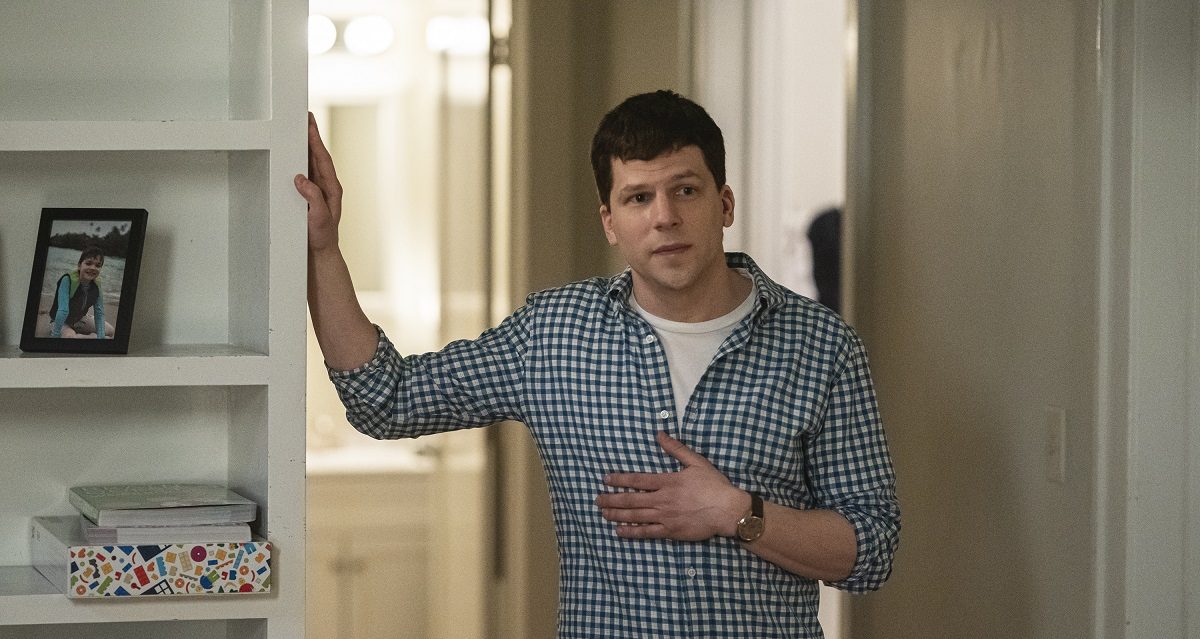 Created by Taffy Brodesser-Akner, Hulu’s ‘Fleishman Is in Trouble’ is a drama series that revolves around Toby Fleishman. After getting divorced in his 40s, he tentatively starts immersing himself in the dating world. To Toby’s surprise, the attention he receives is far more than what he got in his younger years. However, his hopeful entrance into the dating world is halted when his ex-wife Rachel quietly drops off their two children at his house without a trace. While trying to balance his work, kids, and dating life, Toby can not help but wonder what happened to Rachel.

To get to the bottom of the mystery, he might have to look back on their marriage and accept the truth of certain situations. The series features talented actors like Jesse Eisenberg, Lizzy Caplan, Claire Danes, and Adam Brody, who help bring the characters to life. From perceived gender roles to the strains on marriage due to financial inequality between spouses, the plot talks about many highly relevant problems in contemporary society. Naturally, this has made many fans wonder if the show is based on real-life events, and we are here to explore the same!

Is Fleishman Is in Trouble a True Story?

No, ‘Fleishman Is in Trouble’ is not based on a true story. The series has been adapted from Taffy Brodesser-Akner’s eponymous 2019 book that the author went on to help adapt for Hulu. However, just because the story of Toby Fleishman is not exactly a retelling of actual events, it does not mean that Taffy did not take inspiration from real life. In fact, the issues addressed in her book, and hence the show, are based on what Taffy saw occurring around her in real life.

One of the critical themes in Toby’s story is his struggles with divorce and what comes after it. Though Taffy has never gotten divorced, it was a fear that she constantly had in her heart. “When I turned 40, my friends started getting divorced. I wanted to understand it better because I had so much anxiety about divorce – from the minute I agreed to marry my husband, I have been in an obsessive defense against our marriage ending,” the creator shared with The Guardian.

Based on what her friends and many in her family went through after their divorce, Taffy understood what awaits people on the other side of the separation. How she presents her story is unique and captivating. Though her story delves into the issues that can mostly be called feminist, her protagonist is a man dealing with unexpected hurdles. For Taffy, utilizing a male perspective for the genre that typically uses a female point-of-view was quite exhilarating.

Interestingly, her 2019 book was not the first time she has used such a tactic. “I told the story of a male synchronized swimmer a few years ago, and I loved that it was this white man fighting discrimination. It tickled me – putting a problem in the not-usually-oppressed person’s hands is a straightforward way for people to understand it,” Taffy explained.

Additionally, the author realized that life after divorce was different for men and women. “And of the friends who told me their [divorce] stories, the men were having so much more fun. The women dating on apps had so much anxiety. Men keep sending them dick pics, it’s so demoralizing, they’re worried that they don’t look good anymore,” Taffy added.

For Taffy, the tale of Toby Fleishman tells the struggles of men from an outside perspective and addresses many issues that are often forgotten. During the writing process, she was a staff writer at The New York Times and did not delve much into the reality of fiction. After her work was published, people could not help but compare her work to that of authors like Phillip Roth. As it turns out, Taffy is indeed a fan of Roth’s work and also enjoys the writings of Donna Tartt, Elena Ferrante, Jonathan Franzen, and John Irving.

While the events depicted in ‘Fleishman Is in Trouble’ are not exactly true, they do reflect the reality of society for people who are struggling with various marital issues. The problems do not completely disappear after a divorce, and the show delves into how past relationships can have an impact on one’s present life. The characters and their emotions easily resonate with many who, at one point or another, have found themselves facing similar issues.

Read More: Where is Fleishman Is in Trouble Filmed?