Floor is Lava Season 3: Where Are the Winners Now?

Created by Megan McGrath and Irad Eyal, Netflix’s ‘Floor is Lava’ is a one-of-a-kind reality game show based on the eponymous children’s game. Hosted by Rutledge Wood, each episode features contestant teams navigating exciting obstacle courses, which they must cross without falling into the slippery hot “lava-like” substance below. Apart from the $10,000 prize, the winning team gets the funky Lava Lamp trophy on their mantles.

Ever since the show premiered in 2020, it has gained numerous fans who not just love the sense of nostalgia the competition provides but also the quirky contestants who appear each season. Season 3 was no different, featuring a unique array of contenders who gave their level best to the competition. Now that the cameras are turned away, viewers must be curious to know what they are up to. Worry not, as we come bearing answers!

Where Are The Analysts Now? 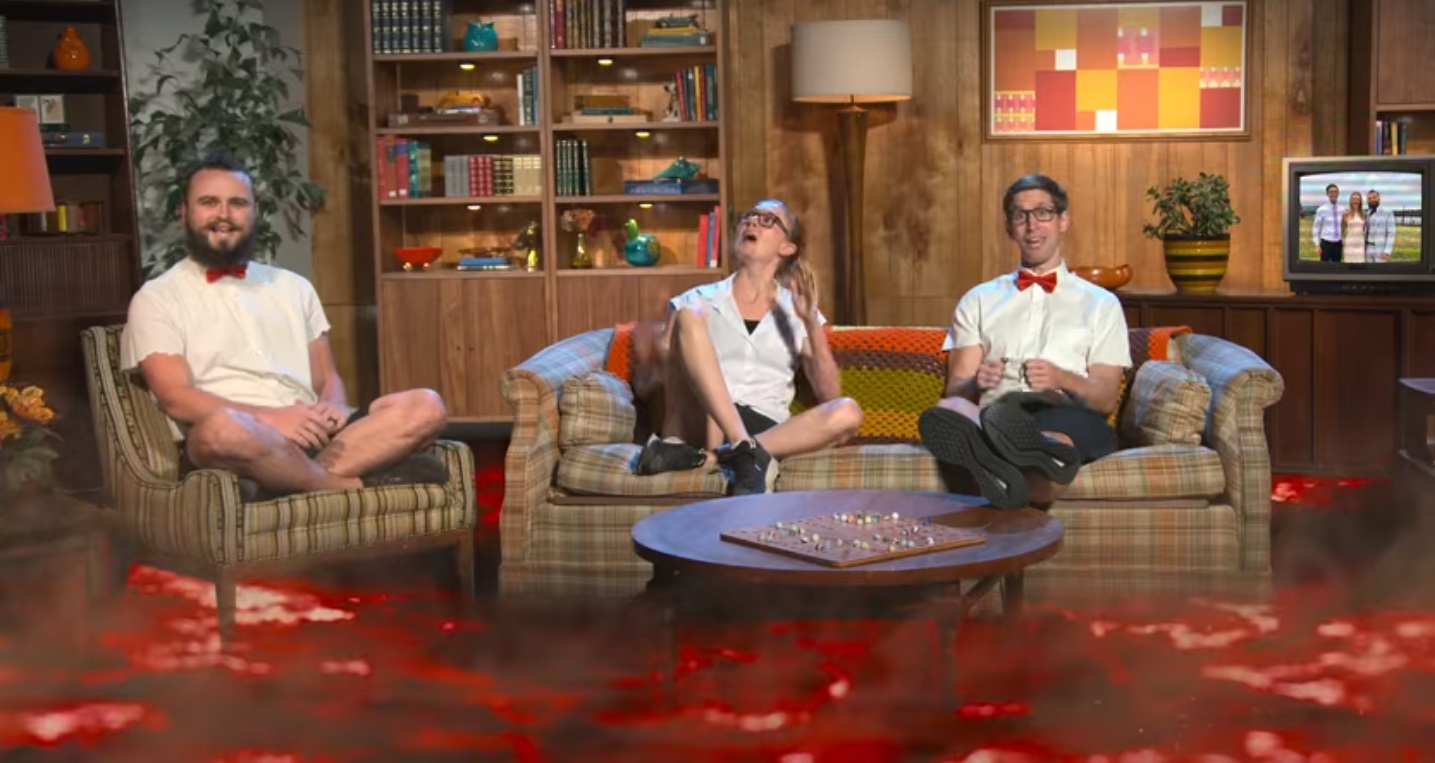 Naming themselves after the analytical industry that employs them, The Analysts became the winners in the debut episode of the show’s third iteration. The trio comprises TC, Cami, and Mark, who instantly hit it off during their college orientation and have been best buddies since then. As far as we can tell, the three college mates reside in Los Angeles, California, and love engaging in outdoor activities and traveling together in their free time. However, they prefer to remain private about their personal lives and do not have a significant social media presence.

Where Are Fitness Fanatics Now?

Frank, Max, and Joey, AKA Fitness Fanatics, were declared the winners of the second episode of ‘Floor is Lava’ season 3. Though they are from different walks of life, they came together due to their mutual love for fitness and adventure activities. During their time on the show, the trio won over the audience with their fantastic coordination and team spirit. 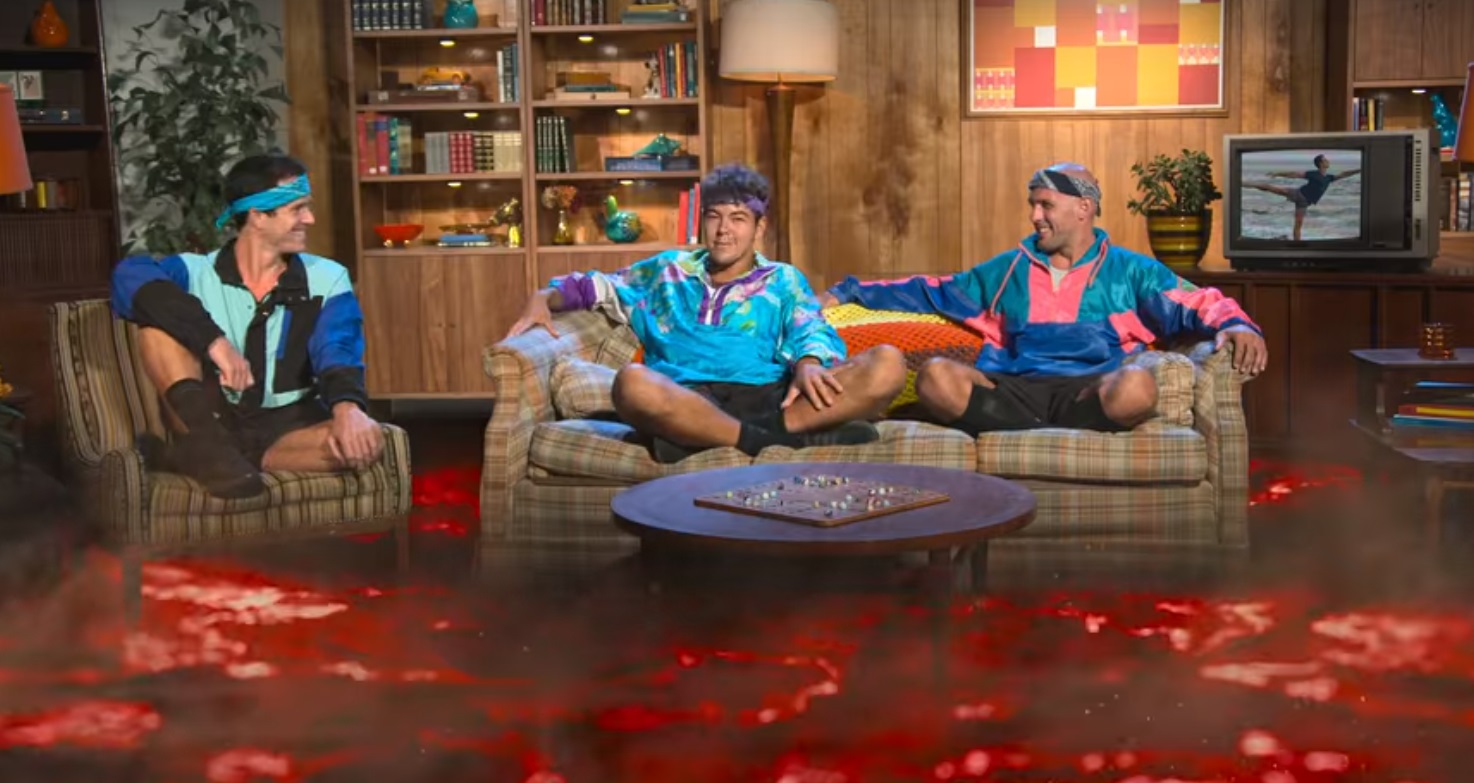 Interestingly, Joey is a ballet dancer who moved to Los Angeles from Canada. He befriended Max and Frank in the City of Angels, and the three have been inseparable to date. The group is not very active on social media and has remained under the radar since filming ended, so not much can be said about their present activities.

Where Are LA Jitterbugs Now?

On the personal front, Steve and Karine celebrated their fifth wedding anniversary in January 2022 and enjoy spending time with their cute little daughter, Ava. The happy family of three follows quite an active lifestyle and frequently participates in physical activities. Meanwhile, Hunter is associated with Go 2 Talent Agency and SAG-AFTRA and shares a loving bond with his family.

Where Are The Mermaids Now?

Professional mermaids Orielle, Naya, and Quintessence, came together as The Mermaids to participate in season 3, episode 4 of the Netflix game show. Acting on the concept of “slow and steady wins the race,” the ladies successfully secured the winning position against their competitors, taking home the prize and the cool trophy. After the show ended, the three real-life mermaids returned to their jobs at Sheroes Entertainment, a party entertainment company.

Speaking of their personal relationships, Oregon-based Orielle is currently in a loving relationship with her girlfriend and openly celebrated Pride Month in June 2022. She shared that it was the first Pride Month where she could openly embrace her sexuality and decisions. On the other hand, Naiya, AKA Naiia Lajoie, has been residing in Los Angeles for the past nine years and works as an actor and underwater stunt performer. She and her partner Dan Claybourne became proud parents to a baby boy in July 2022, whom they named Roman.

Lastly, Quintessence works as a professional mermaid and aquatic performer at the Ocean Institute and is focused on taking her career to newer heights. Furthermore, she is in a fulfilling polyamorous relationship with her fiancé and girlfriend and is looking forward to her upcoming nuptials.

Where Are Zip Zap Zop Now? 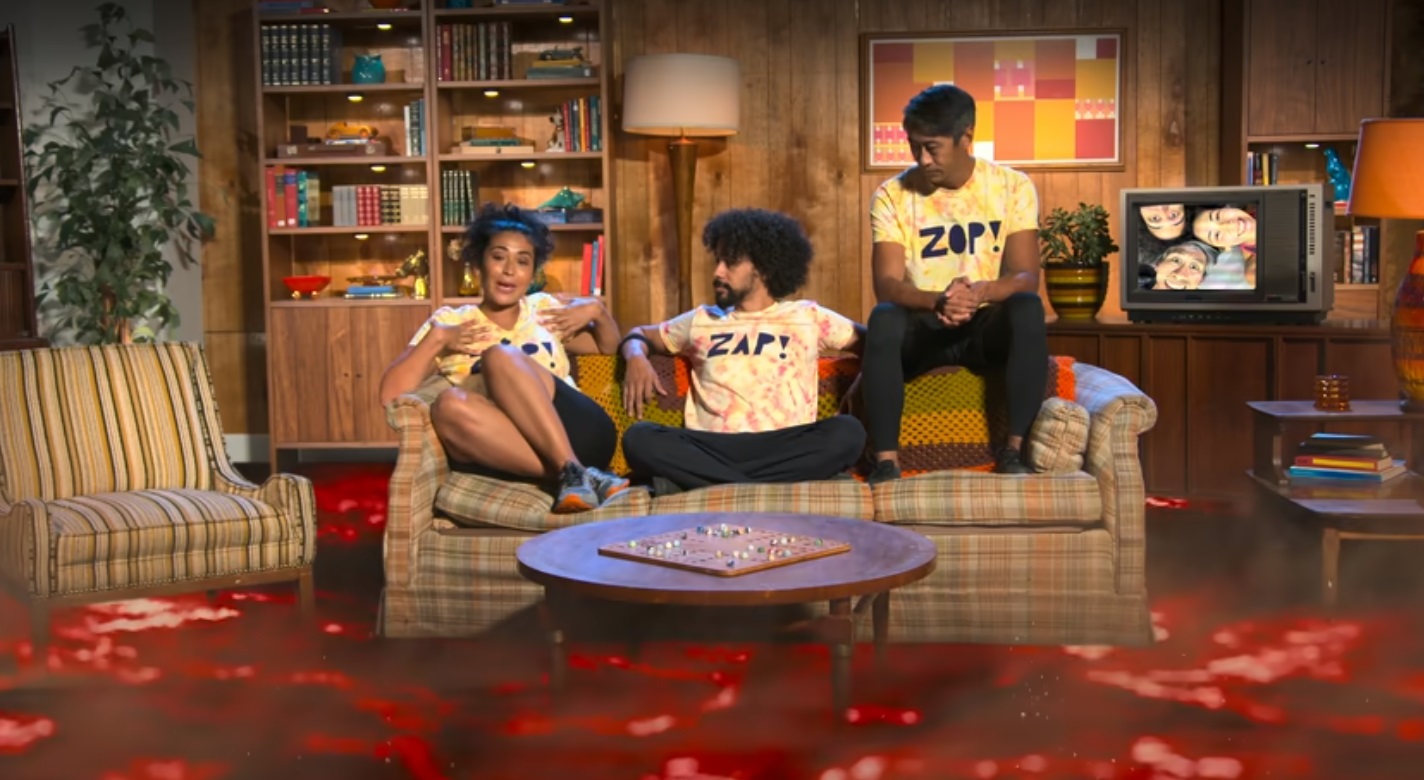 Improv artists Zach, Robert, and Marita, form the Zip Zap Zop team, who were judged the winners of the final episode of season 3. Their stellar communication skills and quick thinking indeed helped them secure victory against their competitors and instantly endeared them to the audience. After filming wrapped, the trio reportedly returned to their daily lives and are seemingly busy performing improv sessions in and around Los Angeles. Apart from that, the three friends have embraced privacy in their personal lives and prefer to focus on their careers.

Read More: Where is Floor is Lava Filmed?