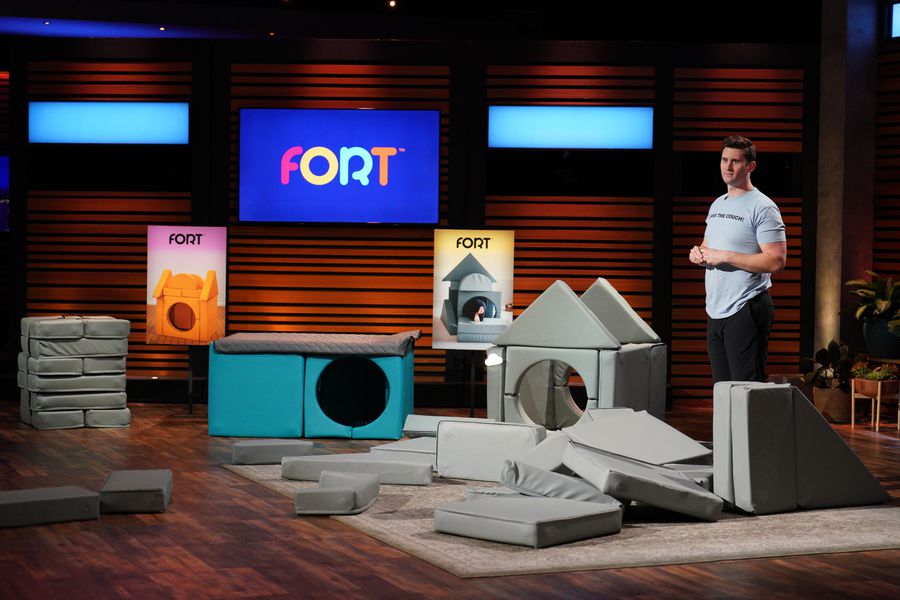 In ‘Shark Tank‘ season 13, Conor Lewis graced the stage of the business-themed show to present his business, FORT. The company sells magnetic pillows, which while being comfortable, can also be used to construct sturdy pillow forts as a fun playtime for kids. The out-of-the-box yet intriguing concept warranted a second look; thus, we decided to find out everything there is to know about the company!

Fort: Who Are They and What Do They Do?

The mastermind behind Fort, Conor Lewis, obtained his Bachelor of Fine Arts in Graphic Design degree from Western Kentucky University in 2012. He entered the professional field as a Design and Digital Media Specialist for OBATA before being offered the prestigious position of Director at the Illinois-based Alton Encore. From April 2016 to December 2018, Conor served as a director, producer, and writer of the documentary film ‘Dirty Laundry’ which deals with a rare type of cancer known as Mesothelioma.

Besides, Conor has also worked in Special Operations for Simmons Hanly Conroy LLC and in the Marketing and Communications department at AltonWorks, before dedicating his time towards Fort. The idea for a magnetic pillow fort occurred to Conor when he witnessed his wife and child struggling to build a fort with regular pillows and cushions. Apart from the structure collapsing time and again, it also did not resemble a fort, thus ruining the immersion.

Although Conor wrote his idea down, he did not pay much heed to it until he lost his job at AltonWorks in 2020 due to the impact of COVID-19. While scrolling through his phone for another job, Conor suddenly stumbled upon his old idea document and decided to give it a try. He talked to manufacturers, and through social interaction, realized that there was a potential market for such a product. Hence, after a bit of research and prototyping, Conor came up with his magnetic pillows in July 2020.

At its core, the end product is a couch cushion with powerful neodymium magnets lining the edges. The magnets help stack the cushions into a fort and keep the structure from falling over. Besides, Conor even introduced different shapes of pillows for better fort building and mentioned that the product could also be used as a standard couch at other times. Additionally, he used polyurethane foam and leather as production material, making each cushion water and stain-resistant.

Where Is Fort Now?

Determined to build a business based on the magnetic pillow idea, Conor started things off with a successful Kickstarter campaign that fetched him a whopping $3,107,079. He immediately got to work on finding a manufacturer and was quite surprised at the positive feedback Fort received right upon launch. The unique and innovative concept of magnetic pillow forts was enjoyed by many people, which significantly increased the product’s popularity, and in turn, the customer base.

Moreover, once Conor witnessed the success of his business, he put his design knowledge to use and came up with a few choice accessories, which enhanced the user experience and made Fort much more fun to play with. At present, Fort comes in numerous vibrant colors and is available in sets of 12 cushions which will set one back by $499. Additionally, the accessories, which include lights, blankets, suede covers, and carrying straps, fall within the range of $15 to $67. However, the product is available exclusively on Fort’s website and ships out within 3 to 4 weeks after an order is placed.