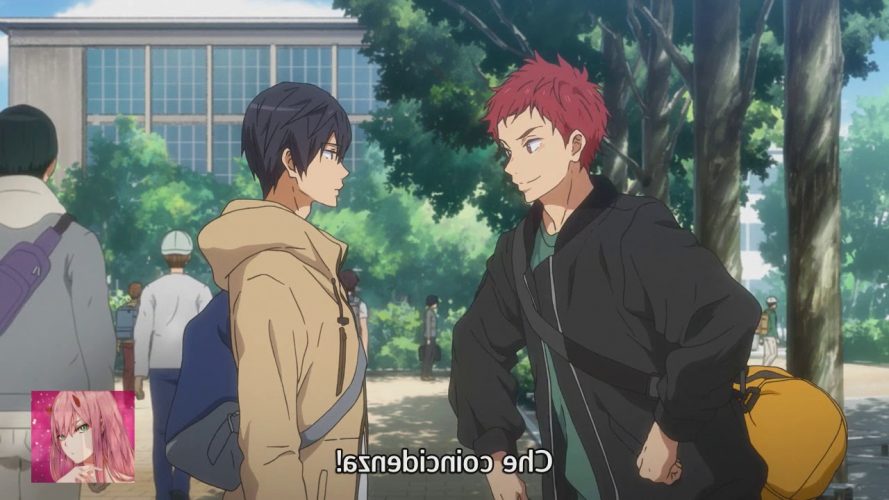 Free! is a Japanese sports anime television series which serves as a sequel to a 2013 critically acclaimed light novel called High Speed! written by Kōji Ōji. Produced by Kyoto Animation and Animation Do, Season 1 of Free!, titled Free! – Iwatobi Swim Club, premiered on July 4, 2013, and became an immediate hit among fans of the light novel and new viewers alike. Subsequently, the show was renewed for a second season, and Season 2, titled Free! – Eternal Summer, made its way to viewers’ screens on July 3, 2014.

A few years later, an anime movie, titled Free! – Take Your Marks, was released on October 28, 2017, and a third season was subsequently confirmed. Season 3 was then released a year later on July 12, 2018, much to the delight of fans. Since then, however, fans have been demanding a fourth season of the show, and here’s everything you need to know about the prospects of Season 4.

Free! Season 4 Release Date: When will it premiere?

Free season 3, titled Free! – Dive to the Future, released on July 12, 2018 and ran till September 27 of the same year. The final episode of the season ended with a message saying “See you in 2020”, so everyone anticipated that the show would be renewed for Season 4 soon. Yet, as it stands, Season 4 of the show has not been officially confirmed. While we are yet to receive news on Season 4, what has been confirmed is another anime movie, and it is slated to premiere sometime in 2020.

The fact that an anime movie is being released does not, however, rule out the possibility of Season 4. If one looks at the history of Free!, one can see that a movie was also released after Season 2, and it served as a prequel to Season 3. Thus, if Kyoto Animation decides to follow the same pattern this time, we might just see Season 4 announced in the aftermath of the movie. Our best guess is that Free season 4 release date could fall sometime in 2020 or even 2021. This is as far as speculation goes, and we can’t say anything for certain till an official announcement is made. We’re keeping our ears open for news on Season 4, and we’ll update this section as soon as we hear more.

For those who like watching anime shows in English, the good news is that Free! has a great English dub which was made keeping its international fanbase in mind. If you want to watch Free! in English, you can find dubbed episodes on Crunchyroll, Funimation, and Amazon Prime.

Free! is a show about competitive swimming and is based in the fictional town of Iwatobi in Japan.

The show revolves around a high school student called Haruka Nanase. A competitive swimmer from a young age, Haruka had competed in a relay race in elementary school with his childhood friends – Rin Matsuoka, Nagisa Hazuki, and Makoto Tachibana – and had come out on top. Following the race, the friends slowly drifted apart, and reunited years later in high school. While Haruka, Nagisa, and Makoto were delighted at the reunion, Rin, who was still in a different school, remained resentful over his childhood defeat to Haruka, still hoping to defeat Haruka someday.

Following this bittersweet reunion, Haruka, Nagisa, and Makoto decide to form the Iwatobi High School Swim Club, and recruit Rei Ryugazaki as a fourth member for a tournament. Over time and owing to constant training sessions together, the four form a close bond and decide to help settle things once and for all between Haruka and Rin at the swimming tournament.

The second season picks up a year after the aforementioned tournament, and the quartet are faced with a new challenge – they have to recruit new members to the Iwatobi High School Swim Club to prevent it from shutting down. Further, Haruka and Makoto, who are in their last year of high school, also has to think of life after graduation and decide once and for all whether they want to become professional swimmers.

The third season of the show, meanwhile, takes place a bit later when Haruka is attending college in Tokyo, and follows the changing relationships between the friends as they grow older.

Free! has quite a few characters and there are five main characters in the show. Below, we’ve given you brief backgrounds on each of them.

Haruka Nanase: The main protagonist of the show, Haruka is a competitive swimmer who has had a love for water from childhood. Growing up with his grandmother in Iwatobi while his parents worked in Tokyo, Haruka took to competitive swimming from a very early age and is a specialist in freestyle swimming, Following his reunion with Rin, Makoto, and Nagisa in high school, Haruka regains his passion for swimming and rediscovers the joy in having a swimming team. Although he becomes uncertain about his future after graduation in the second season of the show, he decides to pursue his dream and become the best professional swimmer, and keeps developing himself as a competitive swimmer at the Hidaka University in Tokyo.

Makoto Tachibana: A backstroke specialist, Makoto is Haruka’s childhood friend and classmate in high school. Unlike Haruka, who is reserved and quiet, Makoto is an outgoing teenager and often stands up for Haruka when others speak badly of him. Later in the show, Makoto decides to become a swimming instructor for young kids, and in the third season, he decides to take a step further and starts coaching professional swimmers.

Nagisa Hazuki: Nagisa specializes in breast stroke, and is a year junior to Haruka and Makoto. Having admired Haruka’s swimming since elementary school, Nagisa joins the Iwatobi High School Swim Club hoping to swim with Haruka once again. After Haruka and Makoto graduate, Nagisa continues to be an integral part of the Iwatobi High School Swim Club.

Rin Matsuoka: A specialist in butterfly and freestyle, Rin was a close friend of Haruka’s back when they were children. However, after elementary school, Rin goes away to Australia, and returns when Haruka and co. are in high school. Although he has a reunion with them, things don’t go well as Rin holds a grudge from childhood and considers Haruka to be his rival.