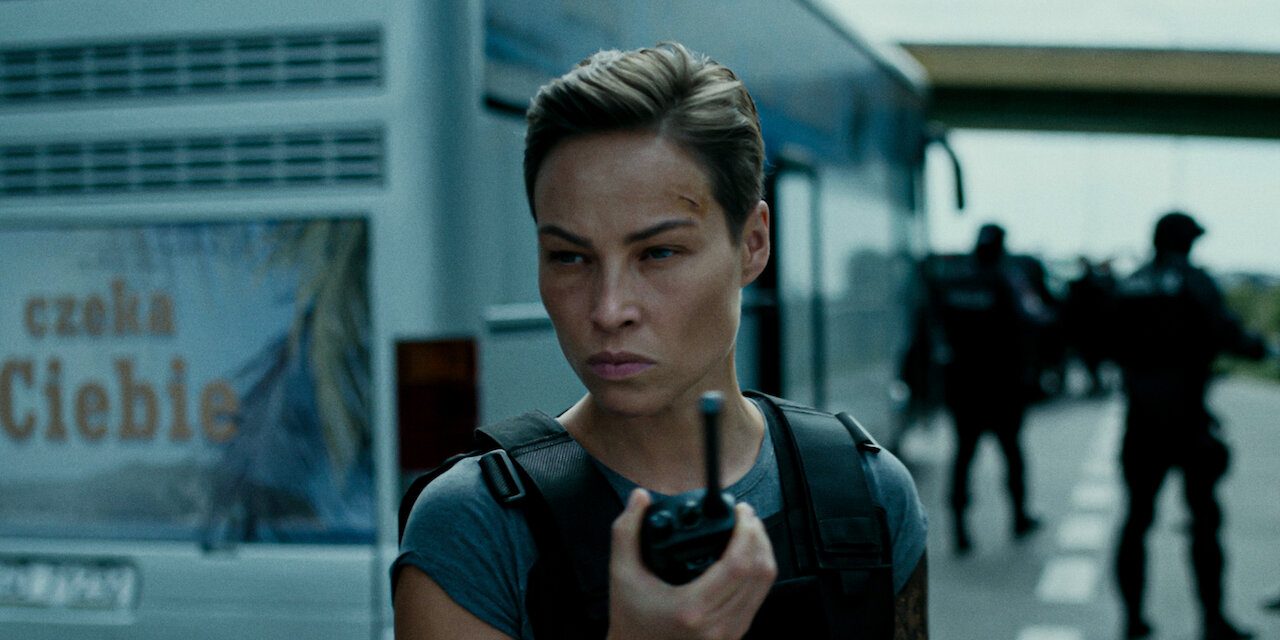 Polish director Cyprian T. Olencki, who broke into the scene with the 2017 comedy movie ‘PolandJa,’ directed the gangster thriller movie ‘Furioza’ with cerebral immediacy. The story follows Dawid, a doctor and the brother of a notorious gang leader, who lives a low-key life in the city, detached from his family and struggling to cope with a past tragedy. However, following the resurfacing of his old flame Dzika, Dawid’s life takes a decisive turn. He gets increasingly embroiled in the gang affair while leading a double life as a police informant.

The suburban landscape reinforces the gangster feel of the movie. At the same time, the star-studded cast ensemble includes several known faces from the Polish film industry, including veteran Polish star Janusz Chabior. Although the ending is shaky, it brings the story to square one. Meanwhile, you must recapitulate the last minutes in your mind since things unfold pretty fast. If you are having trouble finding meaning, let us make it more coherent. SPOILERS AHEAD.

The opening sequence shows us a man walking towards the sea, and the story comes full circle in the end. In the meantime, a group of hooligans messes with Dawid, a doctor, on the metro. After ten long years, Dawid’s former flame and gang member Dzika, appears on the scene. Dzika left the gang after her brother Daro died in a melee fight with a rival gang. She now works for the police under neurotic cop Bauer. Dawid meets Dzika and Bauer, who want to arrest Dawid’s brother Kaszubian for his association with the football hooligan group “Furioza.”

Other players in the scene are Antman, a rival gang leader suspected of dealing drugs, and Polanski, a shady businessman who owns a port in Gdansk and a nightclub called XOXO. Now, people from Furioza frequent the lounge. The police think that Golden, an associate of Kaszubian, may have a stake in the drug business. The police do not seek to arrest Kaszubian in particular – they only seek to stop the drug network around the country, from Gdansk to Dublin.

Dawid meets Kamila, Zuzia, and Kaszubian at their home, and Golden enters shortly after. The police try to stop the gang, but the hooligans often stay a step ahead, despite evidence against them. Kaszubian also remains alert of rats amongst them, while the death of Gray indicates some foul play within the gang. After the mysterious death of Kaszubian, the story takes a southward turn. Dawid gets romantically involved with Dzika, while his work for the police brings his life under threat. However, as Dawid pulls out from his informant job, vowing to bring Kaszubian’s killer to justice, we sense that greater forces are at work.

Initially, like the rest of the gang, we think that Antman killed Kaszubian. Antman and Kaszubian were arch-enemies, and as the rival gang leader, it is only natural for Antman to make the call to murder Kaszubian. Kaszubian’s righteousness probably created several problems for Antman’s drug-dealing operation. After Kaszubian’s death, Dawid leaves the informant’s job while vowing to hunt down and assail Kaszub’s killer. Kaszubian’s wife, Kamila, urges Dawid to have revenge on behalf of his dead brother. With the conviction, Dawid and other members of Furioza bring in Polanski, the evil businessman with a penchant for Shakespeare. 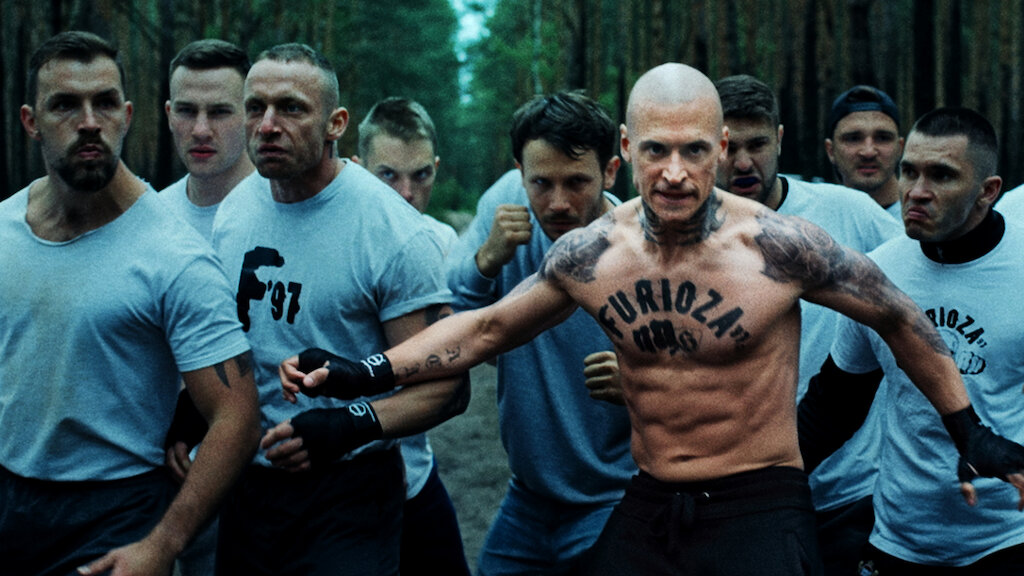 Later at night, members of Furioza stay dormant in a parking lot. When Antman reverses his car, the Furioza members T-bone the vehicle and attack Antman and his men. Dawid has a frontal encounter with Antman, where the latter says that Kaszubian was his only friend and biggest enemy. As Antman is an old-school thug with principals, he only has respect for his former rival gang leader. However, we cannot wholly trust Antman since he keeps his hands clean, using others to perform his dirty deeds. However, security footage that Dzika retrieves from the scene of the murder reveals the face of the killer. It seems to be none other than Golden.

After showing the video to Golden in police custody, Bauer converts the rising gangster into a police informant. From Golden, Bauer knows that Antman performs an elaborate drug operation at the dock, and the police wait to bust him red-handed. Meanwhile, when Golden asks his gang to join hands with Antman, they already sniff betrayal. Meanwhile, Dzika, who has been a Furioza member in the past, leaks the video revealing Kaszubian’s killer, indicating her loyalty to the gang and ethical boundaries. With the revelation, most gang members see the video on the internet, furious to exact vengeance upon Golden. On the other hand, Dzika loses her job for the leak.

Is Golden Dead or Alive?

After the revelation that Golden is the killer of Kaszubian, the gang members head to the club XOXO for frontal combat. Dawid is eager to kill Golden himself, but Dzika and the others dissuade him from making such a rash decision. He is a doctor and an upstanding citizen, after all, and the other members reason that he has more duty in the hospital than in prison.

However, the other members of Furioza decide among themselves that Golden must die since that is the rule of the gang world. The final turn of events unfolds like the last scenes of Julius Caesar, with Golden becoming a reincarnation of Brutus. However, although Brutus resorted to killing himself, Golden has a yet more tragic end reserved in store. The others decide that even if they head to jail, their families will get alimony from the club fund. Reasoning thus, the loyal members of Furioza proceed to stab Golden multiple times, and Golden dies in effect.

Do Dawid and Dzika End Up Together? Is Dawid Dead or Alive? 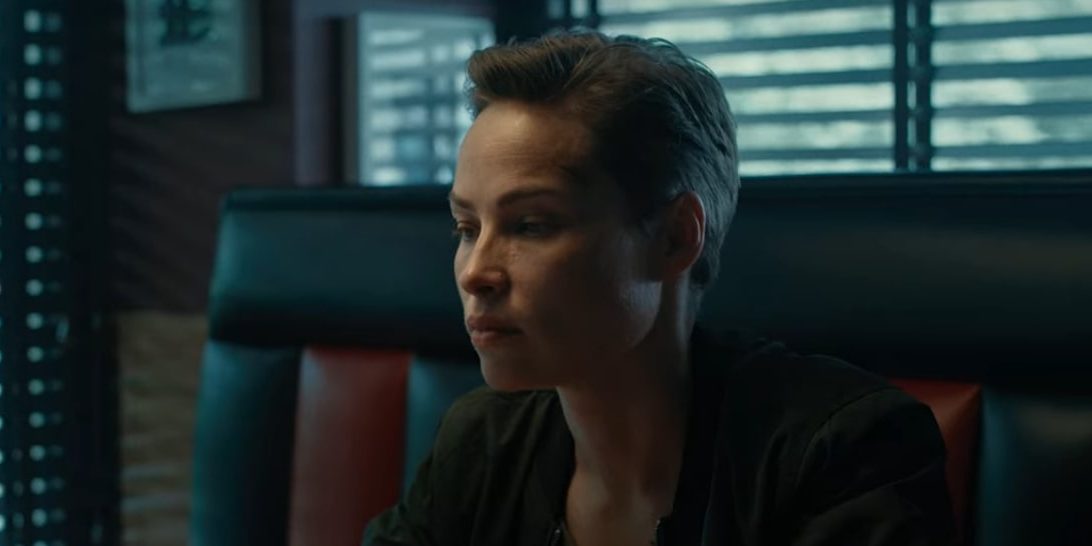 The relationship between Dawid and Dzika ties the story together. Ten years before the story of the movie, Dawid and Dzika was dating. However, the death of Daro seemingly put an end to their dreamy days. While working on the drug bust case, they come closer again. Dzika’s concern for Dawid’s safety creates a rift between Dzika and her boss Bauer. Meanwhile, they get intimate in a few cerebrally filmed sequences, and especially the one at dusk leaves an impression on the viewers’ minds. In the aftermath of Golden’s death, most Furioza members head to prison. At the same time, Dzika leaves her duty and badge to head out on an ocean cruise with Dawid, Kamila, and Zuzia.

Dawid teaches Zuzia how to steer a boat, and the family hangs out on the deck. However, as they reach ashore and Dawid goes into what looks like an equipment room, a hooligan stabs him in the stomach. This guy is the same hooligan from Antman’s brigade who had an encounter with Dawid in the metro. He seems vengeful for the drug bust where Antman loses a fortune and holds Dawid responsible for the mishap. In the final sequence, Dawid walks towards the sea, which ties to the first scene. Following the cliffhanger, we cannot be entirely sure whether he dies or not. Death from a stab wound can take several hours to occur, while in cases, people may bleed to death in only about five minutes. Therefore, weighing all the possibilities, we conclude that Dawid dies, robbing him of the opportunity of having a family with Dzika.