10 Games You Must Play if You Love ‘Pokémon GO’

I grew up watching Pokémon and the only thing I ever wanted as a child was my own Poké Balls–so I’ll able to go on a journey and catch Pokémon myself. I was so into Pokémon, I told my mom once, when I grow up, I want to become a Pokémon Trainer, My Mom was like “Grow up, You graduate next month”. Sometime in mid-2016—The good people at Niantic, Inc. made this dream come true with an Augmented Reality game Known as Pokémon GO. Finally, you could just go to a park and catch your own Bulbasaur’s or maybe a Squirtle–that’s pretty cool if you ask me. Soon after the game was released, People went crazy and the game was an instant hit. By the end of 2016, as many as 800 million people had played the game.

Even though the game’s Popularity has decreased with time but it still is a big deal among Pokémon Fans. So if you are looking for something different but still in this Augmented Reality Genre, here is the list of video games similar to Pokémon GO that are our recommendations. You can play these open world games like Pokémon GO for ps4, XBox, mac, android, iphone and even online. 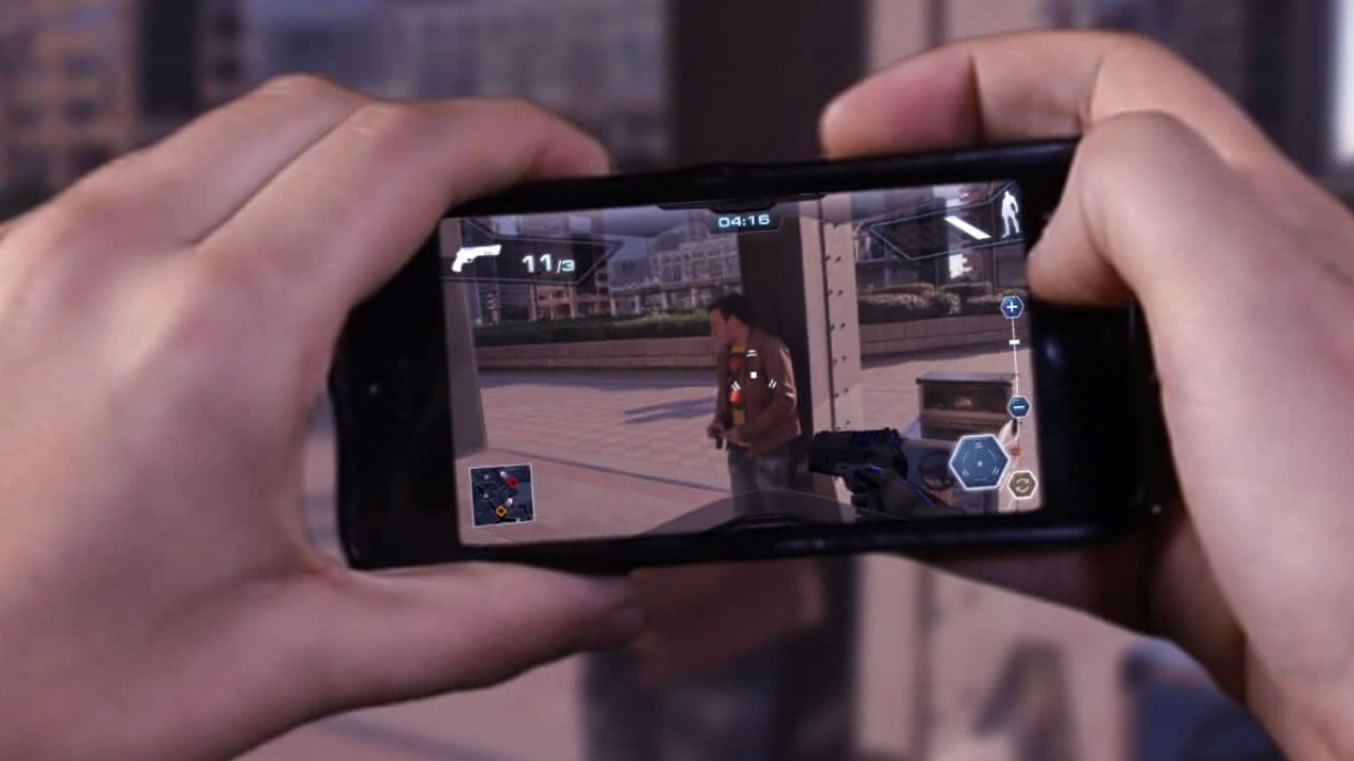 Arguably the coolest idea ever–A First-Person shooting game with Real-Life AR.’Father.IO’ promised so much and also delivered on some level. This is a fast-paced shooting game which also has a Team Multiplayer Mode. Although you will need to buy an Inceptor Device to play the Multiplayer Game. The Game is nowhere near as popular as Pokemon GO and often people struggle within the technicalities of the game. But still, Father.IO is one of the first FPS AR game and deserve a lot of credit for its innovation. 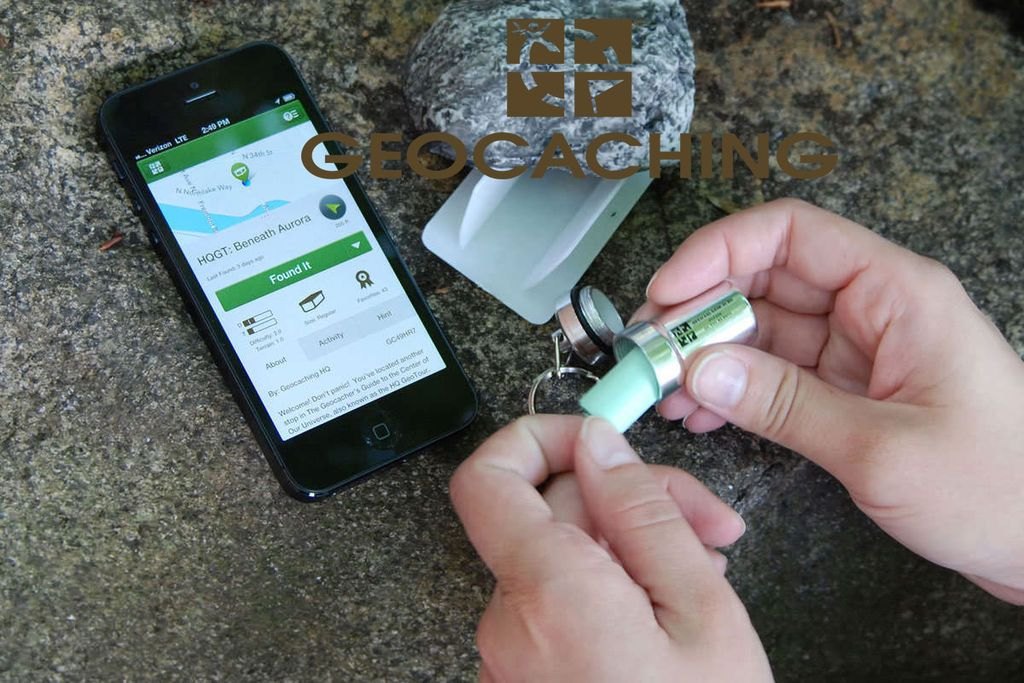 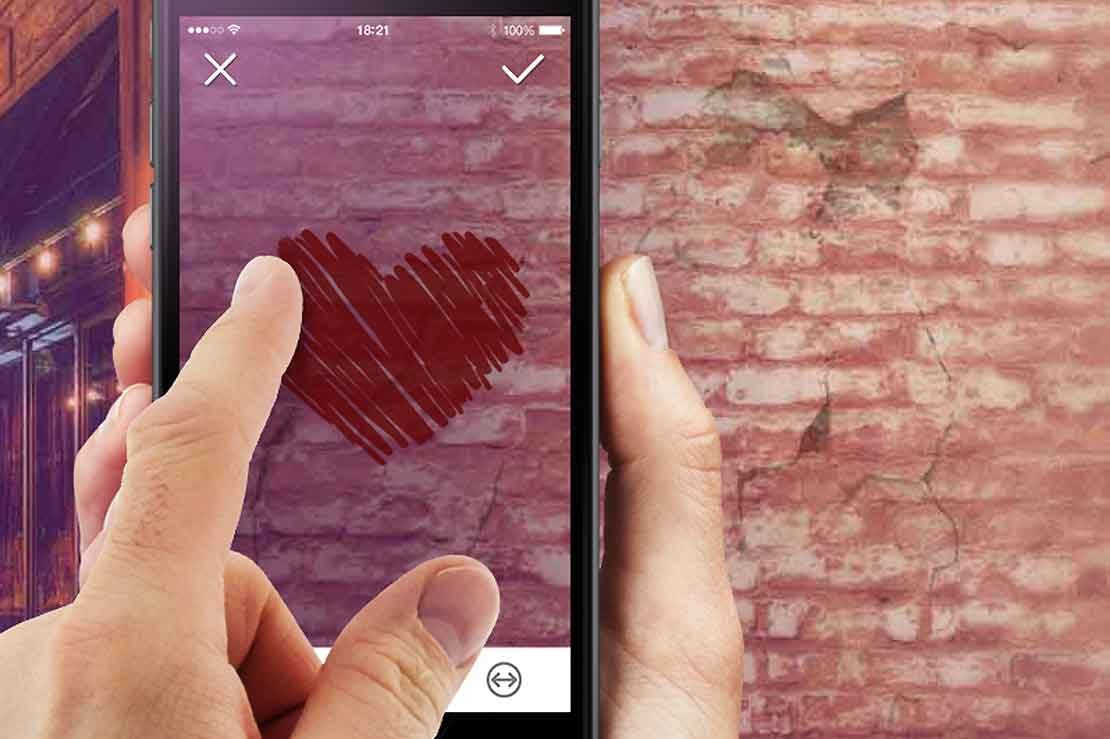 Made by wallame ltd. ,’WallaMe – Augmented Reality’ combines everything good about social media with real life AR. You post a message for your friends on a virtual wall somewhere, and your friends can see your hidden message when they get to that spot.’WallaMe – Augmented Reality’ allows you to be creative with beautiful stencils, freehand drawing tools, geolocation, and image sharing features. You can also make these messages public so that anyone walking by can read your message.

Developed By Reality Game LTD, ‘Landlord Real Estate Tycoon’ fulfills your dream of owning real-life property without spending a penny. The Game uses GPS and Geolocation for its real location experience. It is basically an advanced form of Monopoly where you buy Estate you like and every time someone visits your property you get paid within the game. The Game was very well received and it is still played by a large number of users. Perhaps the only thing that I don’t like about this game is the use of the picture of a greedy businessman as the thumbnail for the app, who is smiling like he is about to illegally take over your property and there is absolutely nothing you can do about it. See for yourself! 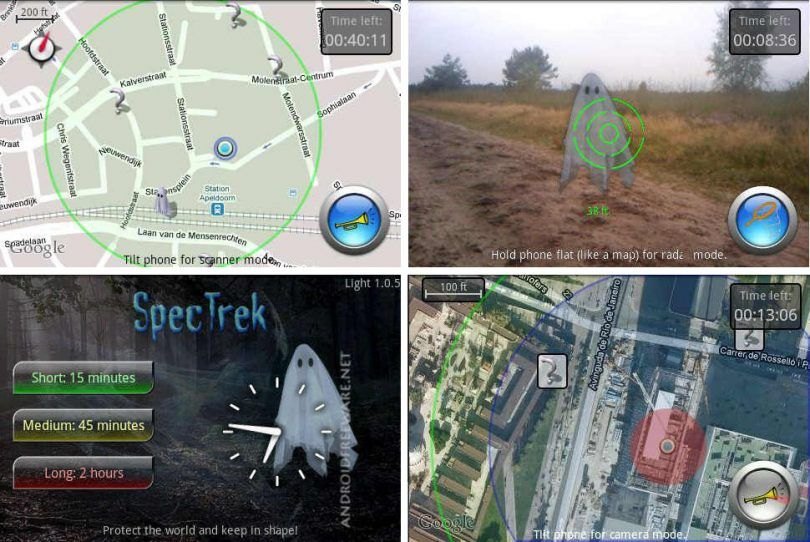 SpecTrek is a ghost hunting app based on real location augmented reality. The game uses Gps for real location experience and camera for catching ghost.The game starts out as a fun navigation game but as you keep playing, it becomes more and more interesting. It’s the perfect fitness app that you can hope for. This adventure game never got the popularity it deserves and the main reason for that could be its price–  yup! The game is not free to play and it will cost you a few bucks if you want to, have this incredible experience. 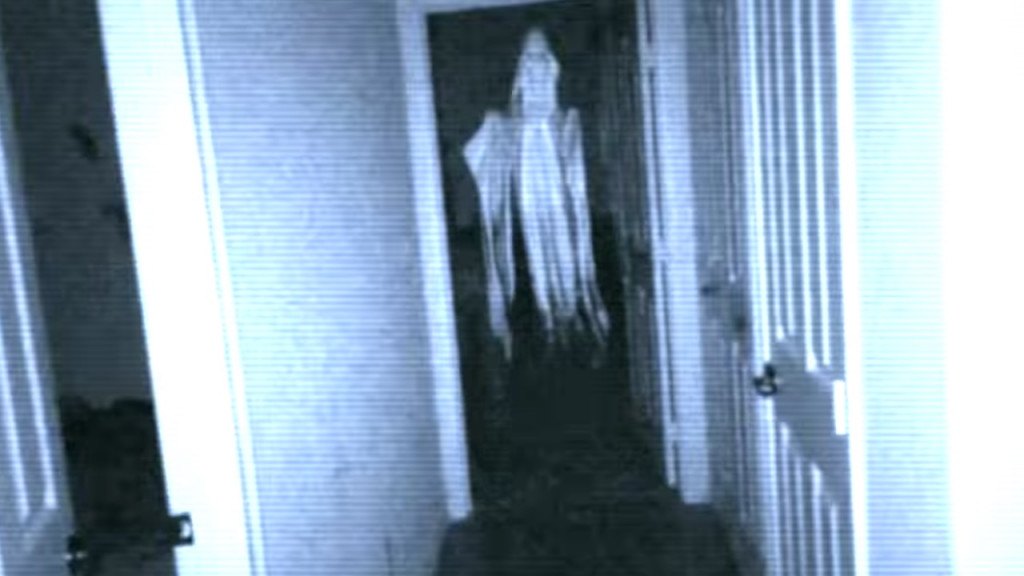 It doesn’t take someone a long time to figure out that Horror games could be a huge success in this AR genre. Novum Analytics made ‘Night Terrors’ and it became an instant hit. It’s an ambitious idea to mix Horror with Argumented Reality and Night Terror delivers on every level. ‘Night Terrors’ is immersively entertaining and an Heart-thumping experience—surely not made for the weaker hearts. It requires an indoor location with no light–a big part of its gameplay is figuring out what to do. I would really Recommend ‘Night Terrors’ if you like Paranormal stuff. It’s a fun game to play in a group of friends possibly on a weekend in a cabin somewhere in the woods–you know if the real things fail to show up. 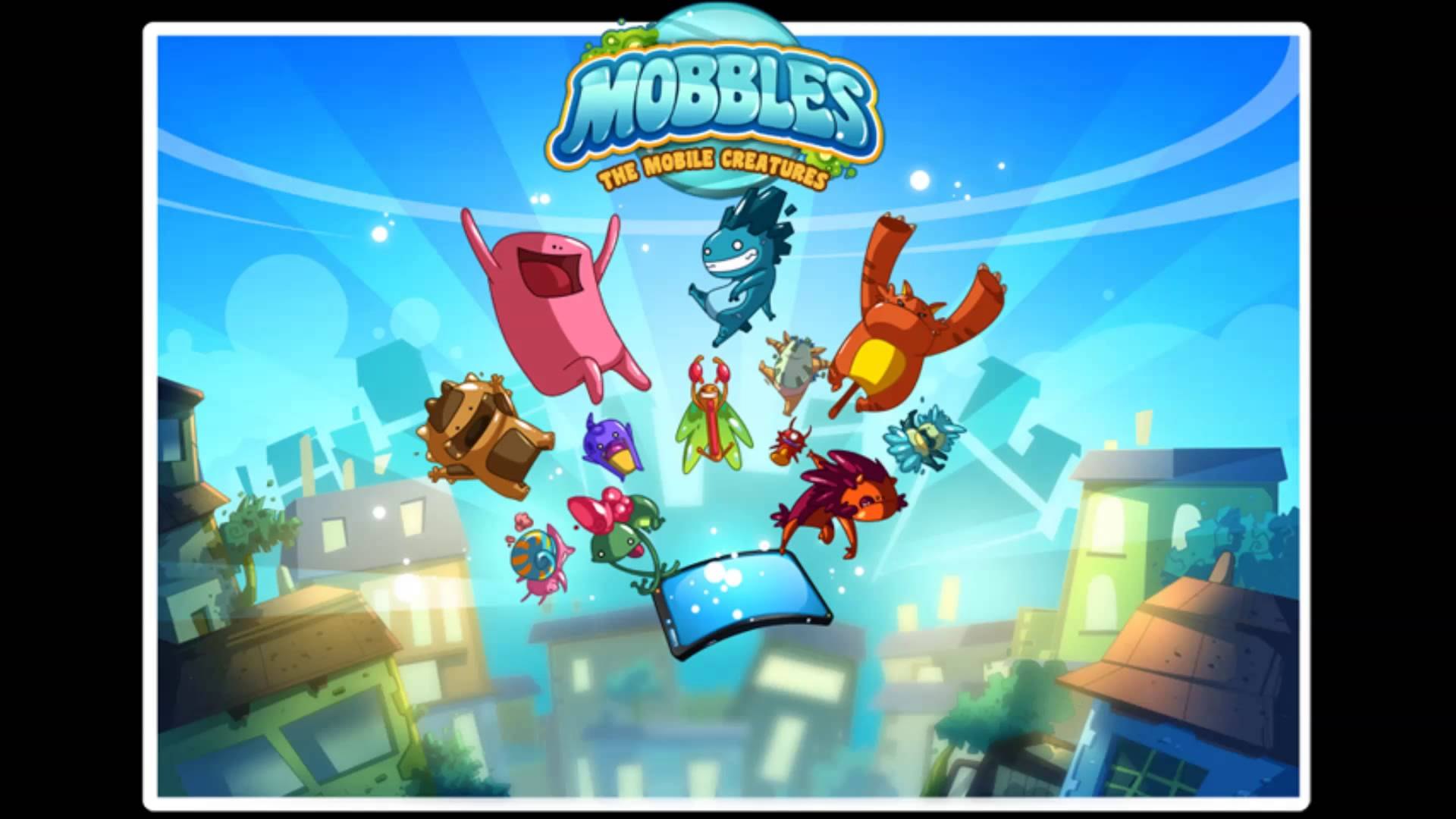 Often described as the poor man’s Pokemon GO, ‘Mobbles’ is about catching these adorable creatures known as Mobbles. Over 70 species of these cute creatures are hanging around in your city or they could be hiding–  all you got to do is get out and find them one by one. Once caught these Mobbles could be customized or even traded with your friends. You can even battle these Mobbles in a one on one fight with your friends. 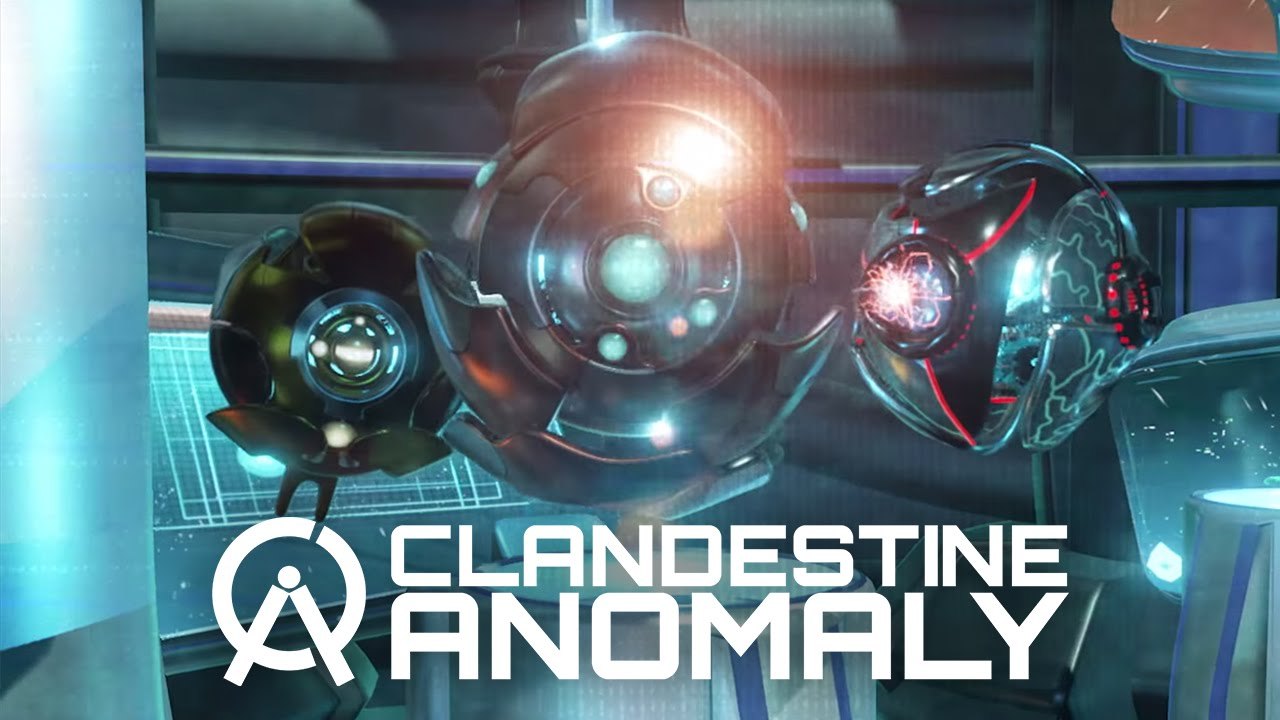 Developed by ZenFri, Inc., ‘Clandestine: Anomaly’ has the good old Alien Invasion theme along with some of the best use of Augmented reality ever seen. Earth is under siege and your city is at the center of it–must fight back now before you lose everything.’Clandestine: Anomaly’ is very clever, thrilling and it is super fun to play. The game was highly adored by the gaming community soon after its release and won many awards for its innovative approach. Give this game a try if you are inspired by alien Invasion movies and you don’t have the patience to wait for a real one to act out your action fantasies. 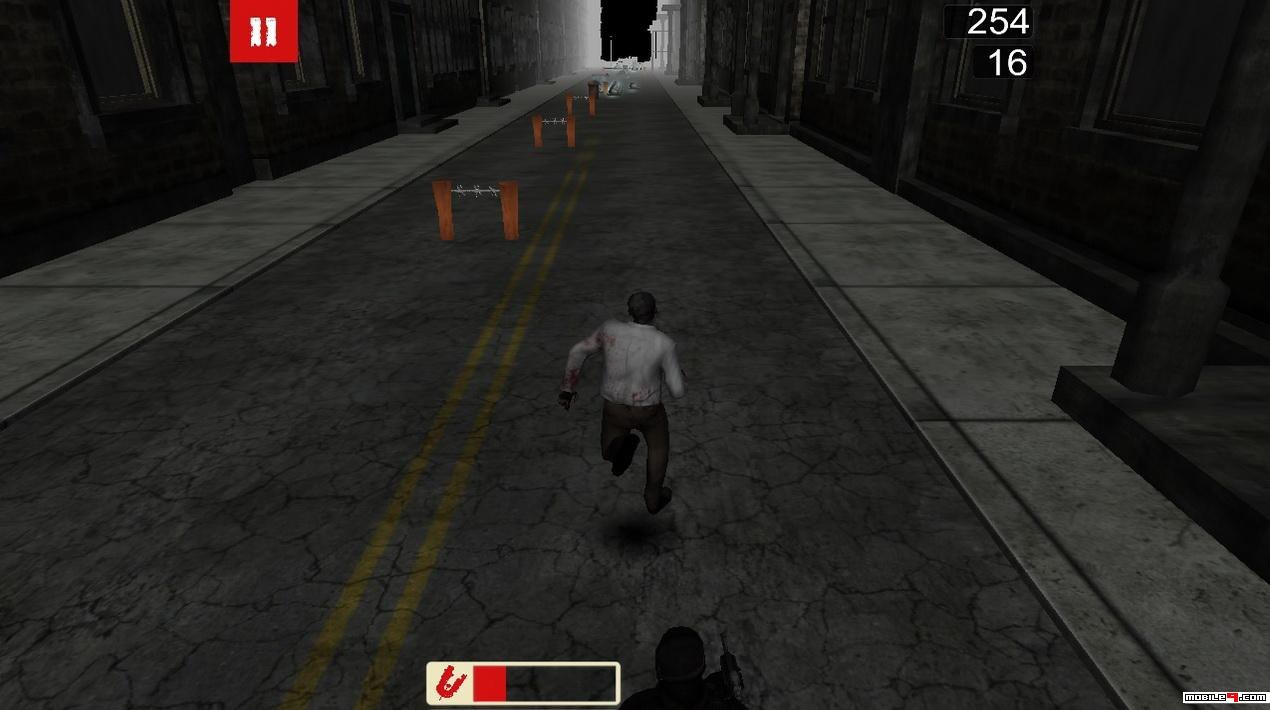 It was only a matter of time before we were going to have a Zombies Game in this AR genre.’Zombies,Run!’ comes with a very simple premise and in fact, the title explains everything you need to know. There are Zombies and you need to Run!- – Pretty straightforward huh?. Time Magazine Perfectly summed up this game in a line “Takes all the fun of a zombie game and funnels it into a fitness app.”. In the end,’Zoobies, Run!’ is a total blast and still is one of the best use of  Augmented Reality. 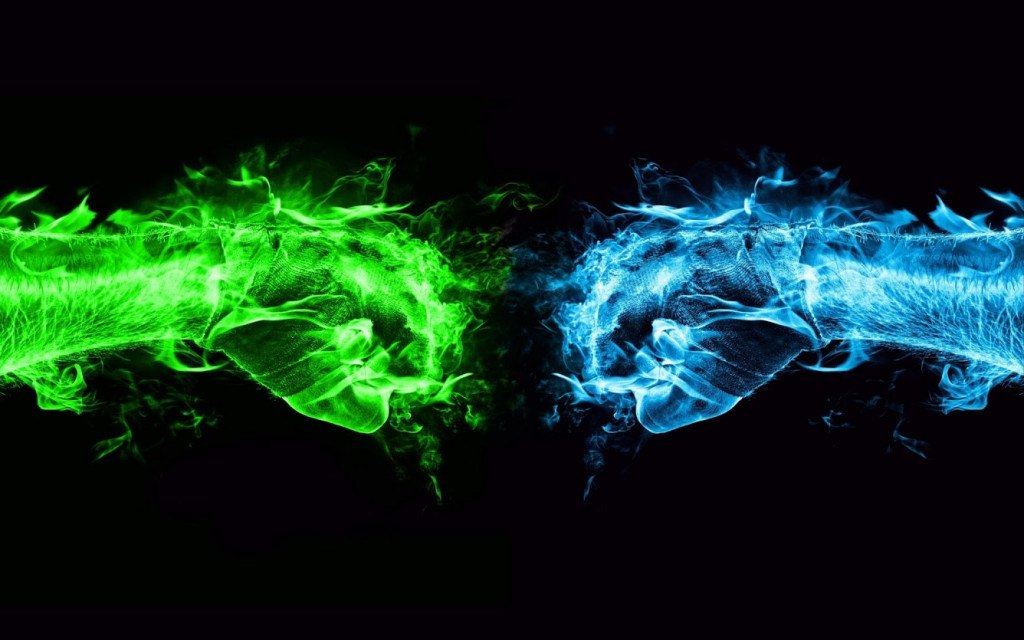 A mysterious energy is taking over the world. We don’t know where it came from neither we know how to stop it. The only thing we know is that it is controlling the way people think. The whole world is divided into two groups- -“The Enlightened” seek to embrace this power and “The Resistance” struggle to defend, and protect what’s left of human life. ‘Ingress’ has a Plot which is almost too good for a Game and could well have been a successful movie. ‘Ingress’ was developed by the same people who brought us Pokemon GO and it simply is one of the best AR game out there.