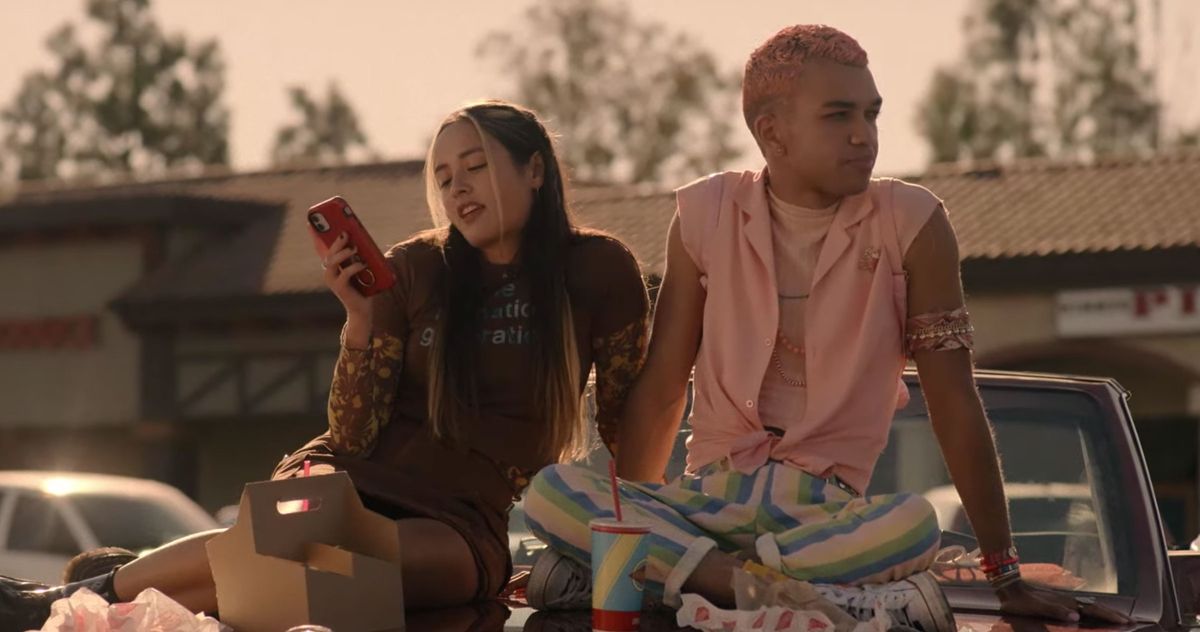 HBO Max’s coming-of-age drama ‘Generation’ (stylized as ‘Genera+ion’) explores the world through the perspective of Gen Z. The series has been developed by the father-daughter duo Daniel and Zelda Barnz. In episode 3, the dynamics between various characters are further tested. The relationship between the twins Naomi (Chloe East) and Nathan (Uly Schlesinger) undergoes a much-needed reckoning.

Naomi has discovered that Nathan had a sexual encounter with Jack, her erstwhile boyfriend. For the first time, the series sheds some light on Riley’s (Chase Sui Wonders) fascinating psyche and the unconventional and intimate way she interacts with the world around her. Here is everything you need to know about episode 3 of ‘Generation.’ SPOILERS AHEAD.

Episode 3 opens with Arianna (Nathanya Alexander) running across the mall with a giant plastic bathtub. The mystery girl on the other side of the bathroom door is revealed to be Delilah (Lukita Maxwell). While both Arianna and Naomi are still confused about how and when Delilah became pregnant, they are there to support their friend. Just before the story shifts to ten weeks earlier, Arianna wonders out loud about the father’s identity.

In the previous episode, Naomi saw on Jack the same birthmark she had seen in the dick pic her brother received and realizes exactly who sent it. In episode 3, she is absolutely livid with Nathan. Despite being busy planning the wedding of her oldest daughter, Naomi and Nathan’s mother, Megan (Martha Plimpton) notices the tension between her two children and tells them to patch things up. 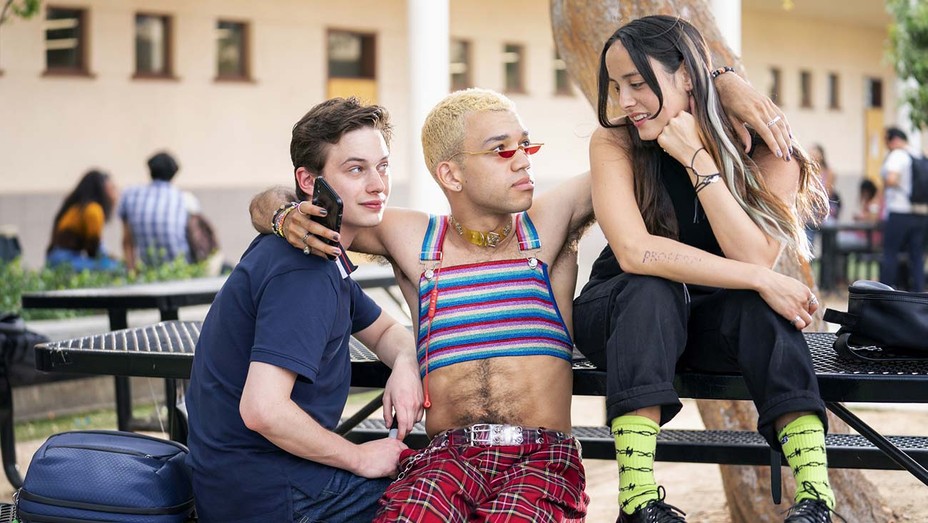 As the twins get busy somewhat sarcastically welcoming the guests to the wedding venue, a luxurious boat named The Flying Seaman, Riley takes Chester (Justice Smith) and Greta (Haley Sanchez) to the local aquarium, where a boy from her old school works. This boy, Pablo, shares his weed with them. It turns out that this is Greta’s first time smoking a joint.

As evening falls over The Flying Seaman, the bride’s family members give congratulatory speeches one by one to the newlyweds. When Nathan’s turn comes, he profusely apologizes to his twin for what he did, before blurting out that he had a sexual encounter with her boyfriend, in front of hundreds of guests.

In most aspects, Nathan and Naomi’s family is quite conservative. Their church considers them an important part of the congregation, most likely because of the hefty financial support they provide the institution. White conservative Christian values have been ingrained in them since Nathan and Naomi were children. However, they are also part of Gen Z, not afraid of their curiosity and eager to experiment. When the series begins, Nathan is well aware of his bisexuality but hasn’t spoken about it to any of his family members, including Naomi. 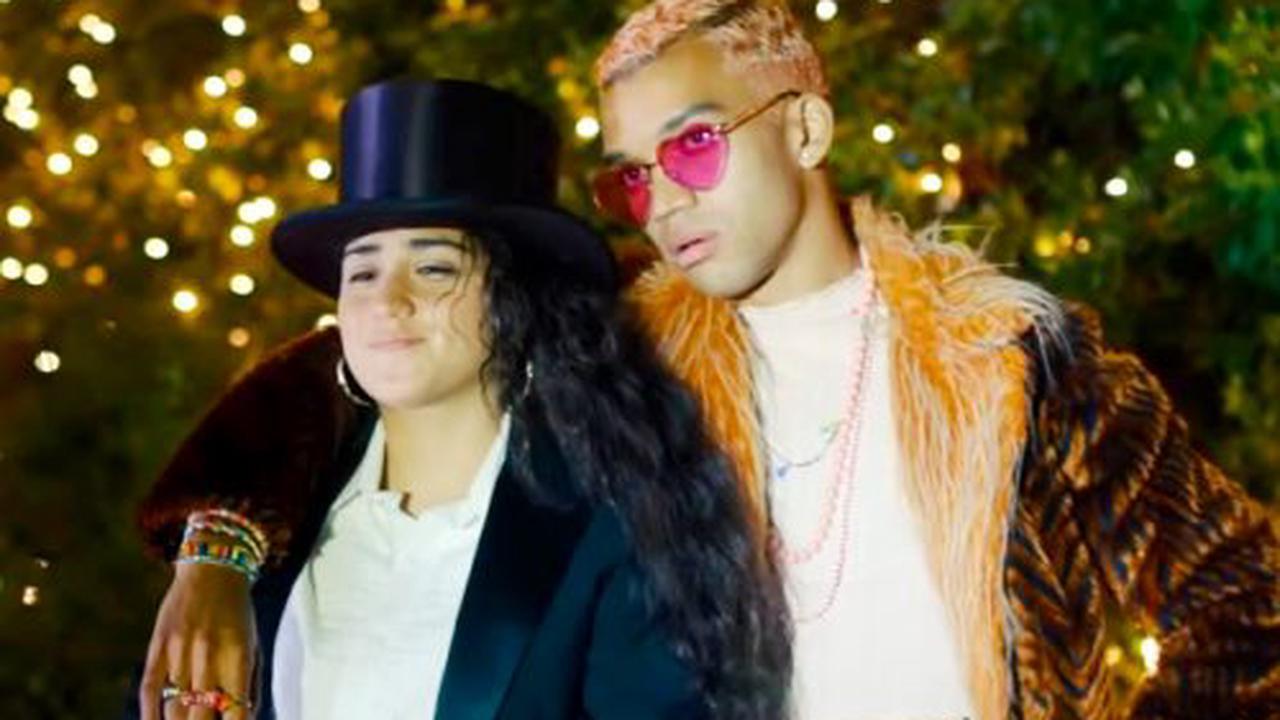 As his oldest sister’s wedding takes place around him, Nathan has many things on his mind — from Naomi’s anger towards him to his growing attraction to Chester to keeping all his secrets bundled up inside him. At one point, he shares a kiss with Arianna while “shotgunning” as the latter smokes a joint. All his swirling emotions pour right out as he tries to convince Naomi to forgive him during his speech. When he accidentally confesses that he had a sexual encounter with Jack, he doesn’t stop there and ends up revealing that he is bisexual.

He knows how his family, especially his mother, will react to it, and he is not wrong. The first thing that his mother and oldest sister consider is the supposed humiliation that the family will face in their community. So, he jumps several floors down into the ocean. Fortunately, he survives the fall, and Chester, who has arrived at the yacht with Greta and Riley, dives into the water to save him.

Why Was Riley Suspended from Her Previous School?

Riley used to attend a private school with Pablo before she came to her current school. She found her old school to be too restrictive and filled with students who embody entitlement. To get out of there, she created a photo assignment of men’s faces at the time of their orgasm. The plan worked, and she was suspended.