Is Generation a True Story?

‘Generation’ (stylized as ‘Genera+ion’) is a comedy-drama television show that revolves around a group of high-schoolers exploring their sexuality. They challenge deeply ingrained beliefs and values in their conservative community as they try to redefine what love, relationships, and family mean to them. The series prides itself on having relatable teenage characters who are sexually and racially diverse. One of the show’s co-creators is Zelda Barnz, who is 19 years old. Naturally, it makes a person wonder if the teen-oriented show is based on any of her real-life experiences. We are here to put those doubts to rest!

Is Generation Based on a True Story?

No, ‘Generation’ is not based on a true story. Even though the series has its roots in Zelda’s life experiences, the writer clarified that it is “definitely fictional.” Zelda started working on the project years ago and was originally writing it as a book. When she discussed the idea with her father, Daniel Barnz, the TV show gradually began to take form. Daniel saw this as a learning opportunity for Zelda, who had expressed that she might like her book to become a TV show someday. 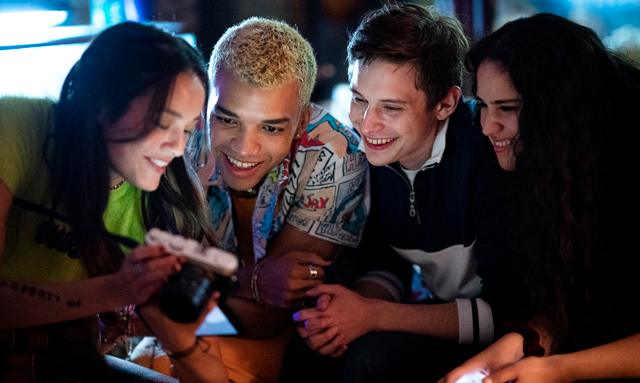 Zelda came out to her fathers as bisexual at the age of 15, only a few months after her brother Dashiell came out. She felt that the resulting conversations in the family helped shape her understanding of sexuality and see it through the lens of two different generations. Zelda particularly loved that the series became a means of “wish fulfillment” as she was able to live vicariously through these characters that go through life being many things but are not defined by one thing in particular.

At home, the young writer also shared stories from the sexuality-gender alliance at her school called Rainbow Alliance. With the hilarious on-goings and the political undercurrents that ran through it, Daniel thought it made great material for a TV show. On being asked if any characters are based on herself, Zelda shared that she saw a little bit of herself in all the characters, but most specifically in Delilah and Riley. Delilah is at times an “abrasive social justice warrior” but is still in search of where she belongs. Zelda described Riley as an angsty teen artist who may not be too sure of herself sometimes and also deals with a few challenges related to her mental health. Zelda felt that she particularly related to this aspect of Riley’s.

Apart from gender identity and sex, the show also throws light on teen pregnancy and school shootings. Daniel Barnz admitted that it was terrifying to come across those subjects, considering how much the show borrows from Zelda’s life. However, he also realized that her honest perspective helped view the incidents in a more authentic light because even serious issues have an unexpected and absurd angle to them.

For example, in the school shooting episode, Zelda reveals that there is more to lockdown drills than just the dark reality. The drills can be boring, and students may even get hungry and annoyed. Moreover, a very relatable aspect that the show touches upon is the role of social media in the lives of teenagers. Zelda felt that it was important to subvert the idea that social media is only something that “corrupts” young minds. In the series, we see how social media is also an essential means of support for many young people.

Zelda admitted that she had the privilege of growing up in an accepting environment since she grew up in an LGBTQ+ family. However, the truth remains that some people still use the word “gay” as an insult, and some make offensive comments or jokes without realizing the impact their language could have on another person. Studies show that 1 in 6 adults in Generation Z identifies themselves to be at different points on the spectrum of sexuality or gender (other than heterosexual). Despite this fact, characters in films and TV shows do not reflect this statistic realistically.

Shows like ‘Sex Education’ have also opened up avenues for communication around a healthier outlook on sexuality and relationships, but we have a long way to go. Zelda hoped that ‘Generation’ helps people realize that they are not alone and what they feel is valid. This show has also been compared to the HBO series ‘Euphoria.’ However, the latter is tonally very different from ‘Generation.’ Since this show aims to mirror reality as closely as possible, we can see why viewers would think that this show is a depiction of real-life events.