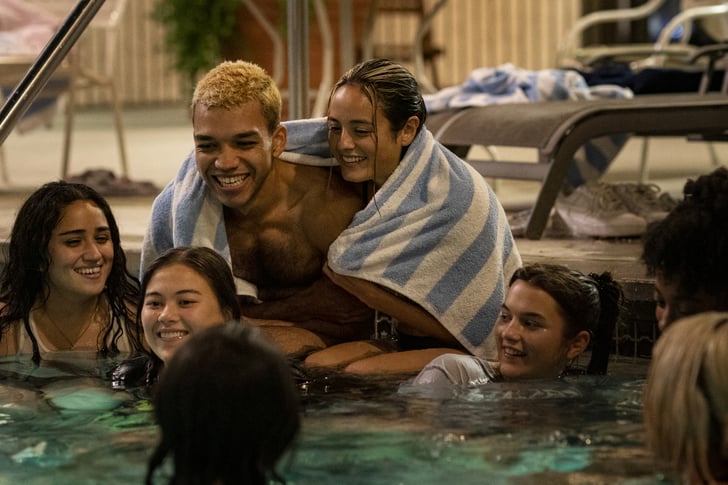 Developed by the father-daughter duo Daniel and Zelda Barnz, ‘Generation’ (‘Genera+ion’ in stylized form) is an HBO Max coming-of-age drama series that explores themes like love, identity, social consciousness, and sexuality through the perspectives of a group of Gen-Z high-school students. In the season 1 part 1 finale, Chester (Justice Smith) deals with the immediate ramifications of his actions regarding Sam (Nathan Stewart-Jarrett).

Unable to contain his overflowing feelings for Chester, Nathan (Uly Schlesinger) leaves a long and rambling voice mail for the other boy and instantly starts to regret it. Delilah (Lukita Maxwell) and J (Sydney Mae Diaz) decide to give their child up. And Greta (Haley Sanchez) and Riley (Chase Sui Wonders) struggle to reconnect after the disastrous trip. Here is everything you need to know about the ending of ‘Generation’ season 1 part 1. SPOILERS AHEAD.

‘Generation’ poignantly depicts each of its characters’ pursuit of love and emotional happiness and doesn’t flinch away from showing even their missteps. Chester has always been comfortable in his own skin. He ardently believes that he shares a level of understanding with Sam that he will not ever replicate with any of his peers. This leads to him confessing to Sam that he is the anonymous guy whom Sam met on the dating app and sent his topless photo. When a horrified Sam rejects him, Chester falls apart and pulls the fire alarm to hide his screaming.

After completing his suspension, Chester returns to school, more somber and guarded than ever. However, he still lets his plainclothes reflect his current mood. At school, Sam informs him that he (Chester) will now see a different guidance counselor. After brushing off Riley’s concerns for him, Chester goes to the school’s rooftop and meets Bo, a kind and caring fellow student who has been all but invisible to Chester until this point. They spend some time alone together on that rooftop and remarkably form a connection despite the evident differences in their personalities. 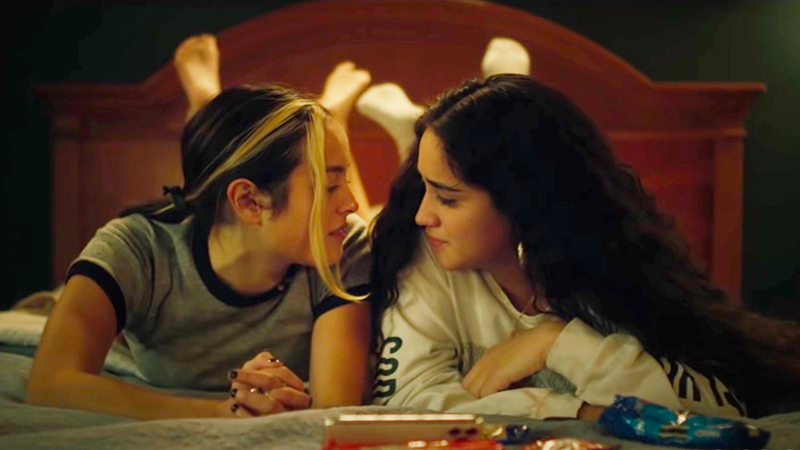 Despite Riley telling him not to do it, Nathan, freshly out of his quasi-relationship with Arianna (Nathanya Alexander), leaves the voicemail, which exhausts the allocated time as soon as he starts speaking about love. Greta and Riley deeply miss each other but don’t know how to go forward from where they are now. Greta dreads the impending return of her conservative and controlling mother, while Riley finds it hard to deal with the sense of rejection that continues to linger on from that evening in the motel room.

Magan (Martha Plimpton) sees the video of her son making out with both Chester and Arianna and oscillates between outrage and shame in response. She is aware that there is a deep disconnect between her and her children but refuses to acknowledge that they can overcome it together. For the first time since the show began, we are given Delilah’s perspective of the events that lead to her child’s birth, as the main timeline catches up with the flash-forward scenes.

They might, considering they left him at a fire station not far from their home. When the adoption happens, a couple or a person living nearby will likely be selected. Teen parenthood is hard, especially for the ones who are not prepared for it. Delilah seems to have been unsure about her pregnancy until the baby was born, and so understandably, J and her closest friends are caught completely unaware of it. After the birth, Delilah decides to go to a fire station and hand over the child. In the US, there is a Safe Haven Law, which allows people to leave unharmed children at public offices such as police stations, hospitals, and fire stations without the fear of prosecution.

While a part of her might always regret this decision, she knows that this is the best thing she could have ever done for the child. After hearing Arianna speak about her biological mother, Delilah realizes that whoever ultimately adopts the child will become part of her and J’s extended family. She hopes that they can tell the child one day about the circumstances that have led to their decision.

Is Chester Moving on from Sam?

Yes, he seems to be. For Chester, Sam represents everything he aspires to be: a compassionate, warm, and educated black LGBTQ man. Moreover, Sam seems to understand him almost better than anyone else. So, Chester deeply falls in love with him, ignoring that a potential relationship between them can destroy Sam’s career and life.

Chester’s youthful passions don’t let him see beyond the immediate vindication of them. When he tells Sam the truth, he genuinely believes that he can convince his guidance counselor that they can have a future together. For all his apparent maturity, Chester almost childishly clings on to the hope that he can convince Sam to see everything from his perspective. Predictably, that doesn’t happen, and Chester is left reeling from all the pain and suffering one must endure after a heartbreak. 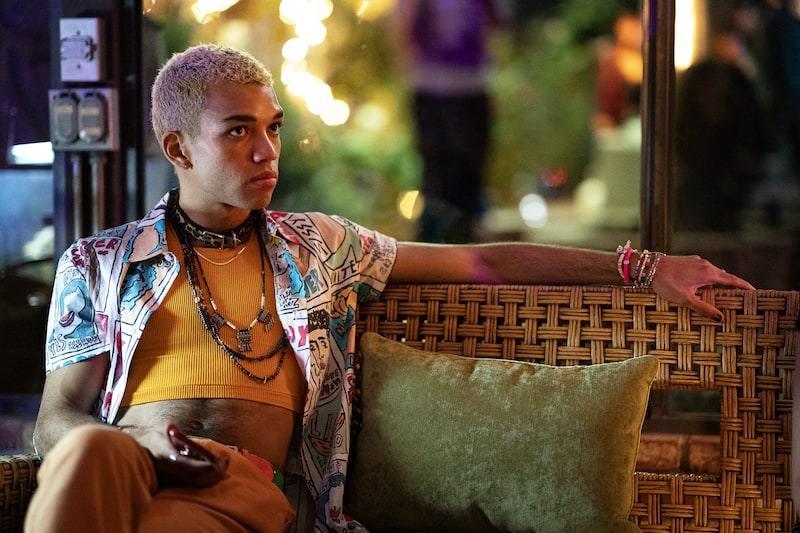 It is then that he becomes aware of Bo, with whom he had apparently taken three classes and never knew that he existed. Bo resonates with a calm and serene energy that directly contradicts Chester’s lively, energetic personality. Not long after meeting him, Chester leaves a message on Bo’s phone asking if he ever wants to hang out together and spends the entire day waiting for an answer. When it finally comes, and it’s positive, Chester exudes the same happiness that he did when he matched with Sam on the dating app.