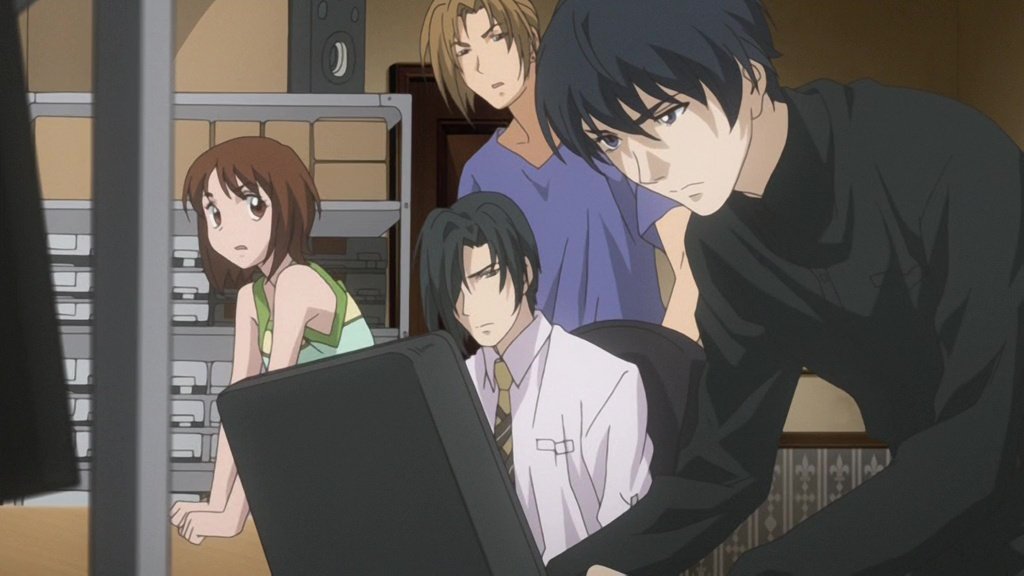 ‘Ghost Hunt’ is a lesser-known horror anime show that, unlike others, restrains showing gore or violence of any sort. It heavily relies on taking a very scientific approach towards its ghostly stories and puts a lot of emphasis on the role that each character plays. If we solely look at its horror elements, there isn’t anything exceptionally scary about it. But it’s the constant sense of suspense in its plot that keeps you at the edge of your seat at all times.

‘Ghost Hunt’ is certainly not for anyone as it is very different from most anime shows out there. And though it does have an initial clichéd school setup, the characters in it are far from your regular anime archetypes. J.C Staff is mostly known for its work in other anime shows but those who have seen this one will know that it is indeed one of their best creations. Regardless of whether you’re into horror or not, you should check this one out.

Ghost Hunt Season 2 Release Date: When will it premiere?

‘Ghost Hunt’ season 1 premiered on October 4, 2006 and with a total of 25 episodes, it ended on May 28, 2007. Since then, the anime has been widely appreciated and has also become fairly popular. But despite having an above-average rating on most platforms, the anime has not received a sequel yet.

Now if we look at J.C Staff’s history with popular well-received anime shows like ‘Toradora‘ and ‘Maid Sama‘, the Studio has not renewed them. Also, it has been more than a decade since the Studio came out with season 1 of ‘Ghost Hunter’. So as of now, since the Studio is already working on a lot of projects, it is very unlikely that they would ever want to return to a project that is so old. Even then, if we get any confirmed news regarding ‘Ghost Hunt’ season 2 release date in the future, we will surely update it here in this section. Till then, you can check out the shows on our list of other similar horror anime.

The English dub of ‘Ghost Hunt’ is available on Funimation.

An abandoned school building becomes the source of many ghost stories and Taniyama Mai and her friends don’t hold themselves back when it comes to spreading new terrifying stories that revolve around the isolated building. Shibuya Kazuya, a young president of the Shibuya Psychic Research Company, is invited to the school to investigate the rumors that are gripping the place.

Unknowingly, while heading towards the school one day, Taniyama ends up smashing one of the cameras that were installed in the school by one of Shibuya’s assistant. With this, she also ends up hurting his assistant. To pay him back for all the loss she has caused, Shibuya asks her to become his assistant. What follows is Taniyama’s journey into an unknown paranormal world where her scariest nightmares will come to life.

John Brown is a very helpful and kind-hearted priest who helps Taniyama with exorcisms. He uses the most orthodox methods for his exorcisms and carries holy water with him at all times. Compared to the exorcisms carried out by the others, his exorcisms seem to be less painful on the victims. John is actually from Australia but has recently learned Japanese. His accent still has this weird mother tongue influence that often makes it evident that he’s an outsider. He is the shortest boy in the group and has blond hair with bluish eyes. He shows a lot of empathy towards those who are possessed by spirits and is able to relate with all the pain they must be going through.

Because of all the things he has seen in the past, he also quite easy-going and is not easily disturbed by most events. This also allows him to act as a peacemaker when there are conflicts in the group. With his promising exorcism skills, he is one of the most crucial assets of the group. For obvious reasons, he also has a lot of connections with the Catholic Church and despite being only 19 years old, he is wise, mature and is very well aware of what he is doing.

Masako is a mysterious young girl who always wears a Kimono. She possesses the ability to channel and see spirits but it is unknown if her powers come from possession or are actually a part of her. Despite being only 16, she shows a lot of maturity and talks like she’s somewhere in her 40s. Just like John, because of her ability to feel the spirits, she is empathic towards them. She is very petite in stature and sports a short bob cut with jet black hair. She is beautiful in a very unique way and her beauty is often acknowledged by others. She is very calm and composed and rarely shows her feelings to anyone around her. A lot of times, she also gets fooled by the spirits around her and everything she is able to sense or feel does not make sense in context with the investigation. There are also several instances where the characters discuss her powers and while some of them trust her abilities, others feel that she’s imperfect.

Kazuya Shibuya is the founder and the present leader of the Shibuya Psychic Research and is known to be very confident about everything that he does. He really believes in all of his actions and shows a lot of determination towards every paranormal case that he gets to solve. He remains cold towards the people around him and is naive to the fact that he is extremely attractive. He usually thinks about his own self-interest and has no respect for people who waste his time. He hates exposing his own weaknesses and really appreciates his team of paranormal investigators because all of them are as talented as him. He spends most of his time alone and though he does have a fun side, he never really shows it to others.