Where Is Gideon Yeakley From My 600-lb Life Today? 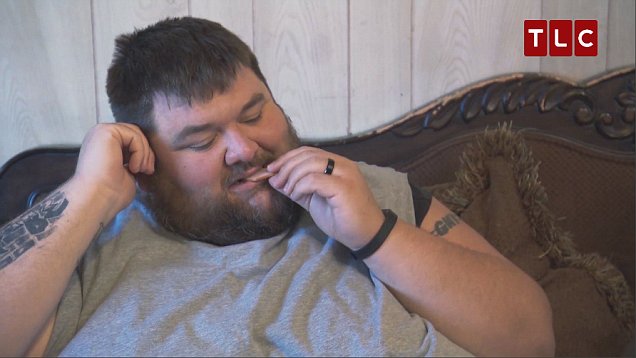 TLC’s ‘My 600-lb Life’ is an inspiring and heartwarming series about the struggles and battles of obese people as they try to lose their weight by changing their entire lifestyle and getting a weight loss surgery. These individuals all wight around the 600 lb mark and seek the professional help of renowned bariatric surgeon Dr. Younan Nowzaradan (Dr. Now) and his weight loss program in Houston, Texas. While some individuals crash and burn, unable to handle the stress of suddenly changing their habits, others, like Gideon Yeakley, turn that stress into motivation and conquer their demons and addictions.

We were first introduced to Gideon Yeakley in 2016 when he made his debut with season 4 of the series. The 33-year-old Mustang, Oklahoma native had ballooned up to 649 lbs, which meant that his bodily function and his ability to do day-to-day activities were next to nothing. His episode’s official synopsis states: “At 650 pounds, Gideon’s weight prohibits him from working, making him completely dependent on his exhausted wife. Desperate for change, he uproots his family to restart his life with weight-loss surgery and hopes for a future of happily-ever-after.”

With the support of his wife, Kayleigh, who left a very decent job to make the move, and son Johnathan, Gideon entered Dr. Now’s program and started to follow the diet plans and instructions that were given to him. First up, Dr. Now said that he needed to lose 50 lbs in a single month before he would even attempt to do the weight loss surgery. However, he was able to lose just 30 lbs, but instead of being down in the dumps about it, he became more determined and started working harder.

Eventually, he was able to do what was needed and got the gastric bypass surgery. But, unfortunately, after the surgery, Gideon was more lethargic and sluggish than ever. He switched eating with sleeping, and instead of getting a job and helping his wife around like he had promised he would, he just did nothing. Understandably, Kayleigh lost her patience after a while and even threatened to leave him and take Johnathan back to Oklahoma. That seemed to have an effect on him, and by the end of the episode, he was fitter than ever, having lost 220 lbs and weighing just 429.

Where Is Gideon Yeakley Now?

Well, it looks like the Yeakley family is back to living in Oklahoma, but they are together and happy. According to Gideon’s Facebook page, he is self-employed and doing is best to provide for his family. He has also continued with the weight loss journey and has made massive progress, as is evident from the few selfies that he has uploaded. He is now also a proud father of a baby girl by the name of Frankie that he and his wife welcomed in September 2017. It honestly seems like his daughter inspired him to work on himself and his well-being further.

Gideon did have a health scare in early 2019, though, when he just collapsed without any rhyme or reason. His wife posted on her profile that he had been admitted to the hospital and needed a CT scan to figure out what was wrong. Later on, she updated fans and told them that even though he was internally bleeding, nothing else was wrong. Every test that had been done, including his EKG, came back normal. Fortunately, Gideon was able to bounce back quite quickly and is now back on his feet again, focused on maintaining a healthy lifestyle so as to be around his wife and kids for as long as possible.

Read More: Where Is Garrett Rogers From My 600-lb Life Now?