Where is Gilberto Nunez Today? 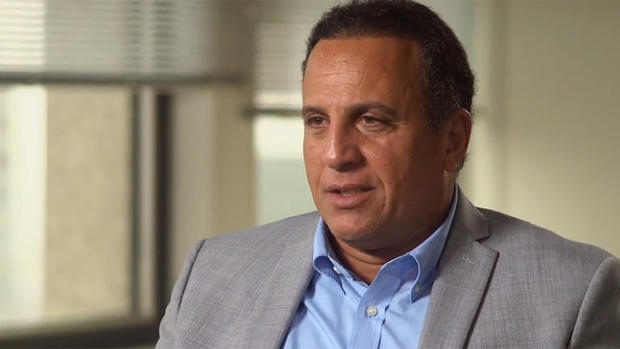 NBC’s ‘Dateline’ did a feature on the mysterious death of Tom Kolman, which transpired in November 2011. It is a case that has, to this day, baffled everyone, not just because his suspected killer, Gilberto Nunez, got acquitted, but also because of the events that occurred preceding his death. The love triangle, the set-ups, the conversations, they were all very strange, but in the midst of it all was Gilberto, Tom’s best friend.

Who Is Gilberto Nunez?

Gilberto Nunez, although divorced, was a devoted parent, just like Tom and his wife, Linda Kolman. He met the pair for the first time at their kids’ school and soon, they all formed a friendship that seemed unbreakable. Tom wasn’t very social and thought that spending time with family was more important, but Gilberto did end up being his only close friend, his best friend, you can say. But, despite that, despite all their positivity and close friendship, Gilberto and Linda started an affair.

It wasn’t just a haphazard one that could have been written off as a mistake either. It went on for almost a year and involved a lot of texting, phone calls, and letters. Apparently, Linda and Gilberto even celebrated their monthly anniversaries. Even when Gilberto let Tom know about the affair indirectly, it didn’t stop. In fact, the relationships between the three of them started thriving. Linda and Tom were still married, she was still seeing Gilberto, and even Tom and Gilberto started becoming closer than ever.

However, things started to change a bit after that. Gilberto gave Linda a letter supposedly from a CIA agent to report on charges that Tom, too, was having an affair. It was as if he was trying to break them apart so that he could have her for himself. And, when the police were investigating Tom’s death, apparently from midazolam, a dental sedative which was found in his system, they thought the same. It took them around four years to gather all the evidence and make the arrest, but in 2015, they finally charged Gilberto for second-degree murder.

Where Is Gilberto Nunez Now?

When the case went to court, even with the affair, the drug, the surveillance footage, the manipulation, and his whacky statements, Gilberto Nunez was found not guilty for the murder of Tom Kolman. The judge and jury claimed that it was all too circumstantial and that the sedative might be dangerous in isolation, but the dosage in itself wasn’t lethal. Gilberto was found guilty of two counts of possession of a forged instrument, though, one each for the phony CIA ID and the phony letter he said he had from the Agency.

Plus, that July itself, Gilberto had been charged with perjury for lying about having a permit for his pistol. And, he was also under indictment, in a completely unrelated case, for falsifying business records, grand larceny, and insurance fraud. With that, in February 2017, he was sentenced to jail and was sent to the medium-security Altona Correctional Facility in Clinton County. The once renowned Kingston dentist and volunteer firefighter, however, was released on September 10, 2018, on the basis of “merit time”. He served 19 months out of his potential seven-year prison sentence.

According to state records, Gilberto will remain on parole until October 2, 2023. And, even though he has his freedom right now, he can not go back to his former dental practice. When he was sentenced, his attorney did try to get a certificate that would allow him to regain his license following his release, but to no avail. And so, he has kept a low profile about his life. Gilberto had re-married a woman by the name of Yameil, an estate agent, by that point, and from the looks of it, they do still seem to be together, residing in New York. (Featured Image Credit: CBS News)