Where Is Linda Kolman Today? 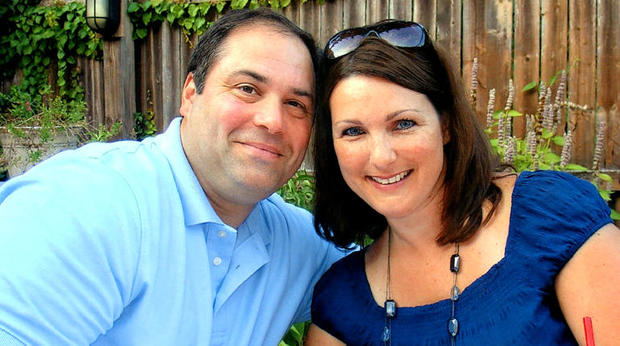 The investigation for the murder of Tom Kolman on November 29, 2011, revealed nothing but of a web of complicated stories that raised more questions than it gave answers. Every thread that was pulled arose a different set of puzzles, none of which matched up in a way that could get Tom the justice he deserved. It was a complete mess, yes, and it still is, but to understand it better, or to at least understand parts of it better, NBC’s ‘Dateline’ did a two-hour episode of it, within which, Linda Kolman herself gave us all the details about her marriage, her affair, and what transpired in the months before her husbands passing.

Who Is Linda Kolman?

Linda Kolman was Tom’s wife, had been for more than a decade before his death. But, she was also Gilberto Nunez’s lover, the man who was suspected of having killed him. Linda revealed that she had initially met Gilberto in 2009, during their children’s kindergarten orientation, and they had immediately clicked. Soon, he was introduced to Tom and they all became really close friends. Tom and Gilberto even more so, even when she and the dentist started their affair.

She revealed that he had kissed her at his practice and that she had let him because he had a smooth quality and that his personality was almost like it was sucking her in. However, withing their 11-month liaison, she realized that although she was in love with both of them, she wanted her husband and their family. But, she told Gilberto that she was leaving Tom because she was afraid he would kill himself. She felt stupid and foolish about it later on, but at that point, she was playing a game just to keep everyone alive.

What she didn’t know, though, is how it would end up for her. Tom was killed, yes, and initially, Linda couldn’t believe that Gilberto would have a hand in it, but then, when the police laid out the case in front of her, she realized that the man she had once loved was responsible for taking the life of the love of her life. She called Gilberto a “master manipulator,” someone who lives to torture others and even went as far as to call him a “sociopath” for taking her happiness away.

Where Is Linda Kolman Now?

During the trial for her husband’s murder, Linda testified against Gilberto, and, even though he has been acquitted of the murder charge, she still believes that he was responsible for drugging Tom with the dental sedative and taking his life. She was happy that he was ordered to stay away from her as a part of his sentence, but when the final verdict was announced, Linda was obviously upset that Tom couldn’t get justice.

After everything that happened, Linda has kept away from the public eye. She moved from Saugerties, New York, to Rhinebeck, New York, but she is still a mom who takes care of their kids. Every day she deals with the guilt of believing that her involvement with Gilberto led to the death of her husband, and every day, she hates herself for it. She has apologized to Tom’s family and closed ones, but it seems like it’s a long road until she reaches the point where she can finally forgive herself. (Featured Image Credit: CBS News)