Girls Incarcerated Season 2: Where Are They Now? 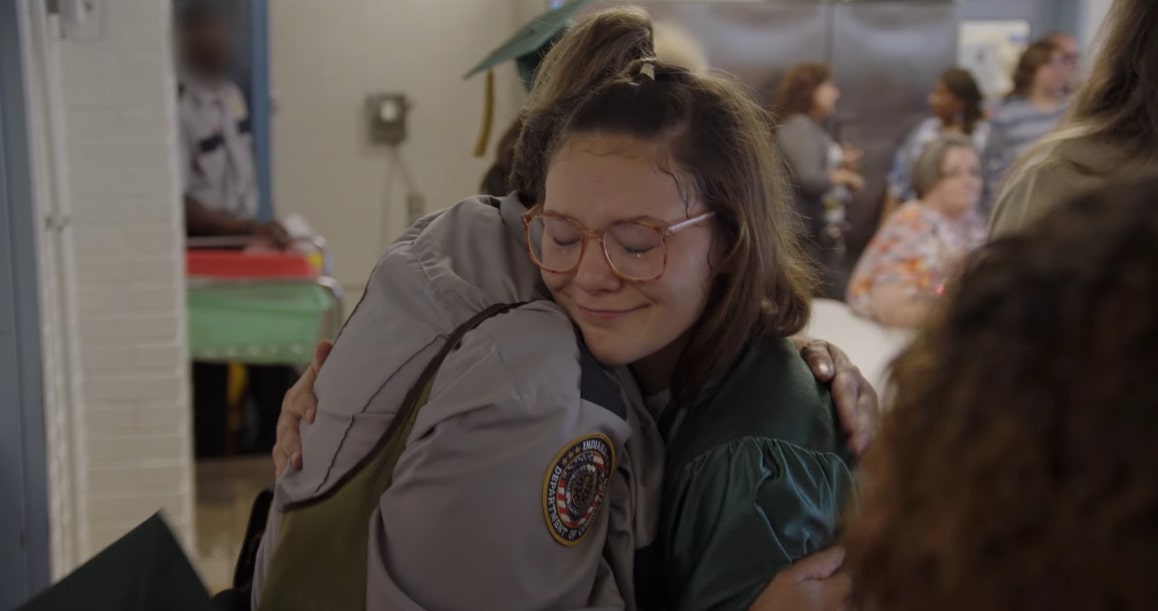 It’s no secret that the teenage years are challenging for almost everybody, but things are actually much worse for those who find themselves on a dark path after being dealt a bad hand in life. As the title suggests, that is precisely what Netflix’s ‘Girls Incarcerated’ highlights by revolving around the young females who are serving time behind bars for their once reckless actions. So, now that it’s been a while since season 2 first introduced us to the inmates at the LaPorte Juvenile Correctional Facility in Indiana, let’s find out all about their current standing, shall we?

Where is Jesse Rose Now?

With Jessica “Jesse” Rose’s father getting locked up for 200 years when she was just 7 (allegedly for child molestation), she was essentially thrown into a life of uncertainty. Her disruptive behavior didn’t help either, particularly as she accumulated an extensive rap sheet by the age of 16, including charges of robbery, hit-and-run, drug possession, carjacking, battery, and driving without a license. In fact, Jesse’s undeniable issues — anger, attitude, and disrespect — went to such an extent that even a fellow student inmate deemed her their “least favorite person in this entire facility.”

Despite everything, though, Jesse not only managed to be let out of prison on time, but she later also applied and got accepted to the Ivy Tech Community College. It appears as if she has since preferred to keep a vast majority of her life away from the spotlight. Yet we do know she presently resides in Logansport, Indiana, close to her supportive family. Her social media presence further suggests that she’s a granddaughter, daughter, sister, aunt, and mother who is proud to have seemingly trouble-free experiences these days.

Where is Tiffany Kristler Now?

When we first came across Tiffany Kristler, she was a 16-year-old who had long used violence as means to express her rage following a difficult childhood and her parents’ contentious divorce. However, the teen mother’s decision to go out on an armed robbery spree with her baby daddy on December 8, 2017, is what eventually landed her in the state facility. Thankfully, no one was seriously injured in the firearm-driven home invasion thievery, which allowed her to attain complete freedom from LaPorte on December 21, 2018.

Tiffany’s parole ended for good around August 2019, and she hasn’t had any run-ins with the law since then either. In fact, in the three years she has been left to her own devices, it looks like she has only led an honest, positive life. In simple words, the Indianapolis native has reconnected with her daughter, welcomed another baby girl into the world, and found a stable job at Aeropostale.

Where is Zarriah Thomas Now?

Being the youngest of the bunch at 14, Zarriah Thomas had found herself in jail for a fight that honestly went too far. She’d always been a sweet individual, as per the series, but she did have anger issues due to the fact that her mother had abandoned her. That’s why she was arrested again shortly after her release — for basically violating parole — just to be let out around mid-March 2020.

Zarriah moved in with her godmother upon leaving prison and began rebuilding a relationship with her estranged mother. At the same time, she was working hard to graduate from high school. By never looking back, it seems that the Goshen native has even managed to study at Ivy Tech Community College, with dreams of becoming a child advocate one day. She hasn’t been involved in any legal matters since.

Where is Hannah Aberegg Now?

Hannah Aberegg’s backstory is genuinely one of the most heartbreaking because of the emotional aspects involved. After all, not only did her mother walk out on the family when she was young, but she started doing drugs at 13 and was gang-raped at 16. These experiences thus forced her to run away from the group home she’d been placed in and work as a sex worker, leading to her arrests for criminal mischief, the battery of a police officer, and more. She was arrested a total of seven times by the time she was 18.

According to the Netflix original, Hannah accidentally overdosed following her discharge, yet she saw it as a sign to do better and began working in fast food while pursuing nursing. More importantly, although she gave birth to a beautiful baby boy after getting pregnant around 2020, some reports suggested she’s still struggling with sobriety as well as having unlawful run-ins. With that said, the South Bend resident currently has her freedom and seems engaged to Dominic Brown.

Where is Carisa Hale Now?

Carisa Hale turned to drugs for some much-needed solace after having lost her father at the tender age of 11. This eventually led to struggles with addiction and landed her behind bars. However, the 17-year-old was still one of the most low-risk juveniles at the facility, especially owing to her “hilarious,” “mature,” “hardworking,” and bubbly personality when sober. That’s why she was released from LaPorte Correctional Facility for good in September 2018 after serving merely four months.

Carisa was then arrested on a domestic battery charge in November 2019, with a $600 bond, yet it seemingly went nowhere. Therefore, from what we can tell, she now lives a sober life in Crawfordsville, Indiana, alongside her partner and son – Marshall Craig Roche – who was born in the summer of 2019. She also holds an honest, full-time job at food manufacturing company Ken’s Foods, which she appears incredibly proud of, as she should be.

Where is Carli Imel Now?

When we first met Carli Imel, she was doing time for grand theft auto while battling drug addiction, something both her parents, unfortunately, struggled with as well. In other words, the 15-year-old didn’t really have extremely positive or ideal influences to look up to growing up, which affected her overall behavior and actions in a way no one could’ve ever imagined.

Hence, even though Carli got out of LaPorte on time, she has sadly continued to face her fair share of criminal problems. Months after giving birth to her son Wyatt Dalton (December 2020), she was arrested for the charges of marijuana possession as well as public intoxication in April 2021. Four months later, the Decatur County police apprehended her again for the same, plus simple domestic battery, the latter of which happened once more on January 12, 2022.

Where is Harley Moody Now?

Carli Imel’s cousin Harley Moody had her issues as well, yet she tried her best to be a role model for her younger kin once she arrived. Thus, upon learning she wouldn’t be able to make it back home in time for Christmas as expected, she was obviously upset about the whole situation. So, of course, the fact that the producers of ‘Girls Incarcerated’ couldn’t follow up on her at the end made us even more curious about her whereabouts.

With that said, we’re glad to report that it looks like Harley has stayed away from any unlawful activity since her discharge, making a home for herself in Greensburg to be near her family. Furthermore, she is presently working as a Cleaning Technician at Mpw Industrial Services to build a good and comfortable life for her small yet adorable brood, as seen above.

Where is Arionna Davis Now?

Arionna Davis was in LaPorte for the second time when she was introduced to the viewers, only to be given a third stint shortly after filming concluded for violating parole. Regrettably, though, we have no other information on her because she has kept her distance from all social media platforms and the public eye in general since 2014.

Read More: Girls Incarcerated Season 1 Cast: Where Are They Now?