Are Gizelle and Jamal From The Real Housewives of Potomac Still Together?

Being a pastor of a renowned church does not come with a guarantee that you would have a squeaky clean past. This holds true especially for Jamal Bryant, who has been the man of God at the New Birth Missionary Baptist Church in Lithonia, Georgia, for nearly 20 years. Despite the prestigious vocation, he made a few irresponsible choices that cost the man his marriage.

Luckily for him, after over a decade, his ex-wife, Gizelle Bryant, looked past the bygone mistakes and forgave him. But was it only a temporary feeling, or are they still together? What secrets does season 5 of ‘The Real Housewives of Potomac’ hold?

Gizelle and Jamal: Journey Together

Gizelle began her roller coaster ride with the father of her children, Jamal Bryant, in 2002, the year the couple shared their wedding vows and promised to stick by each other till the end of time. They became parents to three daughters – Grace, 15, and 14-year-old twins Adore and Angel. But they soon hit a rough patch when her then-husband’s cheating lifestyle came to the forefront. According to the reality TV star, the worst part was that it was not a one-time mistake but a series of extramarital affairs.

It broke them apart, and they ended their seven-year-long marriage in 2009. Both of them moved on to other people during the years that they were living apart. But apparently, nothing ever came off those relationships as the two seemed eager to jump back to each other. Things took a turn for the better when Jamal sincerely felt apologetic for putting Gizelle through so much pain. He promised to make up for his past misdeeds and entreated her to have him back in her life.

Gizelle began to see Jamal’s personality develop into a more mature and humble person over a decade later. Also, with an improvement in their ability to communicate, the equation began to feel more manageable. But living separate lives for so long came with its repercussions. Fans found her standing on the crossroads, unable to decide which way to go! But with time, it looks like the philanthropist has finally made up her mind and seems steadfast about it too!

Are Gizelle and Jamal Still Together?

It seems like Gizelle Bryant has infused the idiom “To err is human, to forgive divine” in her veins and practices it every day of her life. Not only has she let go of Jamal’s past mistakes but also publicly defended him against wild rumors that claimed that he had fathered a child with a member of his Atlanta congregation. In 2019, Jamal actively pursued her, and after some time, they reconnected and eventually rekindled their relationship. During her appearance on ‘Watch What Happens Live with Andy Cohen,’ the TV personality denied the tittle-tattle. 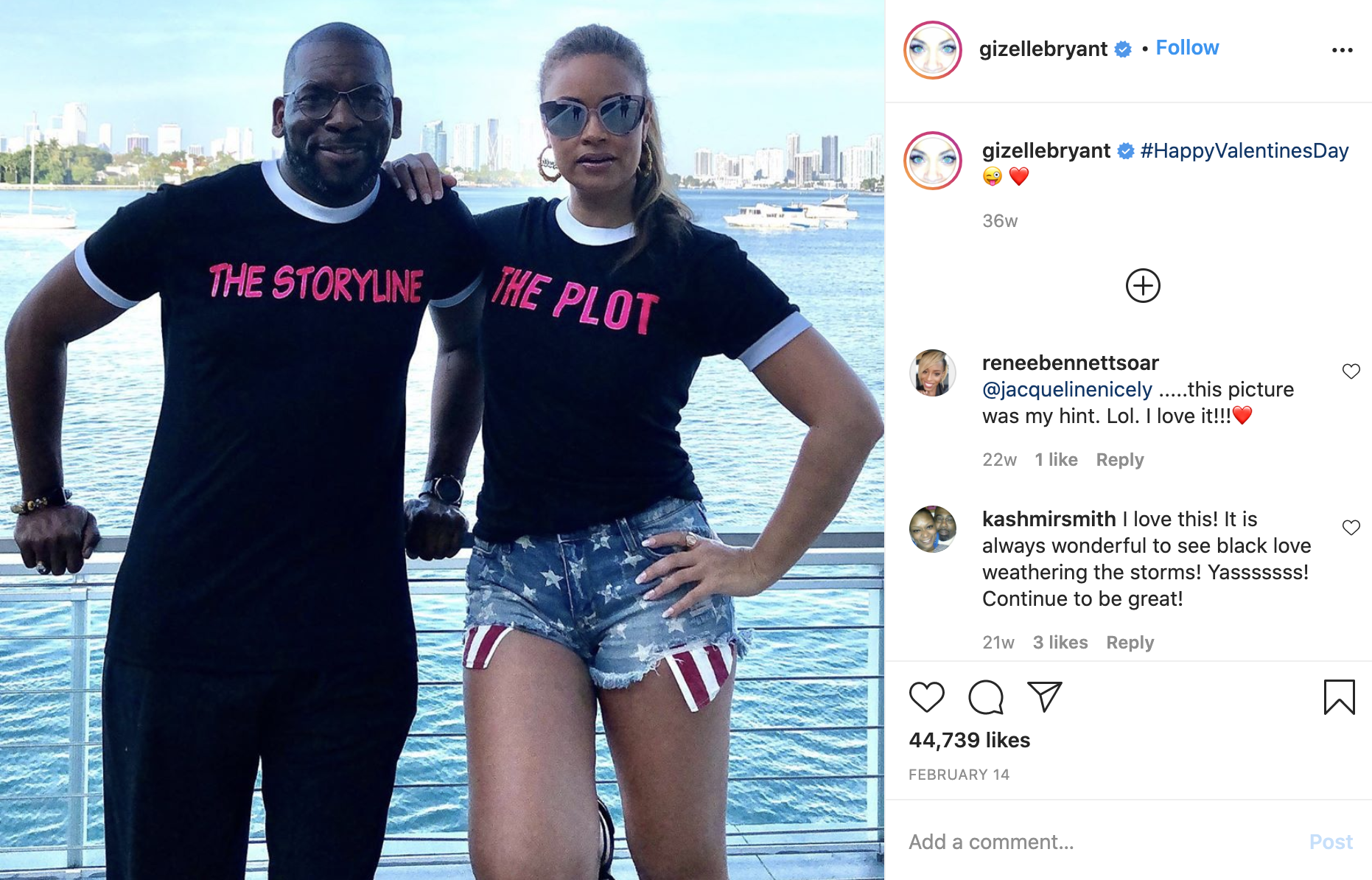 Shortly after, she confirmed the same during Part 1 of the ‘RHOP’ season 4 reunion. Robyn Dixon, a fellow cast member on ‘RHOP’ and Gizelle’s close friend, whole-heartedly supported her decision to get back with her ex-husband. Having a similar life story helped her to understand the dilemma the mother of three must be facing. With immense support from her well-wishers and faith in her heart, Gizelle is taking baby-steps into the relationship. The EveryHue Beauty co-founder and her beau are currently in a long-distance setup as she is based in Maryland while Jamal is working in Georgia.

Read More: Are Joanna and Romain From The Real Housewives of Miami Still Together?