Will There be a Glow Up Season 3? 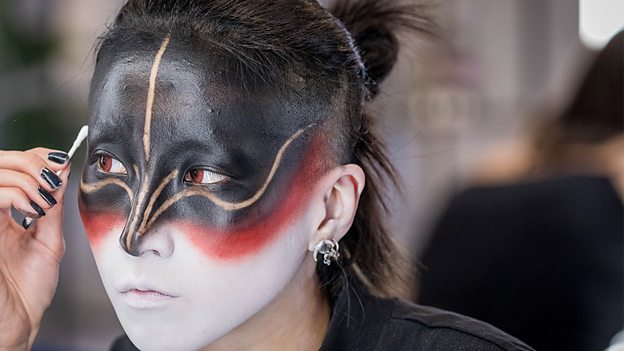 ‘Glow Up: Britain’s Next Make-Up Star’ is a reality competition, designed to test the artistry of make-up artists. The show, upon its premiere, instantly managed to attract the younger section of the audience. Make-up is a lucrative industry and here, only the best talent can survive. And ‘Glow Up’ manages to throw the limelight on rising stars who showcase enough promise to make it big in this market. Due to this innovative concept, the series was picked up by Netflix to air for the international audience. With its second season having come to an end, here’s what you need to know about ‘Glow Up’ season 3.

‘Glow Up’ season 2 premiered on August 14, 2020, on Netflix. Before its global release, it aired in the UK on BBC Three from May 14, 2020, to July 2, 2020. It consisted of eight episodes. Although the BBC has not officially announced the show’s renewal, casting calls are already underway for the third outing. This means that another season is in the works. Since the deadline for submissions is in October 2020, we expect filming to start soon after. If things move according to schedule, we can expect ‘Glow Up’ season 3 to premiere sometime in Summer 2021.

Created by Michael Fraser and directed by Rob Fisher, ‘Glow Up’ is hosted by Stacey Dooley. Dooley is a tv presenter, journalist, documentary filmmaker, media personality, and author, mainly known for her work in social causes. She was a participant of ‘Blood, Sweat, and T-shirts’ and following this, she progressed to create docu-series for social issues such as child labor and the condition of women in developing countries. A Member of the Order of the British Empire, Dooley was the winner of ‘Strictly Come Dancing’ season 16. She has additionally authored the non-fiction book, ‘Stacey Dooley on the Frontline with the Women Who Fight Back’.

Joining Dooley are Dominic Skinner and Val Garland as the judges. Each season introduces us to 10 make-up artists (MUAs), battling it out to make it to the top. In season 2, we had Ophelia Liu as the winner. Season 3 will see Dooley, Skinner, and Garland making their respective comebacks, accompanied by a fresh batch of aspiring, talented make-up artists.

What Can Glow Up Season 3 be About?

Each episode of ‘Glow Up’ starts with a professional assignment where the make-up artists (MUAs) are needed to follow a brief and complete a task. After this round, the judges pick one to three winners who help them with more make-up looks. At the end of the professional assignment, the panel chooses the bottom-two performers, who partake in the creative brief. Here, the MUAs are required to recreate a look.

The last round is called the face-off, which involves two MUAs and sectional make-up tasks. The contestant with the lowest score leaves the game. After several weeks of progressive eliminations, the last-remaining MUA is declared as the winner. Since the format of ‘Glow Up’ has essentially remained the same over its past seasons, we expect it to stick to a similar structure in the next edition as well.