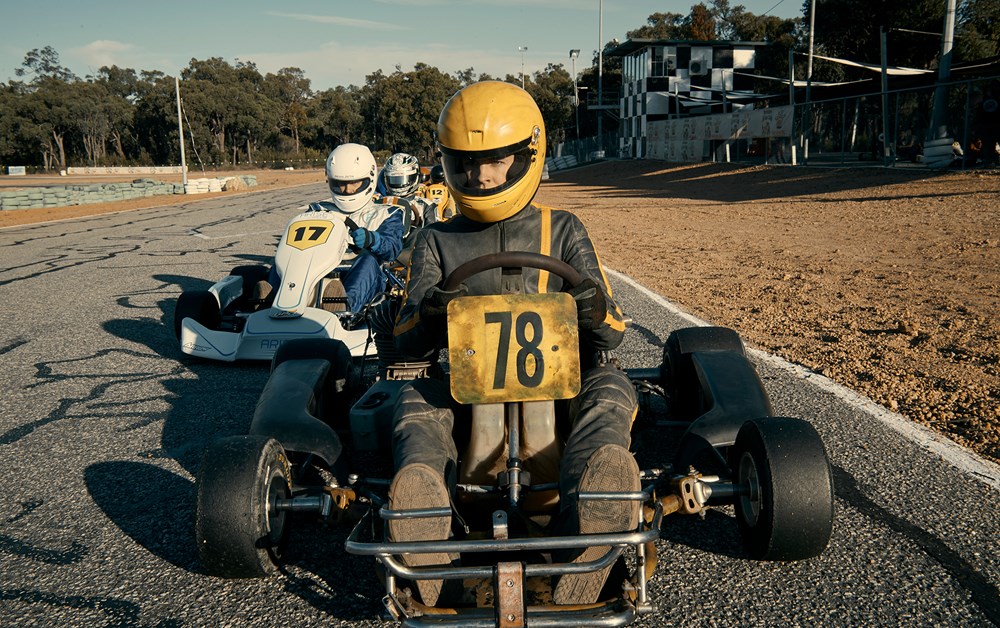 ‘Go Karts’ or ‘Go!’ taps into the thrill of Go Karting, and the emotions that come along with it. The movie is helmed by Owen Trevor, the acclaimed director of the UK version of ‘Top Gear‘. The premise of the film follows Jack, a 15-year-old maverick, who finds that go-karting is his true passion.

He is aided by his friends Colin and Mandy, besides being taken under the wing of Patrick, his mentor. However, the old race car driver has a secret in his past. As for Jack, he has to reign in his recklessness, which is common at his age, if he wishes to go up against and defeat the best drivers in Australia.

‘Go Karts’ sets Dean, the ruthless champion, as the antagonist, in what happens to be a high octane family movie. The visual richness of the story, besides using apt locations to weave the tale, might make you wonder about where ‘Go Karts’ has been filmed. We have got you covered in that regard.

The filming for ‘Go Karts’ has taken place completely in Australia, where the story is set. Specifically, filming has taken place in Western Australia. In fact, you can check out a call from the producers, asking drivers, officials, and teams, to be more involved in the process.

Producers of the Go Karts movie have put out a call to become involved with the production. They need drivers, teams, officials & spectators for their filming days at various kart tracks in WA: https://t.co/s5gJ7U2DTh

Alannah MacTiernan, the Minister for Regional Development spoke about this, saying, “I am delighted that GO KARTS will enhance the marketability of Western Australia’s South West as a filming and tourist destination nationally and overseas and will stimulate the South West economy through skills development and employment opportunities.” Now, without further delay, let us walk you through the specifics of the filming locations.

Busselton features prominently in ‘Go Karts’, which also shows the broader South West. People were pleased when it was announced that ‘Go Karts’ would film there, and the actual name of the city would be used. Notably, there are several iconic locations in Busselton, which is likely to make its way into the movie.

A spokesperson for the city spoke about the opportunity, saying, “Many local businesses will be utilized for and throughout the shoot, not just in respect to goods and services but also being featured in the film itself.” You can check out a tweet confirming that ‘Go Karts’ has been filmed in Busselton.

Some of the go-karting scenes have also been filmed in the tracks in and around Perth. We already know that some filming took place at the Cockburn International Kartway. Apart from that, filming has also taken place at the Bunbury City Kart Club, Tiger, which is Dan Riccardo’s old club, and Wanneroo. Reports also state that some filming has taken place at Hurricane and Wundowie.

The latter is a small WA town, located between Perth and Northam in the Darling Range. Therefore, it is evident that ‘Go Karts’ has made use of multiple locations in West Australia, including the race tracks, to brings this movie to life.