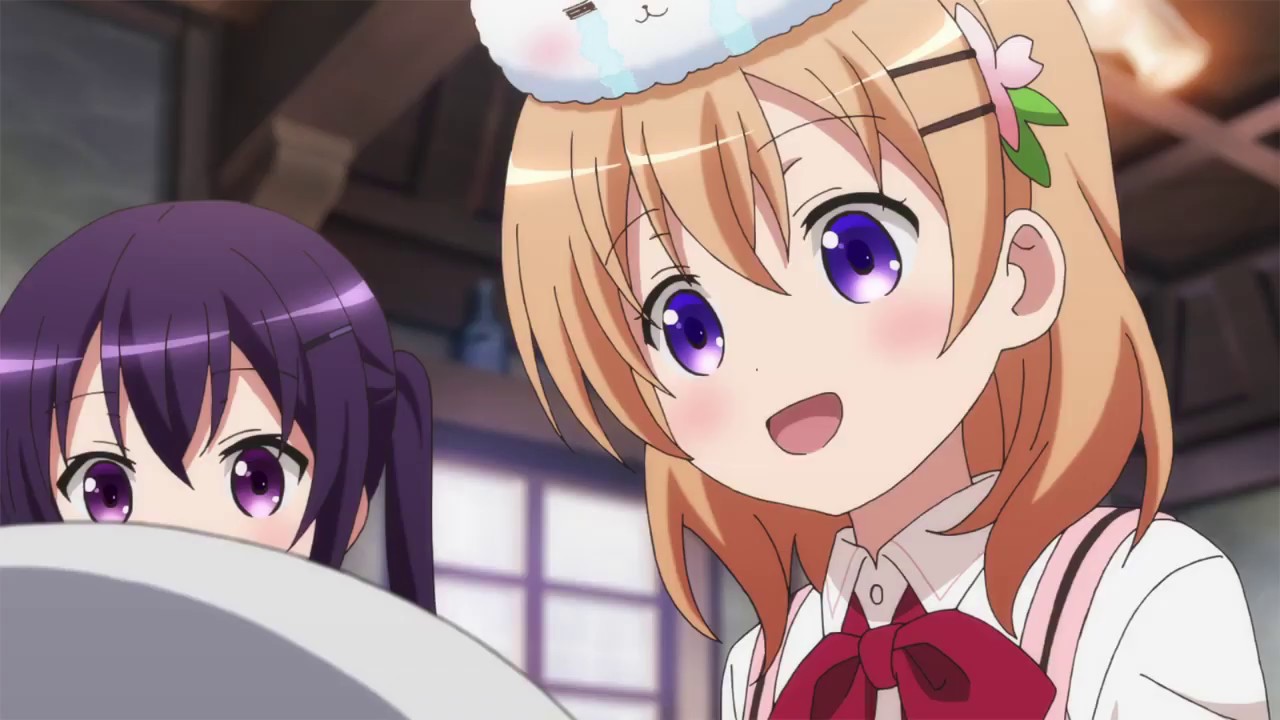 “Cute girls doing cute things” themed shows have become a common sight in the anime industry, but, of course, no one’s really complaining about it. If you’re an anime veteran who enjoys deep intricate shows with hefty plots and character development, nothing much about ‘Gochuumon wa Usagi Desu ka’ will appeal to you. However, if you’re looking for a simple feel-good show that just focuses on loli girls enjoying their day-to-day lives, this anime is certainly one of your best options. That being said, here is everything we know about the upcoming season of ‘Gochuumon wa Usagi Desu ka.’

Is the Order a Rabbit Season 3 Release Date: When will it premiere?

A third season of the anime has now been confirmed and Gochuumon wa Usagi Desu ka’ season 3 has been scheduled for a release in 2020. As of now, the studio behind it has not announced any confirmed dates for its release, but as soon as we get any news on that, we will update it here in this section. The upcoming season will again be directed by Hiroyuki Hashimoto and its script will be written by Kazuyuki Fudeyasu, who is also known for his work in ‘Black Clover’ and ‘Bleach.’

Is the Order a Rabbit English Dub:

The English dub of ‘Gochuumon wa Usagi Desu ka’ is not available on any legit streaming platforms, but you can stream the first two seasons of the anime with its original Japanese audio and English subtitles on Crunchyroll.

Is the Order a Rabbit Plot:

Kokoa Hoto is an optimistic outgoing girl who makes friends way too easily. Later, to attend a good high school that is far away from her home, she moves in with the Kafuu family. But even after moving to a whole new place, she is easily able to make many new friends. Chino Kafuu, the girl with a rabbit on her head is very shy, but Kokoa makes her feel good about herself and the two of them become great friends from the very first day.

Soon after this, when she starts working as a waitress at a cafe, she befriends another girl named Rize Tedeza, who is freakishly strong because of her military upbringing. They are soon joined by two other waitresses, Chiya Ujimatsu and Sharo Kirima, and what follows is a heartwarming adventure where they learn to deal with the trials and tribulations of their job.

Is the Order a Rabbit Characters:

Cocoa, the main protagonist in the series, is a cute girl with strawberry blonde hair and purple eyes. She is usually seen in the uniform of the cafe in which she works. Cocoa is a very cheerful girl and always keeps a positive attitude towards her problems. She’s also an extrovert and is easily able to make friends. Her vibrant personality is very infectious and it often spreads on to those around her. When necessary, she also takes her decisions with a lot of maturity. She never thinks twice before helping others and also becomes an “older sister” figure for most of her friends.

She has a very short attention span and is also very clumsy. Usually, she does not even pay too much attention to what’s going on around her and causes unnecessary accidents. But despite being a little air-headed and unaware of what she’s truly good at, she never gives up and tries to give her best whenever possible. There are times when she really wishes that she had some special talents.

Chino Kafu is another main protagonist of the show, who is the shortest character in the main cast. She has long straight hair with relaxed blue eyes. Unlike most other girls at the cafe, Chino acts really mature for age and takes on more responsibilities than anyone else. She takes her work very seriously and hates when anyone else tries to get in her way. She looks like a child and is often treated as one. But since she gets all the work done at the cafe, she hates being called a kid.

Chino also shows no emotions and does not even smile when she’s really happy. But as she gets closer to the other girls at the cafe, she slowly starts opening up about her feelings and even starts smiling more often. She even starts doing childish fun stuff that she would have never done at the beginning of the series. More than anyone else, it’s Chino who learns the value of having some close friends.