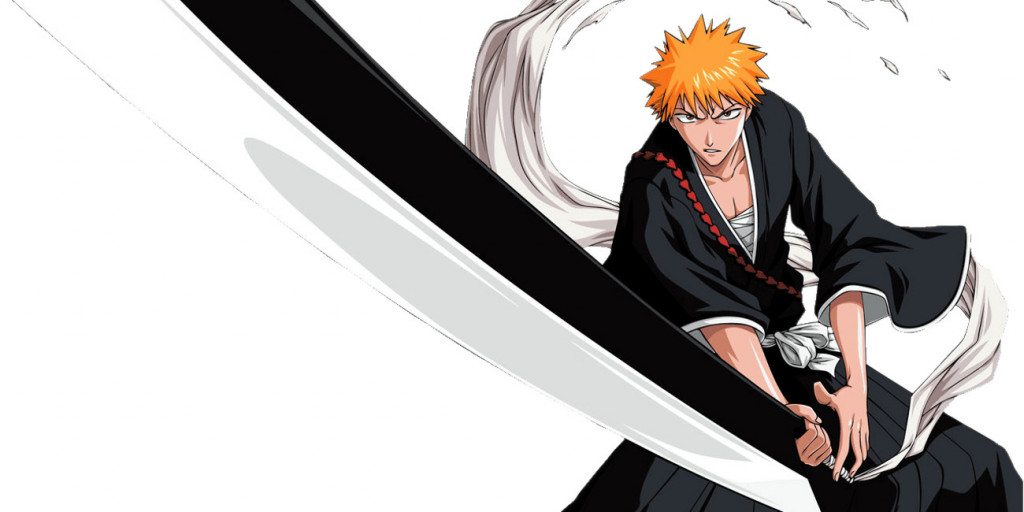 ‘Bleach’, ‘Naruto‘ and ‘One Piece‘ are three of the most mainstream long running shounen anime. Fans of the three shows often spark debates about which one is the best among them and the conclusion is usually inexplicably biased towards what each crowd prefers. When it comes to ‘Bleach’, leaving the comparison aside, it is one of the most interesting and enthralling anime universes ever created. Despite the shortcomings that it holds, ‘Bleach’ never fails to entertain and has a concept that is simple yet engaging.

‘Bleach‘ has never really been high on art but it doesn’t have to be, because it makes up for its lack of impressive visual aesthetics by exploring various profoundly universal themes like friendship, love, battles and glory. There are too many fight-centric anime already but ‘Bleach’ manages to somehow set itself apart from all of them. Though the characters may seem stereotypical on the surface, the show differentiates them with unique personalities and some traits that have never been seen before in any anime character. The story picks up its pace earlier during the show, but the animation part catches up much later. But even then, Studio Pierrot does a great job with the animation style that is mainstream but still is pleasing to the eyes.

The storyline always sends out a clear message and you know what exactly the anime is up to all the time. It has its own set of cliches like speedy character movements, special effects and time dilated fight scenes that last for episodes but the uniqueness can be seen in the overall art aspect of the anime. Even the music sets up a distinctive tone for each scene and the battles of the anime. Music is one aspect where most of the mainstream long-running anime suffer but that’s where ‘Bleach’ breaks the stereotype and brings in a diverse set of soundtracks that are pleasing to the ears.

If you’re looking for an anime that offers some classic adventure along with a very modern outlook towards topics like death and after-life, then this must be your first pick because in that aspect, ‘Bleach’ is almost perfect. And even with its unique characters and animation style, the anime manages to be way above your regular shounen series. That’s probably the reason why it is often compared with the bigger names of the anime world. It has its own set of flaws, especially the never-ending unnecessary fillers. But that’s the same with other long-running anime, except for ‘Inuyasha’.

Long-running anime series are often great time killers but all of them come with a price; they are either slow-paced like ‘Inuyasha’ or they come with endless fillers that add no value to the long-term plot. So we can just dismiss this one flaw because as a viewer we always have the choice of just skipping ahead. Hence, any anime lover, at least once, should give it a shot despite what other Shounen haters have to say about it.

Bleach Season 17 Release Date: When will it premiere?

‘Bleach’ season 1 released on October 5, 2004. Over the next 8 years, the show had 16 seasons with a total of 366 episodes and ending its run on March 27, 2012. The anime has been on a hiatus since then, but there may still be some hope for a new season because it ended rather abruptly. The rumors suggest that it came to an end because of its extreme use of fillers, which eventually made it subpar. The anime just goes on till the fullbring arc of the manga and what follows is the best arc in the entire series — The Thousand-Year Blood War. It’s sad that the anime came to an end right before that. It’s been several years now and there are still no confirmations yet. At this point Bleach season 17 release date of even 2021 or 2022 seems like a distant dream. But we will keep you updated if we hear any news regarding the same.

The English Dub of ‘Bleach’ is available on the website of its official licensor Viz Media and also on Netflix and Crunchyroll.

‘Bleach’ is an adaptation of the first 54 volumes of a manga series that goes by the same name. Four original anime arcs, which are basically fillers, also premiered in between the manga adaptation of the show. The main sell out of this anime is its characters and battles, so it is pretty obvious that through a span of 366 episodes, many characters are introduced. It is close to impossible to cover all of it in a brief synopsis but we’ll try our best to make sure that the ones who haven’t seen the anime, get a fair bit of idea through our plot description.

‘Bleach’ centers around a typical high-school teenager named Ichigo Kurosaki, who lives an ordinary life. But all of this changes when his family is attacked by an evil spirit that is hungry for the soul of innocent humans. A Soul Reaper named Rukia Kuchiki steps in and somehow saves the family from the wrath of the Hollow but gets severely injured in the process. Rukia offers Ichigo to take her supernatural soul reaper powers. Ichigo has no choice but to accept the offer in order to protect his family, and that’s when his new life begins as a Soul Reaper.

However, later, when Rukia tries to regain her powers after Ichigo saves his family, she fails. This forces Ichigo to step inside her shoes and hunt down other Hollows just like the one that tried to harm his family earlier. In this fight for ending evil spirits, Ichigo is not alone and is joined by three of his classmates — Yasutora Sado, Uryuu Ishida, and Orihime Inoue — each of whom possesses unique abilities and skills. The four of them start getting used to their responsibilities as saviors of mankind from evil forces, only to later realize that the Hollows are not the only threat that grips the world; a dark adventure awaits the group and they must soon learn everything they can in order to survive this never-ending battle between the good and the bad.

The next season, if it ever comes, will be covering ‘The Thousand-Year Blood War Arc’ of the manga, which is known to be the best arc out of all. Fans have taken it upon themselves to animate this arc but we would prefer the original any day. The wait seems endless right now but eventually, it is going to be worth it. Till then, you can always catch up with the live-action movie adaptation of ‘Bleach’ that came out in 2018. 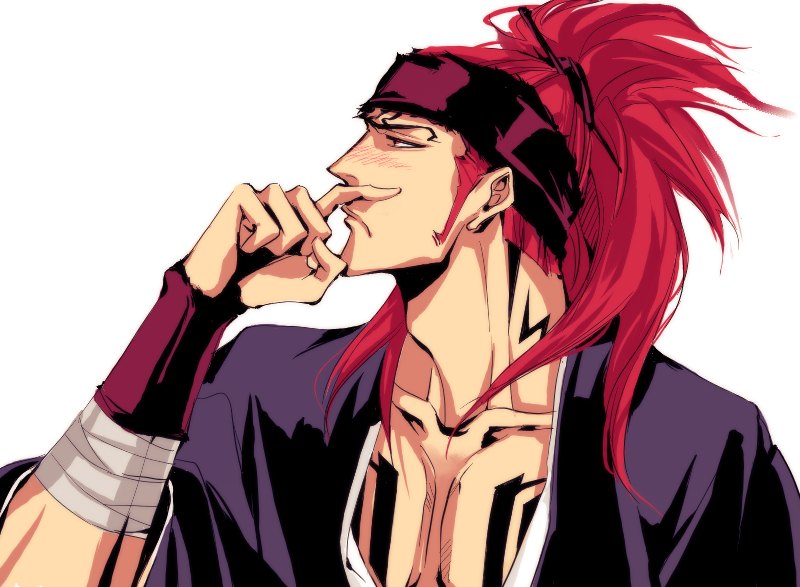 Renji is usually seen as a happy clueless character who only gets serious during life or death situations and often gets depressed after losing a battle. He has long red hair that he keeps tied up at all times. His body is full of tribal tattoos that may have something to do with his past. Overall, he’s quite an unusual Shinigami with a very fickle personality. 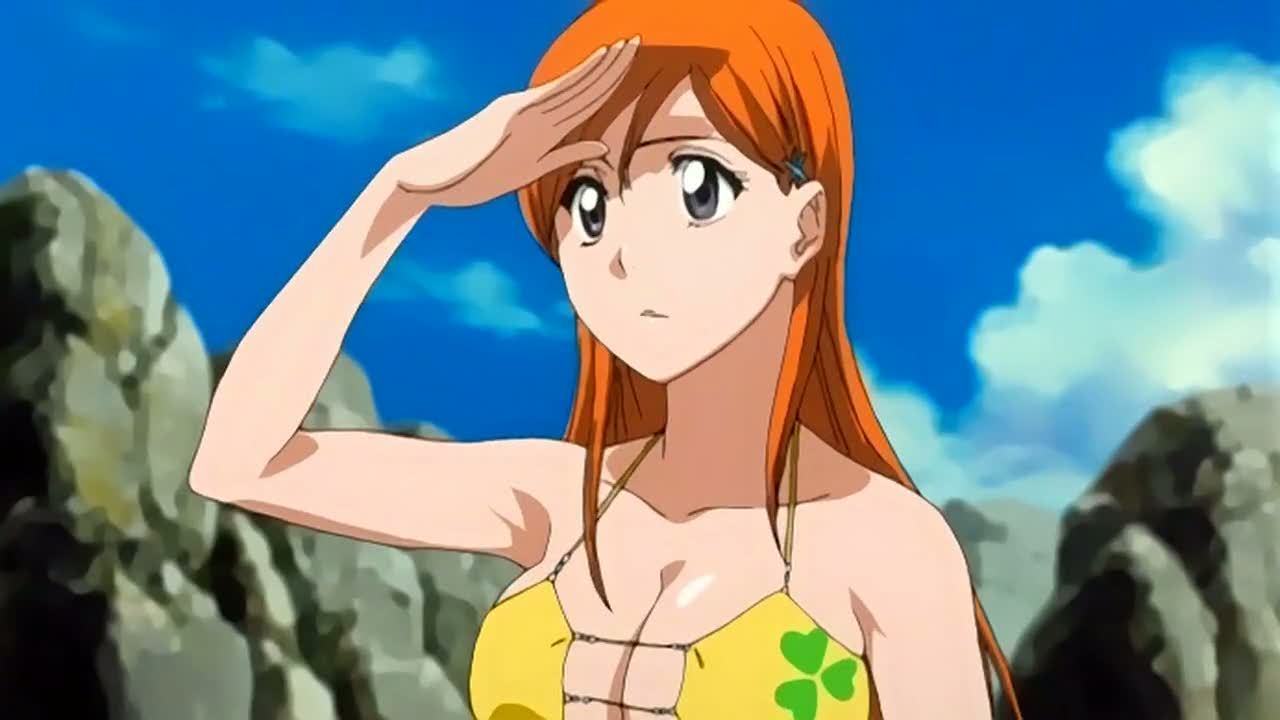 Orihime is like your typical shounen anime attractive girl, who is friendly, full of energy, kind and gentle. She’s often clueless about everything going on around her and yet she manages to excel in school. Her large breasts often become the source of fan-service in the form of silly humor. She is usually found rushing in and out of situations without giving too much thought to things and often ends up in unwanted, embarrassing situations. 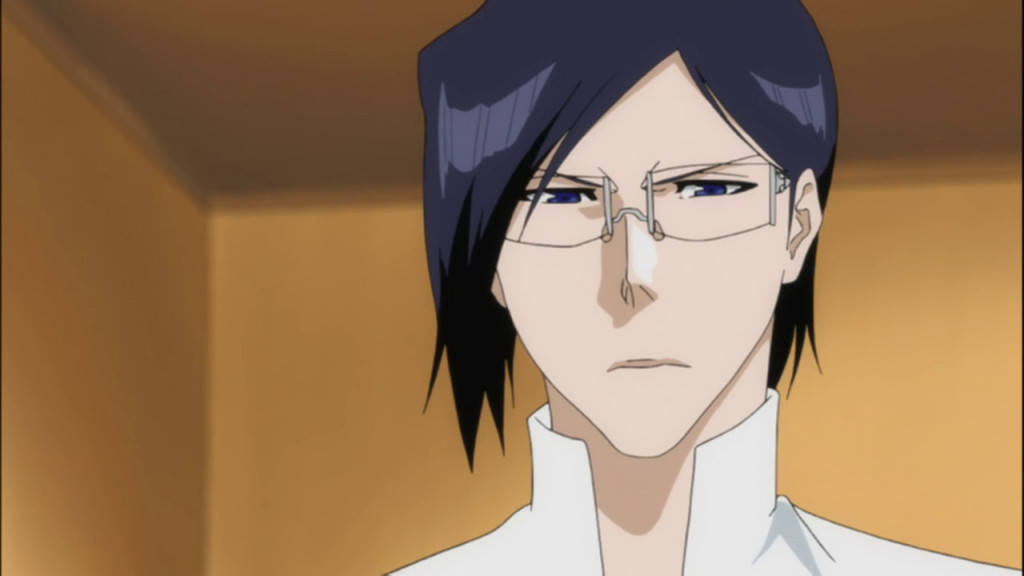 Uryuu has his own set of morals and has a very strong sense of justice. He also shows a very chivalrous nature from time to time and believes in punishing men who abuse women. Usually, he is seen as a very shy and calm person who tries to act cool around the people he wishes to impress. His relationship with his father has never been too great and he often uses an abusive term to describe his father. He also avoids using any lethal forces during battles. 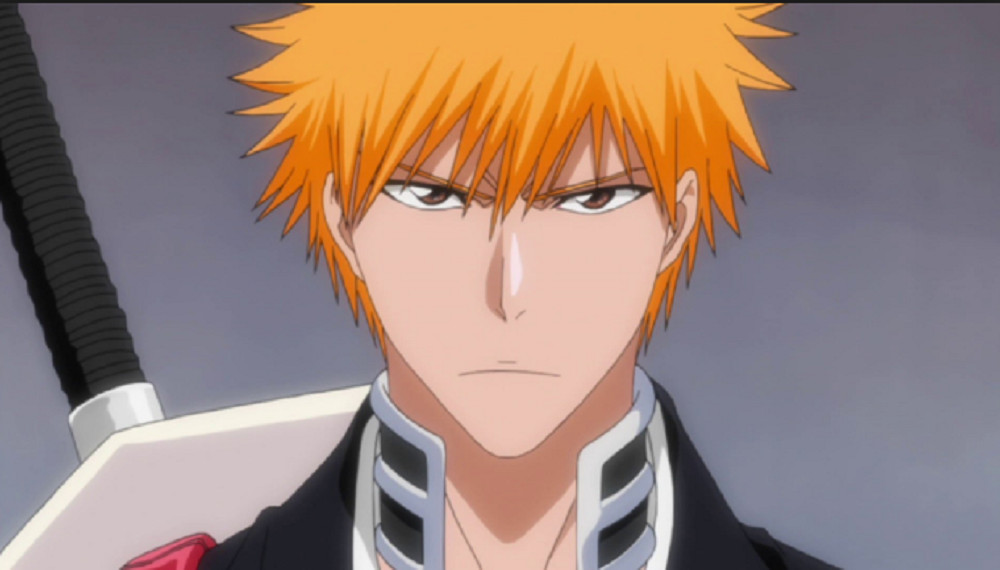 Ichigo, as a kid, used to be very dependent on his mother and his whole world revolved around her. His teenage years are quite different and he grows up to become this spiky-haired punk, who is often ridiculed for how his hair looks. He tries to portray that he doesn’t care about anything and walks around with a smirk all the time. But contrary to that, he actually wants to appear cool and deep inside, it does matter to him what others think of him. At a very young age, Ichigo is weighed down by the responsibilities of becoming a Shinigami but he still manages to create a balance between his supernatural and human life. Everyone sees him as this outcast punk in school but to prove that he too is capable of succeeding, he studies hard and secures the 23rd position in his school. 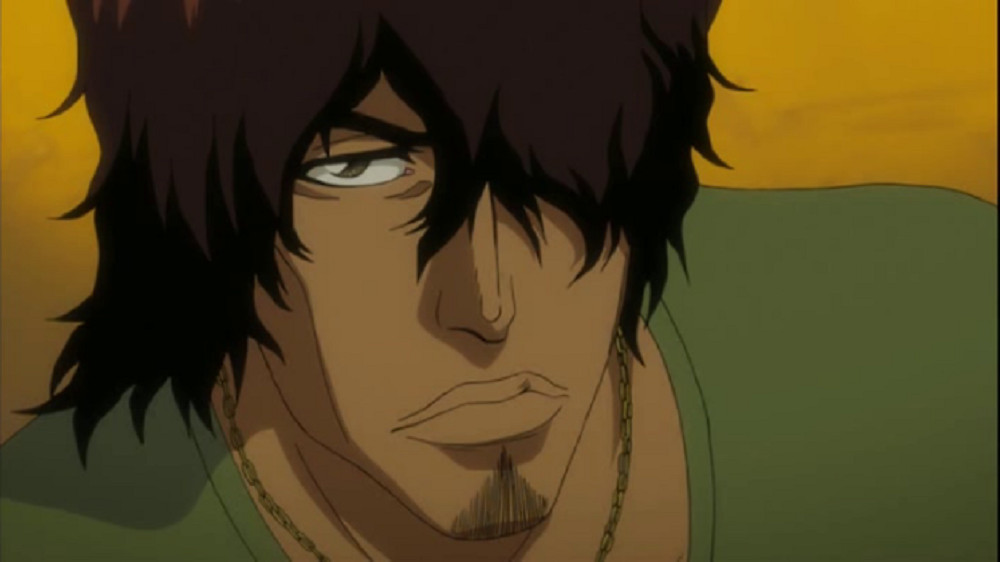 Sado appears scary because of his huge frame and mature looks but he is actually the sweetest of all. He is always the subject of jokes and often gets bullied because he never really fights back unless it’s necessary. He also has a thing for cute little creatures and animals. Despite his sensitive nature, he has incredible strength; he is strong enough to break telephone poles and use them as giant clubs for bashing up enemies. Apart from being strong, he is also quite intelligent and is ranked 10th in his school when it comes to grades.