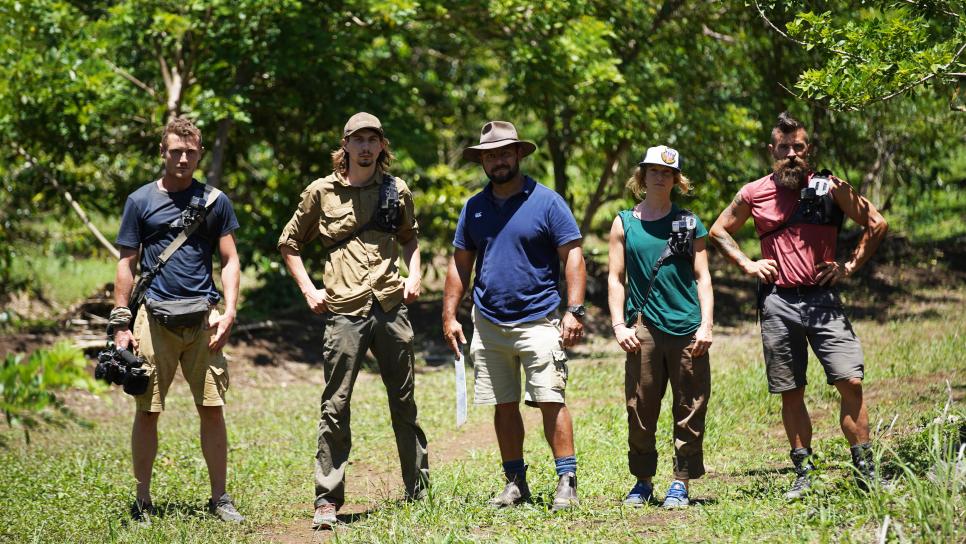 The show is a spin-off to ‘Gold Rush.’ Apart from taking viewers to scintillating locations, the show also serves to be an engaging work of infotainment on the topic of gold mining.

For the fourth season of ‘Gold Rush: Parker’s Trail,’ Schnabel heads down south to the country of Australia. This is in lieu of Schnabel’s aim to hunt for new mining grounds and expand his operations to different locales. Apart from the challenging terrain, the fact that the country has a higher number of regulations and stricter enforcement also serves as a test for Schnabel.

Hence, Parker Schnabel definitely banks on reaping some reward from the new location. Have a look at the following Instagram post which shows him holding two huge, gold nuggets.

Accompanying Parker Schnabel is the fourth-generation Australian gold miner, Tyler Mahoney while the ex-US military medic, Fred Lewis returns to the series. Danny Etheridge handles the camera this season. Have a look at the following Instagram post of the four of them hanging in Yalgoo, Western Australia. Tyler Mahoney reveals how they spent his birthday there since they were working at Yalgoo. Yalgoo has several gold mines and hence, it is unsurprising that ‘Gold Rush: Parker’s Trail’ was filmed there.

Moreover, another post by Tyler Mahoney reveals another location in Australia where filming took place. As you can see below, the show was also filmed at Sandstone in Western Australia.

The third season of ‘Gold Rush: Parker’s Trail’ had been filmed in Papua New Guinea. Apart from looking for gold, the season was also more personal for Parker Schnabel. This is where his grandfather, John Schnabel had been stationed during the Second World War. Hence, apart from looking for gold in new places, Parker also got the opportunity to get some clarity regarding his grandfather’s life.

An interesting incident took place in Papua New Guinea while the Discovery show was being filmed. A few local gold miners got alarmed by the drones that the show’s makers were using. The miners thought that the drones were being used to scout gold. Luckily, the air was soon cleared by the production team.

The second season of ‘Gold Rush: Parker’s Trail’ had been filmed in the country of Guyana. Schnabel had to overcome some truly harsh, jungle terrain in his quest. However, the country is rich in gold reserves and produced more than $750 million worth of the mineral in 2017 alone.

For the first season of the show, Schnabel went on an old mining trail known as the Klondike mining trail. The trail sees Schnabel try to tackle mountainous terrain, beside the Yukon River and head to Dawson City in Canada.