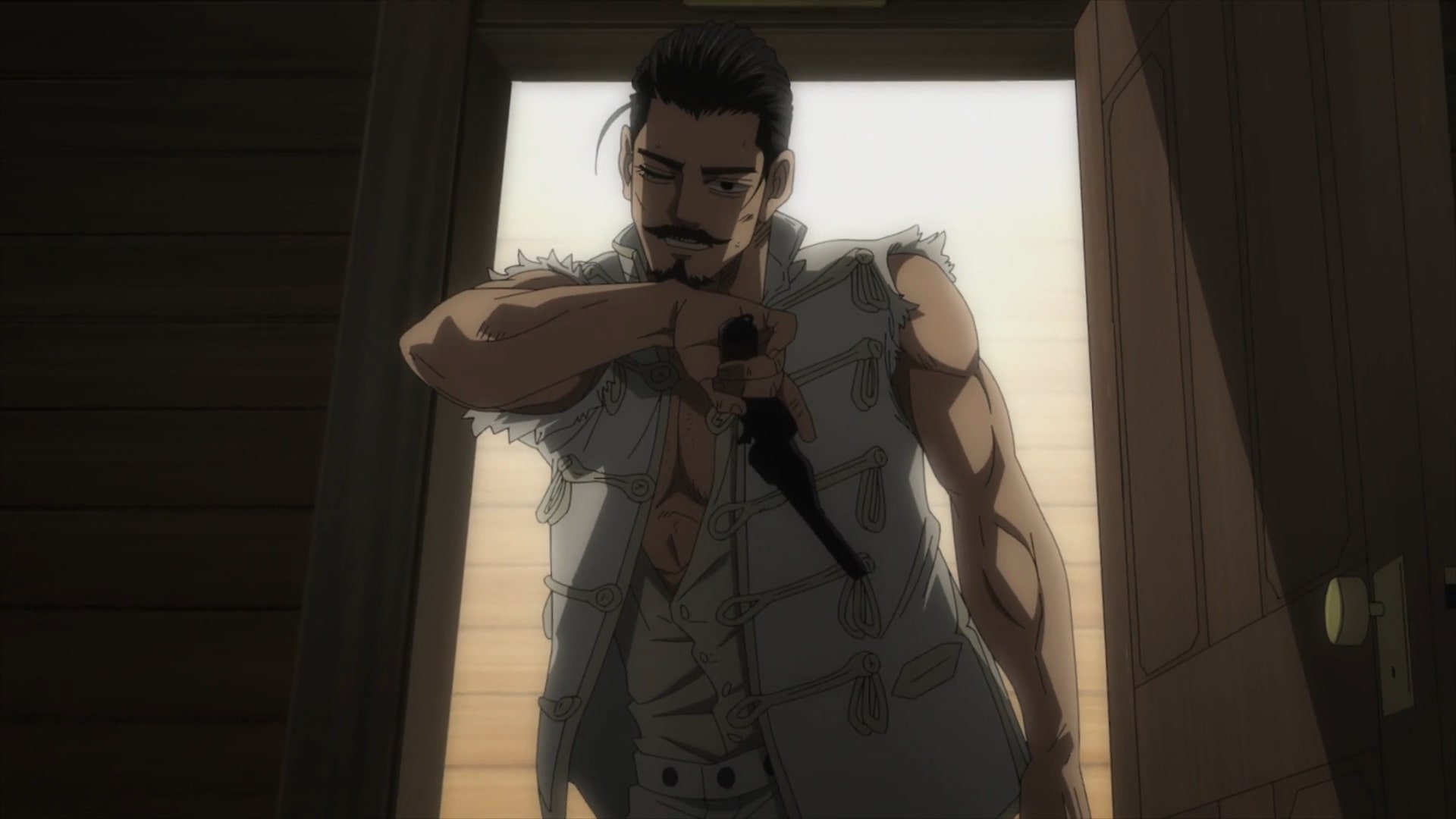 In the fourth episode of ‘Golden Kamuy’ season 4 titled ‘Spoiled Rich Kid,’ Otonoshin Koito, the son of a prominent naval officer meets Lieutenant Tsurumi accidentally and is kidnapped sometime later. Tsurumi with all his experience decides to help Heiji Koito find his son, only to find out that the abduction may have a larger international conspiracy behind it. Here’s everything you need to know about the ending of ‘Golden Kamuy’ season 4 episode 4. SPOILERS AHEAD!

Otonoshin is the 14-year-old son of a prominent navy officer named Heiji Koito. He does as he pleases and using his privilege he often treats people badly with no fear of repercussions. One day while riding his tricycle, Otonoshin hit a pedestrian and does not even stop to check up on him. He blames the man and moves on. 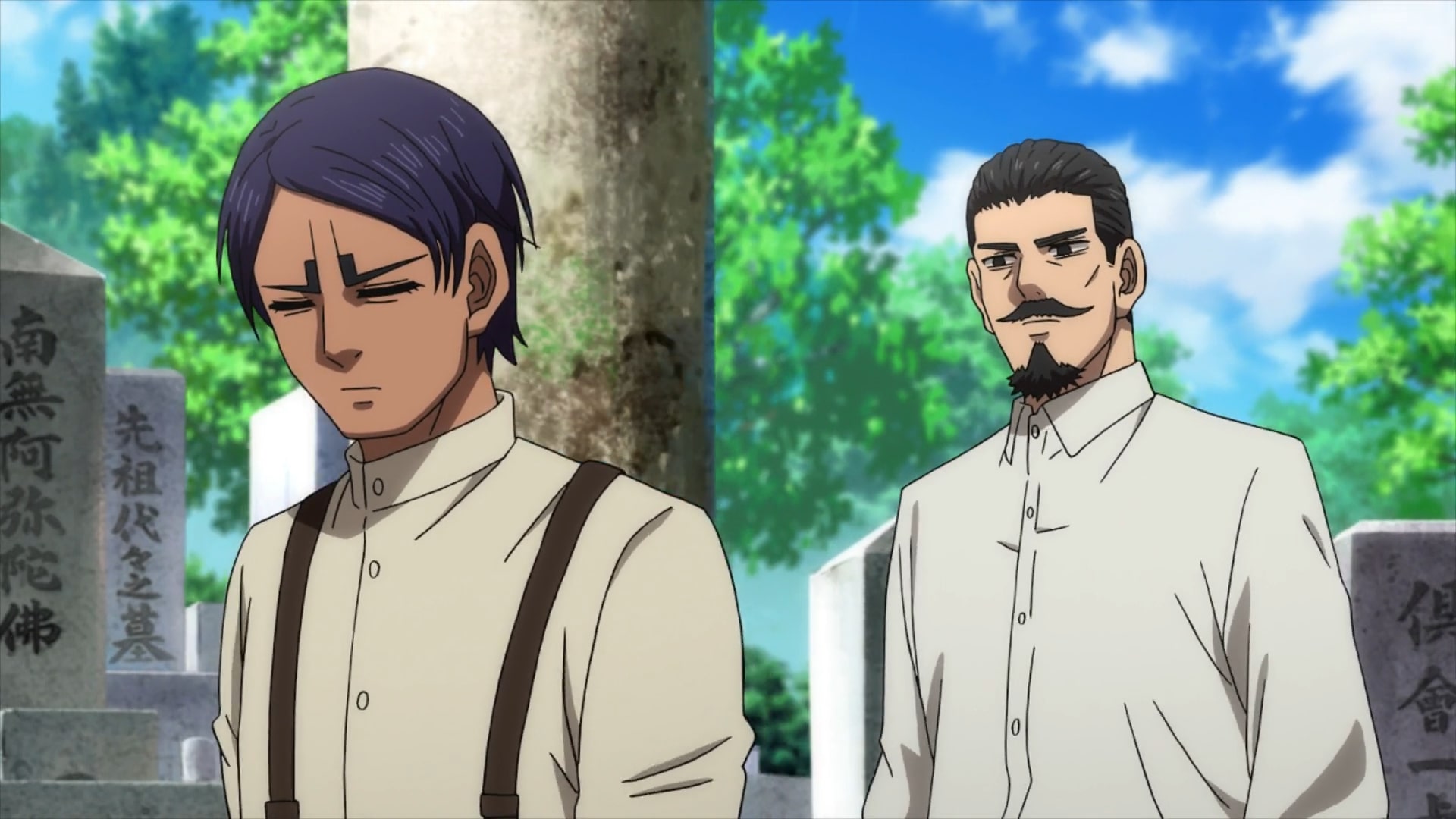 Suddenly he realizes that a man is quickly catching up with him and even manages to get a hold of Ootonoshin. It turns out that the pedestrian is Lieutenant Tsurumi and he slaps the young boy for his misconduct. Surprisingly, Otonoshin becomes quite obedient, and apologetic after that, and even takes Tsurumi to the grave to pay his respect to the late Saigou Takamori.

When they are there, Ootonoshi also visits a grave that turns out to be belonging to his older brother, Heinojou Koito. He tells Tsurumi that Heinojou died in the Battle of the Yalu River during the Sino-Japanese War. He was aboard the Matsushima as an ensign of the Japanese Imperial Navy when it was hit by a Chinese cannon blast. Everyone on the ship died a horrible death and Heiji Koito supposedly watched his elder son take his last breath. 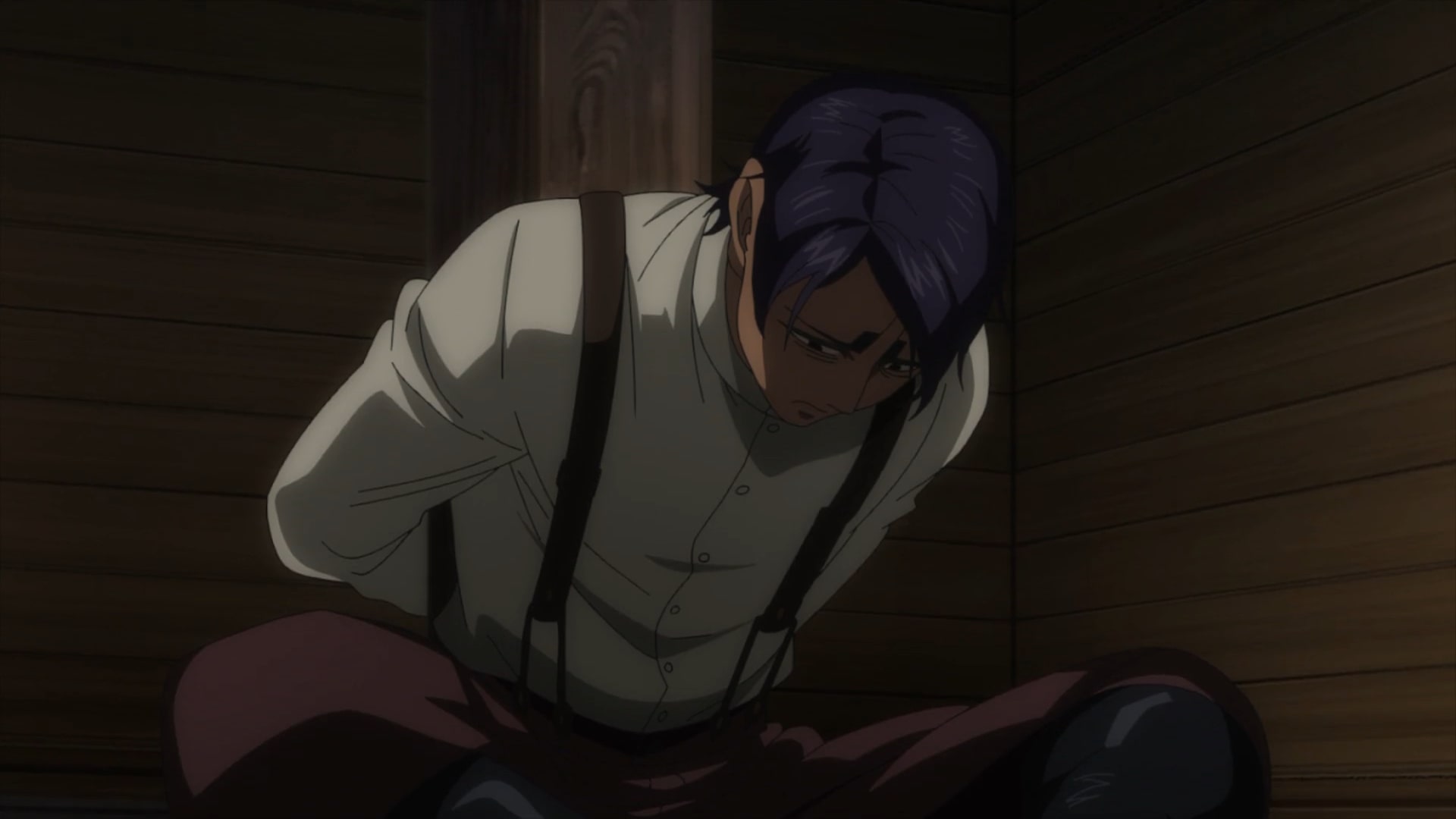 After returning from the war, Heiji was never the same again. Although he continued to care for Ootonoshi the same way, he never smiled at him ever again. The emotional first encounter with Tsurumi comes to an end soon afterward as the two of them go on their own way. Ootonoshi is later kidnapped by unknown abductors and Heiji Koito takes Tsurumi’s help to find him, not knowing that the two of them have met before.

Golden Kamuy Season 4 Episode 4 Ending: What is the Motivation Behind Otonoshin’s Abduction? Do the Kidnappers Succeed?

Heiji Otonoshin is the overseer of the Oominato Torpedo Group, which is about to be completed on the opposite shore from Hokadate. The Fort Hokadate and Oominato Torpedo Group together pose a serious threat to the Vladivostok fleet when it will head towards the Pacific through the Tsugaru Strait. Some of the torpedo boats are stationed at the Hokadate port as of now and will be moved to Oominato in the near future. 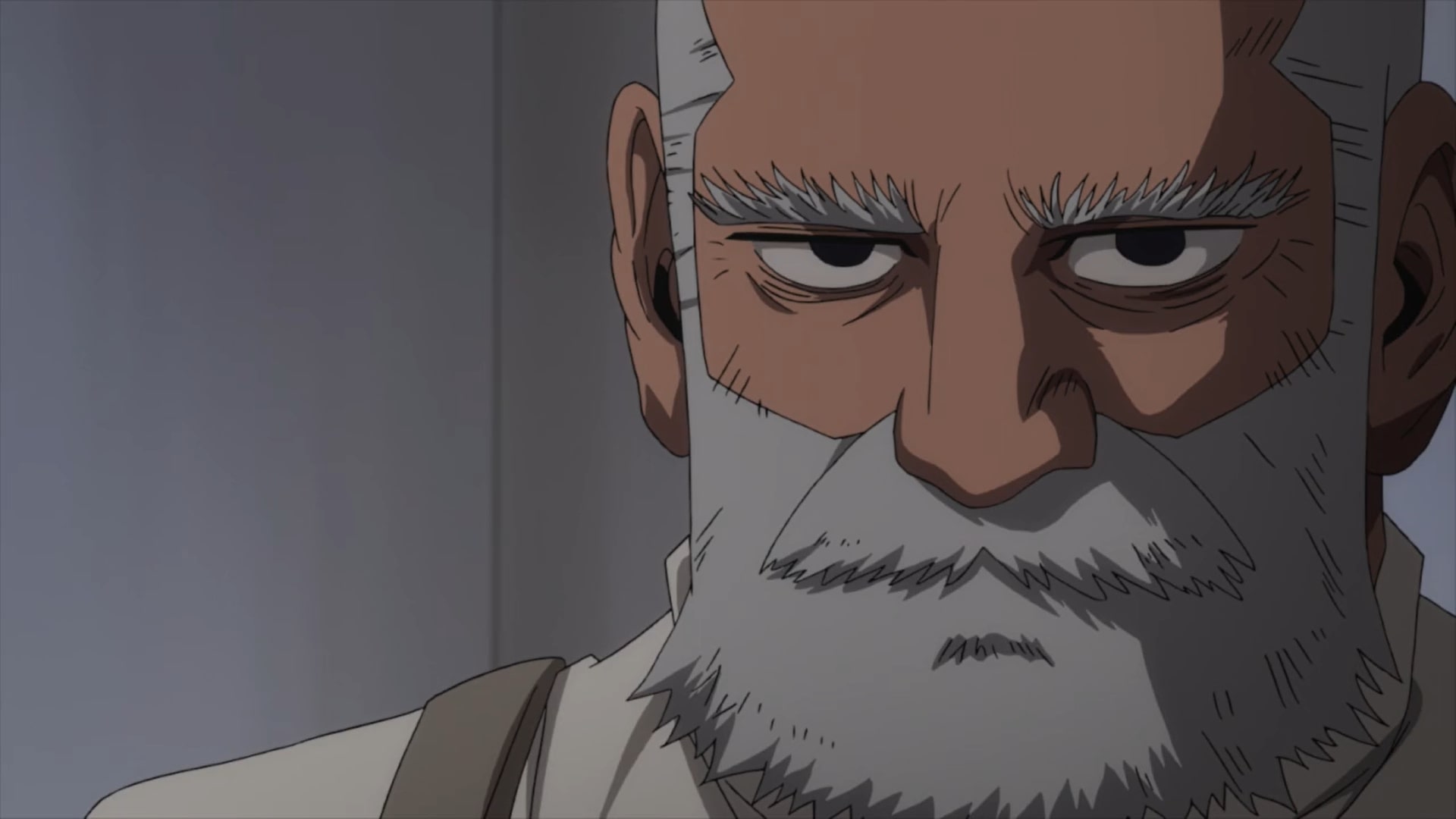 Lieutenant Tsurumi argues that there is a good chance that the kidnappers are not interested in money but will instead demand that Heiji destroy the boasts. At the now abandoned Russian embassy, Heiji tells Tsurumi that if the Russians demand that he neutralize Fort Hokadate or Oominato Torpedo Group, he won’t comply. He argues that if he does accept their conditions, then the Russians would get an open chance to attack and a brutal war will soon ensue.

Heiji fears that it will lead to the deaths of millions of innocent Japanese citizens, which he can’t allow for the sake of his own son. When the abductors finally call and ask what Heiji and others have expected all along, Tsurumi demands that Ootonoshi is immediately put on the call. When Heiji apologetically tells his son that he won’t be saving him, Ootonoshi tells his father to imagine that he was never born in the first place. He then attacks one of the kidnappers and starts fighting the other.

Tsurumi and Heiji realize what has happened and immediately find out the callers’ location with the help of the telephone operators. When they realize that Ootonoshi is 6 kilometers away in the Goryoukaku, Tsurumi, and Heiji decide to find him as soon as possible. On their way, they notice that they are followed by one of the abductors so Tsurumi shoots him down. When they eventually make it to the cottage in Goryoukaku, where Ootonoshi is kept, Heiji enters the front door to distract the abductors. 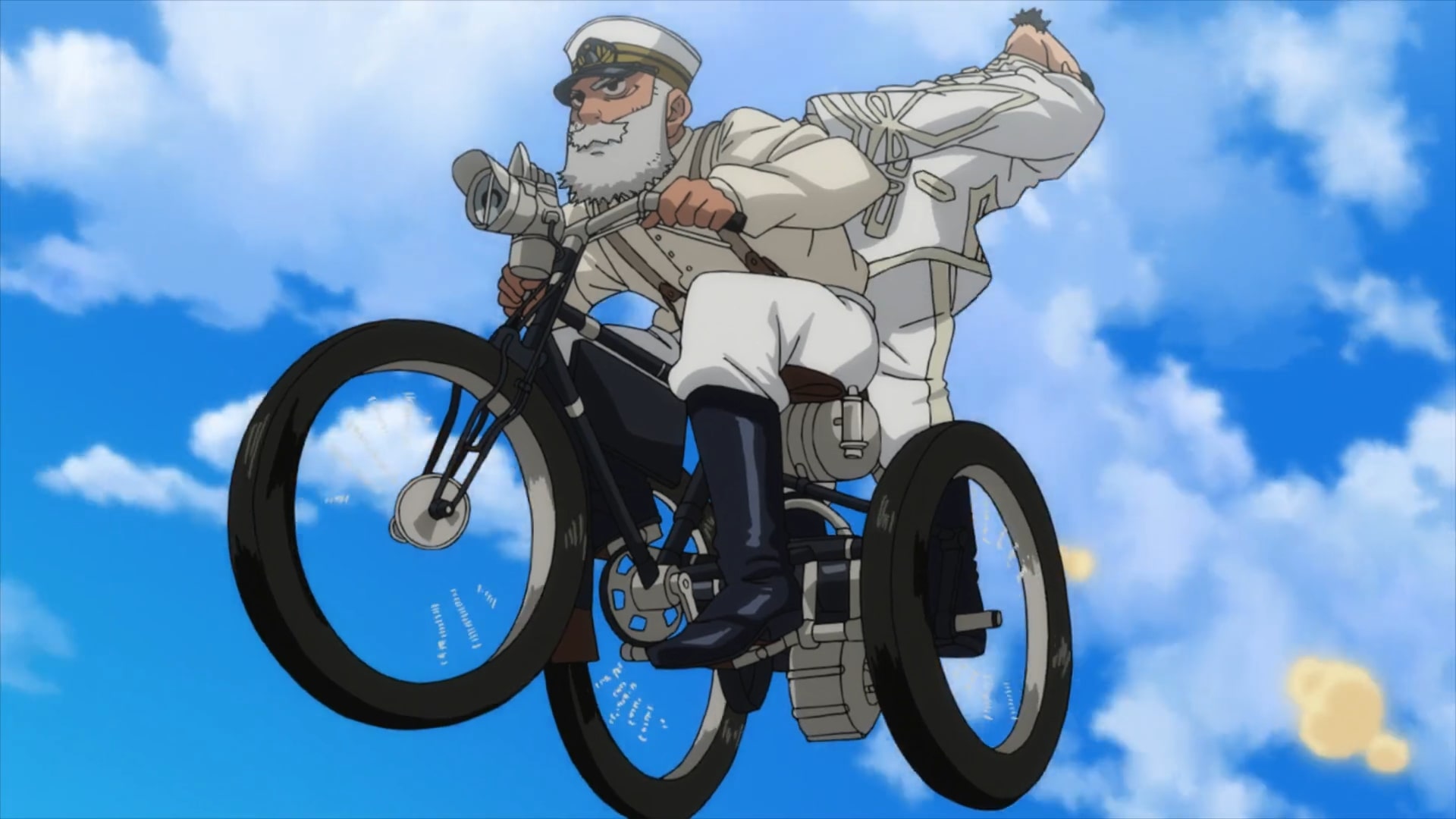 However, one of them hits him from behind and knocks him out. Ootonoshi is then tied in a room again, as he worries about his father’s well-being. Suddenly he hears several gunshots from the adjacent room and fears the worst. But it turns out that the man who shot was none other than Tsurumi himself. He had killed all the kidnappers and manages to save both Ootonoshi and Heiji’s life. Some days late, impressed by Tsurumi’s heroics, Ootonoshi joins the army officer’s school with the hope to emulate what the Lieutenant did for him.