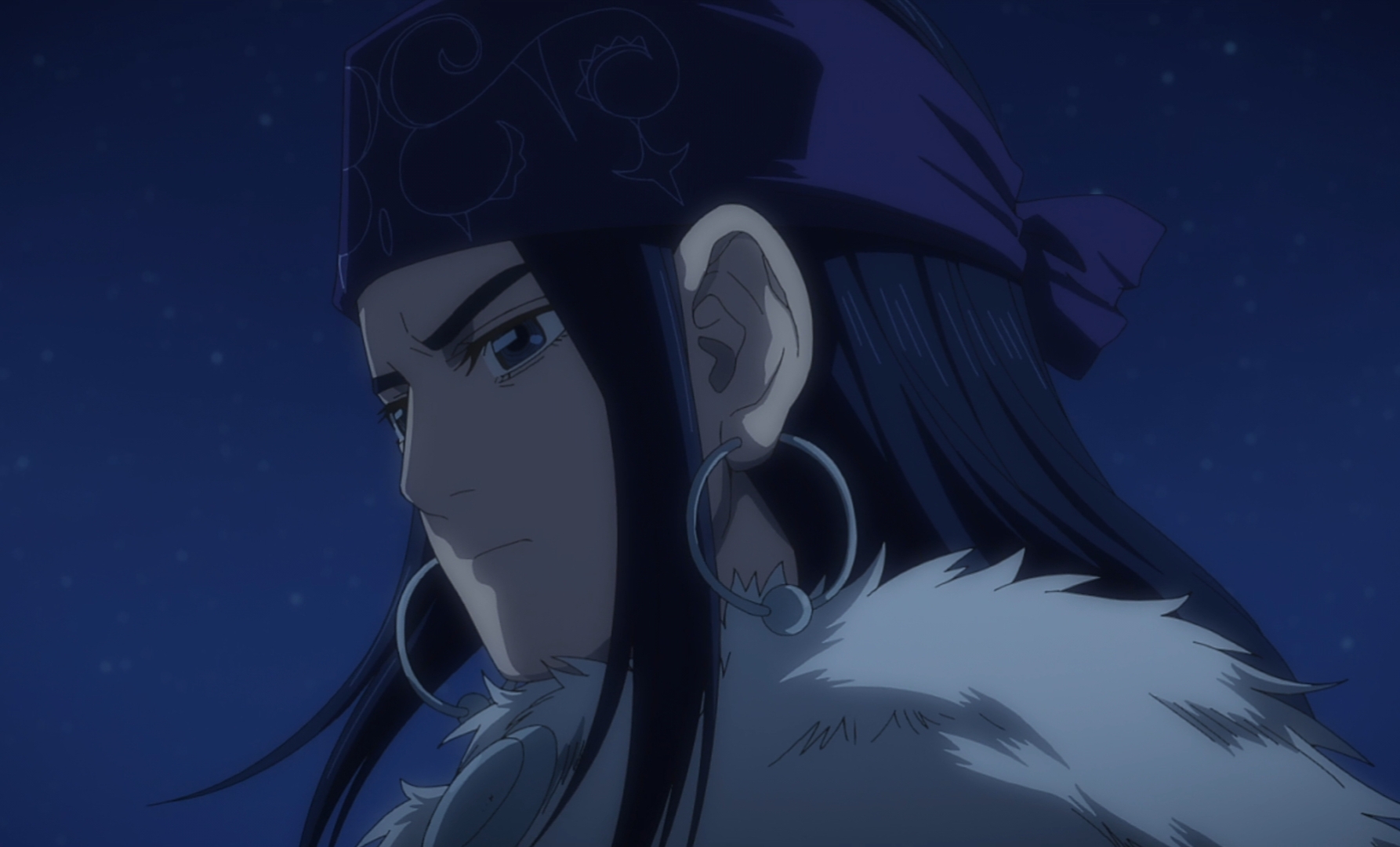 In the fifth episode of ‘Golden Kamuy’ season 4 titled ‘Cinematograph,’ Sugimoto and Asirpa accidentally meet a rich filmmaker who is shooting in the Ainu culture in the Karafuto region. Asirpa uses this as a chance to shoot some popular Ainu folk tales that have been passed down orally through generations. Here’s everything you need to know about the ending of ‘Golden Kamuy’ season 4 episode 5. SPOILERS AHEAD!

Sugimoto’s group receives a letter from Lieutenant Tsurumi that he will come to Karafuto after stopping at Noboribetsu. Therefore, he wants everyone to stay in Oodomari for the next two weeks. However, the group decides to spend the waiting time in Toyohara since it has better ins and is much bigger than Oodomari. Later that day, Sugimoto and Asirpa meet two men with a camera. 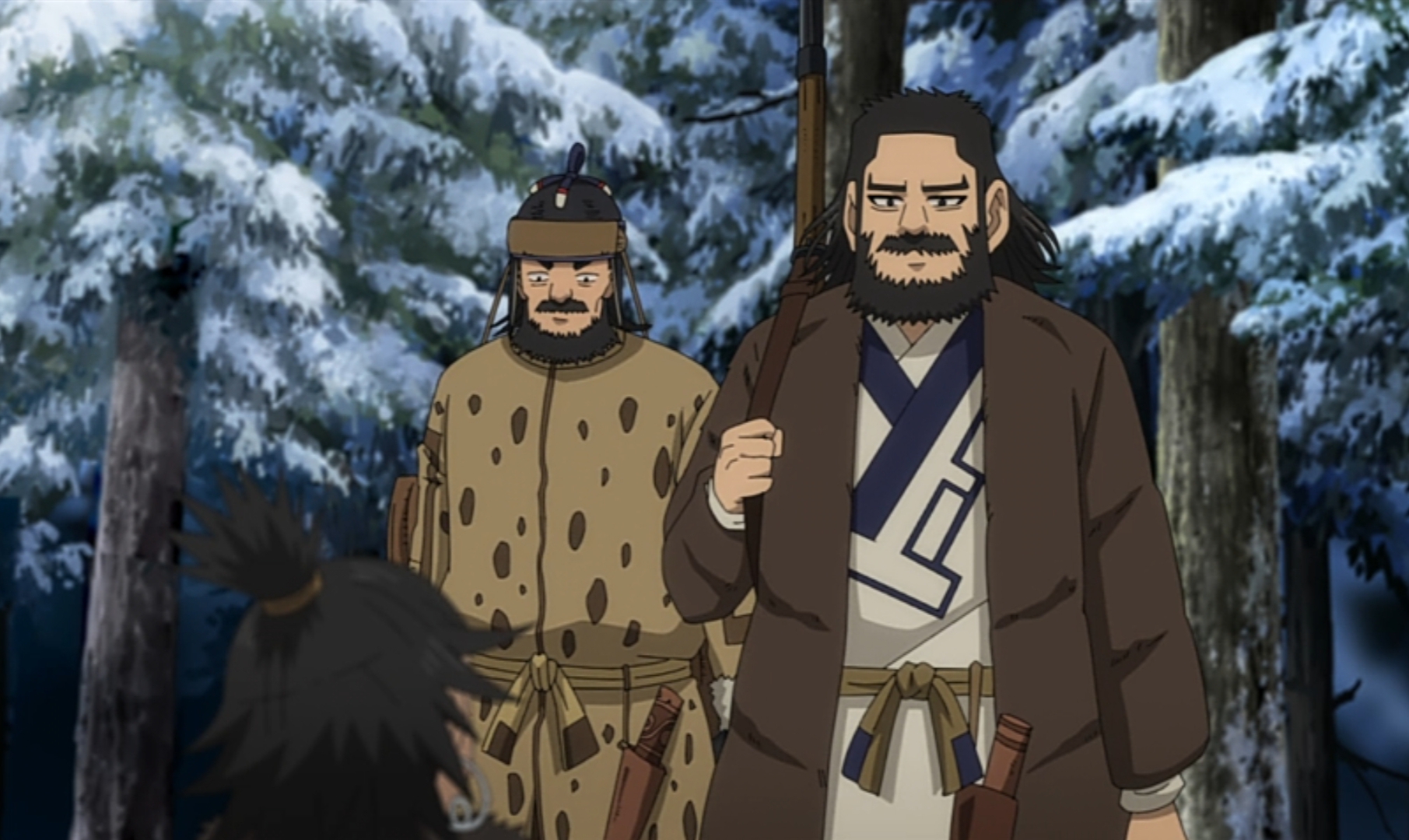 Before they could introduce each other, the group is attacked by a wolf. Sugimoto and Asirpa team up to deal with the threat after which the man introduces himself as a filmmaker who has been capturing the Ainu lifestyle of Karafuto for a while. Asirpa sees this as a chance to video graph Ainu folk tales passed orally through generations. The filmmaker agrees to do it and the group ends up filming three stories. These are later shown in the local cinema hall where the only viewers are the actors themselves.

However, the filmmaker has a surprise for Asirpa. It turns out that he met and shot some moments of Asirpa’s early life with her parents while going through the region some years ago. Asirpa obviously gets emotional when she finally gets to see her mother for the first time. Unfortunately, her magical experience is cut shot as a fire breaks out in the theater.

After they are forced to leave the cinema hall in a hurry, Sugimoto and his companions walk outside to breathe some fresh air. Asirpa is naturally in an emotional state since she just watched her mother for the first time. Concerned about her well-being, Sugimoto decides to check up on her. When the two starts talking, she praises the film as a great invention but argues that it alone can’t preserve the ways of life of the Ainu people. Asirpa appears to be grateful for the fact that she got to see her mother but feels sad that she doesn’t recall any memories. 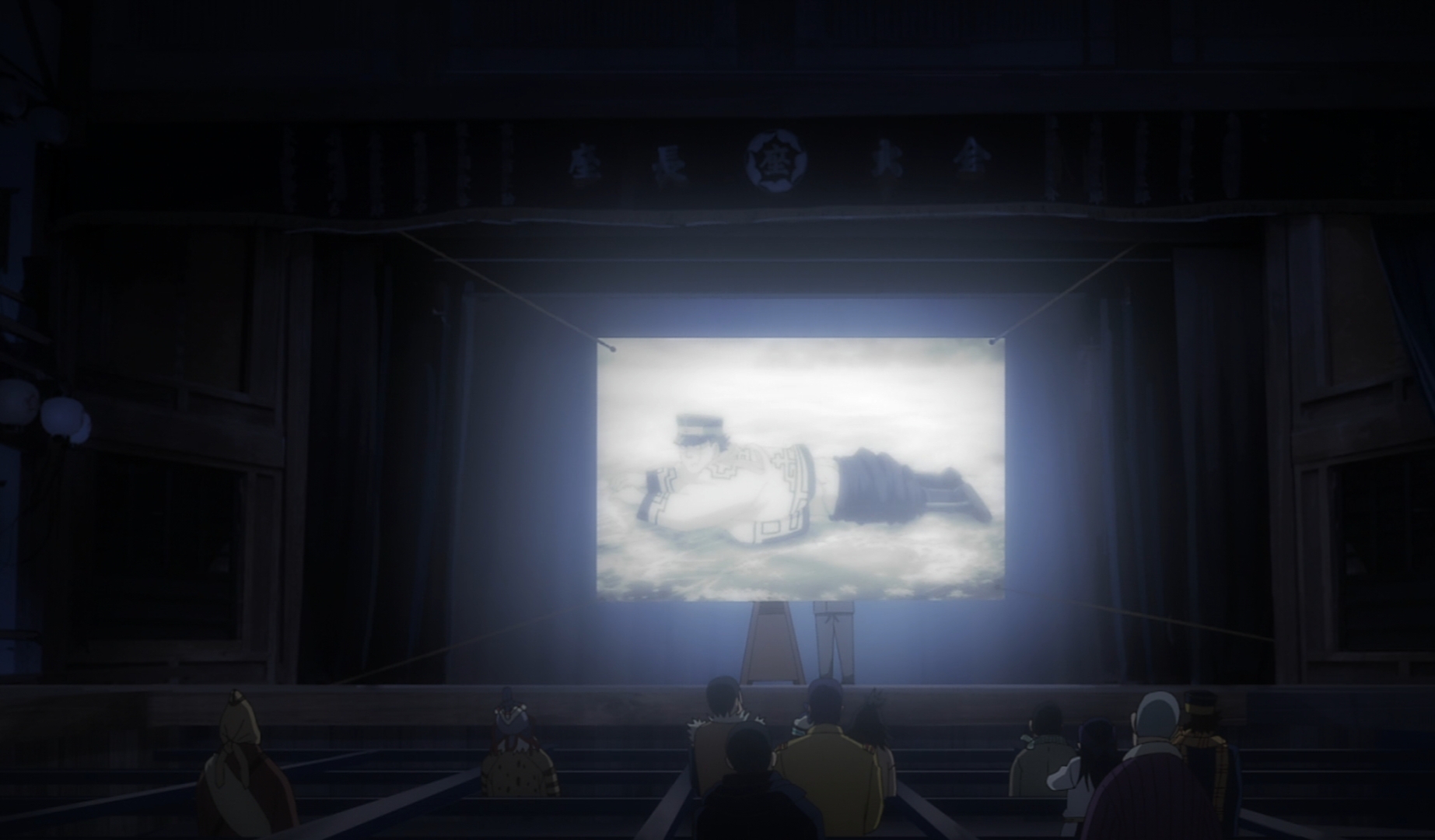 Asirpa finds some consolation in the fact that her father actually was generous enough to share memories of the precious moments he spent with her. However, she feels that the ways of the Ainu life along with such fond memories will not be passed down to the next generation if things remain the same. Asirpa expresses her gratitude for Kiroranke Nispa who in her own words showed her how different people lived. According to Asirpa, she wouldn’t have learned anything had she stayed back in Hokkaido. She also recalls the memories she made on her journey through Karafuto.

It is obvious that Asirpa continues to be unsure whether Kiroranke and her father were right or not. This dilemma just goes on to make her even more confused about protecting them. However, since Nispa shared his secrets with her on his deathbed, Asirpa feels obliged to be a part of everything from now on and does not want to abdicate her self-imposed responsibilities.

Why Does Sugimoto Want Asirpa to Leave the Race of the Gold?

After patiently listening to Asirpa, Sugimoto suggests that she does not have to do everything herself. Asirpa is offended by his comment and asks him if he expects her to return to Otaru after finding gold. It is obvious from her furious expressions that she deeply desires to continue her present journey and has no plans to return to her old life. She goes on to question Sugimoto if he is trying to save himself. 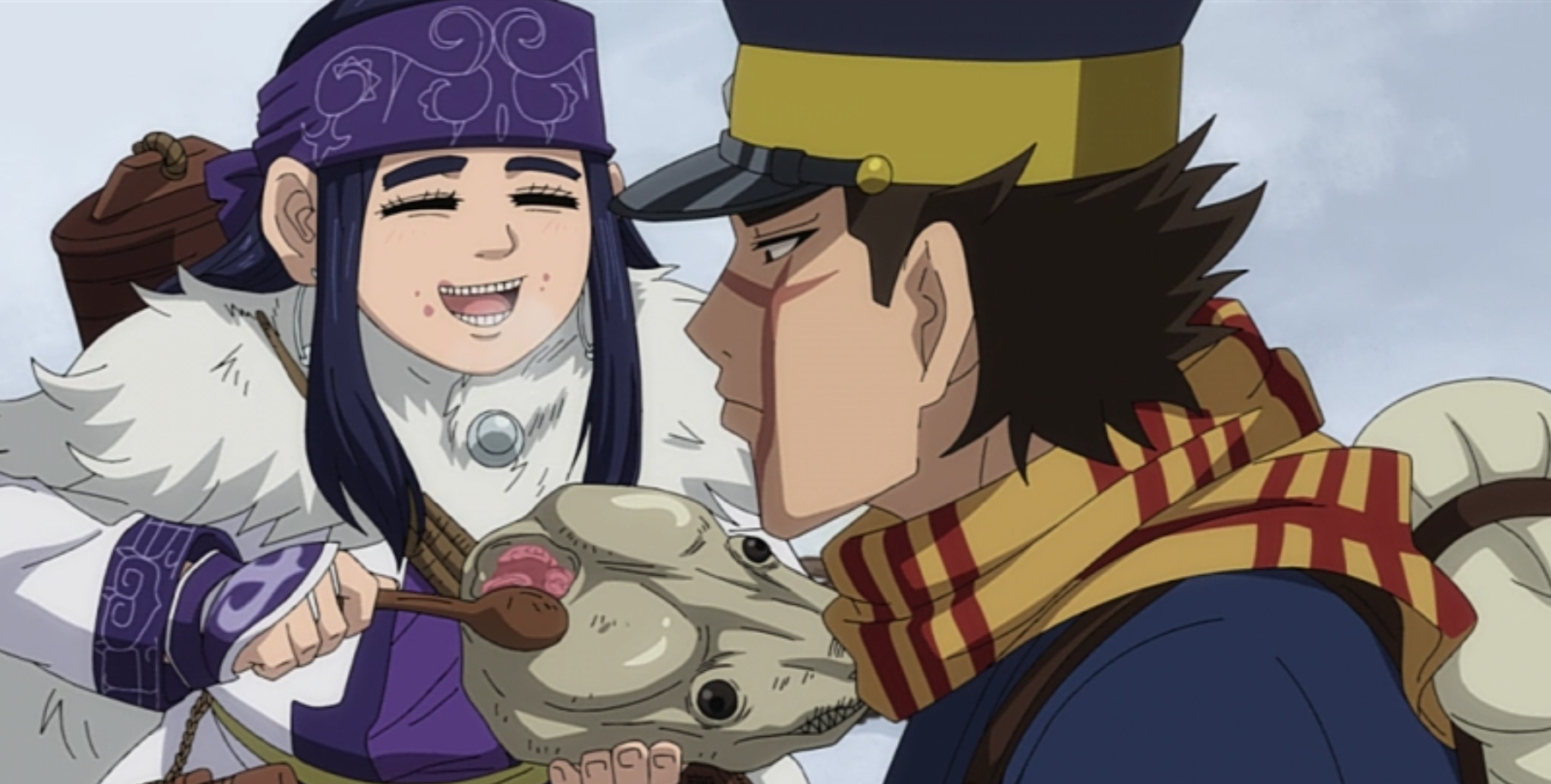 Sugimoto understands Asirpa’s anger. He has never told her what Wilk had said to him before being shot dead in Abashiri. It turns out that he had confessed to Sugimoto that he had raised her to hide in the mountains and fight so that she can eventually lead the Ainu. Sugimoto is unhappy because he feels that Wilk got her involved in everything before she could fully understand the entire situation.

Furthermore, Kiroranke Nispa also pushed her into a position where she will feel that the only way to protect what she cares about is by fighting. Sugimoto feels that Nispa and Wilk both cursed Asirpa in their own way and he can never forgive them for it. He recalls Asirpa once telling her that people go to hell for killing others. 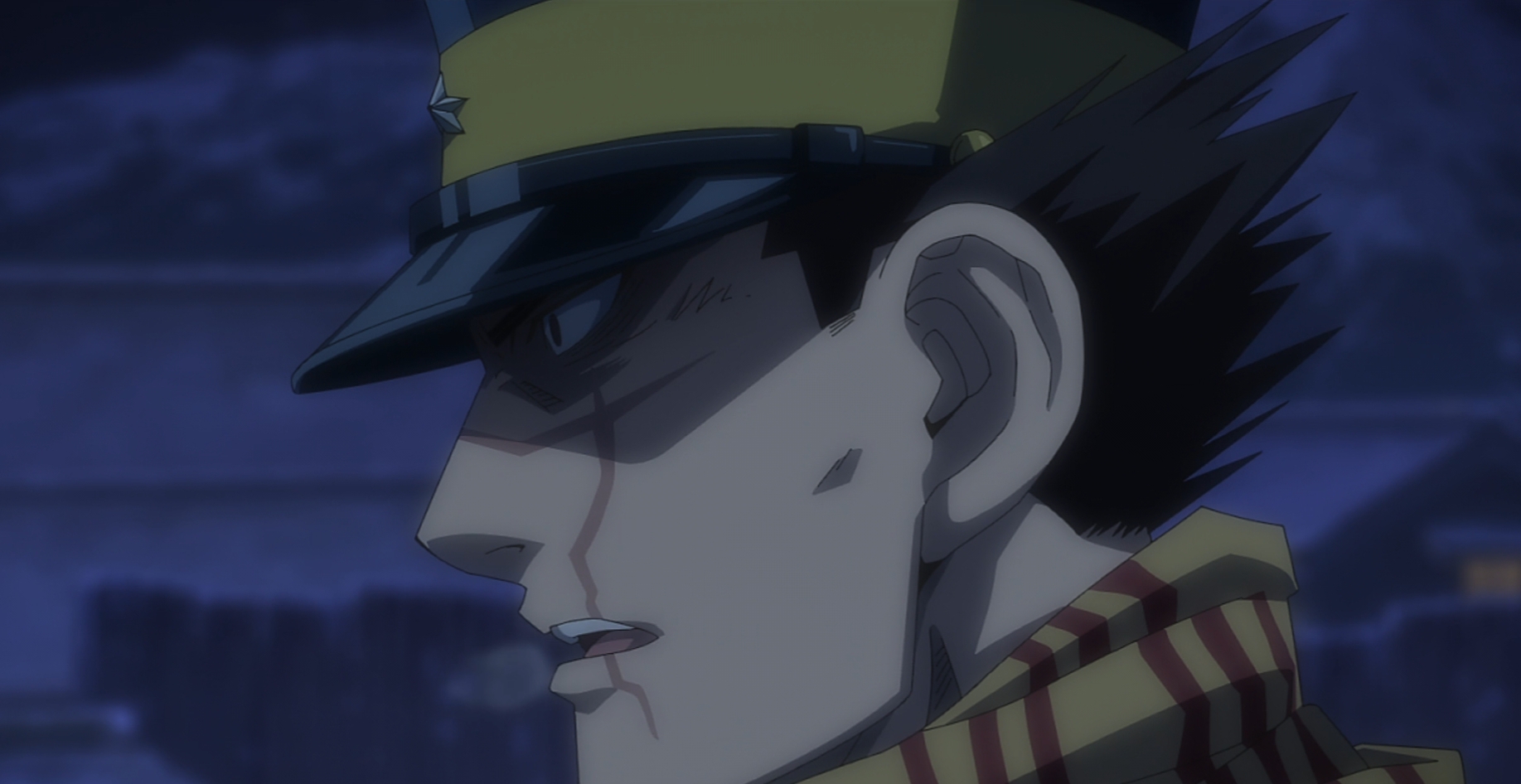 Sugimoto genuinely feels intrigued that she came to such a conclusion provided that she is not a religious girl at all. He goes on to argue that the person who came up with the idea of hell was probably someone like him, who killed a bunch of people and eventually realized that he can never get back to the person who he once used to be. Sugimoto does not want Asirpa to ever understand what that feeling is like. Therefore, he asks her to leave the race of gold.