Where is Good Witch Filmed? 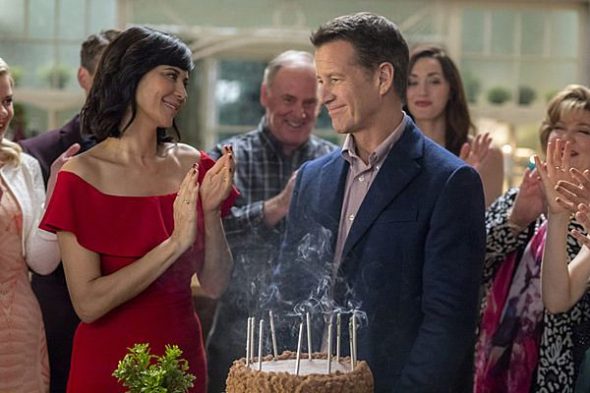 ‘Good Witch’ is a fantasy comedy-drama series which follows the lives of residents of Middleton. We follow Cassie and Grace, her daughter, as they prepare to welcome Dr. Sam Radford and his son. The new residents in the town don’t know that Cassie and Grace have the gift of enhanced insight as well as magical intuition.

While the series itself is fascinating and well-loved, viewers have figured out Middleton is a fictional place. A Hallmark Channel publicist addressed it, saying that it is not specified where Middleton is located, but the intention is to show it as a Midwestern town. Naturally, you might be curious about where the scenes for the fictional town have been filmed. We have got you covered in that regard.

The town of Middleton, in ‘Good Witch,’ might be set in the Midwest, but the series has been filmed in Toronto and Cambridge, in Ontario. Before we walk you through the specifics of the filming locations, you should know that a chunk of scenes has been shot at Cinespace Film Studios’ Kipling Avenue facility and Pinewood Toronto Studios in Port Lands. You can check out a post by castmember, Catherine Bell, which confirms that filming took place in Toronto.

The show has headed to Cambridge, specifically, the Galt area, to shoot certain scenes. According to local news reports, portions have been filmed at the Market Building on 40 Dickson Street, the Historic City Hall at 46 Dickson Street, City Hall at 50 Dickinson Street, the Civic Square, as well as the Idea Exchange and Old Post Office at 12 Water Street South. The crew set up base camp in the upper lot of Churchill Park.

You can check out the official tweet from the City of Cambridge, warning residents about possible delays in traffic, due to the filming of ‘Good Witch.’

🎬 Film crews will be in town Oct. 24, 25 & 28 shooting scenes for The Good Witch in the downtown Galt area. Some intermittent traffic impacts are expected. See our website for details: https://t.co/8oURidMYIc #cbridge pic.twitter.com/ueOwn1IV7e

A significant portion of filming also takes place in Hamilton, Ontario. Most of the series and the movies have been filmed here. You can take a look at the official tweet from the City of Hamilton, declaring that ‘Good Witch’ is filmed on location.

According to local news channels, filming has taken place on Locke Street. As a result, all the shops were decorated to depict a mini street festival taking place. You can check out a tweet about filming taking place.

The iconic “Grey House” which is Cassie’s home on the show, is located in Dundas. The house is called Foxbar and was built sometime between 1840 and 1851. You can check out a tweet about filming taking place at Foxbar.

Good Witch is filming in Dundas today, I believe at Foxbar as Downtown Dundas is getting ready for Cactus Festival tonight.

Among other locations in Hamilton, where ‘Good Witch’ has been filmed, is LIUNA Station, a banquet and convention center, located in the heart of Hamilton. You can check out a tweet from an excited Hamilton resident, after receiving a filming notice for the Hallmark series.

Good Witch will be filming on my bd!!! #Middleton #HamOnt #film #exciting pic.twitter.com/GbYTH9rht2

To shoot scenes of ‘Good Witch,’ LIUNA Center was lit up with fairy lights, making it appear Christmassy. Check out the image below.

As per tweets, it also becomes clear that filming took place in and around Hatt Street in Dundas. It seems ‘Good Witch’ filmed scenes inside the Shawn & Ed Brewing Co. Check it out below.

#HamOnt The Good Witch crew and actors were filming again in Dundas today; trucks parked along Hatt Street; looked like filming was taking place in the Shawn & Ed Brewing Co

‘Good Witch’ has filmed primarily in Ontario while making use of the studio system when needed, to bring us a thoroughly enjoyable series.