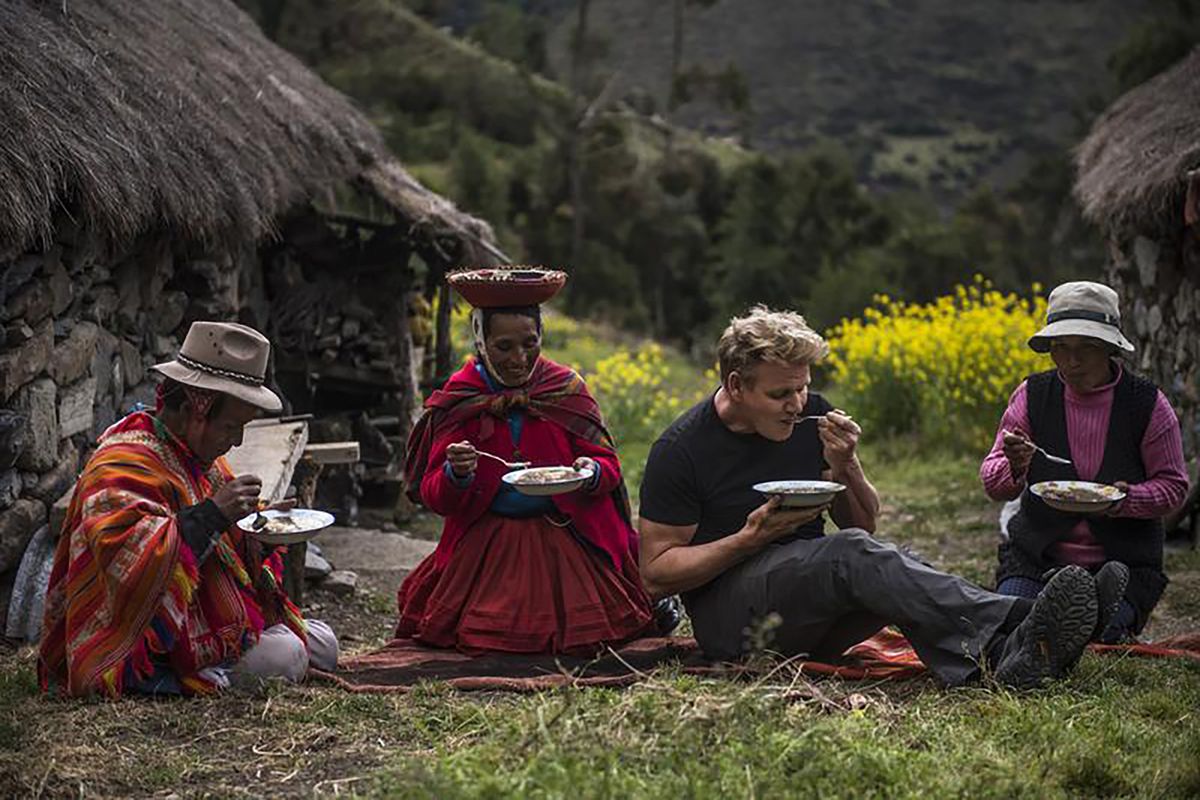 When Gordon Ramsay’s name pops up, one instantly thinks of him shouting at a ‘MasterChef’ contestant or losing his marbles over the inefficiency of an eatery in ‘Kitchen Nightmares.’ However, with National Geographic’s ‘Gordon Ramsay: Uncharted,’ the celebrity chef proves his experience and passion for food, in an exploratory, feel-good manner. The show sees him travel to exotic locations and attempt to depict non-mainstream culinary habits, try his hand at scintillating cuisines and broaden his understanding of remote cultures.

Hence, in many ways, ‘Gordon Ramsay: Uncharted’ functions as an adventure reality show, but with food and cooking as its central theme. Ramsay also takes a look at how exotic ingredients are procured as opposed to just taking a look at local recipes.

Where was Gordon Ramsay: Uncharted Filmed?

‘Gordon Ramsay: Uncharted’ is a globetrotting series. As mentioned earlier, it sees Ramsay travel to various places across the globe to explore different culinary traditions. Hence, each episode sees him head to a different corner of the world. The places he travels to have been divided season-wise in this article.

Ramsay kicks off the second season by heading to the Australian island state of Tasmania. Staying true to the authentic Australian experience, he explores the wild terrain filled with native, yet dangerous organisms. For instance, he is forced to tread carefully while foraging local herbs in order to avoid venomous snakes. He braves waters teeming with sharks in order to fish for giant saltwater spiny lobsters. Then, he has an epic cook-off with Analiese Gregory, “a chef holed up in the Huon Valley, Tasmania with 2 naughty goats, 2 regal geese and about 20 chickens.”

Then, Ramsay goes to South Africa to find out about the cuisine of Zulu warriors. More specifically, he goes to the KwaZulu-Natal province and cooks for a Zulu chief, along with the local chef, Zola Nene.

In Louisiana, Ramsay explores Cajun cuisine and meets Eric Cook. It is Indonesia, where Ramsay truly risks his life for the art of cooking. More specifically, he heads to the island of Sumatra and gets tested by William Wongso.

Apart from that, Ramsay also travels to Guyana, Norway, and India for the second season. He learns about India’s spice history from Shri Bala. With Delvin Adams, Ramsay cooks for an Amerindian tribe in Guyana. Lastly, in Norway, he prepares a Christmas feast with Christopher Haatuft.

Like the second season, Ramsay presents a mouth-watering menu of faraway places in the opening installment of the Nat Geo series. For instance, at Peru’s Sacred Valley, he explores the nitty-gritty of high altitude cooking.

In New Zealand, Ramsay goes to South Island and Stewart Island in order to explore Maori cuisine. Here, he pairs up with Monique Fiso.

In Morocco, the Nat Geo series shows viewers the traditions of the Amazigh (Berber) people. Ramsay also goes to extreme heights to get the ingredients.

In the first season, Ramsay also travels to the Hana coast in Maui County, Hawaii. Next, in Laos, the celebrated chef tries the weaver ant’s eggs, amongst other delicacies. Ramsay is also seen going to Southeast Alaska in one of the episodes.