The end is nigh. The final battle of King’s Landing, the battle for the throne, what seven preceding seasons have been about, is done with, and most of King’s Landing, infact the very throne that all of this has been for, are up in fumes and ashes. This, I feel is the great dichotomy with finales. No closing out of a story or saga that has spanned a little over a decade can fully satisfy fans with the closure. There are rare exceptions ofcourse, ‘Breaking Bad’ being one of them, but the sad news for fans is that what is currently the biggest show on the planet, in a golden age also one of its best, may not have the same fate, and its final season may very much be the reason. 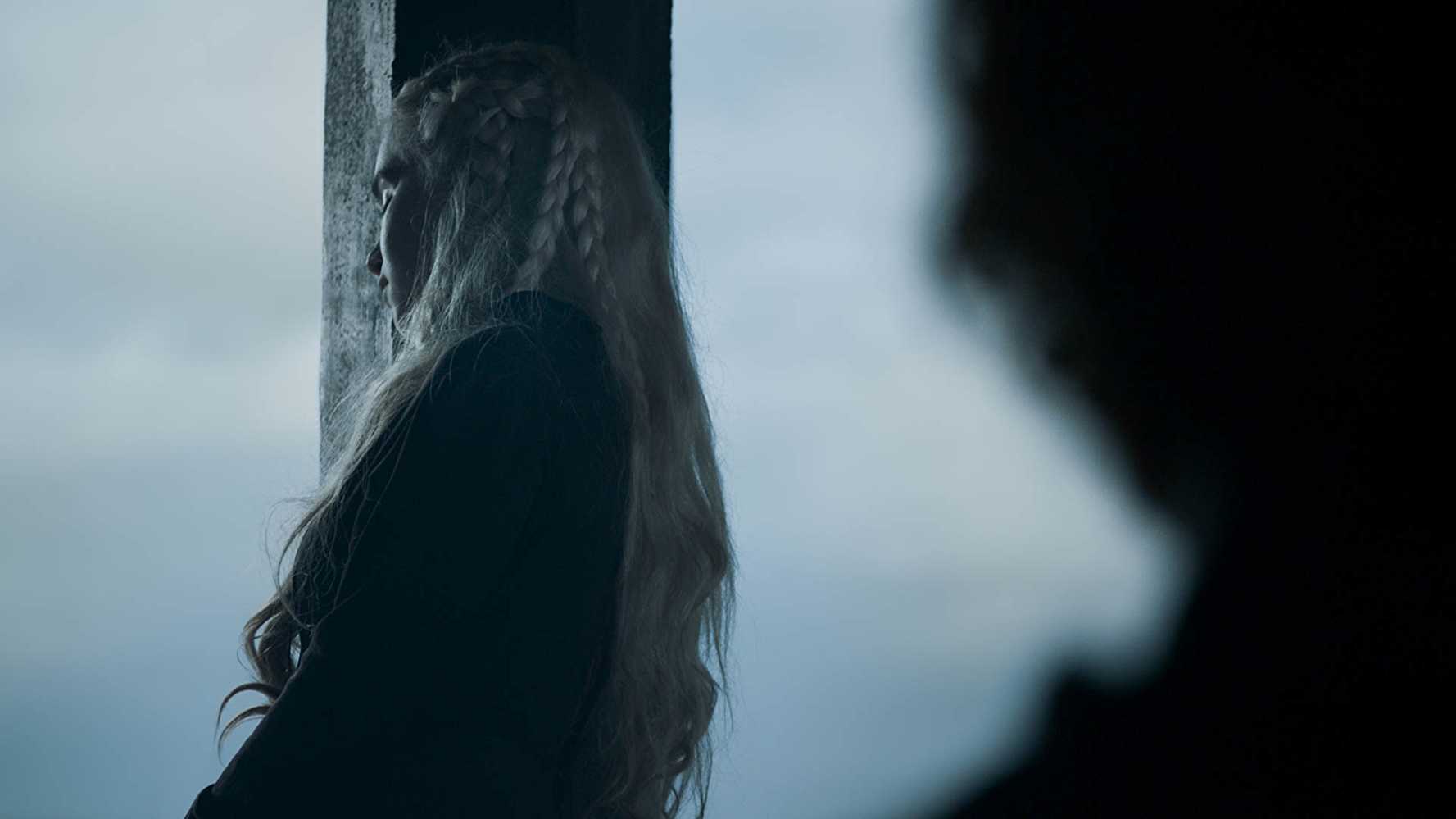 Following the devastating final bits of last week’s episode, it was all but expected that Daenerys would be impacted: it was an emotional hit few of us could endure, leave alone Daenerys who has also had to deal with her loyal advisors turning on her. This gives way to a big, twisty revelation towards the end of this episode, but that shock and horror would hardly seemed earned. Moving forward, in the opening minutes, we see Varys quickly scribbling on parchments the truth about Jon Snow, as his treachery becomes known, and he is executed on the shores of Dragonstone. 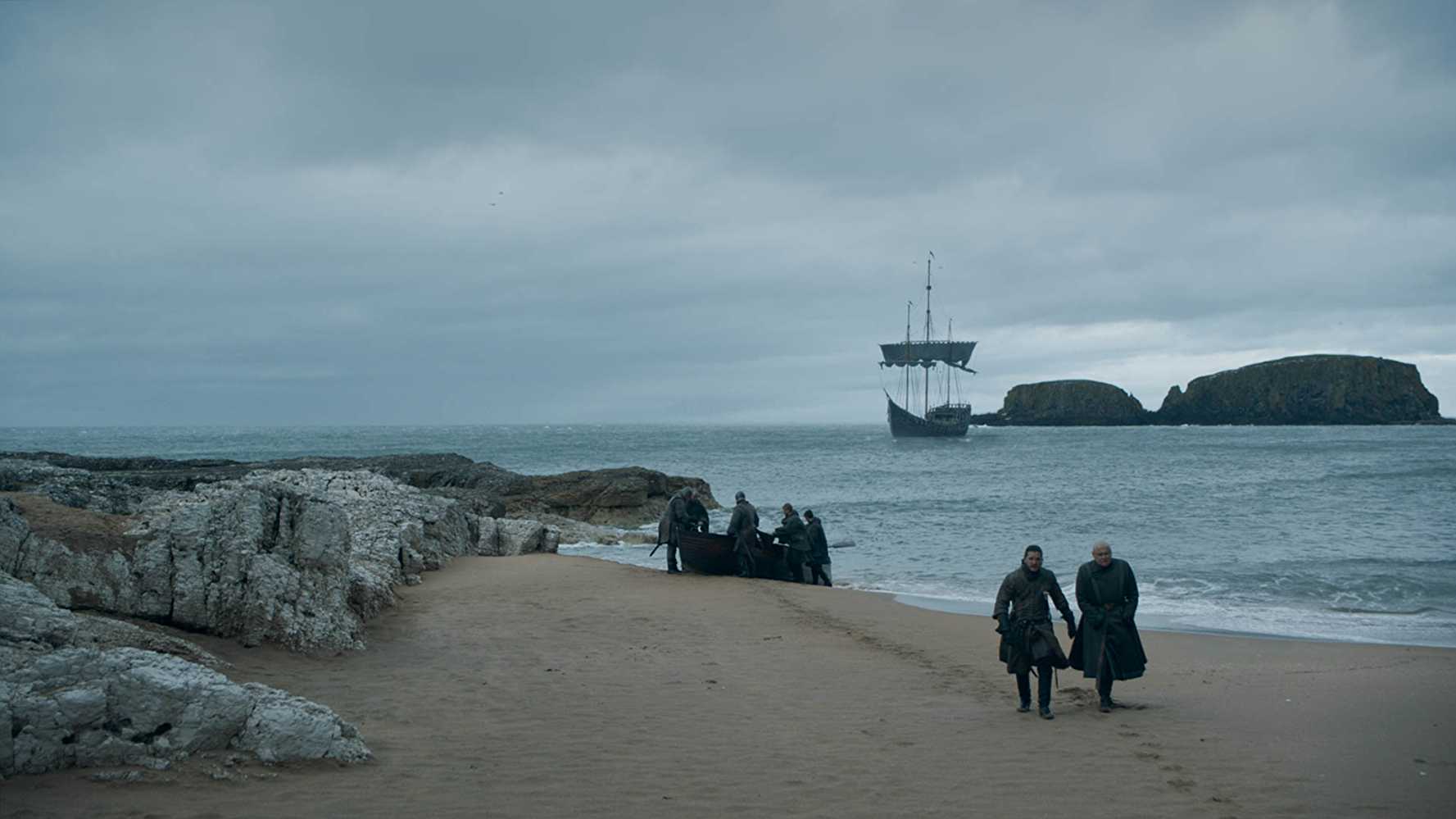 The following day, the Northmen led by Jon, the remaining Dothraki, and the Unsullied led by a broken Grey Worm arrive at the gates of King’s Landing prepared for the final battle, when as many fans expected, Daenerys rained down hell upon the Lannister Army and the Golden Company, burning the entire Iron Fleet on her arrival, quite effortlessly so, efficiently avoiding any projectiles sent her way through Scorpion. The siege with Drogon gives a lot of strategic advantage to the advancing forces who are quickly able to fight their way through the dwindling forces, but it all comes undone when Daenerys accepts that she can’t rule through love, that it had to be fear that established her reign. 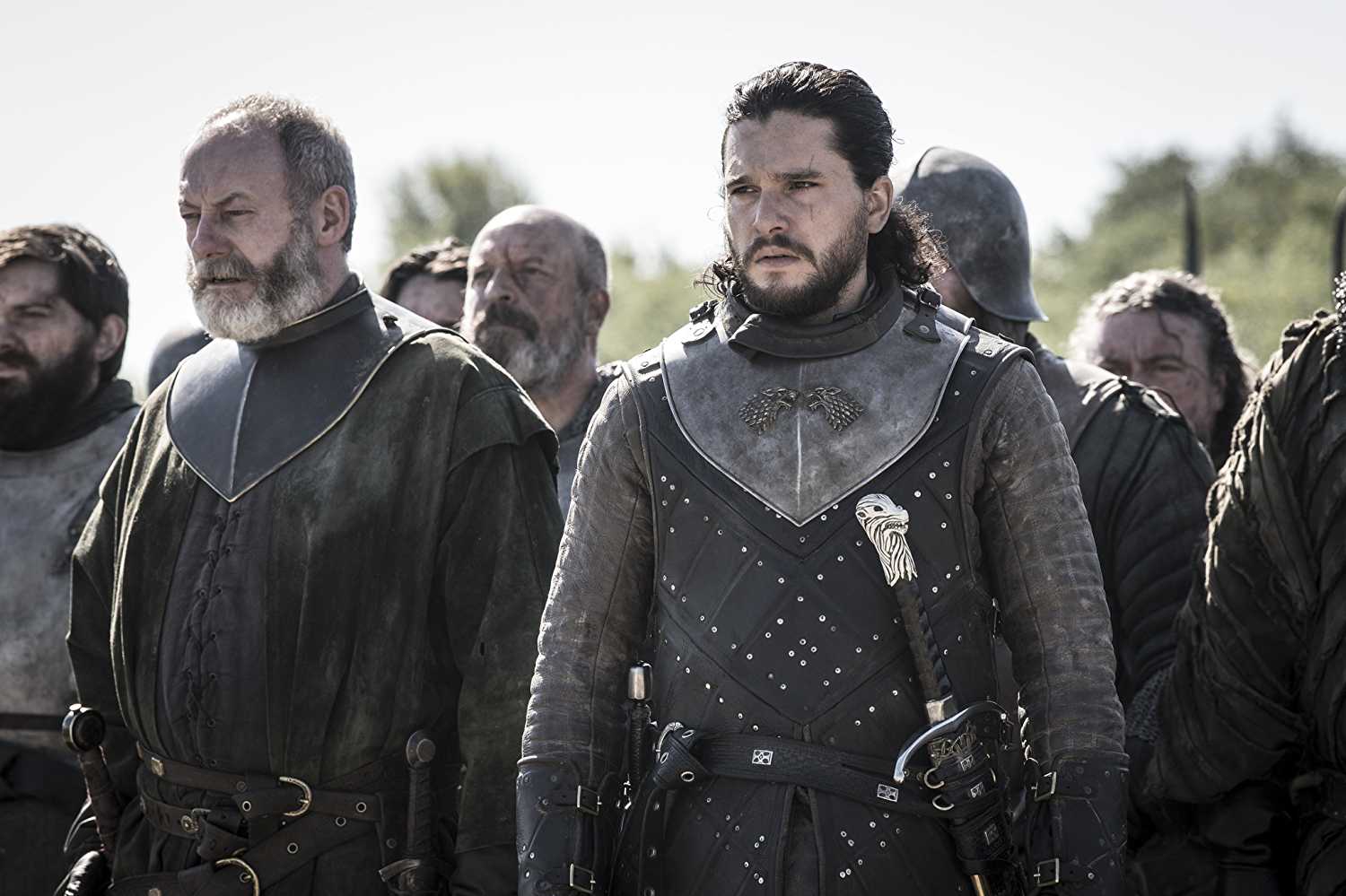 What happens next is massacre and that is the plainest, simplest way I can put it. Even as King’s Landing surrenders as Tyrion had negotiated, she goes on a killing spree and burns down all of King’s Landing, killing several innocent civilians trapped inside the walls, including some of her own men too. While this confirms fans’ speculations that Daenerys would give into the madness much like her father did before her, in my opinion, her arc comes completely undone at this juncture. The situations might seem to lead to it, but the revelation itself comes out half-baked and might I add, opposite to established character quips and motivations. It is as Varys and Cersei said: “Every time a Targaryen is born, the Gods toss a coin and the world holds its breath.” Now we know why. Full marks to Emilia Clarke simply for carrying that transition simply through facial expressions. As I said, her Emmy nod is coming, even if Winter did not quite. 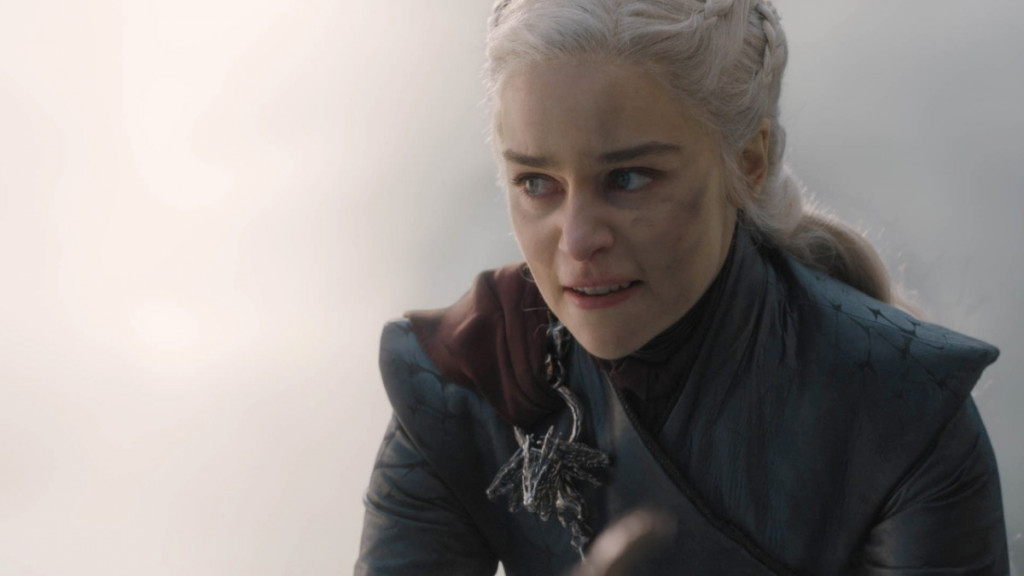 The carnage that Daenerys gives way to while riding Drogon is brutal, and often difficult to watch as the action admirably so remains centred on the ground with all the slashing, burning and killing, with people’s cries filling the screen left, right and centre. At the centre of this suffering, and our man on ground is Arya who finds herself in King’s Landing to slay Cersei, but turns back seeing the Red Keep pillaged. While she was established as a hero in ‘The Long Night’, her arc is one of many that suffer the brunt of this episode’s writing. Cleganebowl finally happens too, and while both the deaths happen almost exactly as I predicted, it is poetic but extremely untimely and inconsequential in my opinion. 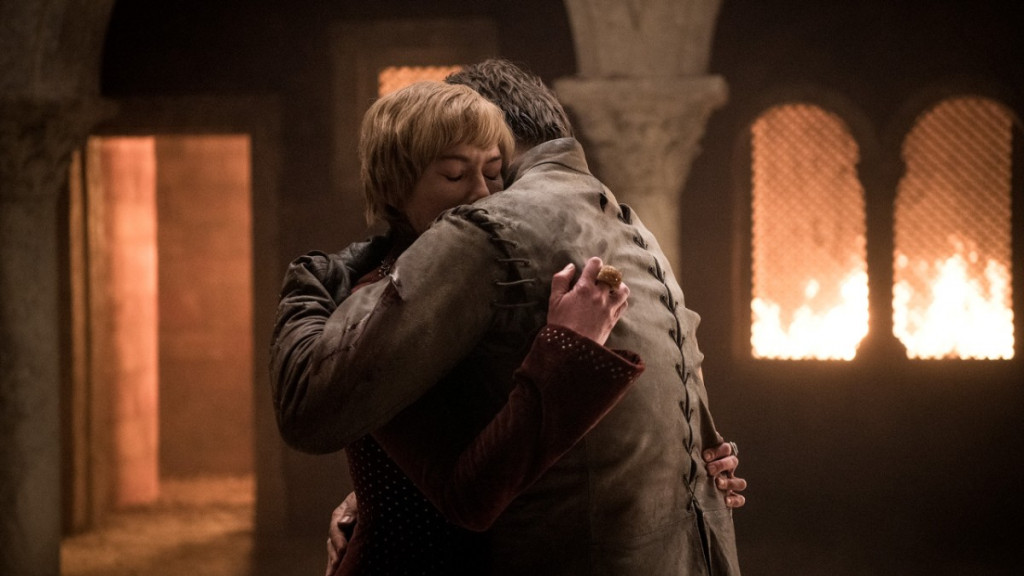 Technically, this episode is the best of the best, with some of the best cinematography I have seen over the series. Ramin Djawadi does some excellent work yet again, with some old tunes and some new ones, but as always, it’s the silences that are golden. The sound mixing is great, and the acting uniformly excellent: the cast really seems to have given it their all. While all of these departments work in close coherence to attempt creating something truly unforgettable for television, and they partly succeed too, it’s the writing that seems to fall short on several counts: including the dialogue. There was a time when epic dialogues from ‘Game of Thrones’ would flood the internet, and it is not an astute observation that absolutely none of them would be from the seventh or the final season. Character motivations, quite ironically, seem completely reversed and unnatural, resulting in not the conclusion, but the death of several important and crucial character arcs. 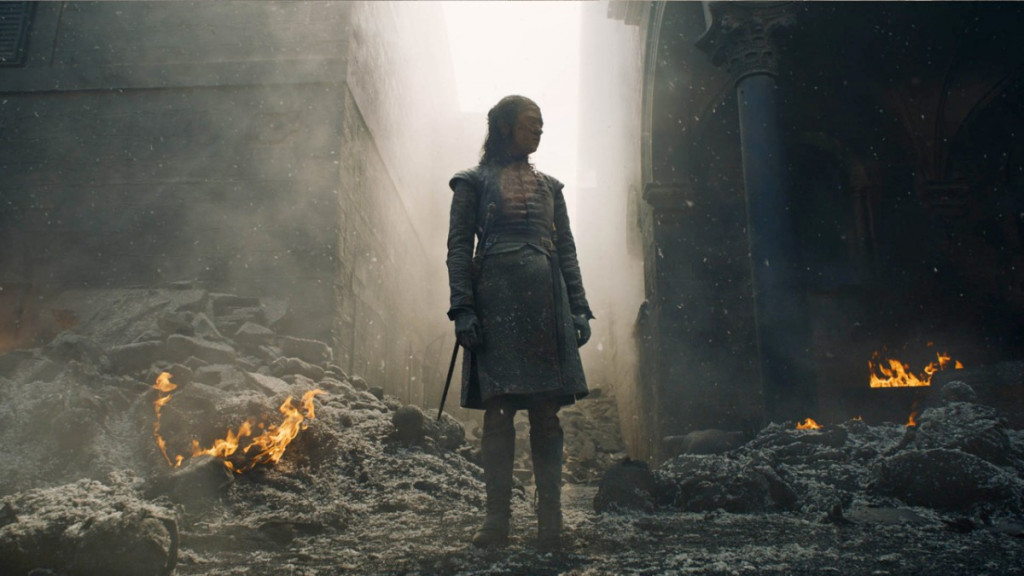 However, not all is dark and gloomy here (except ofcourse the technical bits that I have praised already), much unlike the future of King’s Landing. One key aspect that ‘Game of Thrones’ has always encompassed and is a strong suite of this episode as well, is the dichotomy of good and bad at the centre of  every single character in the show. Up until the last season, Daenerys was certainly among the good guys, something that quickly bites the dust here. Cersei on the other hand who has done little but be an evil, vile presence for all the eight seasons receives a heartfelt end in the embrace of her lover. Well, expectations are anyway a futile thing for a fan to carry, but even the basest of them get subverted here. It is with a heavy heart that I have to write this, and I say this pragmatically and not pessimistically; there is little that the final episode can fix now. What fans feared has happened: the final season will be remembered, albeit for a bit of a bitter aftertaste.