Greer Grammer From Deadly Illusions: Everything We Know 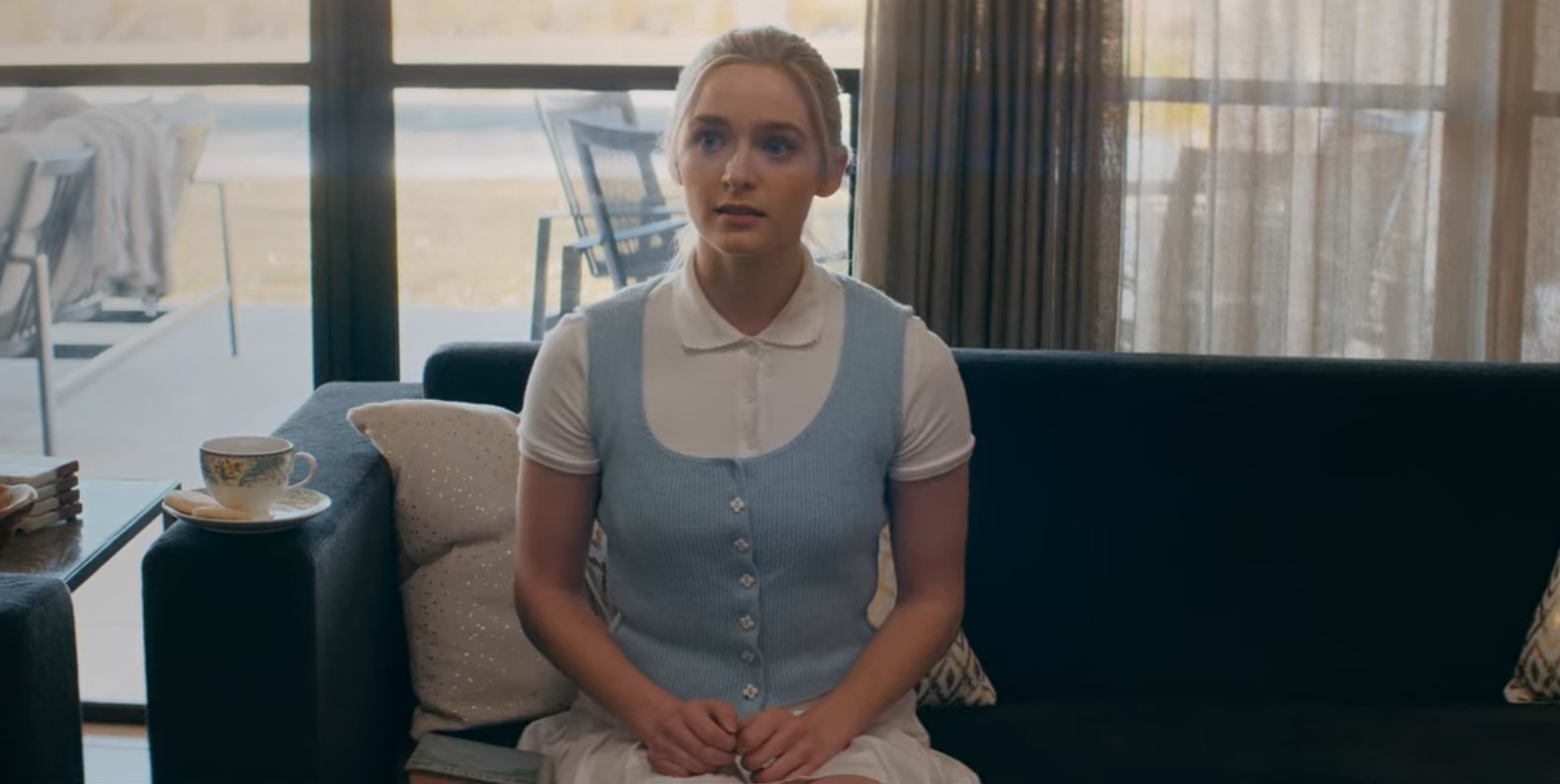 Passionate in acting and theatre from a very young age, Greer Grammer had her first breakthrough when she was cast in the major role of Lisa Miller in the MTV comedy series ‘Awkward.’ Dazzling audiences and critics alike by her brilliant performance, the actress quickly became a household name and started landing significant roles in movies, TV shows, and stage productions. Her tenacity and will to excel saw her mastering her craft and land a key role in the 2021 movie ‘Deadly Illusions.’

In the thriller-drama movie, Greer plays the role of the seemingly innocent nanny, Grace. Her role in ‘Deadly Illusions’ is very different from her previous acting performances. Still, she took to the challenge and put up an excellent and praiseworthy performance on screen. Naturally, after witnessing her scintillating acting, fans have gotten curious to know more about their favorite actress. Well, here is everything we found out!

Kandace Greer Grammer was born on February 15, 1992, to Emmy-winner actor Kelsey Grammer and make-up artist Barrie Buckner in Los Angeles. Her mother primarily brought up Greer in Malibu, California, as her parents never got married. Greer has three half-sisters – Spencer, Mason, and Faith – and three half-brothers – Jude, Gabriel, and James – through her father.

From the tender age of 5, Greer was passionate and interested in the stage. She participated in a host of different plays before competing in pageants as a teenager. Her first pageant was in 2008, where she won the title of Miss Teen Malibu. She also got placed within the top 10 of three consecutive Miss California competitions and held the title of Miss Regional California Teen in 2011.

Even with her newfound fame in modeling, Greer dream of acting kept beckoning to her. To fulfill her dreams, she enrolled herself in the Idyllwild Arts Academy. There, for two years, she received training under their theatre program. She also graduated as a theatre major from the University of Southern California in June 2014.

Grammer got her first role on the screen as a guest star on the Nickelodeon series ‘iCarly’ in 2010. Her short but sweet performance in the show landed her the role of Sasha in the independent movie ‘Almost Kings’ in the same year. She got her breakthrough role on television when she was cast as Lisa Miller in the MTV series ‘Awkward.’ For the first two seasons, Greer remained on a recurring role before being promoted to a regular for seasons three, four, and five. From that point on, there was no looking back for the brilliant young actress.

2015 was a massive year for Greer as her career flourished from all angles. She starred in a guest role on the famous sitcom ‘Melissa & Joey’ and landed a major role in the TV movie ‘Manson’s Lost Girls,’ which tells the story of the criminal and cult leader Charles Manson from the perspective of the women who committed crimes for him.

Greer calls herself “the biggest O.C. superfan that’s ever been” and was elated when Jordan Ross, the director and co-creator of ‘The O.C. Musical,’ gave her the role of Summer Roberts in his stage production. Greer was also chosen to be Miss Golden Globe in the 2015 Golden Globe awards, which she dubs as a surreal experience and an absolute dream come true.

In 2016, Grammer was cast as a recurring role in the ABC sitcom ‘The Middle.’ She also landed a role in ‘Deadly Sorority’ in the same year. For the next few years, she played minor roles in movies like ‘The Last Summer’ and ‘Roe v. Wade’ before being handed the role of Grace in the 2021 movie ‘Deadly Illusions.’ Greer loved the part of Grace even though it was challenging and said, “I loved the idea of doing it and pushing myself further because I loved that and always wanted to be taken a little more seriously.”

Greer was in a relationship with TV producer Tyler Konney whom she met around 2015 on the sets of the movie ‘Emma’s Chance,’ which he produced. The couple was often spotted together on several occasions. However, it is unclear what happened between them as most of Greer’s posts regarding Tyler have now been deleted from her Instagram profile. So it is safe to assume that they eventually parted ways.

Happy birthday to my Tyler cat 🎂 I'm so proud of the man you are and all that you've… https://t.co/4i8v2sggFQ

Before Tyler, Greer was in a relationship with Cody Ankrim, her boyfriend from college. Greer and Cody reportedly broke up in 2015, two years after getting together in 2013. Greer is extremely tight-lipped about her private life. Although she posts regularly on her social media accounts, the absence of a romantic partner in any of her recent posts indicates that the actress might not be seeing anyone at present.

Read More: Everything We Know About Mia Tomlinson