Where to Stream Guardians of the Galaxy? 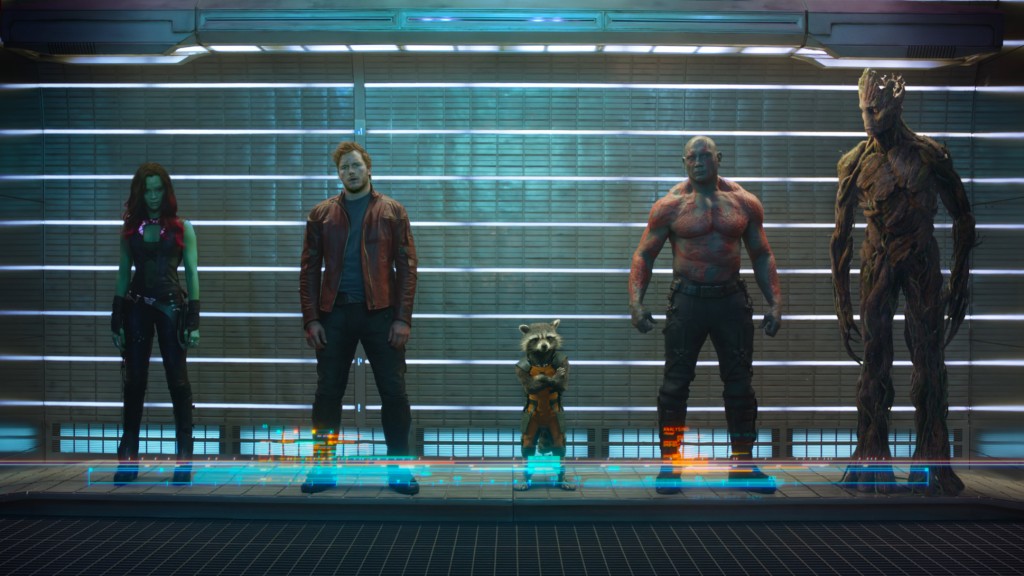 Marvel has a lot of superhero movies to their name, and they are clearly the giants in the genre, delivering one hit after another. While most of their superheroes are popular comic characters like Iron Man, Thor, Captain America, and Hulk, MCU has also branched out to make movies about lesser-known superheroes. Among them is ‘Guardians of the Galaxy’.

Helmed by James Gunn, the movie introduced us to a ragtag group of misfits who barely got along with each other, but situations kept sticking them together till they gelled to form a team that went on to save the universe. While the Guardians do play an important role in the comics, especially in the ‘Infinity War’ series, they were relatively less known by the public. The 2014 film changed all of that. Suddenly, Peter Quill or Starlord, Gamora, Rocket, Groot, and Drax became everyone’s favorite. Since then, we have seen ‘Guardians of the Galaxy Vol. 2’, and ‘Guardians of the Galaxy Vol. 3‘ is in the works.

‘Guardians of the Galaxy’ received a lot of praise for its humor, song choices, direction, acting, visual effects and not to mention, action sequences which actually featured a dance off! As it has been some time since the movie was released, you might have seen it already, but ‘Guardians of the Galaxy’ is the exact kind of comfort movie that can be re-watched. In case you have not seen it yet, you are missing out on one of MCU’s most fun superhero movies. But before we tell you where to watch the movie, let us quickly walk you through the plot of ‘Guardians of the Galaxy’.

What is Guardians of the Galaxy About?

The story of the ‘Guardians of the Galaxy’ begins with a young Peter Quill, who after his mother’s death, is abducted by a group of alien thieves called Ravagers, headed by Yondu. The story then moves forward by 26 years, where we see Quill, calling himself Starlord now, on the alien planet Morag. He steals a strange orb but is attacked by Korath, the subordinate of Ronan, a fanatical Kree militant. If the name Kree is familiar to you, it might be from ‘Captain Marvel‘, which came out in 2019.

Anyhow, Quill escapes, but Yondu feels betrayed and puts out a bounty for his capture. Ronan sends an assassin, Gamora, Thanos’ adoptive daughter, to retrieve the orb. While Quill tries to sell the orb on Xandar, the capital of the Nova Empire, Gamora tracks him down and fights him for the orb. This draws the attention of two bounty hunters, Rocker, a genetically and cybernetically modified raccoon, and Groot, a tree-like humanoid.

While the four tangle, the authorities of the Nova Empire arrest them and lock them up in prison. Prisons on alien planets are rarely fun, and our group of misfits finds this out soon enough, when a powerful inmate, Drax, tries to kill Gamora for her relationship with Thanos and Ronan. Notably, Ronan killed Drax’s family, so you can hardly blame the guy. Anyhow, Quill controls the situation, telling Drax that Gamora can bring Ronan to him, though Gamora has already told Quill of her plan to betray Ronan, unwilling to let him use the orb. Our group is now complete, and they break out of prison.

Ronan discusses Gamora’s betrayal with Thanos, who sends his other daughter, Nebula, to track down and bring Gamora to him. In the meantime, our Guardians of the Galaxy head to Knowhere, an alien outpost, trying to sell the orb to the Collecter Taneleer Tivan. Tivan informs them that the orb contains the Power Infinity Stone, that is strong enough to destroy the universe. Meanwhile, a drunk Drax makes the fatal error of drunk dialing Ronan. No, he literally goads the fanatic into a fight. Ronan easily wins this, and the group is forced to flee. Pursued by Ronan and Nebula, things get hairy for Gamora, but Quill calls Yondu for backup and saves her. Ronan gets the stone, however, and they all make a truce to retrieve the stone rather than watch the universe get destroyed.

The Ravagers and the Guardians of the Galaxy join forces with the Nova Corps with the intention of stopping Ronan. A fierce fight ensues and they manage to make Ronan’s ship crash. However, he emerges, ready to destroy Xandar. This results in one of my favorite scenes, where Starlord gets into a dance-off with an alien fanatic, long enough to distract him, for the other members to remove the Power Stone from Ronan’s Warhammer. The team shares the power of the Infinity Stone and manages to destroy Ronan.

Quill once again betrays Yondu and gives him a fake orb, while handing over the stone to the Nova Corps. Towards the end of the movie, it appears that Quill was able to control the power of the stone because his father is part of an ancient and unknown species. The group of misfits is called the Guardians of the Galaxy and their records are expunged, as they emerge from this situation as heroes, and they all have a team to count on from hereon.

Overall, it is a wholesome movie peppered with laughs, making it the exact easygoing experience that has made Marvel the giants of the superhero genre. Now, onto the most important bit about where you can watch ‘Guardians of the Galaxy’.

Is Guardians of the Galaxy on Netflix?

Netflix has an excellent repository of Marvel movies, so one would expect ‘Guardians of the Galaxy’ to be among them. However, they do not have the movie, unfortunately. Don’t let that get you down since the premier streaming platform still has a number of excellent Marvel films you can watch including ‘Black Panther‘ and ‘Avengers: Infinity War‘. It is no surprise that ‘Guardians of the Galaxy’ is no longer on Netflix since eventually all Marvel content will be removed from the platform as per Disney’s plan, which is to have all the content housed under one umbrella, on Disney+.

Is Guardians of the Galaxy on Hulu?

Hulu has a spectacular library when it comes to Marvel content, but a lot of them are television shows. Unfortunately, the platform does not have ‘Guardians of the Galaxy’, but it does have ‘Iron Man 2‘ if you are in the mood for some good Marvel movies.

Is Guardians of the Galaxy on Amazon Prime?

Where Can I Stream Guardians of the Galaxy Online?

Where Can I Watch Guardians of the Galaxy Online For Free?

MCU has a ton of superhero movies, and we understand if you cannot afford to shell out money for all of them. Fubo TV has a free trial period for a week, within which you can watch ‘Guardians of the Galaxy’. However, it is one of MCU’s funnier superhero movies, so we urge our readers to pay for it, before watching.