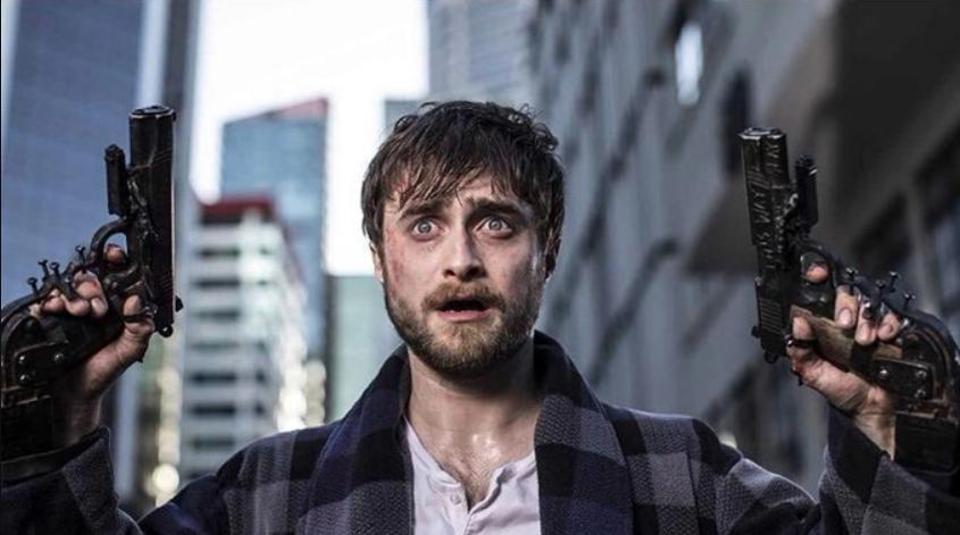 Employing tippy camerawork and neon-lit game styled graphics, ‘Guns Akimbo’ is an action-comedy that brims with some spectacular slambang car chases and gun slinging. As one would expect, the film is loud, hilariously preposterous, and fairly linear. The movie’s cast, which includes Daniel Radcliffe, Samara Weaving, and Ned Dennehy, further elevates the intensity of its nail-biting action scenes and silly drama.

‘Guns Akimbo’ is set in a world where a real-life deathmatch, known as Skizm, is streamed live for the crowds. Without any guilt or shame, people watch others get involved in gruesome gorefests of killings. Nix (Samara Weaving), a young psychotic girl who often reminds you of “Hit-Girl” from ‘Kick-Ass,’ becomes the top player of the whole deathmatch game after she relentlessly kills everyone who’s ranked above her. The only reason why she does this is that the creator of the game, Viktor, promises her that he’ll clean her slate and let her start afresh.

In the meantime, after a usual night of “trolling the trollers” at the Skizm forum, Miles (Daniel Radcliffe) wakes up to a terrifying reality: he finds the creators of the game at his own home. They abduct him, bolt a gun to both of his hands, and set him loose in the world of Skizm, expecting him to kill Nix. Soon, they even kidnap his ex-girlfriend, Nova, and threaten him to abide by their orders if he wants to see her alive. With so much on the line, Miles is forced to give up on his old pacifistic ways and bring out the warrior in him. 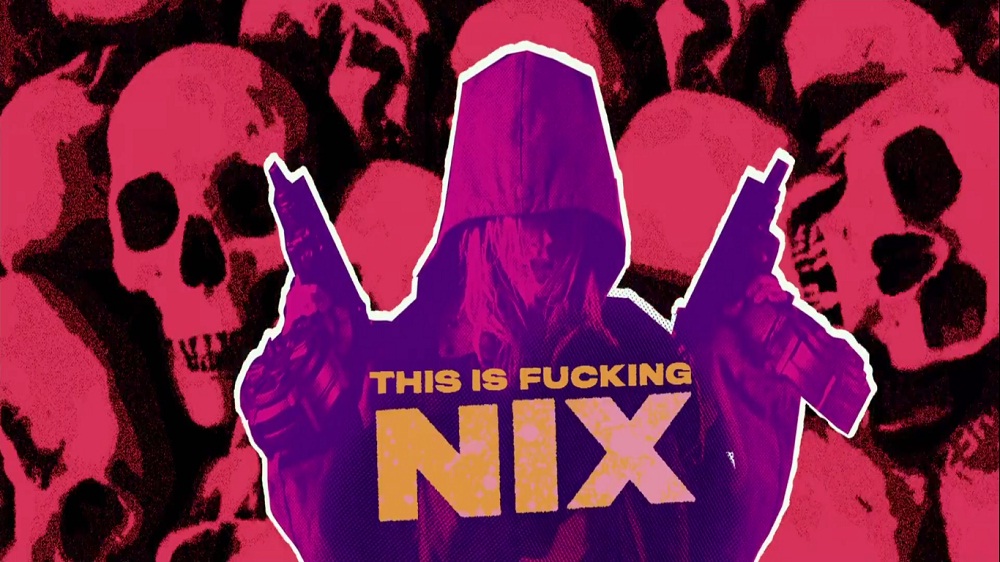 Through a cop, who happens to be Nix’s father, Miles learns that Nix’s mother was killed by Riktor when she was a child. This childhood trauma has made her who she is today, but she still had no clue that the creator of Skizm had killed her mother. After this discovery, Miles decides to arrange a meeting with her. However, before he can tell her anything about her mother’s killer, Nix mercilessly shoots him and this is where the movie reveals its first twist.

Turns out that even before this meeting, the two of them had met each other. Miles had revealed to her everything about Riktor and his intentions. After realizing that Riktor will eventually kill them both and has no plans of cleaning her rap sheet, Nix decides to join forces with Miles.

This explains how in the present of events of the movie, Miles does not die even after getting shot multiple times. Faking Miles’ death was a part of their plan to simply distract Riktor for a while so that they could infiltrate his base and catch him off-guard. Even when Nix shot him, he was wearing a bullet-proof vest which he had earlier taken from a cop.

The Ending: The Making of a Hero 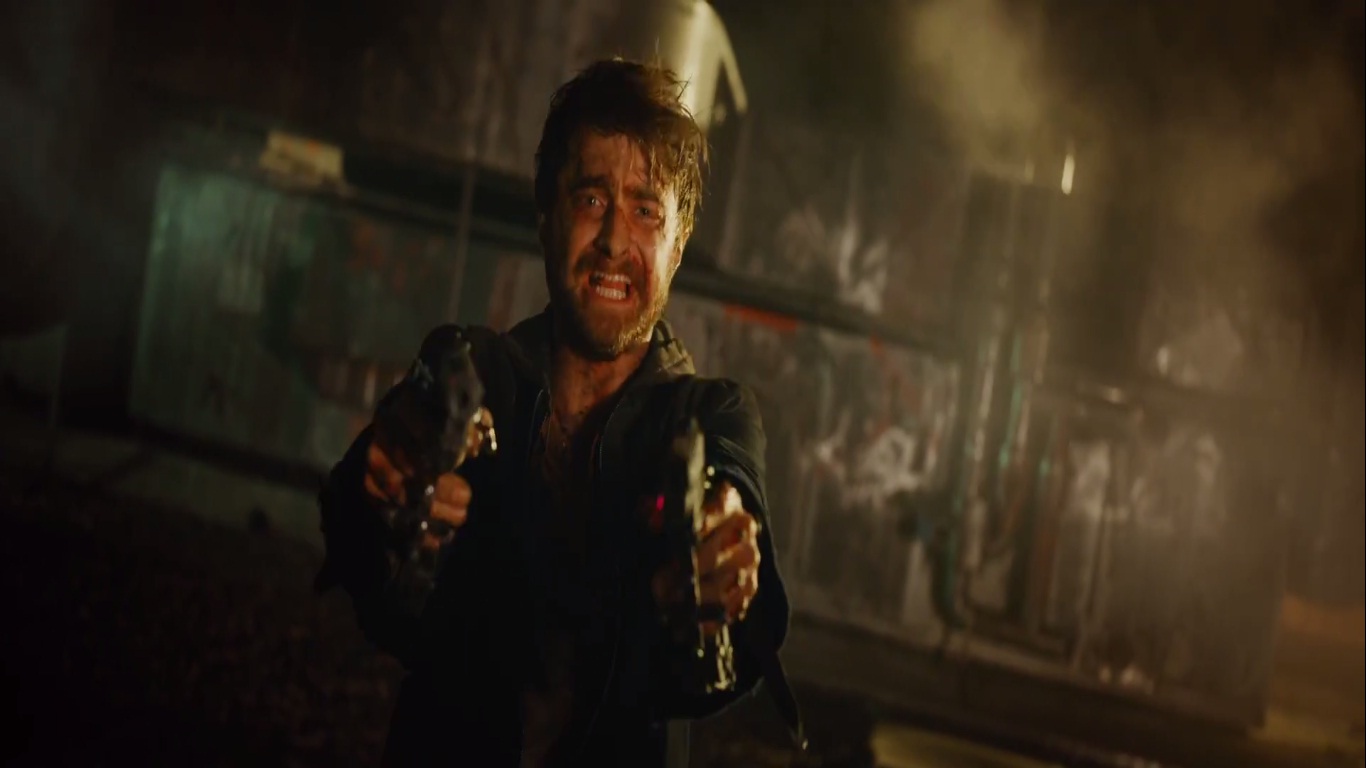 In the final moments of the film, Nix and Miles break into Riktor’s headquarters and a brutal showdown ensues between them and Riktor’s men. There comes a time when even Nix is forced to sacrifice her own life just to make sure that Miles is able to reach Riktor and save his girlfriend. In the end, Miles manages to save the day by killing off Riktor and even rescuing his girlfriend. But even after this, the world around him still stays the same as before dying, Riktor had already initiated a worldwide franchise for Skizm. In the closing moments of the movie, Miles can again be seen with guns in both of his hands and this time around, they’re not even bolted to his hands.

The ending of the movie basically shows how Miles is now finally the hero he always wanted to be. Back in the day when he worked as a game coder, he would often dream of being a warrior who would save the world one day. He trolled people on the internet because it gave him a sense of power above other wrongdoers, but he never really had the courage to step out and actually do something to change the world. But after spending just one day serving justice with guns bolted down to his hands, he goes through a major catharsis and realizes that he has what it takes to be a hero. And that’s why he now sets out to shut down all the existing franchises of Skizm to make the world a better place.

When it comes to Miles’ relationship with Nova, even though he saved her life, the ending of the movie makes it pretty clear that they did not eventually get back together; probably because of Miles’ criminal record. Even so, as the ending of the movie suggests, Nova, too, decides to pursue her dream of writing comic books and starts writing about a character named “Gun Akimbo” who saves the world from evil. For obvious reasons, her comic books are a tribute Miles who did eventually become her “Shining Knight in Armor.”