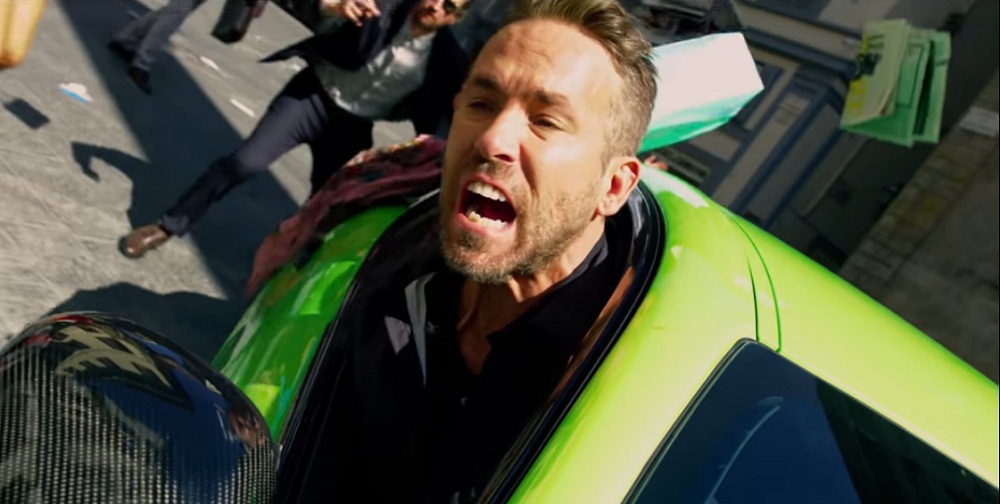 Love him or hate him; one cannot deny that Michael Bay‘s films are entertaining. Netflix’s ‘6 Underground‘, starring Ryan Reynolds, is his recent action flick, which again, brims with CGI-filled action scenes and violent offensive humor. The film also has a mildly intriguing plot which, at times, seems to be a bit too uneven. Nonetheless, ‘6 Underground’ turns out to be exactly how every Bay movie promises to be and as an action fan, it leaves you satisfied.

After a life-altering incident, the protagonist of the film, referred to as “One” for the most part, decides to fake his own death by a plane crash and begins a new life. Soon after this, he looks for people who, just like him, have a strong sense of justice and are seeking a fresh start. Since they are all dead to the world and have no real identities, they are all named in the form of numbers.

With this, the squad of vigilantes, which involves people from all walks of life, with all kinds of special talents that are assets for their team, set out to make the world a better place. With a brief introduction of all the characters, the film then plunges into its main storyline where it reflects on the barbaric rule of a leader who ruthlessly watches his entire nation crumble.

The squad of vigilantes formulates a grand plan through which they’ll be able to overthrow his vicious rule. With this, they set-in-motion a huge coup against his rule by hacking into his country and try to replace him with his noble brother. However, not everything goes as planned, and they’re forced to improvise at each level of their mission.

Overthrowing an entire government is, of course, no cinch. So to pull this off the squad creates a rough plan in which they first intend to destroy the core foundation of President’s Rovach’s rule by killing his Generals. As expected, once the team is able to knock out his three Generals, his control over his men begins to shudder. With this, the protagonists set out to execute the second stage of their mission, which involves abduction Rovach’s brother. There is a scene in the film in which, through Two’s backstory, it is revealed that Rovach’s brother, Murat, was once abducted by the CIA but he was never seen again after that. Turns out that Rovach has kept him under house arrest so that no one can use him to overthrow his rule.

The heroes infiltrate the place where Murat is kept hidden from the world, and after an epic showdown with the bad guys, they are able to kidnap him. This finally brings them to the final step of their plan—convince Murat that he needs to start a revolution against his brother and execute the President. However, since the President holds so much power, this part of their overarching scheme turns out to be really complex. To initiate a revolution in the entire nation, the team first hacks into the state-run television and features Murat.

On live television, Murat, though a little reluctant, announces that he intends to overthrow the rule of his brother by starting a coup of his own and announces that he will bring his people the peace that they truly deserve. Blown away by the morals of their new potential leader, the people of Turgistan rush to the streets and celebrate their freedom. In the meantime, to bring a final resolution to their mission, the team embarks on a mission to execute the President. Parallelly, the President, again, decides to dwindle the voice of his people through violent oppression.

With this, the antagonists plot an attack on the President’s boat. Somewhere in the beginning of the film, Ryan Reynold’s character “One” flaunts his knowledge about magnets and even tells his team that, since childhood, he has been obsessively experimenting with magnets. After being outnumbered by the President’s men, One, yet again, shows off with his extremely powerful magnet and uses it to kill all the remnants of the President’s guards. This scene strongly reminds you of Jesse Pinkman’s “Magnets B**ch!” episode from ‘Breaking Bad’; though, it is, of course, overly exaggerated.

In the end, before they are able to get their hands on him, the President somehow manages to escape the boat. However, to his dismay, as soon as he mounts his helicopter to escape, he realizes that the heroes have also wormed their way into his chopper. But instead of killing him there and then, they drop him off into the arid lands of his own nation and let the people deal with him.

“Nothing to Lose Becomes Something to Gain” 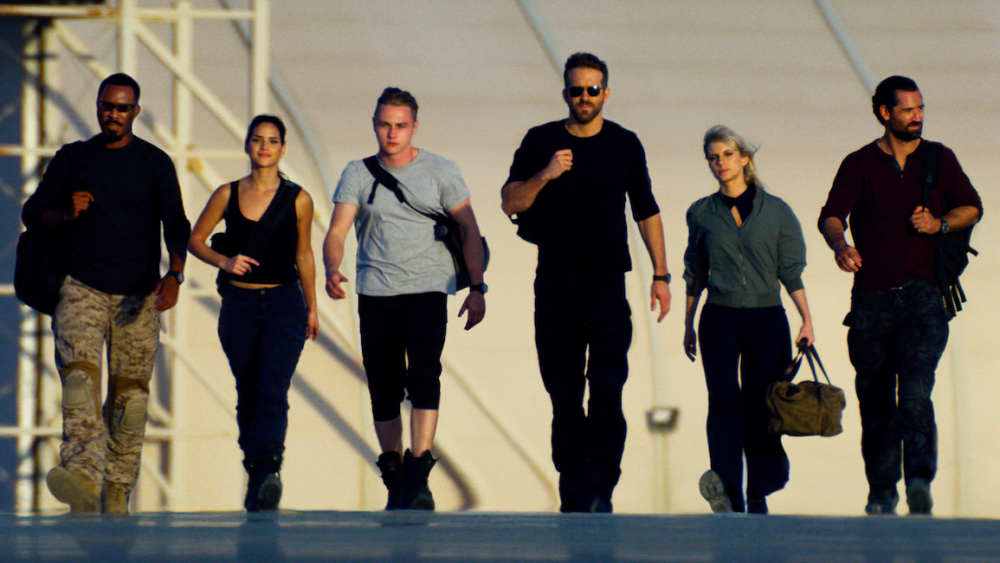 Throughout the film’s runtime, Ryan Reynolds’ character keeps denying that his team is not his family. He also makes sure that, whenever necessary, they must prioritize their mission over anything else. If anyone from the team gets left behind somehow, the rest of the team will in no way be responsible for him. But much later, a new member, who is also a former soldier, becomes a part of their team. And his beliefs about the dynamics of their team turn out to be the complete opposite of what Number One preaches. There is a scene where Number Four gets left behind but Number Seven, the new recruit, defies Number One’s orders to save him.

As the film progresses further, Number One, as a character, goes through a major catharsis and understands the true value of having a family. He realizes that without his team, he would be nothing at all and subtly starts acknowledging his sense of belonging with them. In the final moments of the film, when he is forced to choose between completing the mission and saving the life of one of his team members, he surprises everyone by doing the latter. The President manages to escape at that point, but One realizes that “together, they can do some shit; awfully loud.” Or in better words, as Vin Diesel (‘Fast and the Furious‘) would say: “I don’t have friends, I got family.”