Netflix Review: ‘6 Underground’ is All Action No Logic 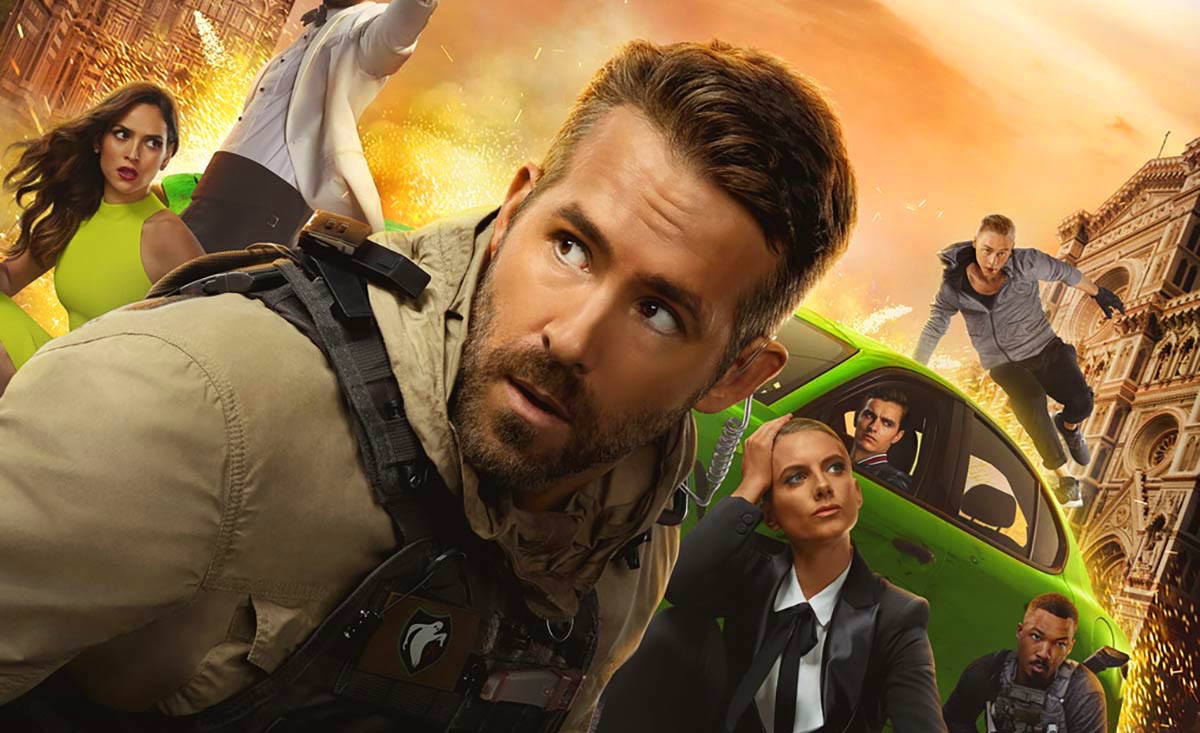 Michael Bay, the director of the renowned ‘Transformers’ series and ‘Bad Boys’, has been the subject of quite a lot of backlash because of his over-the-top action scenes, offensive humor, and of course, the lack of logical storytelling in almost all of his movies. Nevertheless, he is still one of the highest-grossing directors in the industry and his films continue to reign millions of dollars from all over the world.

His most recent work, Netflix’s ‘6 Underground’, is no exception. Brimming with ultimate shock-and-awe entertainment, which involves glossy pile-ups of intense car chases, big guns, goofy one-liners, and some glamorous filming locations, the film perfectly befits the taste of its targeted audience—the “regular moviegoers.” Almost like all of his works, ‘6 Underground’ is intentionally preposterous, but at the same time, it very well makes that an asset for itself.

Starring Ryan Reynolds, the film centers a self-made billionaire who fakes his own death and goes underground. He then establishes a group of similar mercenaries who have “nothing to lose” and have a strong sense of justice just like him. Along with his team, he then challenges the norms of the modern world by doing all the “dirty work” that the governments of the world refuse to do. With the motive of overthrowing the vicious rule of a barbaric President, the vigilante squad heads to the fictitious country of Turgistan. They plan to initiate a coup against him and eventually, try to replace him with his brother to restore peace in the nation. What follows is a series of action-filled heists and uneven shallow backstories of all the main characters.

Somewhere in the middle, it also brings in some political themes which revolve around Middle-Eastern nations. There’s a scene where the leader of Turgistan—the main antagonist—tries to invoke fear in the minds of his countrymen by attacking them with chemical bombs. I could be wrong but this almost reflects on Arab Springs of the early 2010s. This part of the movie has not been executed really well, but it does turn out to be a lot more poignant than you would expect it to be. Even so, it fails to harmonize itself with the rest of the movie, which lacks any kind of gravity.

The plot, for the most part, is as ludicrous as you would expect it to be and plays out as a perfect trash actioner; a decent one, too. It all starts off with some entertaining car-chase scenes blended with humorous dark comedy. This is then followed by selfless acts of individual heroism of each of the characters, and finally, it all comes to an end with the restoration of order and a warm fuzzy conclusion. Even the character backgrounds come off as casual lingerings, which eventually lead to nothing significant; this explains its bloated 2-hour runtime. And pretty much like every other Micheal Bay movie, it also has some technological gobbledegook and throwaway laughs throughout its runtime. To put it simply, it’s nothing more than a typical Hollywood big-budget action flick that does not bend itself into a new direction.

While the characters of the film are quite bland and underdeveloped, the actors who play them are quite engaging. Ryan Reynolds, as always, dukes it out with his hilarious one-liners and does bring a lot of energy to the film. Even his justice-centric credos, which are often repeated throughout the film, become its major themes. Ben Hardy, who plays the role of Four, has a steady charisma with his parkour scenes, and surprisingly, he truly shines with his limited role. And not to mention, French star, Mélanie Laurent, who plays the role of Two, is just a genuinely likable character.

At the end of the day, depending on how you want to see it, ‘6 Underground’ is either excruciating or exhilarating. If you choose to see it as a typical Bay film that offers you a rush of adrenaline with its enthralling violent action scenes, the film truly delivers. So you can dim your lights and watch the film with two perspectives: as a casual movie-goer who is solely looking for some cheap thrills or as a critical reviewer who seeks depth. The casual moviegoer in me was mildly entertained with the exploding CGI and super-fast action that the film offers. But at the same time, the critic in me wasn’t pleased with the mindless content and lack of narrative coherence.

Overall, in a bombastic Bay style, the action of the film is riddled with quick jump cuts and slow-mo scenes that are reminiscent of almost all of his other mainstream work. However, there is nothing more to it than that. It is, at best, a good time killer. You won’t really be missing out on much if you choose to you skip it.