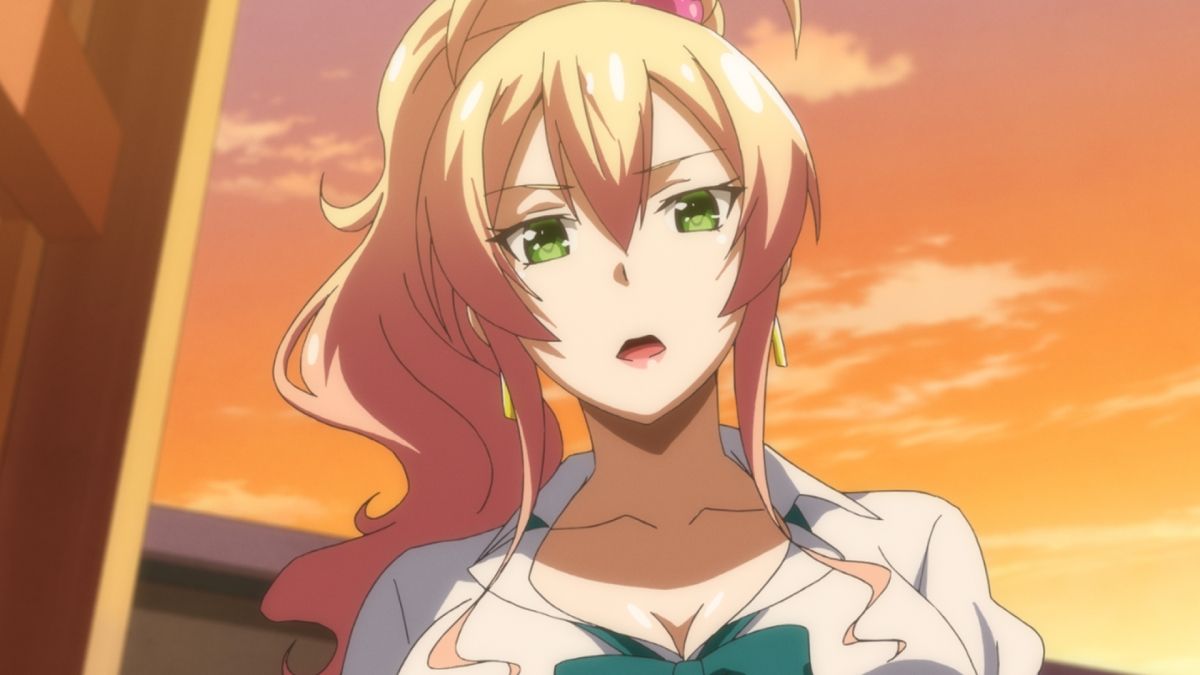 It’s surprising how some Ecchi anime, despite having the most generic storylines, are far more popular than some really good anime shows. ‘Hajimete no Gal’ is another one of those typical Harem-Ecchis and it really offers nothing more than a feel-good story that lacks any profound background. Now, for obvious reasons, ‘Hajimete no Gal’ is no way one of the best anime shows that you’ll ever see. In fact, even when it comes down to the Ecchi genre, there are titles that are way better than this one. But it is still quite an enjoyable show because of how it deals with its light-hearted themes.

Also, considering the fact that it has been adapted from a manga, even its pacing is quite consistent throughout. Overall, though it is not for everyone, and certainly not for the ones who despise high-school romance stories, ‘Hajimete no Gal’ is quite a wholesome show and should not be viewed from the perspective of a critic. Instead, just try to overlook all of its flaws and enjoy the ride. If you had a good time watching its first season, you’re probably wondering if it will return for season two or not. Well, we might have some news for you in the next section.

Hajimete no Gal Season 2 Release Date: When will it premiere?

‘Hajimete no Gal’ season 1 premiered on July 12, 2017, and with a total of 10 episodes, it ended on Sep 13, 2017. Soon after this, a side-story OVA episode adaptation of it released on Dec 26, 2017. As of now, no confirmations have been made regarding its season 2 but we can still make some speculations regarding it.

Since it’s a manga adaptation, for the most part, the chances of getting its sequel heavily depend on how much more of the source material has not been covered in its first season. The manga only has 9 volumes and the anime perfectly correlates with the end of the source material, so a Season 2 is only possible if the mangaka decides to create a few more volumes of it.

Moreover, even the ending of Season 1 was quite conclusive, which again, suggests that the chances of getting a sequel are fairly low. Also, since its ratings on most anime platforms are fairly average, the creators would not consider it unless it gets really popular in the coming years. So, as of now, another season of ‘Hejimete no Gal’ seems very less likely. But in the unlikely scenario of the anime getting renewed, ‘Hajimete no Gal’ season 2 can release sometime in 2022 or later.

The English Dub of ‘Hejimete no Gal’ is available on Funimation.

Junichi Hashiba is a high school boy who despises being single while all of his other friends are easily able to get into relationships. Then comes a day when his single friends force him to confess his feelings for the most attractive girl of the school—Yakuna Yame. Even after knowing that he wants to date her for all the shallow reasons in the world, she accepts his proposal and becomes his girlfriend. But soon, the whole school begins to notice them and Junichi starts getting attention from other girls as well. With this, high school will never be the same again for Junichi.

Junichi is the main protagonist of the series who is pretty average-looking for his age. He has black hair, brown eyes, and just like all the other characters of the series, he is usually seen in his green school uniform. He is a second-year student and really wishes that he had a girlfriend, but because of his lack of confidence, he has never had the courage to walk up to a girl and confess his feelings. At the beginning of the series, his friends force him to confess his feelings for the school’s most popular girl, but instead, he ends up giving her the wrong idea and she even calls him perverted. Quite often, he gets lost in his own sexual fantasies where he’s losing his virginity and even has internal debates in the back of his head where he decides what he has to do next in these.

Much later, after he starts getting a lot of attention from many other girls, his friends pressurize him to hook them up with them. When he realizes that Yukana really likes him for who he is, he vows to stay loyal to her and turns down all the other girls who try to approach him. There was a time when he used to best friends with a girl named Nene Fujinoki, and as a child, he would even claim that he wants to marry her. Despite all of his acts of perversion, Junichi turns out to be extremely shy when it comes to anything sexual in real life. He always tries to remain a bit too gentlemanly around Yukana.

Yuakana Yame is the main female protagonist of the series and is known as the “gal” of her school because of how popular she is. She is extremely voluptuous for her age and almost every guy of her school is into her. She has strawberry blond hair, deep green eyes, and a very pretty face. Everyone, including Junichi, see her as a typical shallow attractive high school girl, who cares about no one but herself. Junichi, at times, even calls her a bitch earlier in the series. But once he starts dating her, he realizes that she is not as shallow as he initially thought she was and she is actually quite a sweet girl.

Even after knowing that Junichi is only asking her out because of his own perverted intentions, she accepts his proposal and even starts caring for him later on. She makes him realize that she’s actually an amazing girl. Eventually, even Junichi falls for her and decides to reject all the other girls who are into him. There are times when she even gets jealous when Junichi talks to other girls, but then she reminds herself that he’s only into her.