Hallmark’s Her Pen Pal: Everything We Know 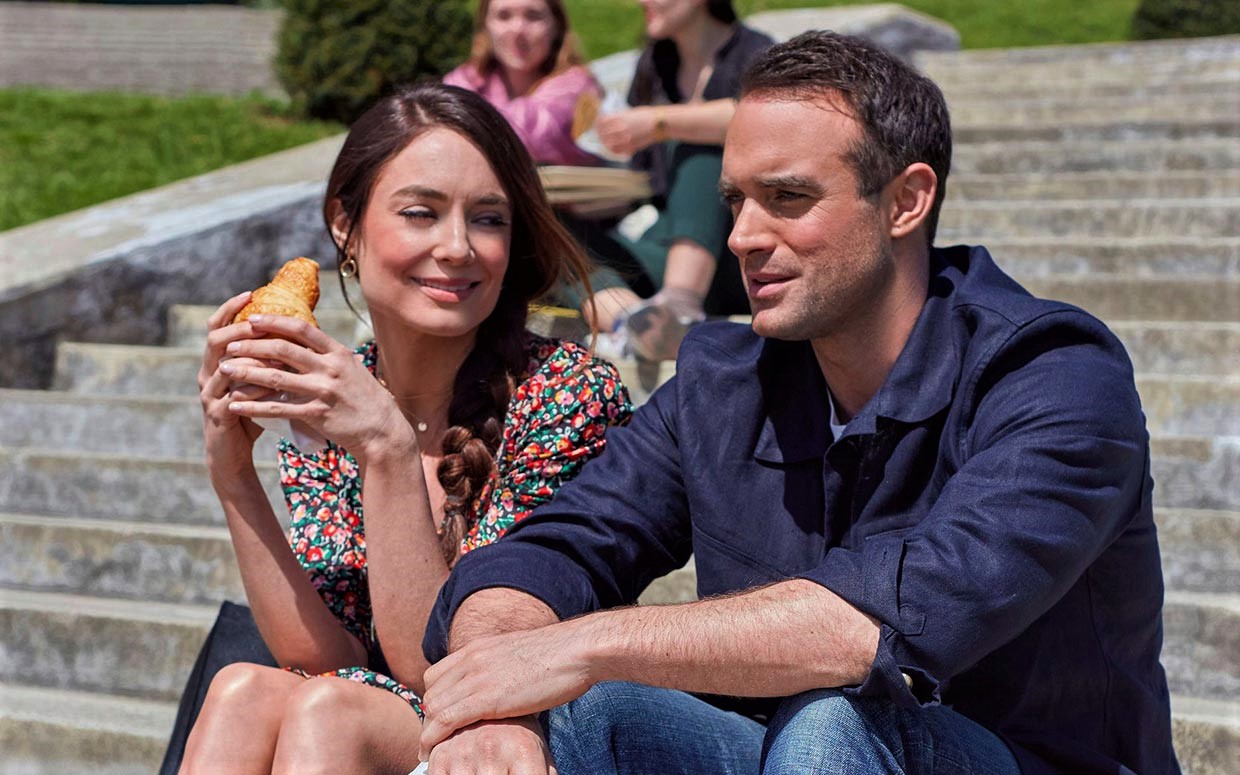 Directed by Clare Niederpruem, Hallmark’s ‘Her Pen Pal’ is a romance-drama movie that follows Victoria, a renowned elite wedding planner who has years of experience working in the industry. So, when she learns that her best friend is about to get married, Victoria’s happiness knows no bounds. Unfortunately, she later finds out that her ex, who is also going to be there, is coming with his new partner. Understandably disturbed by it, Victoria begins to reconnect with Jacques, her old French pen pal.

As they spend time together, the friends develop feelings for one another and begin to wonder if they have finally found the one they have been looking for. The sweet love story of pen pals is filmed in numerous romantic locations in Europe. Naturally, fans may be curious to learn more about them. So, without further ado, let’s familiarize ourselves with each of the locations.

The romance drama was filmed extensively in France and Bulgaria. Located in western Europe, the former is famed for its fashion industry, medieval cities, Mediterranean beaches, rich history, and art. On the other hand, Bulgaria, which is part of southeast Europe, also has a rich dance, craft, and music scene. The diverse terrain of the country includes snow-capped mountains, plains, and rivers.

Filming reportedly commenced sometime in early April 2021 and wrapped up just under a month on May 2, 2021. It was limited to two specific locations in these two countries. Let’s learn more about them.

The principal photography of ‘Her Pen Pal’ took place in Paris. Arc de Triomphe, the neo-classical architecture located at Place Charles de Gaulle, 75008 Paris, is one of many filming locations of the Clare Niederpruem directorial in the city of romance.

Famous for its historical monuments such as Gothic Notre cathedral, Panthéon, Colonne de Juillet, Sainte-Chapelle, the French capital is the ideal filming location for a romantic film. Since production was done in the historic town, the makers couldn’t have missed the chance of filming some crucial scenes at the world-famous Eiffel Tower situated at Champ de Mars, 5 Avenue Anatole France, 75007 Paris.

The shooting for the Hallmark movie also took place in the beautiful city of Sofia. Located at the foothills of Vitosha mountain, the capital city of Bulgaria is known for its unique architecture, which is an amalgamation of different styles. Filming for the movie reportedly took place in or around The St. Alexander Nevsky Cathedral located at pl. “Sveti Aleksandar Nevski”, 1000 Sofia Center in the city.

Since the production took place during the coronavirus pandemic, the cast and crew wore masks and followed other safety protocols to remain safe on the set. After the shooting was done in Sofia, the team of ‘Her Pen Pal’ moved to France, where most of the movie was filmed.

Australian actress Mallory Jansen, whom you may recognize from the ABC series ‘Galavant,’ leads the cast by essaying the role of Victoria, the wedding planner. Joshua Sasse portrays Victoria’s pen pal Jacques. The British actor is best known for his role in the television series ‘No Tomorrow.’ The ‘Downton Abbey’ star Lachlan Nieboer appears as Cameron Reisch.

Jayne Wisener, the Irish-born actress and singer whom you may recall watching in ‘Sweeney Todd: The Demon Barber of Fleet Street,’ plays the role of Tracy Cook. Other noteworthy cast members include Gregory Haney as Mike Halstrom, John Macdonald as Seth, Amanda Blake as Jen Thomson, Janis Ahern as Beth, Benoît Maréchal as Henri, and Amy Louise Pemberton as Nathalie.