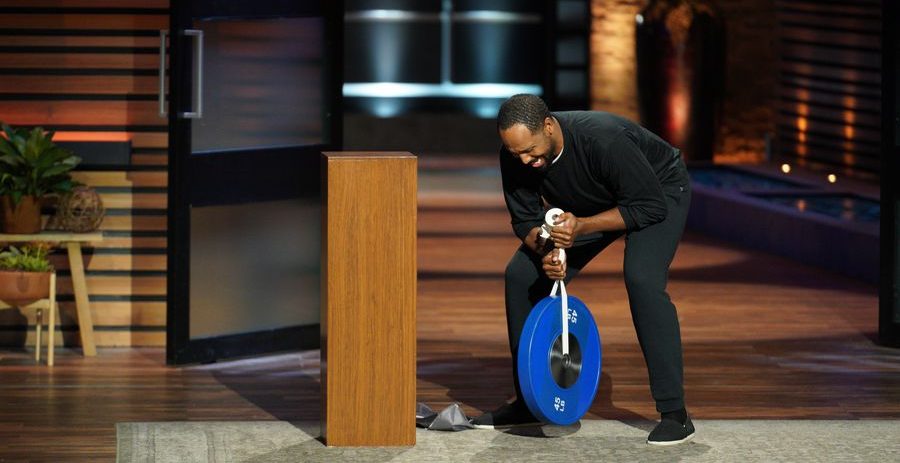 ABC’s ‘Shark Tank‘ season 13 episode 21 witnessed Seneca Hampton presenting his company Hampton Adams, hoping for a handsome investment. Seneca always noticed how regular athletic tape left a sticky residue when removed and hence established his company to tackle that very issue. Although it is a niche product, Seneca’s ‘Shark Tank’ presentation caught our interest, and we decided to find out everything there is to know about Hampton Adams!

Hampton Adams: Who Are They and What Do They Do?

The brain behind Hampton Adams, Seneca Hampton, grew up surrounded by sports. On the show, he mentioned that he had quite a tough childhood and their financial conditions were so tight that he even shared a $1 burger with four other siblings. Nevertheless, things gradually got better as his mother was employed as a nurse and his father a football coach.

Interestingly, Seneca’s father’s profession introduced him to the issues related to regular athletic tape, as he helped wrap it on during his football games. However, while removing it, Seneca noticed how the material always left a sticky residue that was hard to wash off. Besides, it made athletes feel uncomfortable. Thus, Seneca decided to do something about it.

Seneca dedicated himself to meticulous research and finally came up with a solution that would eliminate the residue problem. Nevertheless, he needed a professional manufacturer and ended up meeting several of them before he could find one to his liking. Impressively, he began manufacturing the product with a meager $700 investment, but it sold out on Amazon within a week. Subsequently, whatever Seneca earned, he invested back into the manufacturing process, gradually increasing the supply.

Seneca even mentioned how he had to take a few loans, but the popularity of the product soon made it possible for him to finance the business himself. Advertised as a self-adhesive tape for athletes, Seneca mentioned that his tape was created from a 100% cotton substrate making it easy to apply and tear off without the need for other equipment like scissors. Additionally, once the product is taken off after use, it does not leave behind any sticky residue, thus making it comfortable and convenient.

Where Is Hampton Adams Now?

Immediately upon its release, Hampton Adams products gained massive popularity. Besides, well-known athletes went public with their praise of the new tape, further building its reputation. Seneca knew that just providing athletic tape would not allow him to stay in business for a long time. Hence, he introduced several new products, including rubber-free kinesiology tape, elastic wrap bandages, ice packs, finger tapes, and much more.

Although Seneca was unable to secure an investment on ‘Shark Tank,’ he seemed wholly dedicated to his mission to make Hampton Adams a one-stop shop for all kinds of athletic tape. At present, Hampton Adams products can be found on Amazon as well as the official website. They come in a variety of colors and sizes and are priced between $15 to $46. Customers can also opt to buy larger packs for additional discounts. Seneca’s determination has been a major driving force behind the business’ success, and we are confident that it will cross many more impressive milestones.