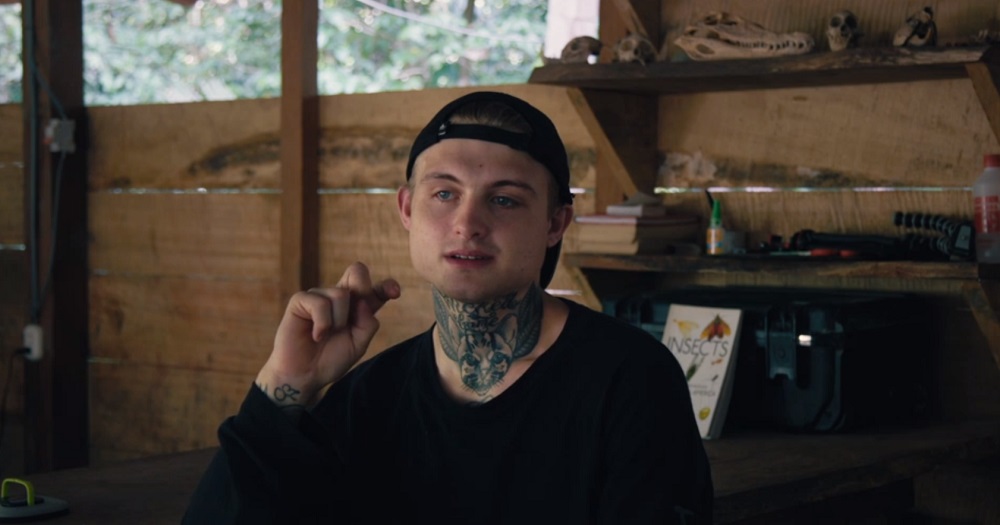 With the ever-increasing changes to bio-diversity as we know it, some have made it their mission to help as many living beings as possible and provide them a chance at a natural life. Amazon Prime’s ‘Wildcat’ documents a similar journey made by members of Hoja Nueva as they try to go through possibly the first-ever ocelot/wildcat reintroduction procedure.

One of the most crucial people during this operation was Harry Turner. Though he had his fair share of mental trauma, the conservationist dedicated everything he had to be a surrogate to Khan and Keanu. Naturally, people are eager to learn what he is up to these days, and we are here to answer the same!

Who is Harry Turner?

Born in England, Harry Turner is the eldest son of Colette and Mark Turner. He also has a brother named Jayden Turner, who is 13 younger than him. Growing up, Harry strived to be a good role model for his younger brother. After finishing schooling, he enlisted in the army in 2014 rather than attending college. Harry’s parents supported his decision but were surprised by his long-term positioning in Afghanistan.

However, after several months in the Asian country, Harry was discharged from the British army and was diagnosed with “recurrent depression and PTSD.” Struggling with the horrors he had seen in Afghanistan, he became unsure of what he wanted to do in life. Soon, he met Samantha Zwicker, a wildlife conservationist who worked deep in the Peruvian rainforest. She realized that there was much more to Harry than what other people saw and decided to give him a chance to work with her.

When the team got the call for their first rescue ocelot, Khan, Harry became a natural parental figure to the feline creature. Sadly, when he was just 11 months old, Khan was wounded by a hunter’s trap, leading to his demise. Devastated by the loss, Harry became closed off to the world until Samantha was informed about another ocelot rescue a year after Khan passed.

The new feline, Keanu, brought a fresh ray of hope into Harry’s life. For the next eighteen months, he mostly stayed deep into the Peruvian Amazon rainforest and helped the kitten. After completing the program, Harry left Hoja Nueva after a disagreement with Samantha over his deteriorating mental health and her concerns regarding the same.

Where is Harry Turner Now?

As of writing, Harry Turner is still working a wildlife conversationalist. After his time with Keanu, he stayed in the United Kingdom with his family for eight months before heading to Ecuador as a volunteer for a reptile and amphibian conservation program. Today, Harry is affiliated with Emerald Arch, a US-based non-profit dedicated to safeguarding the Amazon rainforest and its biodiversity. The organization was formed in 2022 to educate future generations about the importance of biodiversity.

Also, Harry has his brand name, ReinKHANated, which is an homage to his first-ever rescue ocelot, Khan. Through this, he works as a conservationist, a photographer, an educator, and a public speaker. Given his struggles with mental health, the ‘Wildcat’ star likes to talk about the same with others in hopes of helping them. “Some men might be ashamed to feel vulnerable and seek help. I encourage them to seek a support system that feels right for them,” Harry shared with People. “For me, being in nature has been the best mental-health support. Eventually, I hope to help veterans with mental health issues, possibly by bringing them into the jungle so they can feel what I felt.”

Fans will be delighted to know that Harry is in a loving relationship with Lexie Gray, another conservationist from Seattle, Washington. The couple got engaged in June 2022 and celebrated their second anniversary in November of the same year. The two adore animals, and Harry is often eager to show off his dog, Mika, to the world. Besides, he seems to spend a significant amount of time with his family.

The recent release of the Amazon Prime documentary has left Harry pretty excited. The English veteran is excited to share his journey with Khan and Keanu and has been eagerly promoting the movie. He often wonders where the latter might be and is hopeful that the ocelot is doing well in the wild. “It would be almost impossible to know where he is now because he doesn’t wear a tracking collar,” he explained. “I’m hoping that he has moved on to a different territory and has created his own ocelot family.”