Samantha Zwicker: Where is Head of Hoja Nueva Now? 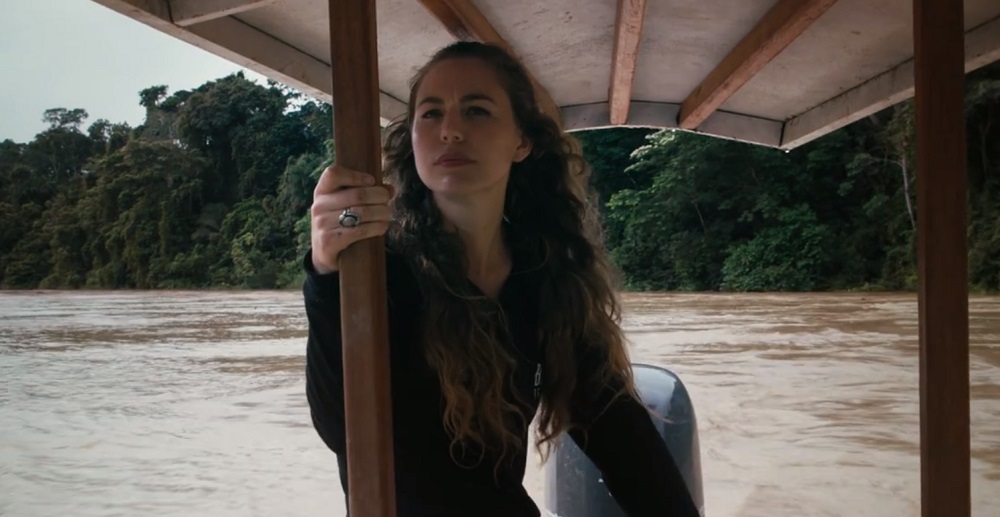 In Amazon Prime’s ‘Wildcat,’ viewers are taken on an eye-opening journey in the Amazon rainforest. The amount of effort put in by the featured conservationists to save wildlife and biodiversity is commendable and motivates the public to focus on crucial issues surrounding us. In the documentary, we are introduced to Samantha Zwicker, who leads Hoja Nueva and plays a massive role in saving rescue animals in Peru. Her journey with wildcat conservation depicted in the film is fascinating and has made many people curious about her current whereabouts. Luckily, we are to explore the same!

Who is Samantha Zwicker?

Hailing from Washington, US, Samantha Zwicker is a well-known ecologist who graduated from Bainbridge High School in 2009. From a young age, she had been interested in working towards wildlife conservation, though it had been wolves who were her primary concern in her initial years. Samantha has gained multiple degrees from the University of Wahington to further her expertise, including a Master’s Degree in Wildlife Conservation Ecology. Additionally, she has a diploma in Nonprofit management.

In the past, Samantha has had the honor of being a Panthera Small Cat Action Fund Grantee. In addition, she has earned the titles of a Wild Felid Legacy Scholar and an NIH Global Health Fellow. Rather than conventionally going through her doctorate, Samantha decided to work with animals in their natural habitat and provide a unique perspective in her dissertation. Soon, she was deep in the Amazon rainforest and was trying to safeguard as many animals as possible.

For Samantha, rescuing and rewilding Khan, her first rescue ocelot, was a monumental task. The success of this mission would have helped her organization, Hoja Nueva, to gain much respect locally. Interestingly, she and her team members could not find any protocols surrounding how ocelots should be educated about surviving in the wild. Hence, Khan’s presence was an uncharted territory that she was eager but cautious to explore. Khan’s passing greatly impacted her and her colleague Harry Turner, yet the duo soon had a new ray of hope after Keanu’s arrival.

Where is Samantha Zwicker Now?

As of writing, Samantha Zwicker serves as the Founder, Co-Director, and Ecologist for Hoja Nueva. Since Keanu’s rescue, the organization has kept up its good work and has saved 13 wildcats, including Kleo, their first-ever female ocelot. Interestingly, Hoja Nueva is the first-ever team to reintroduce a margay to the wild. To date, they have saved 119 animals, out of which 101 were apparently rescued in 2022. In the same year, they also reintroduced 65 animals to the wild.

The ‘Wildcat’ star is quite excited about the release of the documentary featuring herself and Harry Turner. Initially, the two had decided to make a self-filmed movie documenting Khan’s reintroduction. This was mainly not to expose him to unnecessary human contact. However, during Keanu’s rewilding, the number of cameras increased, though Harry remained the primary person to have any interaction with Keanu.

According to Samantha, she knows that the movie leaves a person in emotional turmoil, which she considers to be a good thing. “I just hope that people harness that emotion and put it toward a cause, maybe improving relationships in their lives,” the ecologist shared with The Seattle Times. “And, hopefully, people want to reach out and support what our cause is now and what we’ve been able to create at Hoja.”

Currently, Samantha is pursuing her doctorate in Quantitative Ecology from the University of Washington. Apart from the Amazon rainforest, she is working with the communities of Madre de Dios, Peru. Furthermore, the skilled ecologist investigates neotropical felid population dynamics and the human impact on threatened mammals; she uses camera trapping to get data. As for Samantha’s romantic life, she seems to be in a happy relationship with Dylan Joseph Singer, co-director of Hoja Nueva. The two have been together for about three years and share a love of wildlife preservation.