Has Anyone Died or Seriously Injured on America’s Got Talent? 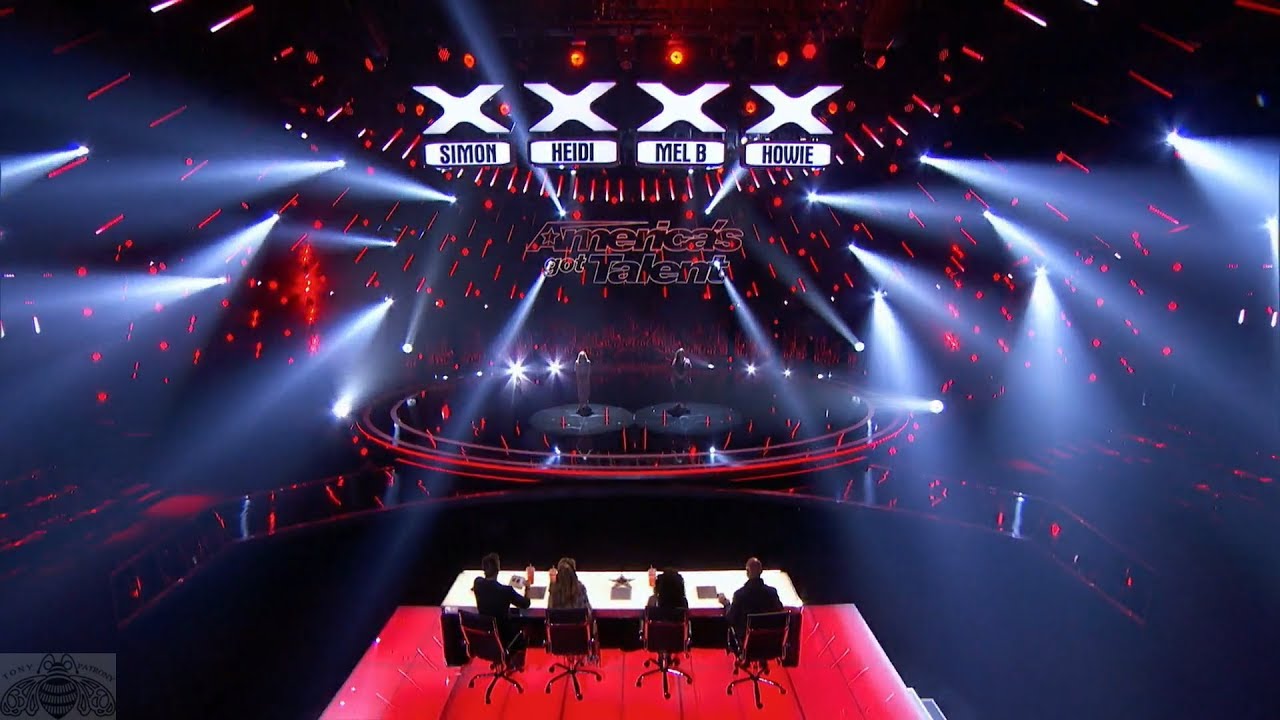 ‘America’s Got Talent‘ is one of the most revered stages for people from all walks of life to showcase their unique, stunning, and sometimes quirky talents. Created by the enigmatic Simon Cowell, the series is the American entry in the world-famous ‘Got Talent’ franchise and has entertained fans for over fifteen years. Contestants often perform endearing but risky stunts in order to impress the judges and move one step closer to winning the competition.

These jaw-dropping performances might make you wonder whether a stunt has gone horribly wrong and proved fatal for a contestant. If you are one of the viewers curious to find out if any contestants have met a tragic fate on ‘America’s Got Talent,’ we’ve got you covered! Here’s everything we know in that regard!

Has Anyone Died or Been Seriously Injured on America’s Got Talent?

The contestants on the show regularly perform stunts with sharp objects, fire, and various other dangerous items or props. However, thankfully no one has ever lost their life while performing an act. The contestants who dabble with risky art forms or stunts are usually trained in that particular field and have years of experience. That’s not to say that accidents cannot happen, but so far, the accidents that have taken place haven’t been fatal. Among the notable mishaps on the show is a performance from stuntman and sword-swallower Ryan Stock and his partner (and fiance) AmberLynn Walker. 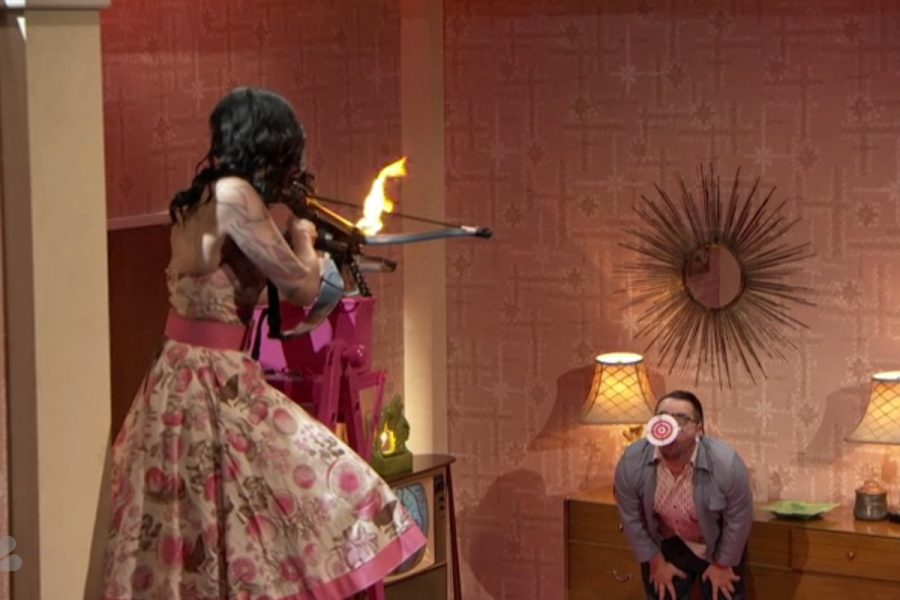 During the second quarterfinal round of season 11, the pair performed a stunt that involved AmberLynn shooting a flaming arrow at Ryan. AmberLynn’s aim was a rod swallowed by Ryan with a small target attached to it. However, the flaming arrow ended up hitting Ryan in the throat and shocked everyone, including the performers. Thankfully, the injury was only minor, and Ryan walked away from the incident mostly unscathed.

In an interview with People, Ryan Stock explained that he and his partner had practiced the stunt for months before performing it on stage. “We did this 10 times a day, every day for three months. We had no mishaps, and then we had a malfunction on stage during the live rounds,” Ryan said. Similarly, in season 13, the acrobat duo and husband-wife, Tyce Nielsen and Mary Wolfe-Nielsen, also experienced a scare on the stage of ‘America’s Got Talent.’ 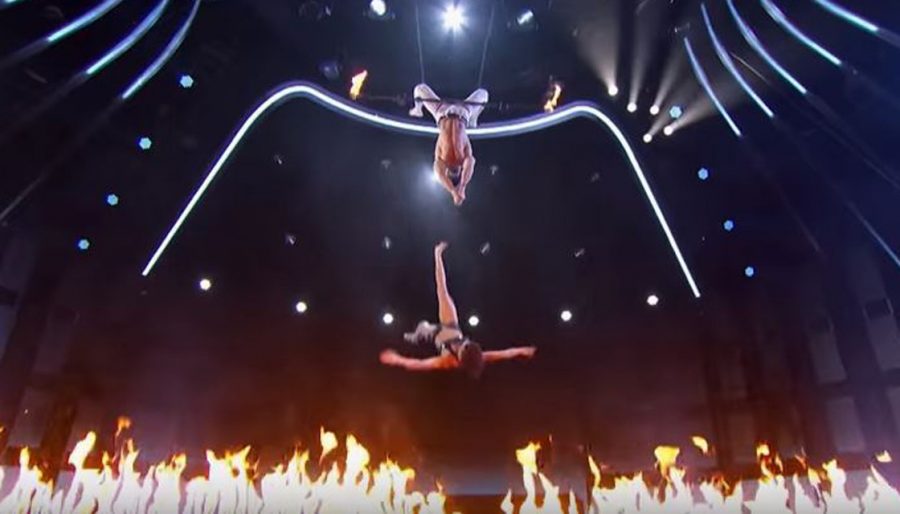 Towards the end of their Judge Cuts performance which involved various trapeze tricks with fire and blindfold, Mary slipped from Tyce’s hands and fell from a considerable height. Luckily, a safety mat was placed as a precaution, and Mary landed on it. On the companion series, ‘America’s Got Talent: The Champions,’ Ben Blaque, a crossbow performer, had judge Alesha Dixon pull random levers attached to five crossbows, one of which was aimed at his heart while Blaque attached himself to a target on a wall. After a couple of malfunctions, the judges deemed the act too risky and put an end to it. Simon Cowell noted that it could’ve ended in the show’s first death had they allowed the stunt to continue. You can check out the performance below.

Ultimately, the first two mishaps though shocking in the heat of the action, weren’t severe, and the contestants only suffered minor injuries, if at all. At the same time, the third incident proves that there is a high risk involved with the stunts. Therefore, as the show often reminds the audience, these stunts should not be imitated at home. However, you can at least tune in to ‘America’s Got Talent’ to experience more thrilling and death-defying performances.