Has Brian Laundrie Been Found? Where is He Now?

’48 Hours: What Happened to Gabby Petito?’ portrays the strange disappearance of Gabby Petito and charts the still-ongoing investigation into her murder. In June 2021, Gabby and her boyfriend, Brian Laundrie, set out on a cross-country trip. Although Gabby kept in regular contact with her family, the messages and calls suddenly stopped towards the end of August.

Surprisingly, in September, Brian returned home without Gabby, and just a few days later, Gabby’s remains were found in Teton County, Wyoming. With Brian being a major person of interest, the police reached out to him, but he had disappeared by then. Let’s follow the details of this case and find out if Brian has been found, shall we?

Has Brian Laundrie Been Found?

No, Brian Laundrie is still missing and hasn’t been found. After Brian and Gabby set out on their trip, the first signs of trouble showed up on August 12 when a police officer claimed that they had an “altercation.” On August 24, 2021, Gabby texted her family and told them that she and Brian were going towards the Teton range in Wyoming. This is the place where the police would later locate Gabby’s body. 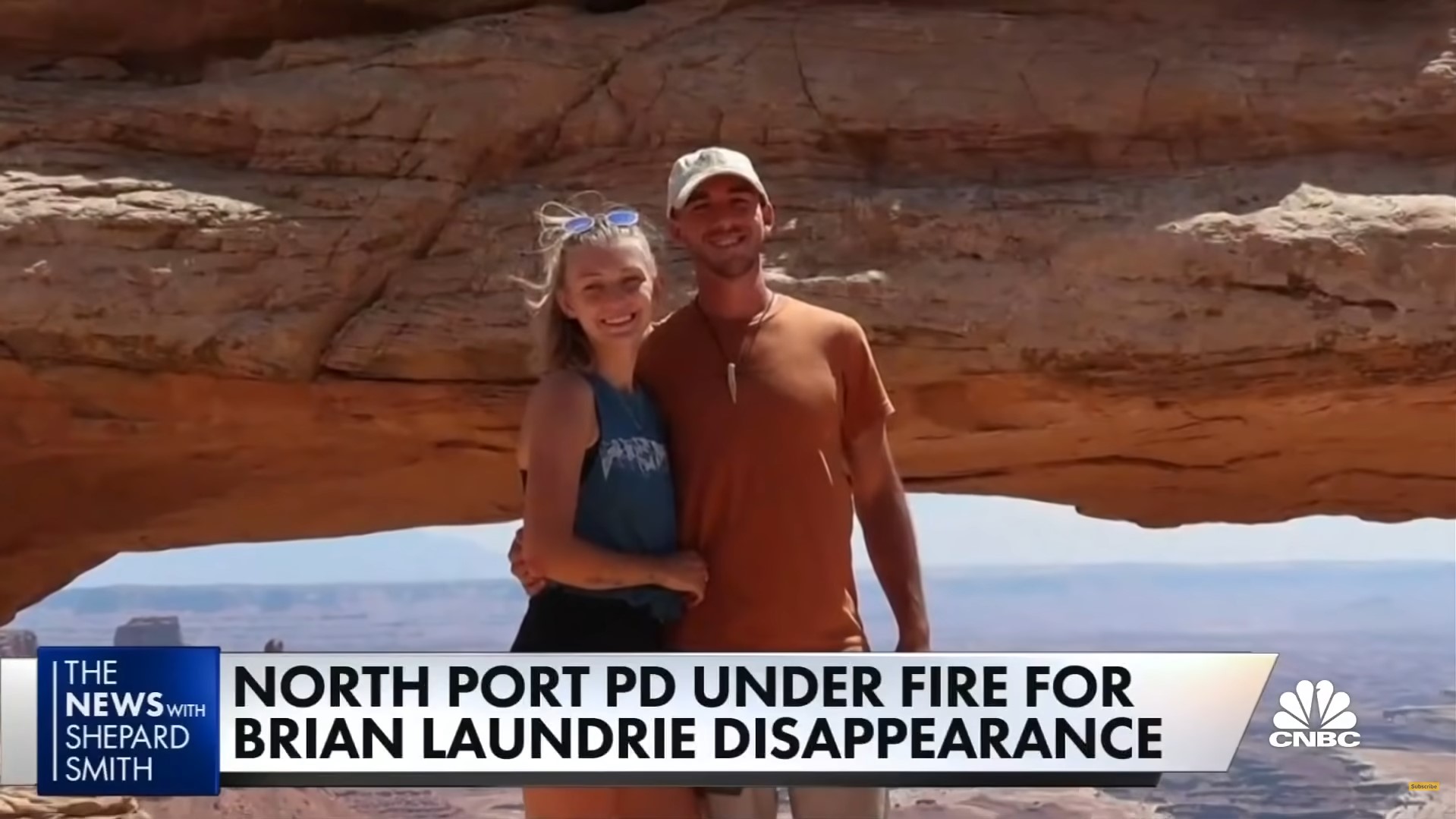 The victim kept exchanging texts with her family till August 30, although Gabby’s family believes that the last text, which claimed that Yosemite had no phone signal, was not sent by their daughter. Post-August 30, Gabby disappeared off the face of the earth and could not be contacted again. However, a woman called Miranda Baker later claimed that she and her boyfriend had picked up Brian from Colter Bay, Wyoming, as he was hitchhiking.

She even mentioned that Brian told her that he was camping by himself while Gabby was handling social media back at their van. Incidentally, Brian got off near Jackson Dam and was next seen when he returned home on September 1, 2021. Surprisingly, he did not have his girlfriend with him, and when Gabby couldn’t be reached over call or text, her family reported her missing. The Laundrie family then asked the police to talk directly to their lawyers. 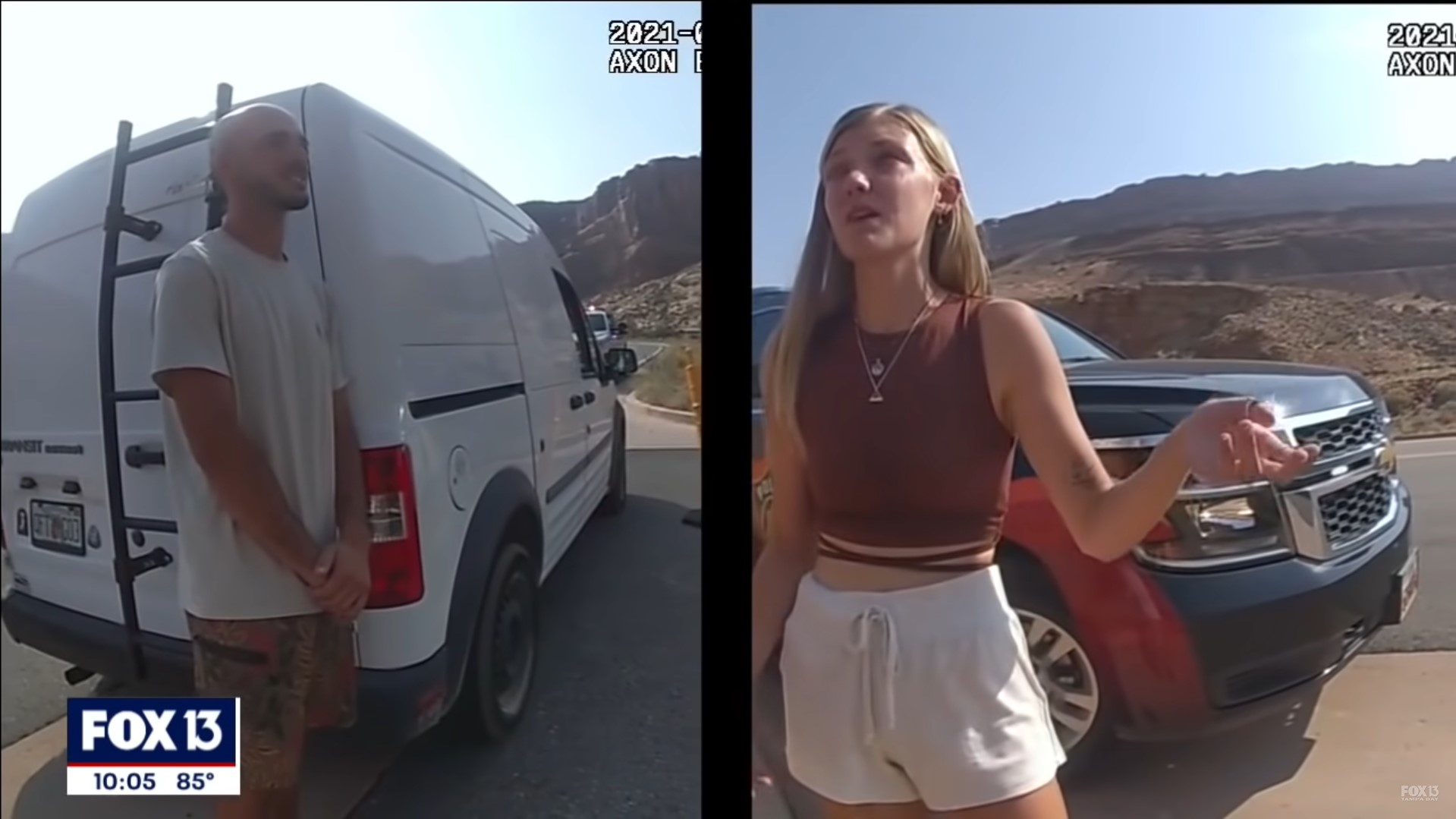 However, a few days later, they informed authorities that they hadn’t been able to locate Brian after September 14 since he left home without warning. With Brian being the main person of interest in the investigation, authorities launched a full-blown search for him. However, things took a darker turn when on September 19, the police discovered human remains in Teton County, Wyoming, which by September 21 were confirmed to be Gabby’s. With the case now turned into a gruesome homicide, law enforcement doubled their efforts to find Brian Laundrie but to no avail as of now.

Where Is Brian Laundrie Now?

Since Brian disappeared from his house in North Port, Florida, the police have received numerous tips about possible sightings. According to The Sun, reports have come in from multiple states, and one even claimed that he might be surviving on the Appalachian Trail. On the other hand, there are reports that mention that he was apparently spotted at a restaurant in Mexico, while others speculated that Brian had successfully escaped the country. Unfortunately, most of these tips turned out to be dead ends and did not lead anywhere. 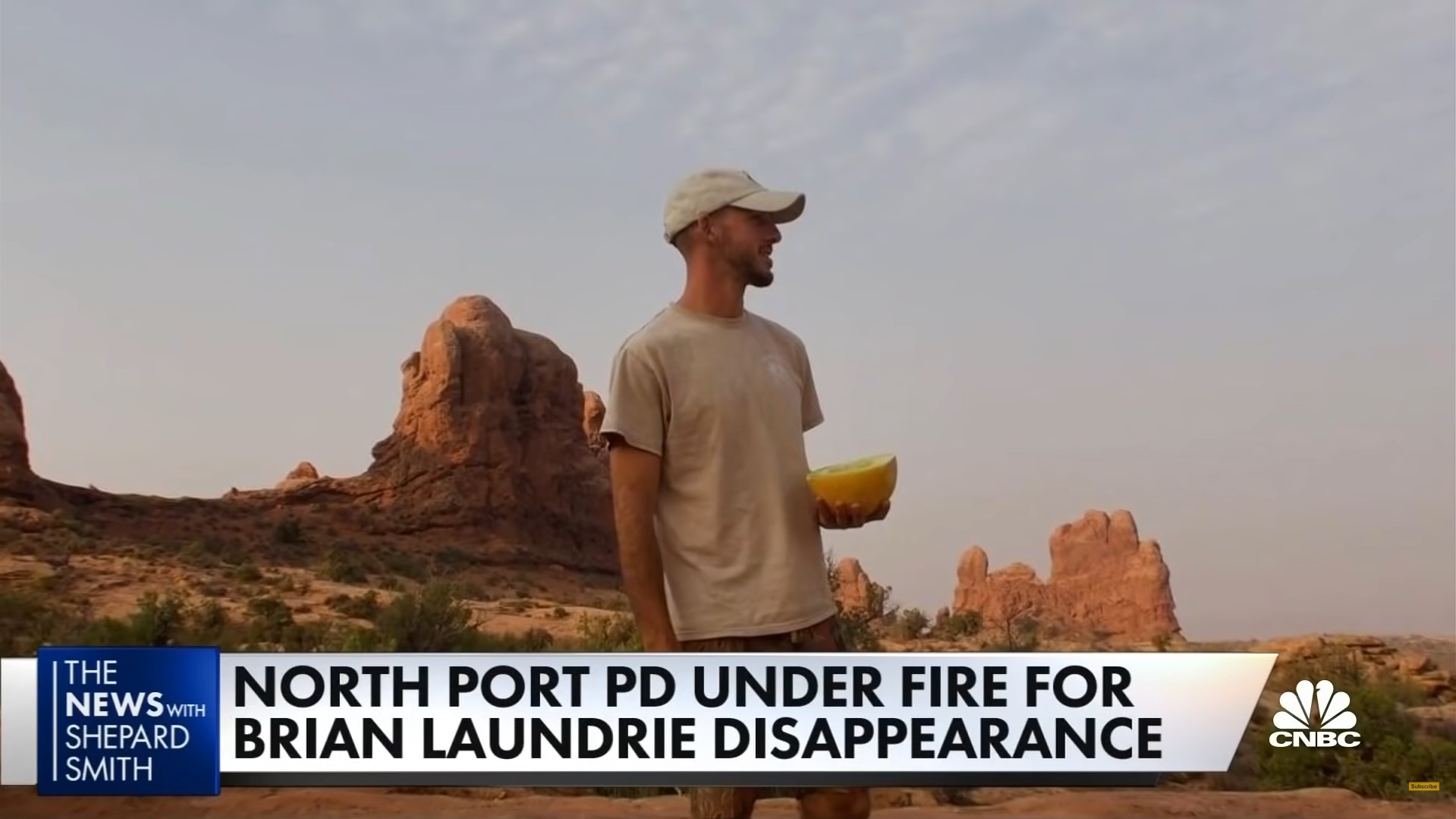 The police also believe that Brian Laundrie might be trying to survive at the Carlton Reserve in Venice, Florida. Although the police searched the massive natural reserve for days, they have thus far been unable to find any traces of Brian. Furthermore, while authorities searched the Carlton Reserve, there were speculations that Brian Laundrie had been finally caught. However, officials quickly addressed such rumors and stated that he was still at large.

On September 23, the FBI stated that between August 30 and September 1, Brian was found to be using debit cards that did not belong to him, and thus, an arrest warrant was issued in his name. Besides, experts have claimed that if Brian is indeed hiding out at the Carlton Reserve, he would find it incredibly difficult to survive.

However, the search for Brian Laundrie is still ongoing, and the police have urged anyone with any information to come forward. Moreover, there is also a $20,000 reward announced by Boohoff Law for any information that would contribute towards locating Brian. With the police officers putting their all into this case and the victim’s family struggling to deal with their loss, we hope the case reaches a swift conclusion.