Has Megan Boone (Liz Keen) Left The Blacklist? What Happened to Her?

‘The Blacklist‘ has a reputation of keeping fans on their toes and delivering revelations that not only shock the audiences but also propel the narrative forward in such a way that everything the audience thought they knew changes completely. Armed with such twists and turns, season 8 of the show has already proved to be more decisive than previous seasons.

The narrative has been further complicated by the absence of Liz Keen, who is one of the most important characters on the show. Liz’s disappearance has led many fans to believe that actress Megan Boone who plays the part, has left ‘The Blacklist.’ Is that really the case? Here’s everything we know.

Has Megan Boone Left The Blacklist?

Actress Megan Boone has been an integral part of ‘The Blacklist’ ever since the series first premiered back in 2013. She essays the role of Elizabeth “Liz” Keen and has been a main cast member of the show for all its seasons. Barring a brief maternity leave at the time of season 3, the actress hasn’t missed a whole lot of episodes, and her character is crucial in finding the answer to the most important question in ‘The Blacklist’ – Who Red really is? Liz’s quest to find the answer to this question has roped her into a conflict with Red, and her story is at a crossroads. 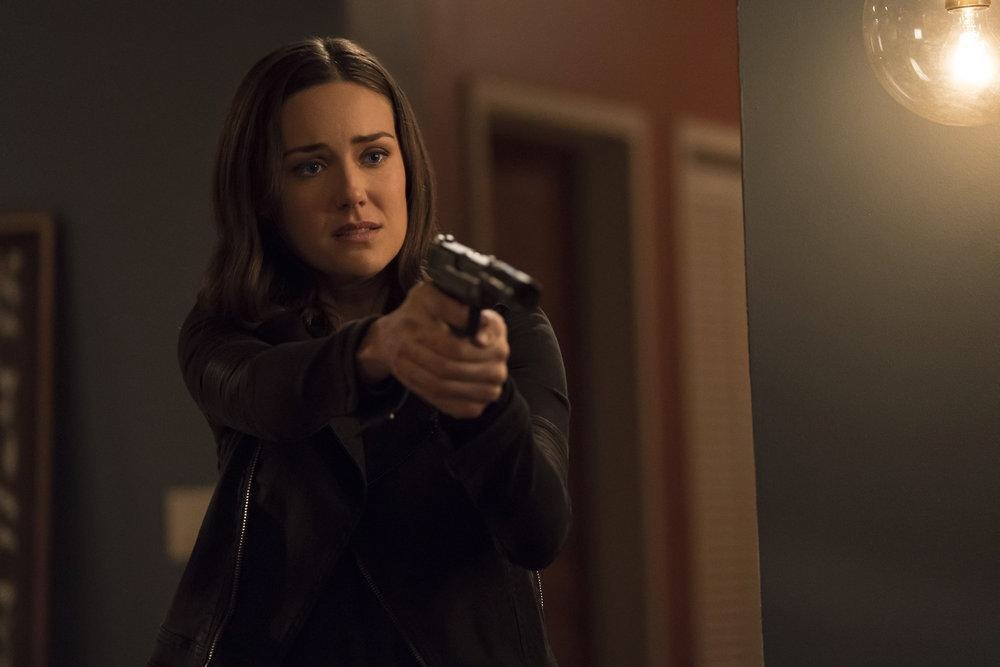 Amidst all the excitement induced by the mindblowing twists of season 8, Boone has been MIA for most of the season, especially in recent episodes. Therefore, speculations that the actress has left the series in the rearview began to feel true with each passing week. Fans of the show were particularly worried that Boone’s departure would mean that Liz’s story is left unresolved.

However, you can put those worries to bed, as Megan Boone is not leaving ‘The Blacklist.’ There has never been any indication from the actress, producers, or the network that Boone would be departing the series. The decision to use her character sparingly in the eighth season was likely a creative one. Boone will make her coveted return as Liz in season 8 episode 14 of ‘The Blacklist’ titled ‘Misere.’

What Happened to Liz Keen?

The reason Liz has remained on the sidelines for most of season 8 is that she has become the number 1 target on the Blacklist, forcing her to remain in hiding. Liz and Red (James Spader) began to drift apart because Red would keep secrets from her. In season 8, Red shoots Liz’s mother, Katrina, after which Liz turns against him. She plots revenge against Red, and her subsequent actions earn her the top spot on the Blacklist.  Liz goes on the run after stealing 35 million euros from Red in the fourth episode of the season. Red and the Task Force continually search for Liz, but to no avail.

After a few failed attempts, they eventually manage to locate and capture Liz in the ninth episode. However, as it turns out, the captured person isn’t Liz but a look-alike of hers. It is also revealed that Liz has been working with Neville Townsend, Red’s enemy. Although she doesn’t appear in the thirteenth episode titled ‘Anne,’ she makes a brief return in the final moments as a shocked Red identifies her as the person holding Anne, his lady-love, at gunpoint. It has been confirmed that the episode titled ‘Misere’ will reveal details about Liz’s time off the grid and bring her back into the bigger picture.