The title of the episode ‘Do No Harm’ is a reference to the famous Latin phrase “Primum non nocere” (first, do no harm), which is one of the most important principles of bioethics and often erroneously believed to be a part of the Hippocratic Oath. As Jonathan is the prime suspect in the investigation of Elena’s murder, we are led to believe that this is pointing out his actions on the night of the crime. And most part of the episode does focus on that. However, as certain revelations in the closing scenes demonstrate, it can equally apply to Grace as well. SPOILERS AHEAD.

The third episode of ‘The Undoing’ picks up straight from the previous episode’s final moment. Grace makes a frantic 911 call, claiming that her husband has broken into their home. The police arrive, take Jonathan into custody, and fly him back to New York City on a helicopter. The detectives, O’Rourke and Mendoza, do not travel back with their suspect. 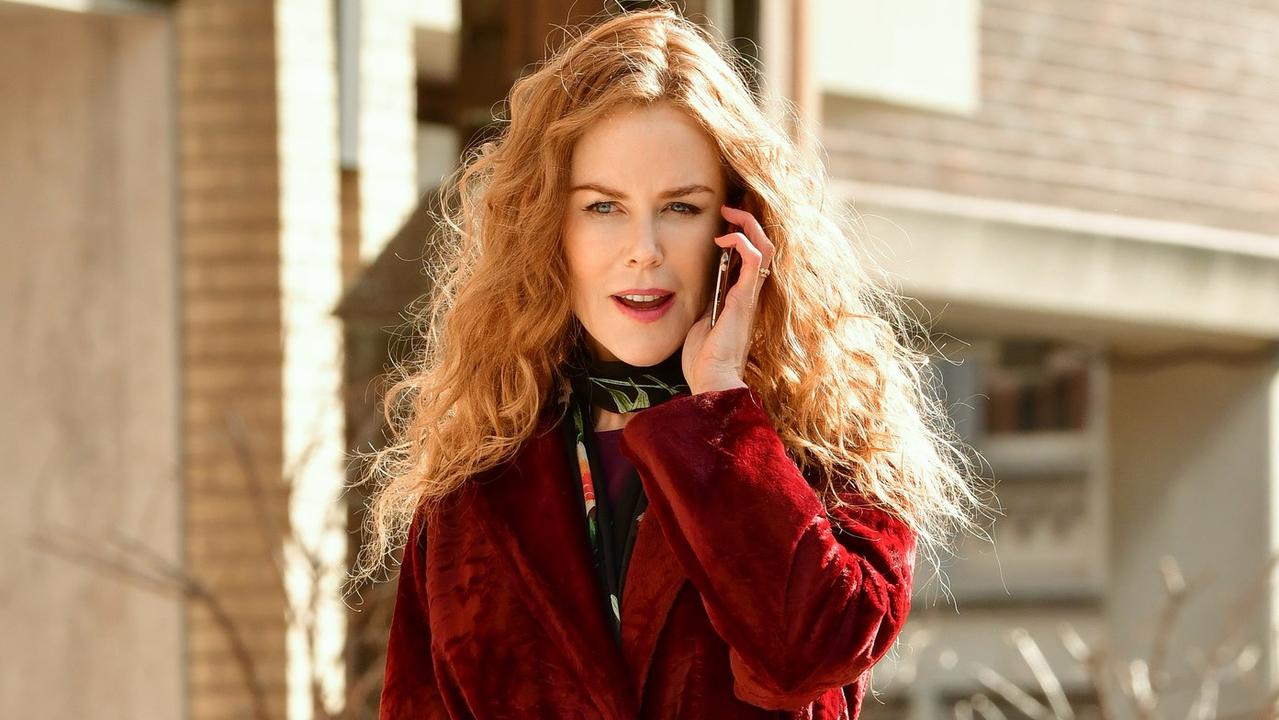 Instead, they stay there to ask Grace some pointed questions about the extent of her knowledge about the crime. Grace understandably becomes frustrated. After all, she has done what she is supposed to, that is, inform the police as soon as Jonathan makes contact with her. It is then that they reveal that Jonathon is really the father of Elena’s youngest child. 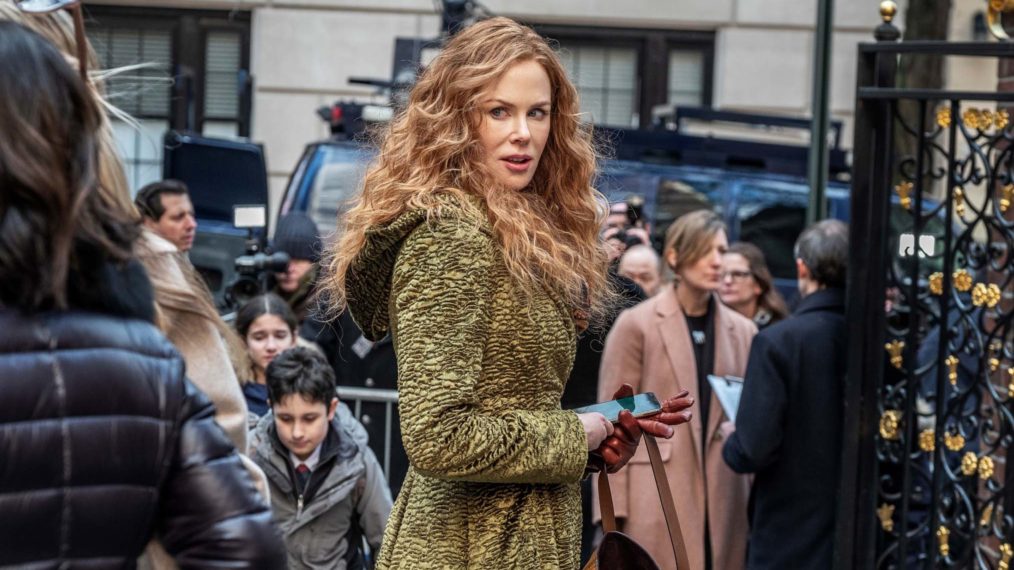 As he hasn’t been working for a long time, Jonathan can’t afford a lawyer and has been provided with a public defender, Robert Edelman (Douglas Hodge), whom Sylvia likens to a badger. “Good but not great. He just chews and gnaws.” Later, Edelman admits to his client that he would have preferred if he (Jonathan) was guilty, as that would have put him under less pressure. Catherine Stamper (Sofie Gråbøl), an old acquaintance of Sylvia, is serving as the prosecutor.

Sylvia tells Grace on the phone that her presence for the arraignment itself means that they are taking the case quite seriously. The trial has all the makings of a public spectacle. There are scores of people inside the courtroom, and the judge has allowed the filming of the arraignment, citing public interest. She subsequently sets Jonathan’s bail at $2 million. Adelman warns Jonathan that although doctors tend to be “a**holes” because “they get to be,” Jonathan can’t afford that any longer.

Adelman later meets Grace and echoes somewhat of a similar sentiment, telling her that while her husband is a “d**k,” he is no murderer. He adds that it is perfectly natural for a cheated spouse to presume that their husband/wife is capable of worse crimes, including murder. It seems that prompted by this interaction, as well as a devastated Henry later asking her whether she really believes that his father is guilty, Grace finally decides to visit Jonathan.

Jonathan Tries to Explain Himself 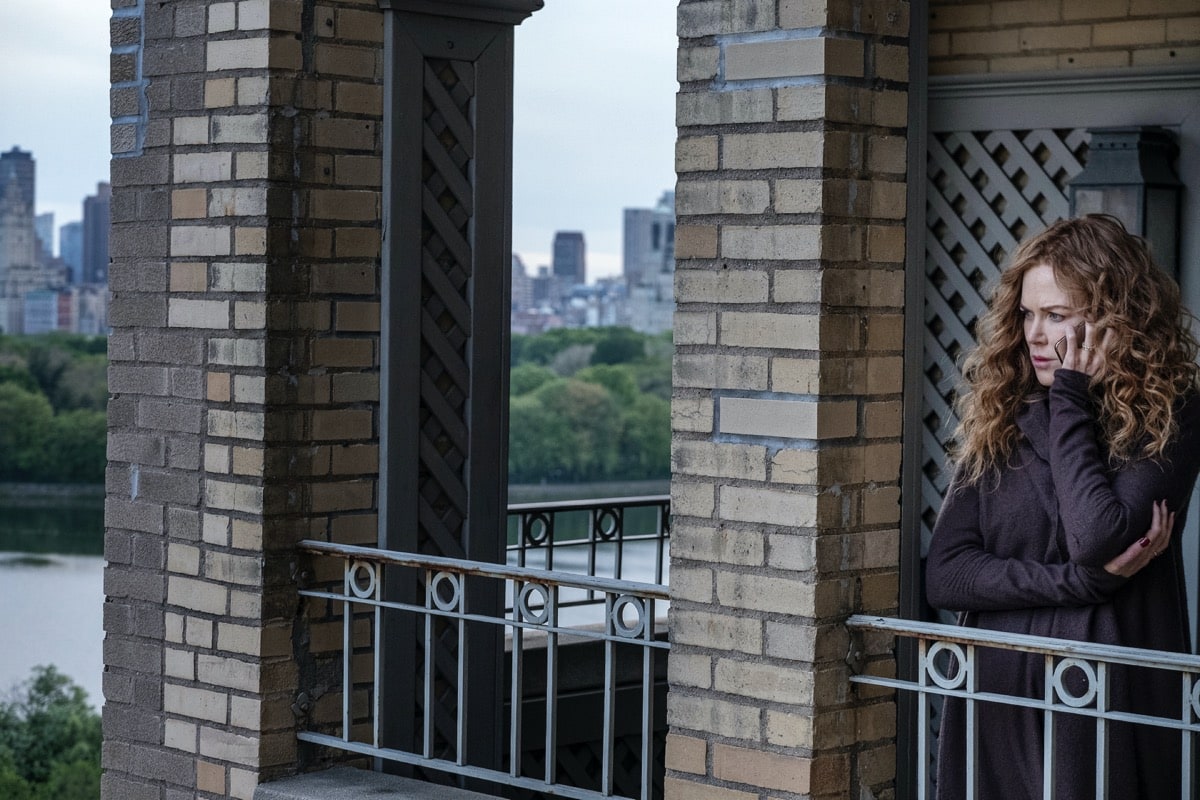 Although Franklin is adamantly opposed to the idea, Grace goes to see her husband. It is during this conversation that she unloads all her frustration and sense of betrayal on him. Jonathan tries to offer his side of the story, claiming that Elena had become obsessed with him and their family and pleads to Grace to bring Henry with her on the next visit. In the evening, over a game of chess, Grace and Franklin discuss the case. He tells her about a time when Jonathan asked him for some money under the pretext of paying for Henry’s school tuition.

Grace tentatively asks how much he gave him, to which he answers, $500,000. Franklin clearly believes that Elena was likely blackmailing Jonathan, and if he (Franklin) didn’t give him the money, she would still be alive. Henry becomes so increasingly agitated by reading and watching these horrible things about his father that Grace becomes convinced that she needs to take him to see his father. During their meeting, Jonathan reiterates what he told Grace earlier, that he was in Elena’s studio to confront her about how she is inserting herself in their lives and left before anything else happened.

Henry is acutely aware of the ramifications of his father’s indiscretions. When Jonathan says that he returned because he wanted his family back, Henry incredulously replies that they will never be family again. Jonathan tries to be his charming best so his son can have a modicum of comfort, but seeing his father again under these circumstances, only ends up traumatizing Henry.

Jonathan Gets a New Lawyer

Sylvia earlier told Grace that she should get a lawyer of her own as the police are going to come after her for more information. Her father later suggested Haley Fitzgerald (Noma Dumezweni), one of the best criminal attorneys in the city. She tells Franklin that she wants to hire Fitzgerald to represent Jonathan. When the two women meet, Fitzgerald tells her that the sole purpose for which people hire her is her ability to create “muck” or diversion in a case. At the prison, Jonathan gets into a brawl with a fellow inmate, making his stay there even more precarious.

The Ending: Who Killed Elena?

Throughout the episode, Elena’s husband, Fernando, is seen following Grace. He finally manages to approach her in front of her home. He has Jonathan and Elena’s daughter with her. The fact that he is still taking care of the child is quite remarkable, but her presence in her home clearly makes Grace uncomfortable. The two humiliated spouses of a cheating pair hurl accusations back and forth, showing that they both are very much willing to defend their husband/wife.

In the closing scenes, Grace goes to the police to report Fernando, demanding to know on what grounds they concluded that he did not commit the murder. Initially, Mendoza and O’Rourke simply maintain that they don’t have any evidence against Fernando. But Grace presses on, asking them if they have checked the CCTV cameras. The detectives look at each other and seem to have come to a decision. They then show her the footage that places Grace in the vicinity of the crime on that fateful night.

With this explosive revelation, showrunner David E. Kelley and director Susanne Bier turn the show into an elaborate whodunit. As Franklin told Grace only a few scenes ago, having an affair is human, so is hitting someone as an act of passion, but what happened to Elena is truly monstrous. It takes an obscene amount of hatred for a person to do what the killer did to Elena. If by any chance, Grace already knew about the affair and the degrees of Jonathan’s betrayal and Elena’s insertion into their lives, she is potentially as big of a suspect as Jonathan is.