Heather Elvis Death and Kidnapping: Is She Still Missing? 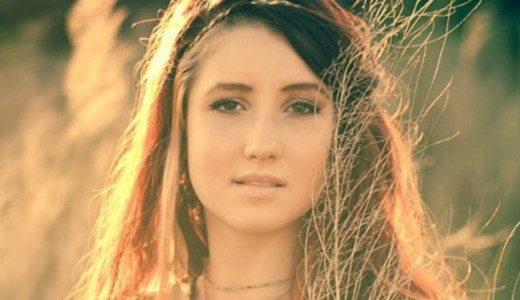 ‘Disappeared in the Darkness: An ID Mystery’ highlights the age-old missing case of Heather Elvis, which has seen new developments in the years after she went missing. It is a case that many in South Carolina are still familiar with. Like her family, all those who heard of her disappearance wanted to get to the bottom of the truth—what happened to Heather?

Heather Elvis worked as a waitress at Tilted Kilt in Myrtle Beach. She lived with her best friend and roommate, Bri Warrelmann. Before she went missing, Elvis was trying to get over her relationship with former boyfriend, Sidney Moorer. Moorer, who was married at the time, had broken it off with her two months before her kidnapping. However, it wasn’t all black and white like that.

Heather Elvis met Sidney Moorer, a maintenance worker who had been hired by the same restaurant she worked at. According to Bri Warrelmann, the two hit it off quite instantly. She also said that Heather was very much in love with Moorer. In September 2013, she tweeted, “Once upon a time, an angel and a devil fell in love. It did not end well.” The happy bubble didn’t last long as Sidney Moorer’s wife caught up with what was happening.

Once upon a time, an angel and a devil fell in love. It did not end well.

Tammy Moorer apparently got in touch with Elvis to express her displeasure at what she found out. This was followed by a series of threatening texts. Warrelmann said, “ When the whole thing was found out, it blew up like a bomb, almost. I mean Tammy was livid, texting Heather, she was sending Heather pictures of her and Sidney having sex. I personally never saw them because I told her I did not want to.”

After this, Tammy allegedly made Sidney call Heather to break things off with her. Based on what Warrelmann remembers, Sidney said some mean things that bordered on Heather being someone he had just used for sex. In any case, even though they both ended their relationship, Tammy continued to message Heather, often harassing her. It grew to a point where Tammy Moorer called Heather’s workplace to tell them that her husband would no longer work there if Elvis was employed there.

The Disappearance of Heather Elvis

Heather Rachelle Elvis went missing on 18 December 2013, after she returned from a date. Just prior to this, Heather had allegedly started moving on from her toxic relationship with Sidney. She had even landed a new job at a beauty parlor. At the time, she had put on weight, and feared that she was pregnant. The one test she took, according to her manager, showed an error.

In any case, on 17 December, she went for a date with Steven Schiraldi. She even sent pictures of her driving his vehicle to her father. Schiraldi dropped her back after 1 AM. According to investigators, a call was placed from a payphone to Heather’s phone soon after. After this, Elvis called her friend Warrelmann, who was visiting her family, to tell her that Sidney had called her, asking her to meet him. Elvis was apparently very emotional on the call. This would be the last time that anybody would hear from her.

On 19 December 2013, her vehicle was found at Peachtree Landing, which is 8 miles from her residence. Though a set of bones were found in the nearby area, they were identified as belonging to a man. Cell phone data showed that Heather had called Moorer, which went unanswered. The security camera footage found further evidence. Sidney was entering Walmart to buy cigars and a pregnancy kit. In addition, the police were able to find out that he had indeed made a call from a payphone. Furthermore, his truck was found to have traveled back and forth to Peachtree Landing, where Heather was last traced as per her cell phone records.

The first arrests were of two individuals who were booked for obstruction of justice. They had posted misleading information about the case online. The publicity of the case grew exponentially, and Sidney Moorer claimed that he was threatened with weapons by unknown individuals. In any case, after the police conducted a search of their house, both Sidney and Tammy were arrested based on several sexually explicit pictures they found of the couple having sex in public places. Obstruction charges were also placed on Sidney. The Moorers posted bond money as demanded by the court.

In 2015, the couple was released from jail after being held for 11 months. There was no direct evidence linking them to the crime. They were also granted permission to move to Florida to find jobs. In 2018, Tammy Moorer was found guilty of kidnapping and conspiracy to commit kidnapping. After the release of a video in which the couple can be seen cleaning the alleged truck vigorously, days after Heather went missing, suspicions grew to a cliffhanger. In 2019, Sidney Moorer was found guilty of kidnapping and was sentenced to 30 years in prison.

Has Heather Elvis Been Found or is She Still Missing?

Unfortunately, though the closest two people who had been suspicious from the start are now behind bars, nobody has found Heather Elvis or her body. The Moorers haven’t stated anything that could provide a possible lead to retrieve Elvis, in whatever state she may be. Though many assume that she was killed, there is a hope that she might be alive as no evidence has been found. However, her parents remain distraught at the lack of closure. (Feature Image Credit: Soapboxie.com)

Read More: Where Are Tammy and Sidney Moorer Now?