Will Aidan and Clare End up Together in Hello, Goodbye, and Everything in Between?

‘Hello, Goodbye, and Everything in Between’ is the story of a relationship that has its expiry date set even before it begins. It follows a day in the life of Clare and Aidan who celebrate their wonderful relationship before parting ways with each other. After spending a memorable year together, they feel like they are ready to say their goodbyes. But things only seem to get more complicated as past memories surface and they are forced to confront the reality of their situation. Throughout the film, the only thing that we, and other characters in the film, can think about is whether or not they will make it work. Here’s what happens to them in the end and what it means for their future. SPOILERS AHEAD!

Hello, Goodbye, and Everything in Between Plot Synopsis

Clare is focused on her future. She doesn’t want anything to distract her from her goals. She doesn’t want anything in her life that’ll tie her down and stop her from exploring her life like she wants to. So, when she meets Aidan and feels that there is something between them, she comes forward about her intentions to end any romantic connection that she might get involved in during school before she goes to college. Aidan agrees to make a break-up pact, where they’ll split amicably on their last day.

Things are easier said than done when it comes to going their separate ways without breaking anyone’s heart in the process. On their last day together, Aidan takes Clare on a trip down memory lane, hoping to convince her to give their relationship a chance. But Clare is hell-bent on sticking to her original decision, even though the whole of her heart feels like going in the other direction.

Hello, Goodbye, and Everything in Between Ending: Will Aidan and Clare End up Together?

It was clear from the beginning that Clare and Aidan have something special. Their click right off the bat and even on the day that they declare would be their last, they can’t deny that they have feelings for each other. Even though she tries to keep her emotions in control, Clare admits at the end that she loves Aidan. However, it seems prudent to part ways because their careers are taking them in different directions. Clare is off to Dartmouth, while Aidan is in LA. So, they split up.

After spending a few months not talking to each other, Clare finally reaches out to Aidan, congratulating him on his new song. This leads to a back and forth on text. Eventually, Clare invites Aidan to meet him back in town over the summer. In the last scene, we find him waiting for her in the park where their story began.

It is clear from Clare’s excitement to see Aidan that she is still in love with him. She had wanted to take some time for herself, and figure out what she wanted. She got it in the first year of her college. She was not held back by anything or anyone. She’d expected that the day they last saw each other would indeed be the last time they’d talk to each other. She was convinced of the finality of the fate of their relationship. But when they start talking again, they fall right back into the place they’d carved for each other when they were together.

Back then, everyone told them that they were too perfect together to break up. It might have seemed too good to be true back then, but now, Clare knows herself and her feelings better. As for Aidan, he always wanted them to be together. Considering that he is there when she calls, it looks like he still has feelings for her. So, should they both agree to act upon their feelings, they might as well end up together. They’ll have to brave the struggles of a long-distance relationship, but they have come a long way from the people they used to be at school. And who knows, they might find a way to make the long-distance thing work after all.

Why Aidan and Clare Won’t End up Together? 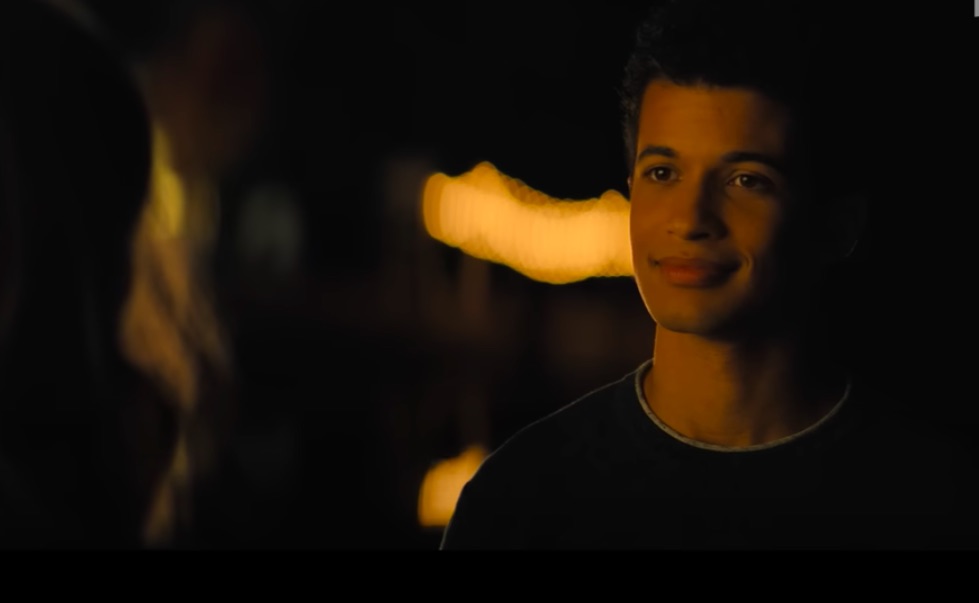 The curious thing about the ending is that it gives the viewer hope, but it doesn’t leave us with a concrete answer. As far as is evident, Clare and Aidan are on speaking terms again. So much so, that they agree to meet once they are both back in town. However, that’s the last we see of them. Does this guarantee that they will have their happily ever after? No. In fact, the situation is still the same for them.

The reason Clare hadn’t wanted to take her high school relationship to college was that she knew the distance would create a problem for them. As long as they were together, things were great. But once apart, their situations would be different, their friends would be different, and their lives would be different. She couldn’t expect things to stay the same. And even though a year has passed and both of them have had a shift in perspective, the overall situation hasn’t exactly changed.

Let’s say they were to get back together again, the problem of long-distance would still be there. The distance between Dartmouth and LA is still too much for a weekend trip. And things would only get busier for them as time passes. They won’t be able to see each other as much as they’d like, and the relationship would only hold them back from pursuing something geographically closer to them. Hence, as Clare had previously predicted, being together wouldn’t help their cause, no matter how much they loved each other.

While the final scene of the film shows Clare and Aidan’s reunion, it doesn’t show that they have found a way around their problems. It only shows that they are, at least, back to being friends now. There are still a few years before they can think about being in close proximity to each other and pick up their relationship where they left off. And while a few years might not seem like a lot of time, there is a huge possibility that they will meet different like-minded people, with whom they’ll actually have a chance to have a real relationship. The only silver lining is that they’ll still be in each other’s lives as the best of friends, rather than being each other’s exes that they never talk to again.

Read More: 7 Movies Like Hello, Goodbye, and Everything in Between You Must See