Review: He’s All That is as Cringe-Worthy as it is Unnecessary 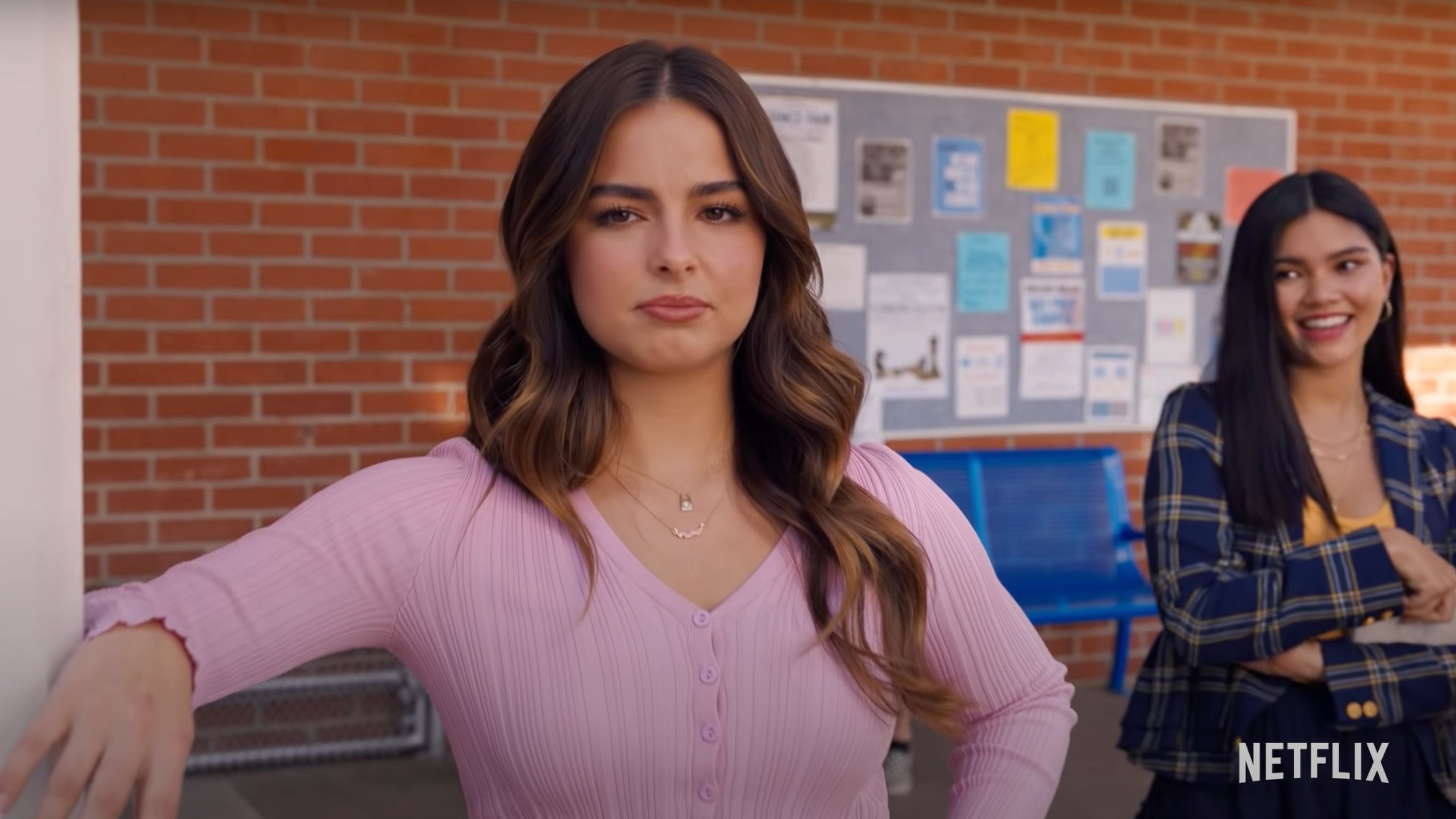 Remakes have become a constant occurrence in today’s content-obsessed world. Since there isn’t much originality to be found anywhere within the mainstream horizon, filmmakers have retorted to reshuffling, updating, or simply rehashing old ideas. While the idea that becomes the foundation of Mark Waters’ “He’s All That” comes from a lineage of source material being adapted and updated, his modern-day remake and a generic gender swap on 1999 teen favorite rom-com “She’ All That” is as unappealing as the numerous updates on the said social media apps. It’s both unnecessary and serves no purpose whatsoever.

When I talk about a lineage of remakes, let’s trace this debacle back to its source. The 1999 teen rom-com was, in fact, inspired by the 1964 George Cukor film “My Fair Lady” which was also adapted from George Bernard Shaw’s play called ‘Pygmalion.’ With these consequent versions of the same basic story, the common thread was always with the human obsession of changing another fellow human into something they associate with being a better version of themselves.

While the Robert Iscove 1999 film was obsessed with on-floor school popularity, Waters’ 2021 upgrade is obsessed with followers. This is only accurate since the contemporary world is currently obsessed with it too. So much so that the Gen-Z has been conditioned to believe that if they don’t have a social media presence, then you simply don’t exist.

Coming to the film itself, “He’s All That” stars Addison Rae as Padgett Sawyer. A young, dedicated girl who is earning her way through high school and dreaming of getting her college fee by being a social media influencer who helps people ‘makeover’ their life. The opening montage shows her waking up, getting on a wee bit of makeup, before reawakening for her followers. Her mother being a single parent is doing her best to keep things going. But beyond the closed doors of her, she is living a lie.

Her privileged, rich friends don’t know that she doesn’t live in a posh house and is actually struggling to keep things going. Anyhow, that’s not the point the film stays on for more than a few seconds. The main focus takes us to Padgett’s college and then to her boyfriend – a very popular dude who is shooting a music video somewhere in the city. As Padgett surprises him on set streaming live, she ends up getting humiliated and heartbroken when she gets to know that he is cheating on her. Now, the film again doesn’t revel in these moments and quickly moves on to Padgett becoming the butt of all jokes and memes that are made out of her vulnerable moments.

Parallelly, we are also introduced to Cameron Kweller (Tanner Buchanan), a cynical, anti-social young man with a slacker-like persona. In a complete polar opposite to Padgett’s personality, the dude has long hair, wears a beanie, keeps an old-school phone, likes horses and photography, and is the least bit interested in going to college or making acquaintances with the screen-obsessed folks.

It is here that the film takes it upon itself to randomly let Padgett’s friend Alden’s (Madison Pettis) challenge her into transforming this shaggy dude into the prom king in less than 6 weeks. Padgett, who has just lost her sponsor (a one-note Kourtney Kardashian) because of going viral for the wrong reason, is desperate to get back into her ‘makeover’ state.

The rest of the film plays out exactly as you anticipate. Of course, Padgett and Cameron get attracted to one another in spite of there being no connective tissue between them. Of course, Pagett will try her best to keep her fake facade going, until well, she simply can’t. And of course one of her friends will uncover some truth about her so that the film dives into its most urgent conflict.

What we as viewers don’t know is just how bland and unconvincing the film can be. We all know that social media has become a really important tool to explore teenage issues these days. Films like Eight Grade (2018) take the next step of exploring its impact and unfathomable weight on young minds, while slight diversions like The DUFF (2015) also manage to do the needful by actually signaling out how it is shaping lives. He’s All That does nothing with its premise. More so, the central arc, written by R. Lee Fleming Jr. ( a middle-aged man) is so far removed from these young people’s reality, that its idea of ‘putting your phone down and looking at the world through your eyes’ feels like a misstep.

The two titular characters have shared grieves of having lost their parents, but the actors never manage to make their chemistry feel palpable. Lead actor Addison Rae is not a professional actor but a TikTok star. She never digs into Padgett’s vulnerability and pathos which makes the character feel like a cardboard piece left for the viewer to draw on. Tanner Buchanan does a little better but the impact is swayed away due to lack of screen-time. The only actor who shines here is Isabella Crovetti who plays Cameron’s younger sister Brin.

One of the major flaws in the film has to be the editing by Travis Sittard. He is so obsessed with fast cuts that you merely stay with one character for seconds. This doesn’t just dilute the impact that a sequence can make, but also completely messes with a viewer’s idea of engagement. The re-done version of the dance-off towards the end is just awful and takes away a lot from Usher’s original version.

The only redeemable quality that the film has is how it updates the glaring and problematic outlook of the original. The 1999 film objectified women and even normalized harassment by playing it for laughs. He’s All That clears itself off from these issues, even though it does mansplain to its lead character that she should just remove her makeup and let her real beauty become visible. But I would let that one slide. Other than that, “He’s All That” is a stilted romance that relies too much on elements that are nowhere to be found.