HGTV’s Albie Mushaney: Everything We Know 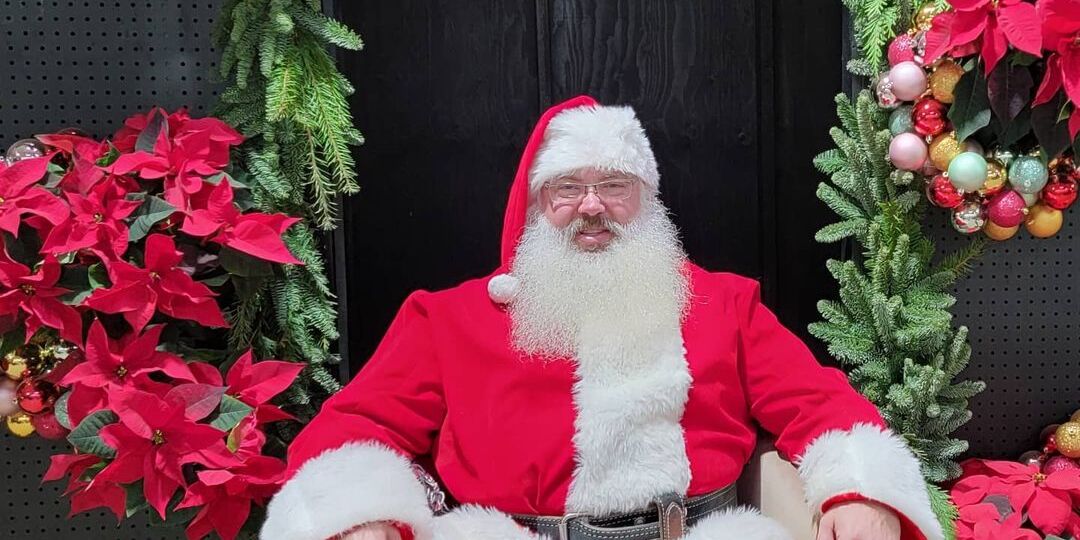 Albie Mushaney, also known as Big Bad Santa, surely dons many different hats – he is a realtor, professional bodybuilder, and an impeccable Santa impersonator. He is well-known as the host of the popular HGTV reality TV series ‘You’ll Be Home For Christmas’ and ‘House Hunters Ho Ho Home.’ Both the shows document Albie helping those who are buying a house for the first time get their dream home in time for the holiday season. With help from Mrs. Claus and his team of “Swelves,” Big Bad Santa adds his special festive touch to the new houses like a fully decorated Christmas tree with presents and holiday decorations.

Albie’s gentle giant demeanor and jolly behavior have made him a favorite among viewers. Moreover, his and his team’s ability to magically transform people’s new homes into Christmas wonderlands in time for the holidays is something fans absolutely love. Naturally, they are curious to know the real man behind the Santa suit. So, here is everything we know about him!

Born and raised in Salem, Oregon, 48-year-old Albie Mushaney was the strongest high school student in the state during his senior year in McKay High School. He grew up with his parents and an elder brother, but unfortunately, his father and mother passed away in 2017 and 2021, respectively. After going through a problematic phase on the home front, Albie turned his focus on fitness and became a known face participating in several powerlifting competitions in the ‘90s.

In 1999, Albie won the Oregon State Championship after transitioning to strongman contests. However, the birth of his daughter caused him to take a fifteen-year hiatus from professional bodybuilding, as he chose to devote his time to his growing family instead of training for competitions. The years-long hiatus caused severe weight gain for Albie.

By December 2014, when Albie’s youngest son was born, he weighed about 400 pounds. That was a huge wake-up call for him as he was dependent on his children even for basic things like putting on his shoes and socks. Looking at his newborn son made Albie realize that he had to be in shape by the time he turned 60, as that is how old he would be when his son graduates high school.

Albie’s naturally full and white beard adds a unique touch to his persona, and hence, he decided to become the world’s strongest Santa. Albie began documenting his fitness journey on his Facebook page and started rigorous training for competitions once again.

Albie had been competing in Strongman events since 2015 and went on to participate in the world championships in 2017. Unfortunately, in 2019, he got disqualified from the event due to a severe knee injury. Though disheartened, he chose not to give up and kept up his positive attitude and Santa’s personality to entertain his fans.

For quite some time now, Albie has been appearing as Santa in holiday parties for his high school friend Tony Blosser at Dallas’ Zachary Steele Agency. He began doing that for free, purely as an opportunity to bring a smile to the faces of children from low-income families. In his first year at the championship, Albie even cheered up adult athletes in his Santa getup by getting photographs clicked with them, despite not making it to the finals himself.

Albie’s optimistic nature and encouragement from his fans made him overcome the failure of the 2019 championship, and the Big Bad Santa made a commendable comeback in the 2020 World Championships. He is currently ranked as the 18th strongest man in the world older than 40 years of age, thus becoming an inspiration to many. Till 2020, Albie worked as a prison guard at the state prison. However, he quit and became a real estate agent after he and his wife enjoyed setting up their new house. So, he decided that it was something he wanted to do professionally.

Albie felt that it was more rewarding to give people the exciting experience of owning a home than working in prison. Thus he helped various clients in Oregon acquire homes. Albie’s TV journey began when Disney contacted him in 2019 for a live-audience program called ‘Amazing Feats of Christmas.’ Due to the pandemic, the show didn’t materialize, but the producers contacted him yet again in 2020 for HGTV’s ‘You’ll Be Home For Christmas,’ as he was then dabbling in real estate. Upon the show’s original premiere on December 18, 2020, Albie rose to fame due to his sense of humor and talent.

Albie AKA the Big Bad Santa found his Mrs. Claus in Jesse, his wife of many years. Before meeting Jesse, Albie had undergone a messy divorce in the ’90s that had apparently left him homeless. Things became better when he met his better half, Jesse, who supported him through all his ups and downs.

Albie and Jesse share a loving bond and have five children together – a daughter named Hope and four sons Zeke, Jack, Magnum, and Mcgregor Thor. The happy family leads a humble life and has four cute dogs. Albie is a hands-on father and often shares sweet videos and photos with his children on social media.

Albie and Jesse appear together on ‘House Hunters Ho Ho Home’ as the adorable Big Bad Santa and Mrs. Claus. The couple even attends several Christmas charity events. Additionally, they run an organization called Operation Big Bad Santa, which helps raise funds to buy Christmas presents for children of wounded war veterans. There is no doubt that Albie Mushaney thoroughly enjoys what he does and loves that his passion actually pays him.