HGTV’s Kim Myles: Everything We Know 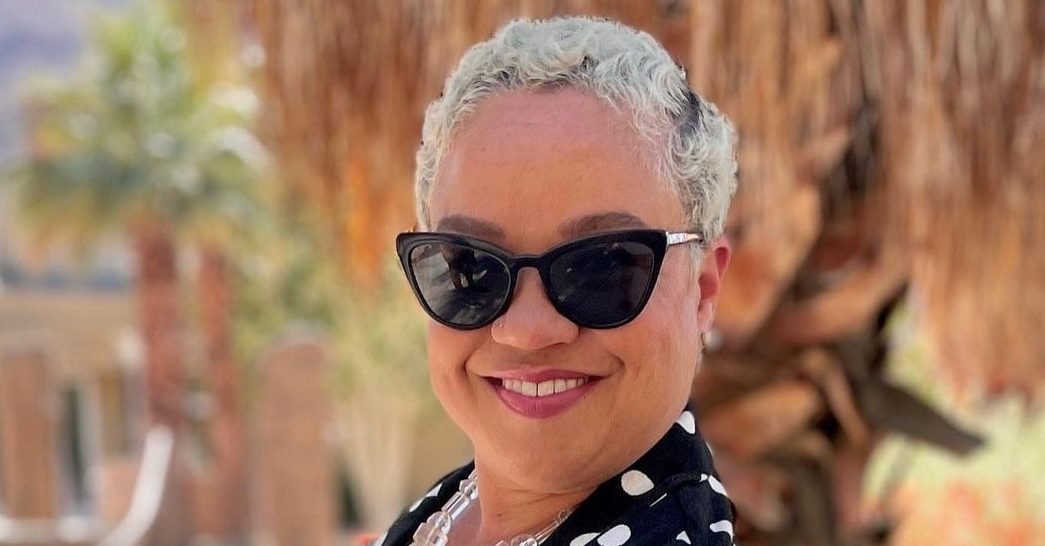 Luxury homes and a burst of bling can be the perfect combination for people to watch on reality television. This is exactly the motive of the HGTV show ‘Battle of the Bling,’ which features unconventional and flashy homes competing for the winning title of the “blingiest house,” along with a 5-foot-tall Blingy Trophy. The primary objective of the reality show is to locate and evaluate the 15 most outrageous, flashiest, outrageously daring, and over-the-top residences in the nation as nominated by the homeowners themselves. The quirkiness and themes could range from ‘Game of Thrones’-inspired areas to 70’s themed hot pink retro dwellings.

The homes would be evaluated on their flashiness and originality by judges Keith Bynum, Jackie Seigel, and Alison Victoria. As the home-owners bank on the idea of featuring in HGTV Magazine, viewers get a good glimpse of “shockingly extra” homes, which are toured by hosts Todrick Hall and HGTV designer Kim Myles. Here, host Kim Myles brings in her knowledge and experience of working in home and interior designing, along with her bling attitude, which garners her recognition. Thus, as her growing fanbase must inevitably be getting curious to know more about her, here’s what we found out!

Born in 1974, Kim Myles is a 48-year-old designer and hustler, hailing originally from Bakersfield, California. She belongs to a loving and caring family, where she especially had a close relationship with her father and grandmother. In numerous occasions or interviews, Kim has talked about her childhood with her father, adding that her first hairstyling experiment was also with her father. She fondly mentioned that at the age of 12, she first cut someone’s hair (her father) which made her love the work. Later, she turned her passion into a full-fledged profession.

Kim also once talked about her strong, kind, and creative “Grandmama,” who was her role model growing up and who she aspires to be like when she reaches her age. The colorful upholstery patterns at her grandma’s house were also where her love for patterns first began. Kim is on great terms with her cousins and extended family and loves to reminisce about her childhood with them all. She attended Curran Jr. High School in Bakersfield and then pursued Performing Arts in college to try her luck in the field of acting.

After graduation, Kim Myles lived across the country, from New York to California, hustling her way to become an actor. While doing so, to sustain a living, she took up professional courses in cosmetology and hairdressing and later started working backstage in the hair and makeup department for TV. Due to her determination and hard work, Kim soon became a licensed hairdresser and began working in New York (Crown Hair, NYC) and California. She tasted fame after emerging as the winner of season 2 of HGTV’s ‘Design Star’ in 2007, where her design talents came to light.

Subsequently, Kim got her own home designing and renovation show, HGTV’s ‘Myles of Style,’ which she continued for three seasons. Kim also hosted two seasons of ‘America’s Biggest Yard Sale’ and many other similar shows like ‘Home Made Simple,’ and ‘HGTV Showdown.’ She created her design brand, Kim Myles Studios, Inc. Kim ventured into the cannabis industry to research it thoroughly before producing and hosting the trailblazing cannabis dispensary makeover series ‘High Design’ on Discovery+. Her cannabis enthusiasm also made her a founding member of the board of the Cannabis Media Council.

After their successful venture together in the former show, Kim teamed up with fellow designer, Kelley Moore, to launch their commercial design firm MYLES MOORE. She is now an Emmy-winning designer who has been featured on numerous platforms like The New York Times, Elle Decor, Better Homes & Gardens, People, etc.

Kim Myles married graphic designer Scott Myles in March 1997, and the adorable pair has since been with each other through all phases of life. They reportedly celebrated their 25th wedding anniversary in March 2022 and have had a dog named Ms. Maizy Myles since November 2020. The couple has, over the years, also ventured into some businesses, one of which was an ice cream shop called 5 Boroughs Ice Cream in New York City. They invented some of the unique flavors; it went well for a while before they began receiving backlash for a controversial flavor called Staten Island Landfill.

Consequently, after two years of operation, Kim and Scott closed the business in 2009 and moved to the sprawling South Californian city of Los Angeles for Kim to star in her own design show. The couple loves adventures and exploring different activities in their downtime, apart from spending time in New York with their dog. Thus, as the iconic designer and cannabis connoisseur goes about exploring new projects, we only wish her more love and success in the future.