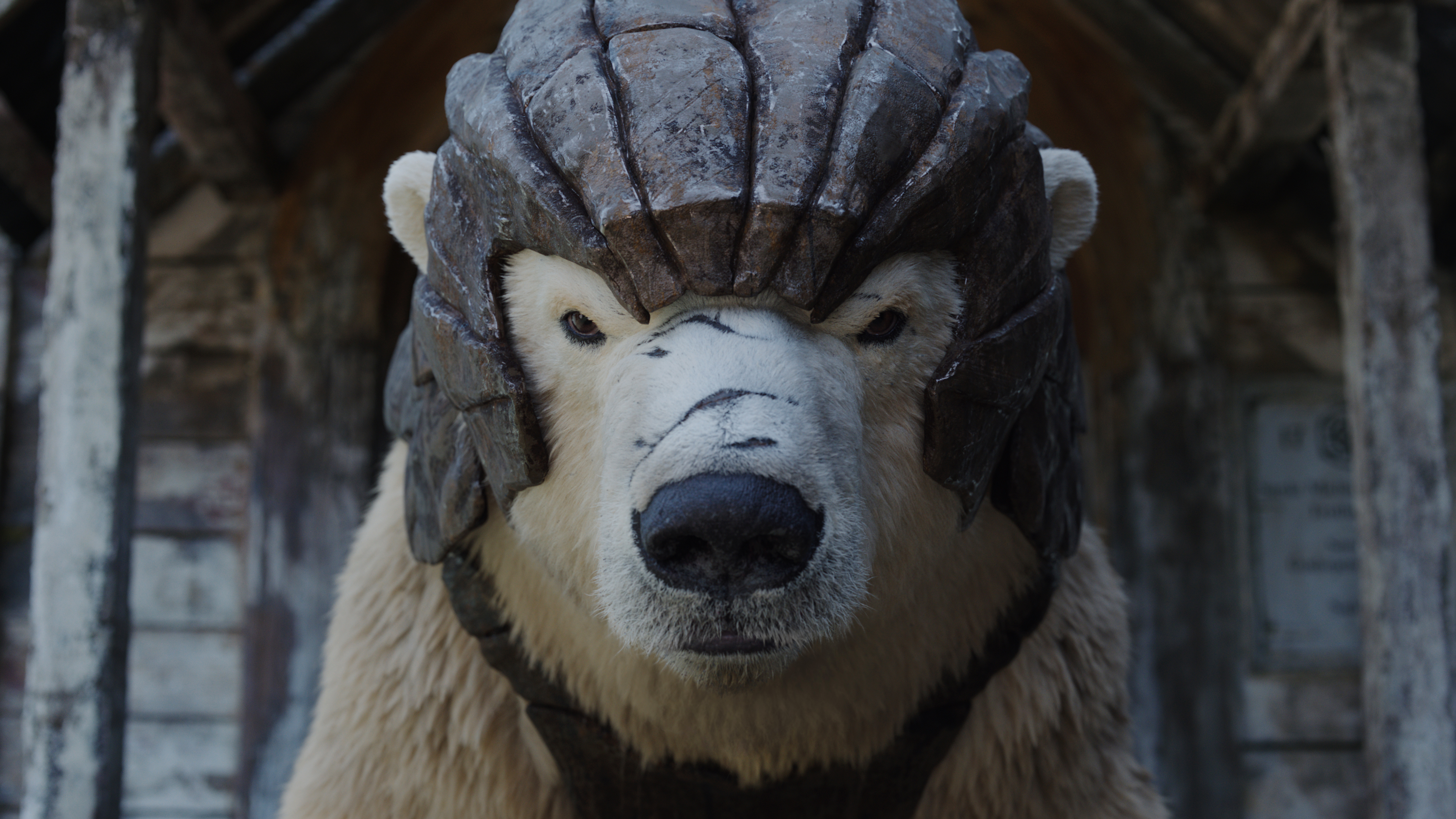 For the past three episodes, I had expressed my concerns about the pacing of this series. I wondered why they were in such a hurry, why they didn’t stick to the chronology of the books, and I worried if it would spoil the story going further. I am still a bit concerned about the last part, and what the future brings for ‘His Dark Materials’ will become clear only after the season is done with. But for now, focusing on the fourth episode of the series, I must say that whatever qualms I had with the show have been put to rest. Whether or not the series continues to deliver like this is on the next few weeks. But this week, we can revel in the glory of Iorek Byrnison and the excitement that his and Lee Scoresby’s entry has infused in the show.

‘Armour’ begins with Lyra and the Gyptians reaching Trollesund. Their primary motive is to ask the witches for their help. Farder Coram makes the task easier owing to his previous relationship with one of the important witches, Serafina Pekkala. But soon, they figure out that in order to defeat the Magesterium, they need muscle too. It comes to their attention that an armoured bear by the name of Iorek Byrnison lives in town. Lyra and Pan try to come up with ways to employ him to their cause, but they are not the only ones looking for him. Aeronaut Lee Scoresby has come a long way to look for his friend. However, the bear doesn’t seem to be in the mood to entertain anyone.

There are many, many characters in the world of His Dark Materials, but Iorek Byrnison and Lee Scoresby are one of those who have been fan favourites ever since their introduction. In the last three episodes, the series went through some ups and downs and had some inconsistencies which led us to believe that it might go downhill because of all the small things raking upon it. However, the fourth episode renews the promise of the adventure and excitement that fans associate with the world created by Philip Pullman. The introduction of two fan favourites, at once, has breathed new life into the show and there is no doubt that this episode is the best one yet.

Once again, the production value for the series is off the charts. From creating the town of Trollesund to sending a polar bear on a rampage through the town, it is money well spent. The interiors of the Magisterium have been perfected too. The building which serves as the headquarters gives off the vibes of the organization. There is richness in its halls, but also an unnerving quietness. Despite its opulence, you wouldn’t want to be in this building and you wouldn’t want to be a part of this organization.

In the last episode, Ruth Wilson’s Mrs Coulter had gotten herself in trouble with the Church due to the debacle surrounding Lyra and her whereabouts. At first, it seems that despite the control she seems to exercise on everyone around her, she might be just another pawn of the organization she works for. That they are more dangerous than her, and she is easily disposable for them. But lovely Mrs Coulter is better than that. Staying consistent with her character, which is shrewd and cunning, she continues to deliver one twist after another, showing that she is the one puppeteering everyone around.

Coming back to Trollesund, which is the main location of the episode, Lyra has officially reached the North. The Northern Lights have begun to dance in the sky, and as we move farther in, it will get even more beautiful as well as dangerous. Can a 12-year-old really take on such a perilous journey? Our worries about Lyra are quelled once we get to see her in action. She not only plays Lee Scoresby, who has a reputation for playing others, but she also befriends Iorek, the bear who doesn’t want to be anyone’s friend. The Gyptians are on the right path, but Lyra is the one contributing the most to their cause. By gaining them two very powerful and useful allies, she has proved that whatever danger confronts her, she will be ready to trick her way through it.

Overall, ‘Armour’ fuels life into the series that was struggling to find its ground despite the many things to its advantage. Be it giving the right steer and speed to the storyline, the character development, or the introduction of new allies and adversaries, the fourth episode is a mighty win for ‘His Dark Materials’. If this is what the rest of the series continues to be like, we have a great many things to look forward to.