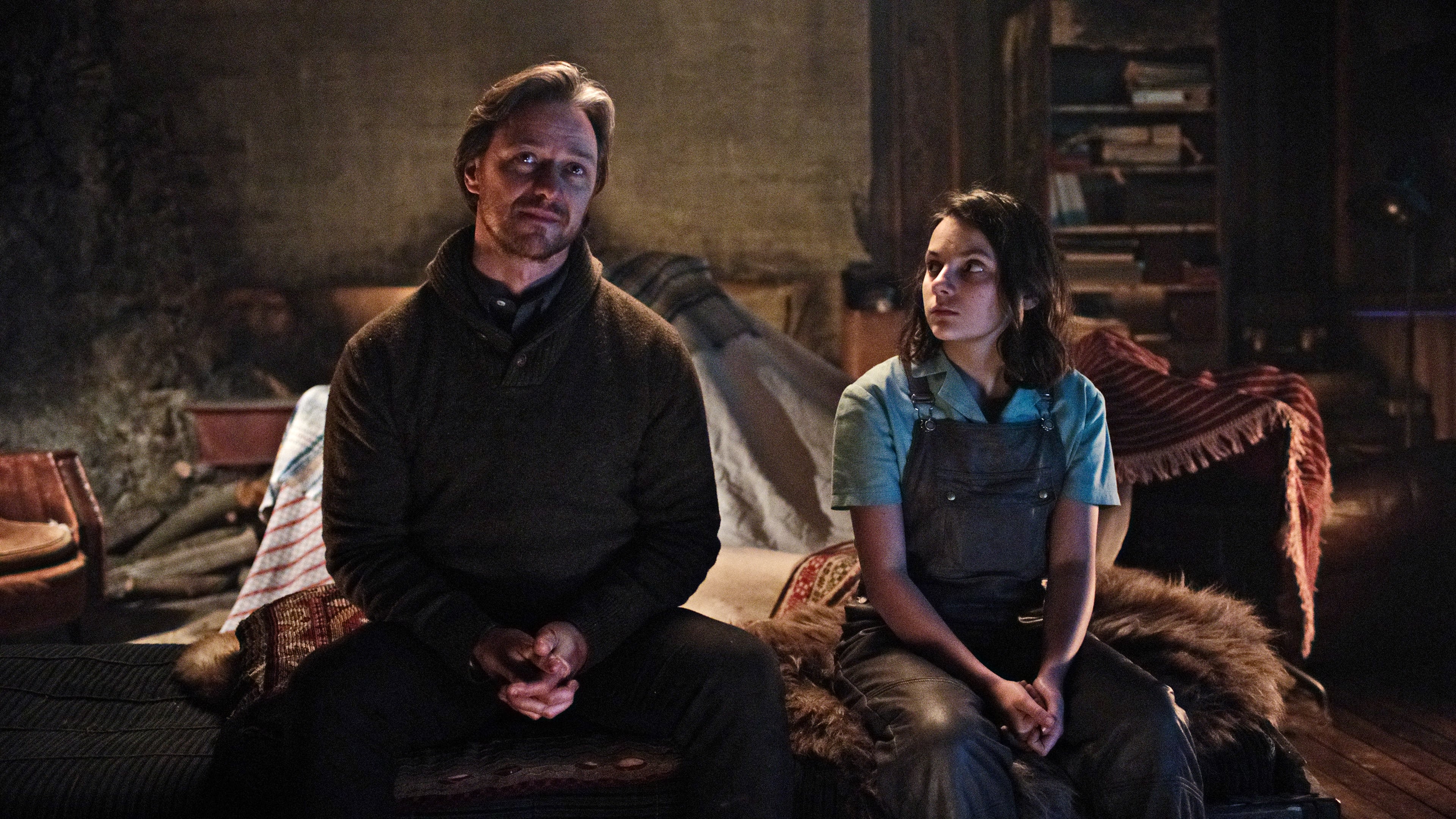 As I have followed ‘His Dark Materials‘ over the course of the past eight weeks, I have witnessed a gradual shift in it. From my review for the first episode to that of the finale, I have seen the show grow, coming out of its initial restlessness about how to handle the story. Some times, I wanted it to slow down; other times, it was not fast enough. But a couple of episodes later, it settled on a constant pace, and with the finale, it accelerates full speed into the future that is nothing but exciting. With the finale, it reaches new heights and from there on, enters a completely different level of the fantasy genre.

Lyra finally unites with Lord Asriel and prepares herself to assist him in his research of Dust. However, he never was interested in including her in anything. To her horror, Lyra realises that her father has taken away her best friend, and knowing what he means to do, it doesn’t bode well for Roger. Meanwhile, Mrs Coulter enters the picture with guns and airships and a battle ensues in Svalbard while Asriel creates a doorway to another universe.

Roger Parslow is the trigger of Lyra’s story. He is the one for whom she leaves Jordan and then runs away from Mrs Coulter. Every time she does something dangerous, she is thinking about rescuing Roger. So, when he has to die to make her father’s dreams come true, it is devastating, for her as well as for the audience. Having read the novels, I knew exactly where the first season arc of ‘His Dark Materials‘ was headed, as did other fans of the series. I knew that Roger was not going to survive this. And yet, even as the expected played out in front of me, I was heartbroken to see him go. If this doesn’t prove how good this episode was, then I don’t know what else to say.

The challenge for the writers of ‘His Dark Materials‘ was that most of their audience knew the whole story; they knew the twists and revelations, which already threatened the show with the label of predictability. To counter that, the writers brought in Will Parry’s world much earlier than expected. They also extended the role of Mrs Coulter and relied on Ruth Wilson’s magnetic portrayal to add another edge to the show, which worked out wonderfully.

The next thing they focused on was Roger, which culminated in scenes like him shouting out to Asriel about how Lyra is better than he thinks, comforting Billy Costa when both of them are in captivity, and that sassy way of writing the letter to Lyra in front of Mrs Coulter, or that speech with which he gets the severed children to leave Bolvangar. Most of these scenes weren’t in the books. The addition of these scenes gave the show the opportunity to display the core of Roger’s character to us, and to the credit of Lewin Lloyd, we fell in love with that boy every time he appeared on the screen. I mean, look at that face! The writers knew the endgame and all of this stealing time for Roger pays off in the final episode.

Moving on from this (only on paper!), we also find Mrs Coulter and Asriel coming face to face for the first time on the screen. Ruth Wilson and James McAvoy had individually perfected their characters, and when they come together, it is all the better. Couple that with the magnificent visuals, which the show has always been great at, and you have a perfect finale.

Whatever concerns or problems I had with this season vanished away as swiftly as the daemon does after its human is gone (too soon?). Everything about this episode has been brought about attentively. Some goodbyes have been given enough time, while others work better when taking place abruptly. The characters make choices that become decisive points in their stories and show who they really are, and the actors have played their parts beautifully. Dafne Keen, especially, picks up even the fleeting emotions with dexterity. Pain, anger, love, hatred, determination- all these emotions fluidly dance on her face, mimicked by the movement of the Northern Lights in the sky. It is surreal and tragic at the same time, which is what makes this episode the best that ‘His Dark Materials’ has given to us in the past two months.