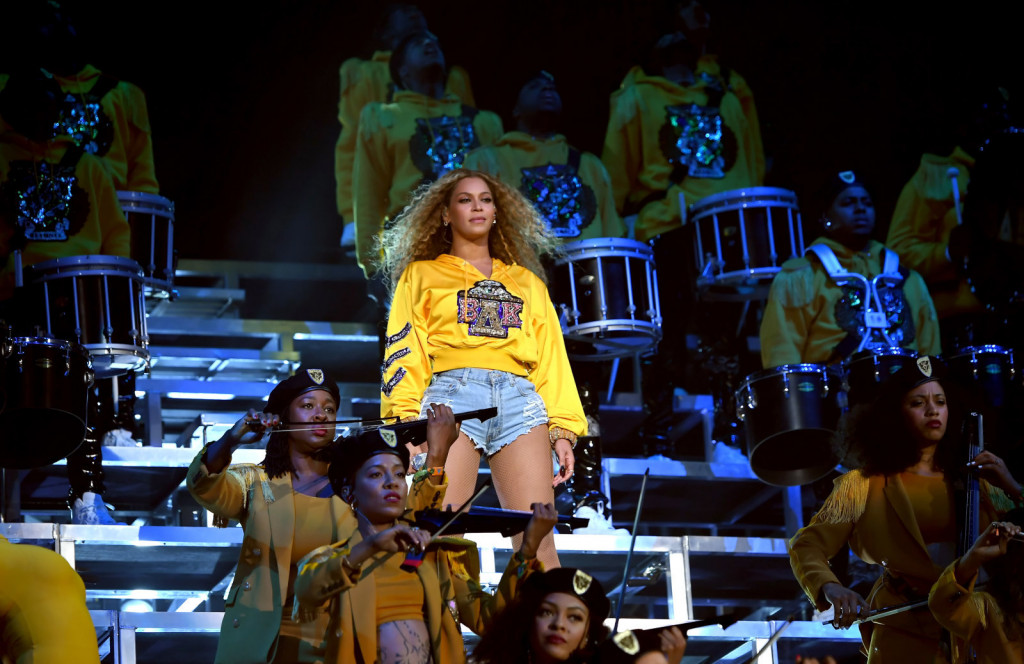 Netflix follows its cryptic ‘Homecoming’ tweet on Sunday with a rocking trailer of the upcoming Beyonce special. Touted as an exclusive Beyonce concert documentary, ‘Homecoming’ reportedly highlights Queen Bey’s 2018 performance at the Coachella Valley Music and Arts Festival. According to a Variety report, ‘Homecoming’ is an intimate look at Beyoncé’s historic 2018 Coachella concert.

The performance caught headlines when the singer paid homage to America’s black colleges and universities. The documentary captures the historic moment by oscillating between raw footage and interviews of the star before and after the phenomenal performance. The narrative explores her driving force behind the vision and the preparations in detail. It uses audio of Maya Angelou as a voice over for behind-the-scenes visuals of the preparations, which also provides brief glimpses of Jay-Z and Blue Ivy.

‘Homecoming’ finds the reasons to consider the concert as an emotional shift from creative concept to a radical cultural movement. Earlier, Netflix has sent the Beyhive around the world in a frenzy when it tweeted a single word and a date. The mysterious tweet appeared on the official handle of the streaming giant Sunday morning.

The announcement that appeared all the social media arms of Netflix, featured a yellow image with the word ‘Homecoming’ on it. The only other information provided in the design was a date, April 17. While Beyonce fans started buzzing around the post, Netflix kept mum. Though Netflix declined to provide any more details, Beyonce fans concluded that the font and color and of the announcement post was the same as Beyonce used during her Coachella performance.

Moreover, Beyonce named a scholarship program she launched last year ‘the Homecoming Scholars Award Program.’ She is known for the secrecy of her projects in development and the Beyhive is accustomed to such shrouded secrecy in the past. Nobody knew a thing about her HBO special Lemonade in 2016 until the broadcaster turned up a special announcement. That’s typical Queen Bay style, indeed!

The Coachella concert was a milestone and very special for Beyonce both in a personal and political way. She became the first black woman to headline Coachella. She announced the Homecoming Scholars Awards Program to coincide with the historic event. The program aims to identify talents who attend Historically Black Colleges and Universities (HBCUs) and provide scholarships to them. Four HBCUs will get a $25,000 scholarship each to award to a student of their choice.

The Grammy Award winner had a big bang opening at the concert with ‘Crazy in Love.’ Beyonce was accompanied by a New Orleans-style brass marching band. She appeared in a yellow hoodie with the Greek letters Beta Delta Kappa. According to Beyhive discussion forums, the hoodie was a reference to the Divine Nine, the five African American fraternities and four sororities.

The title ‘Homecoming’ is written in a font inspired by the Greek alphabet. Beyonce’s Coachella performance was thematically based on the spirit of homecoming weekend as celebrated by the HBCUs. The symbolism was a cryptic reference to the black Greek culture. Beyonce also released a merchandise collection under the tag ‘Homecoming’ right after the performance.

‘Thank you, Coachella, for allowing me to be the first black woman to headline. Ain’t that ‘bout a bitch?’ was Beyonce epic reaction after the concert. The singer was supposed to headline the festival in 2017. But as she was pregnant with her twins, Lady Gaga headlined instead of her, leaving the Beyonce fan army across the globe in a rage.

What the trailer below.

A Beyonce documentary dropping on Netflix is a sign of the streaming giant’s move into more untouched territories. ‘Homecoming’ is set for an April 17, 2019 release.