It seems Netflix is on a mission to make available everything under the sun on their lists. If you belong to that ever-growing group of people who are anxious about losing their connection with creativity, Netflix has the cure. It’s natural that we lose our organic connection with art and artistic ideas. But Netflix lists a number of stunning art documentaries for us to watch. They give us a getaway from the usual stuff we have been watching. And for those who really care about the world of arts, these documentaries open up a massive world of information and insights. With all that said now, here’s the list of really good art documentary movies on Netflix that are available to stream right now.

‘Abstract: The Art of Design’ is a gem for design geeks, and for curious ones, its a vault of information about ‘the design‘, both as practice and aesthetics. Netflix has dedicated a wholly original series exploring the different facets of creation blanketed under the single term, ‘design.’ The documentary features some of the most innovative designers working in our time, including illustrator Christoph Niemann, sneaker designer Tinker Hatfield, stage designer Es Devlin, architect Bjarke Ingels, automotive designer Ralph Gilles, graphic designer Paula Scher, photographer Platon, and interior designer Isle Crawford.

The series tries hard to provide a comprehensive outlook towards design by balancing the art and science of the process. By showcasing great designers from every discipline as well as dramatically different approaches, the makers offer us a fabulous viewing experience. By the end of the documentary, it plants the seeds of awareness about how design impacts every aspect of our lives and shape the world around us. Netflix is streaming all episodes of season 1 of ‘Abstract: The Art of Design’ now. 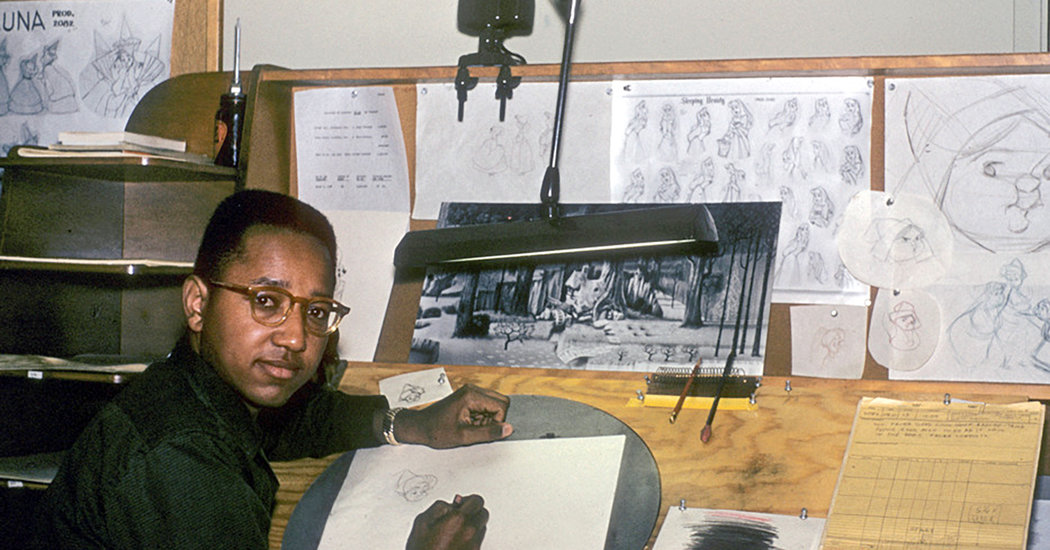 ‘Floyd Norman: An Animated Life’ documents the stunning life and work of the animator legend, Floyd Norman. The documentary explores his multifaceted persona with a microscopic attitude. We see an animator, a storyteller, a provocateur, and a fighter in the 80-year-old artist. Floyd Norman’s career trajectory entangles with the history of Disney in a weird way. He was the first African-American animator at Disney, and one of the last artists who worked directly with Mr. Walt Disney. Norman created animation classics like ‘Sleeping Beauty,’ which was his first Disney feature, and ‘Jungle Book,’ which he called his last hands-on animation movie.

The documentary also sheds light on his controversial forced retirement at the age of 65. Norman could never digest the idea and he concocted a scheme to counter the company. While dropping off his wife, who was working for another section at Disney, Norman would park and never leave until she returns. In the meantime, he would walk around, chat with other artists, finish his commissioned work when he comes across a vacant cubicle, and often provide other staff with creative ideas. Norman’s unique protest became instantly popular within the company as ‘Floyd-ering.’ Netflix is streaming ‘Floyd Norman: An Animated Life’ now. 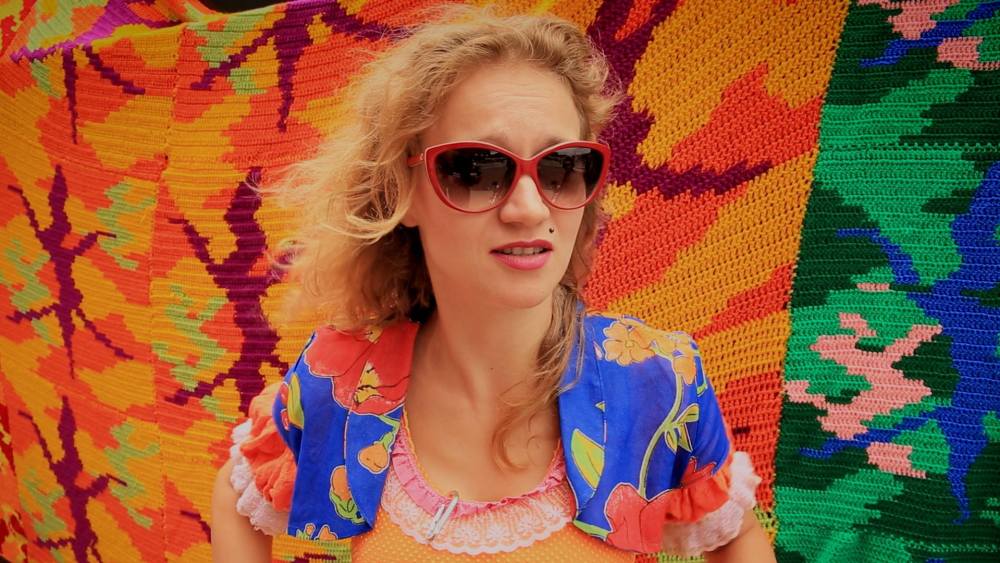 ‘Yarn’ is a poetic take on the tales engraved on every stitch. The documentary explores the crucial role of traditional crafts of crochet and knitting in modern art. We see various international artists and knitters who imprint their extraordinary visions and stories using a simple skein. Global names like Olek, Tinna Thorudottir Thorvaldar, Toshiko Horiuchi MacAdam, and Tilde Björfors showcase their knack for creativity in the visuals. The documentary prompts us to redefine our relationship with yarn. It brings together wool graffiti artists, circus performers and structural designers, and shapes a visual tribute to the women who are behind the traditional crafts of crochet and knitting. While paving way for some of the latest trends in modern art, they are taking a creative stance. Starting from Iceland, ‘Yarn’ is a colorful and creative journey through the past, present and future of knitting. 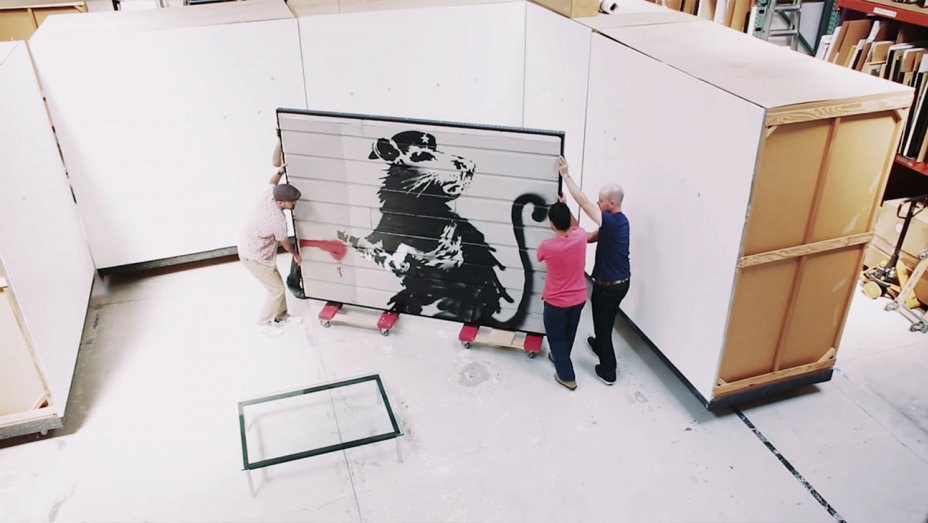 ‘Saving Banksy’ is the intriguing story of an art collector’s mission to save a Banksy painting from destruction. His business model is to remove the work at any cost and make it a possession of his gallery. The documentary showcases the life and work of one of the world’s top street artists, Banksy, and those who are in and out of his artistic sphere. But instead of freezing the focus on Banksy, ‘Saving Banksy‘ turns its head towards a New York-based gallerist who was instrumental in saving a public piece of Banksy’s work in San Francisco from being sold off at an auction. The documentary depicts the predicament of having an expensive painting in our possession, which the artist would never agree to sell. 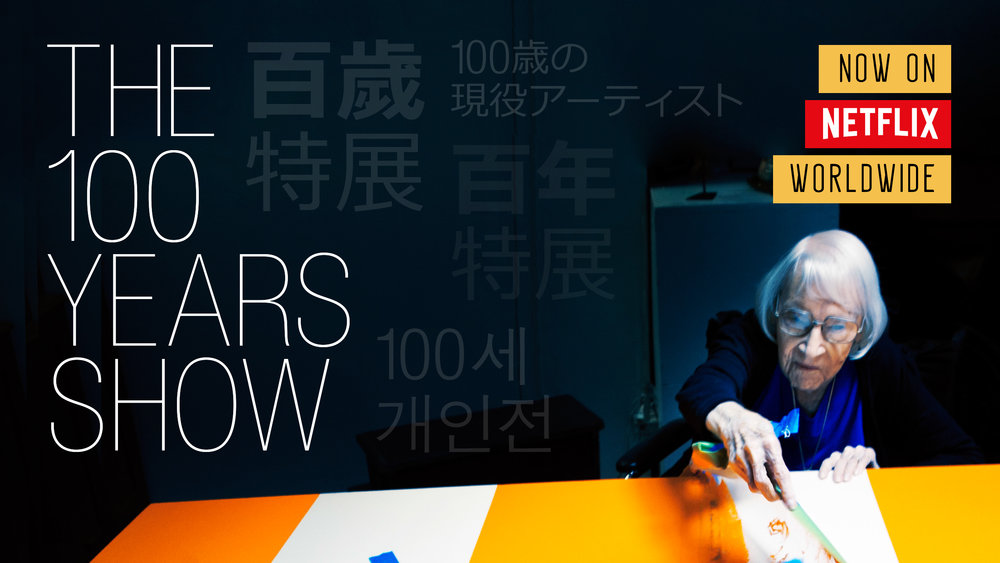 ‘The 100 Years Show’ is a stunning biography and a disturbing question mark at the same time. The documentary paints the life of Carmen Herrera, one of the oldest working artists today. Having started as a pioneer in abstract painting in the art scene of the ’40s and ’50s, Herrera worked her way ahead without any significant recognition until she turned 100! ‘The 100 Years Show’ documents this saga of astonishing patience and perseverance with utmost care and sensitivity.

The art market and galleries ignored her for nearly seven decades. It was her husband who encouraged her and kept her active. He, however, didn’t live to see his wife rise to fame. The documentary traces Carmen’s legendary journey through art movements, continents and important people in her life, with her unrelenting dedication to her medium of expression. Many of her peers went on to garner fame and wealth much before her. ‘The 100 Years Show’ also questions the tradition of overlooked artists’ repertoire because of their gender, race or nationality. When major institutions in the art scene finally started noticing her and the modernist abstractions, Observer called Carmen ‘discovery of the decade.’ ‘The 100 Years Show’ is a testimony of Carmen’s artistic vision and art’s power to win over market forces. 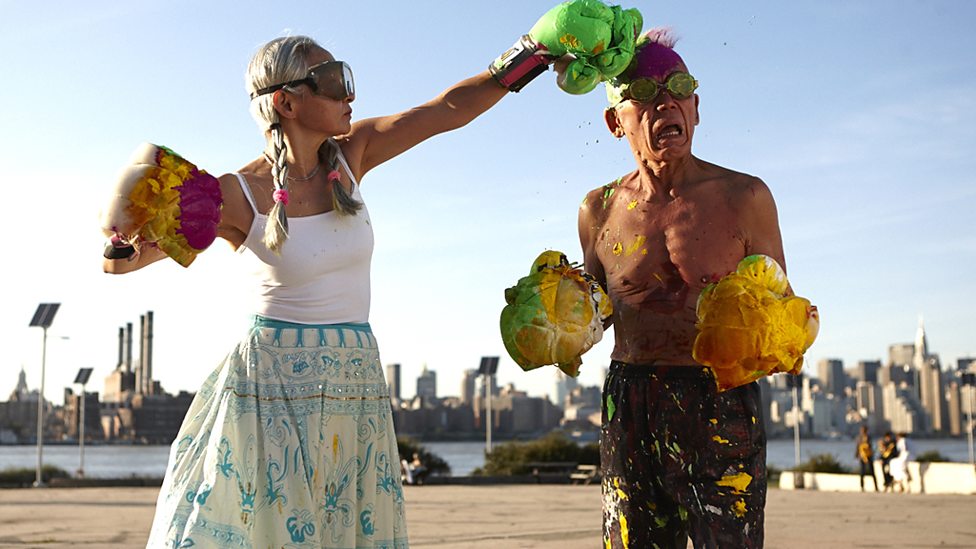 ‘Cutie and the Boxer’ is a chaotic portrayal of the lives of boxing painter, Ushio Shinohara and his wife, Noriko. Shinohara was the celebrity painter in the New York art scene of the vibrant ’70s. The couple celebrates 40 years of their haywire marriage in the documentary. We see the 80-year-old boxing painter Shinohara preparing for his latest show. He is optimistic about rebuilding his career from scratch.

On the other hand, his wife Noriko is worried about her role as assistant to the fiercely dominating Shinohara in his shows. So, she invents a solution which helps to keep her identity. Noriko starts drawing her own illustrations and gives it the name ‘Cutie.’ The unique and powerful illustrations earn her recognition and fame in the New York art scene alongside her artist hubby. ‘Cutie and the Boxer’ is about the relationship between Shinohara and Noriko as much as about art. The beautiful documentary becomes a tribute to a weird but poetic domestic partnership between a man and a woman — two lives joined together by their love for art. 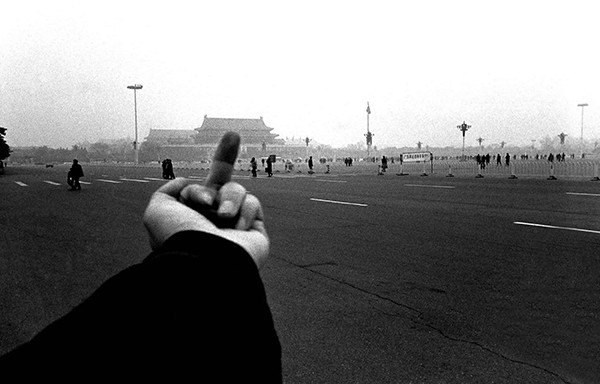 ‘Ai Weiwei: Never Sorry’ is a kaleidoscopic biography of the controversial Chinese artist, Ai Weiwei. The documentary identifies his as great architecture, a subversive artist and political activist. For the western media, Ai Weiwei is a name synonymous with rebel due to his fight against the Chinese government and its anti-human policies. Ai Weiwei raises his voice for greater transparency on the governmental affairs of the People’s Republic of China. When he openly criticized the deaths of more than 5000 students in the Sichuan earthquake, Ai Weiwei became undesirable in the eyes of the Chinese Government. Filmmaker Alison Klayman spent three years following Weiwei.

The documentary systematically documents his rise as a distinct voice through social media platforms available in China. With the controversial arrest in 2011 in Beijing, international media starts heeding the perpetual opposition voice from China. Today, Weiwei is an international name synonymous with art and activism. The documentary inquires how Weiwei expresses his concerns and visions amidst strict censorship laws and an indifferent legal system. ‘Ai Weiwei’ becomes a visual document of the most controversial Chinese artist of modern times as well as how the lines between art and politics are blurred in the digital era. The man stands as a living symbol of the never-ending dual between the state and the artist. 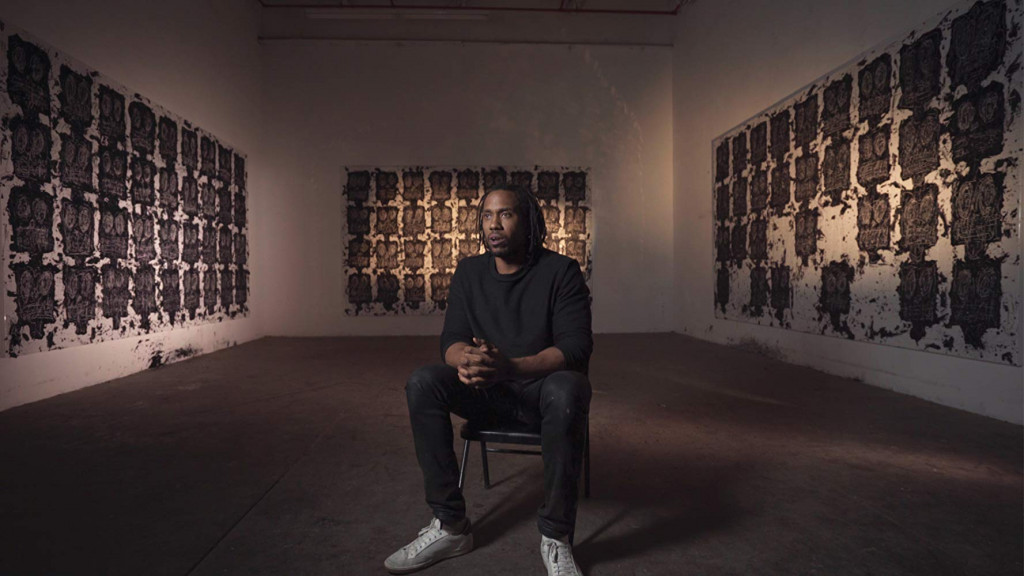 ‘Blurred Lines: Inside the Art World’ is an acidic depiction of the commercialization of the art scene. The documentary features prominent artists and several tycoons from the industry who open up about the presence of money in contemporary art. Filmmaker Barry Avrich interviews collectors, artists, auction house specialists, curators, critics, and dealers to find the invisible threads. ‘The contemporary art world can be summed up as rich people trying to prove how rich they are,’ reveals an art scene insider in the documentary. ‘Blurred Lines: Inside the Art World’ is an eye opener with its anecdotes, revelations, in-depth research, and skillful execution. Barry Avrich outlines every integral player in the art industry and peels the layers of the art economy.

A complex and perplexing ecosystem of money and art unravels before us as a stunningly convincing first-hand report. The narrative takes us behind the glitter of million-dollar auctions and celebrity artists. Barry Avrich makes maximum use of the extraordinary access to industry insiders. Prominent artists like Damien Hirst, Julian Schnabel, Taryn Simon and Marina Abramovic also appear in the documentary with crucial statements.